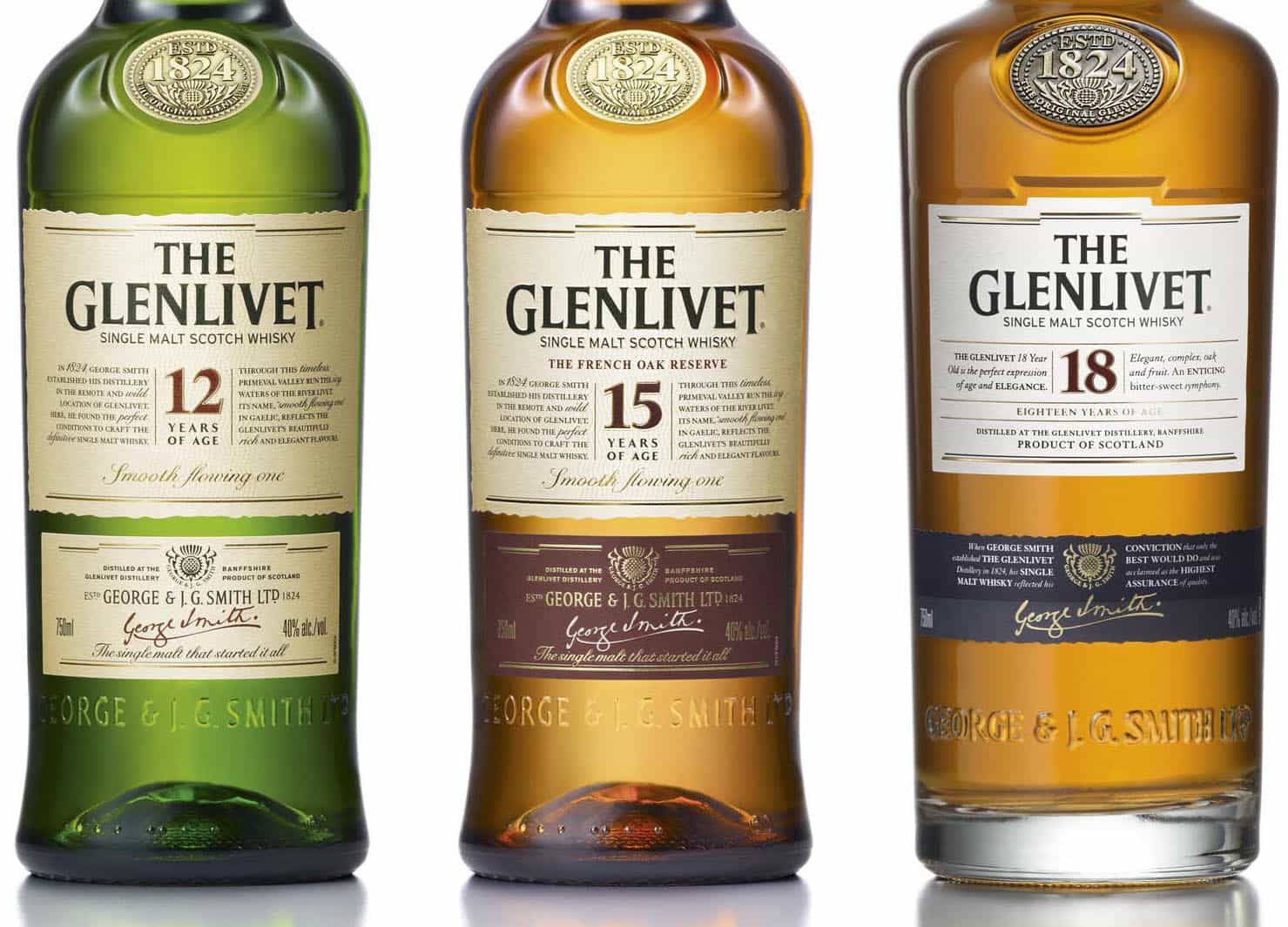 Glenlivet is nudging out age statements – well, one at least. In certain markets, the new Glenlivet Founder’s Reserve is going to replace the Glenlivet 12 Year Old.

You’re all to blame. Which is to say, global whisky demand is creating a bit of a supply problem for major distilleries. So I thought I’d conduct a vertical tasting of Glenlivet’s core range, while there are still numbers attached to them.

The Glenlivet distillery was founded in 1824 by George Smith, just after the Excise Act that permitted the formation of legal, licensed distilleries. It’s located near Ballindalloch. It merged with the Glen Grant Distillery in the 1950s, the first of several corporate mergers that led to it eventually being owned by Pernod Ricard as it is today. This distillery is the world’s second best-selling single malt whisky, second only to Glenfiddich. It produces a staggering 5.9 million litres of spirit each year.

So what’s the world getting for its money? I decided to try the three main bottlings – the 12 Year Old and 15 Year Old, both of which are bottled at 40% ABV, and the 18 Year Old, which is bottled at 43% ABV. 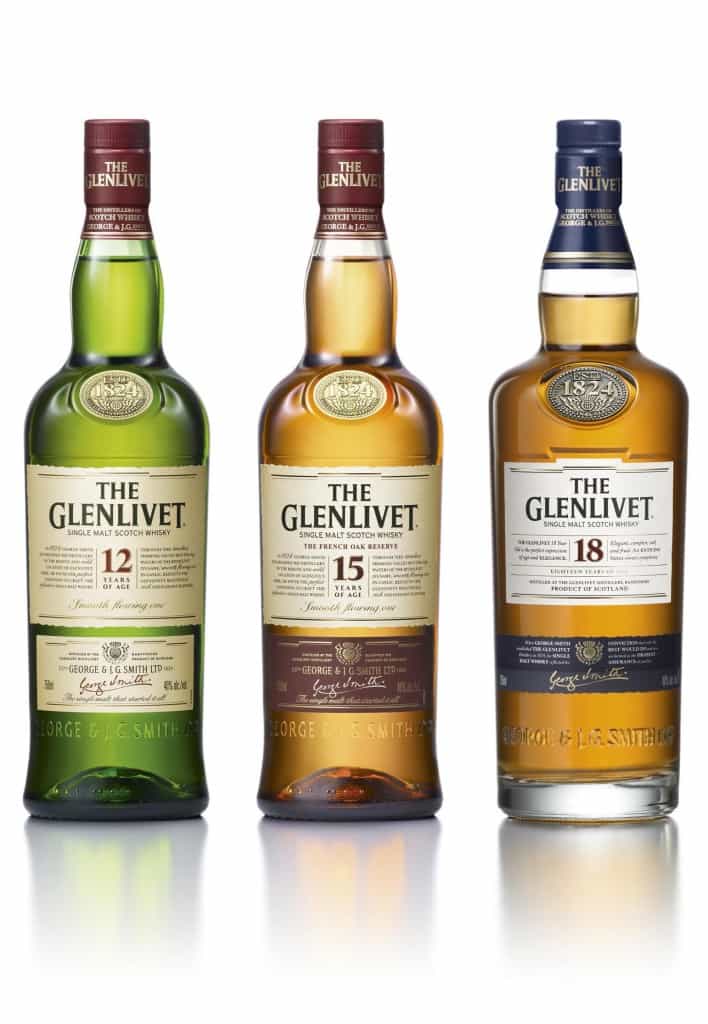 In the mouth: flat Shandy Bass! The kind that kids used to buy in the 80s and pretend to be grown-ups. I suppose it’s okay to get people into whisky if they’re not used to the taste, but there’s not really much to write home about. It’s as vanilla as a product like this is meant to be. Shame as the nose was pretty good.

Colour: deep copper, burnished. On the nose: really flat nose compared with the estery 12 year old. Not very forthcoming at all, but eventually one can discern classic (if distant) dried fruits and a little maltiness.

In the mouth: not unpleasant, but a little flat. That same shandy-note, cider, pears, apples all comes through here on the tasting of the 15, and it’s got a nice rounded texture. Dried apricots. A slight doughy, yeasty flavour with a malt core. But it’s very uninspiring stuff.

In the mouth: hints of toffee and vanilla, with woodspices and still some core barley notes. Honey and apple sauce, with a slightly herbal edge. This is the better of the three, in terms of the presence of flavours (you don’t have to go hunting for them – that’s probably the slightly higher strength), and to its credit has a velvety texture, but it’s… well, all very safe. It’s very conservative and mild. For over sixty quid, you’d really have to be a fan of the distillery to buy this.

These whiskies are bland and not worth the price tag. The Glenlivet is not only second to Glenfiddich on the sales front, but in terms of quality of taste. What the hell, they shouldn’t worry about the age statements. Instead, they should rip off the numbers – of all of them – and instead start bottling whiskies that make for more exciting calling cards.

For such a huge selling whisky today, arguably the biggest single malt out there depending on which chart you subscribe to. Very few enthusiasts talk..