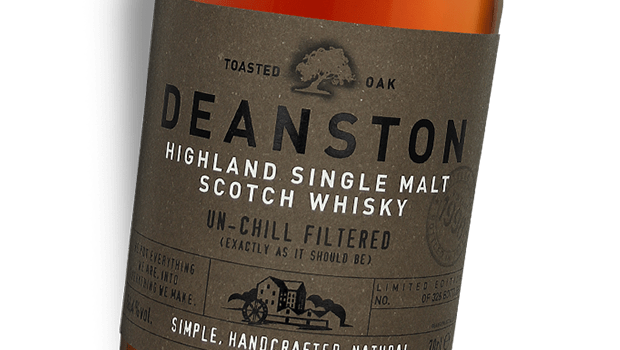 Another day, another Deanston. I’ve tried a fair few of them by now, and they’ve all been consistently good.

Opened in 1967 on a former cotton mill, Deanston distillery is located in Stirling, near to the Loch Lomond & Trossachs National Park. It was used as the location for the film The Angels’ Share. Owned by Burn Stewart Distillers Ltd, Deanston make artisanal whiskies, which is whisky crafted in the old-fashioned manner.

And speaking of artisanal methods: the Deanston Toasted Oak has been matured in re-charred ex-bourbon casks for nine years, before being moved into “ex-whisky” casks for another six years. Apparently eight different bourbon barrels were used, with four differing levels of char and toast. It’s bottled at 55.3% ABV and comes in at £85. 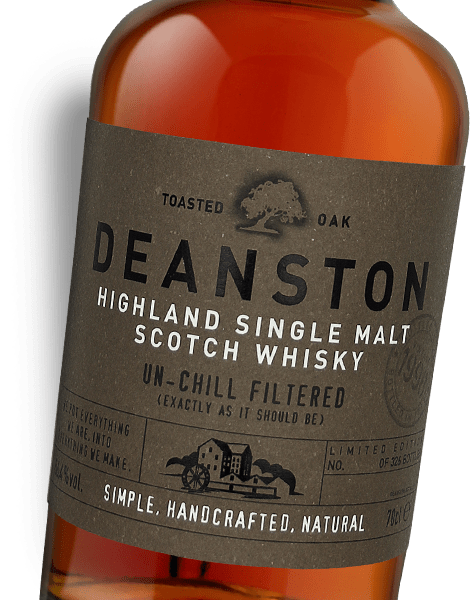 In the mouth: that’s rather nice! Again the aromas comes through in the mouth as well. The texture is quite light, but there’s some real presence of flavours here. A rush of sweetness: caramel, syrup, vanilla, redcurrants, blackcurrants – almost rum-like. A lot of wood spices coming through, and a touch of maltiness that tempers the sweet notes. Really pleasant and warming to drink. A touch of peppermint towards the end.

I enjoyed it a lot. So yes, another Deanston whisky – but another good Deanston whisky. I think what I’m saying is: if you’ve not tried anything from this distillery, you should give it a shot. This sample came from hardcore Deanston fan, Whisky Rover – see what he has to say about it.