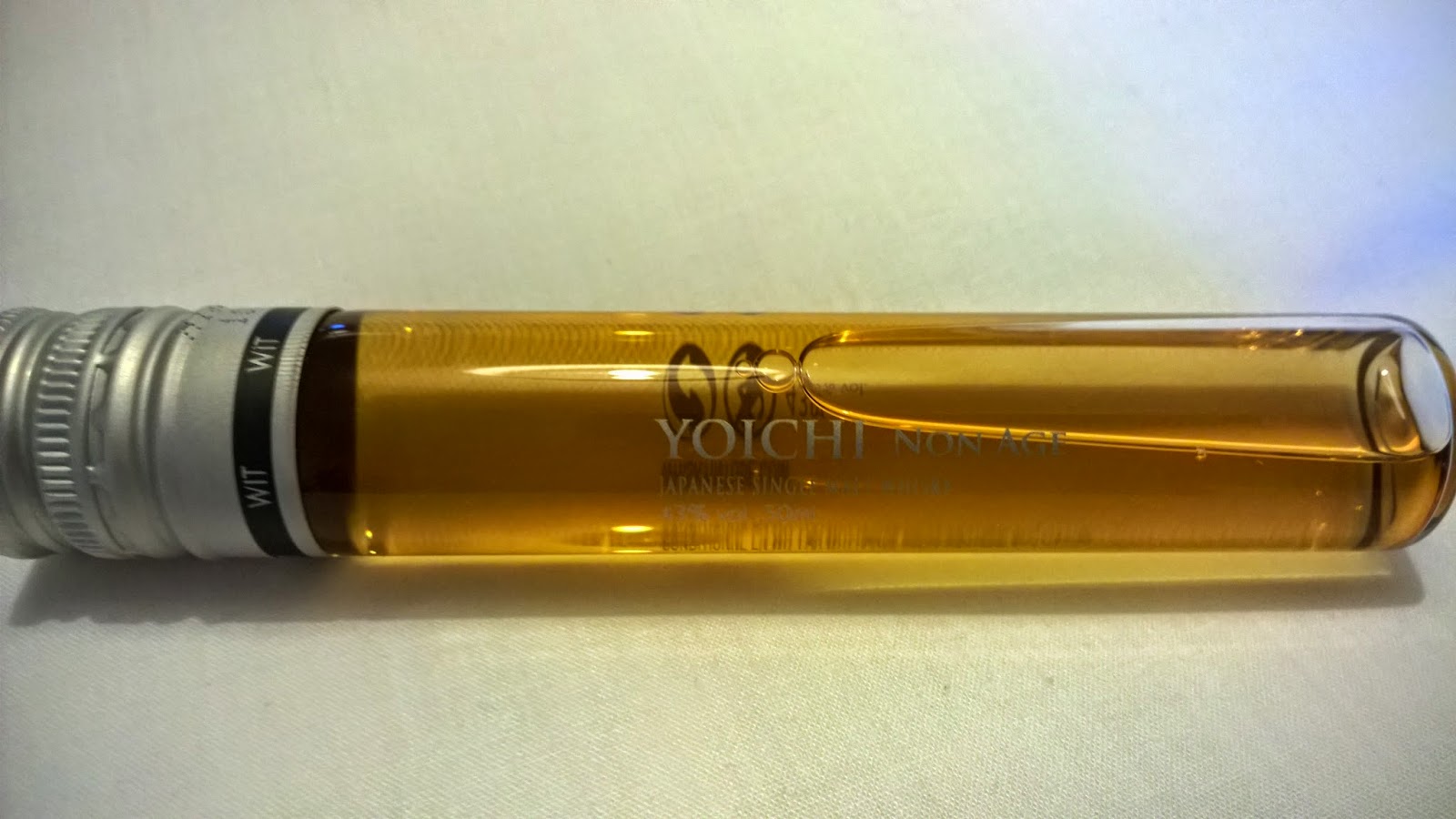 We’re nearly reaching the end of the Nikka malt sample box I picked up in Lisbon last year. I’ve written about Yoichi in greater detail when assessing the Pure Malt Black blend so I won’t repeat myself again here. Instead you’ll find that piece right here for more information on the origins of the distillery.

The demand for Japanese whisky has grown tremendously in recent years not only within its domestic market but also abroad. Currently whisky from this region is very fashionable and scores extremely highly in the annual awards dotted around each year. There just isn’t enough to satisfy demand and recent bottlings from the Scotch Malt Whisky Society such as those I tasted in December here are snapped up instantly.

The reaction is the arrival of more No Age Statement (NAS) releases such as this one from Yoichi or the more recent distiller’s reserves from Nikka’s great rival Suntory. For now until this bubble bursts (which it will eventually), this is something we’ll have to get used to. The most important aspect is always the quality of the whisky and the asking price – this NAS is more realistically priced than domestic releases from Scottish distilleries – or at least appears that way initially. Shipped as a 50cl bottle the equalivalent price of a 70cl would be roughly £50.56 which is overpriced even considering the country of origin. I suspect the profit per bottle here for Nikka is much higher than maintaining core age releases.

Colour: a field of wheat

Nose: an initial arrival of young wood, almost bamboo in its distinctiveness. For a non-age statement whisky this needs a little time and a drop of water to truly show some depth. Ah yes, now marmalade and most certainly juicy peaches. A wet woodland stroll followed by coconut, toffee and smoky chipotle.

Taste: more wood notes and again it needs time. Less detailed than the nose to be honest. Apples and toasted marshmallows. Freshly made Scotch pancakes (or drop scones to some) with a little melted butter.

I’m slightly disappointed by this. It is very engineered and whilst has a joyful nose and some distinct flavours, it lacks for want of a better word; a soul. At 43% it should be able to take a little more water than your average blend, but I find it rather delicate and unforgiving, as just a tad too much water and the above is washed away.

Our wee tour of the core Nikka blends and distillery offerings comes to an end with this Miyagikyo No Age whisky. I’ve enjoyed going back..