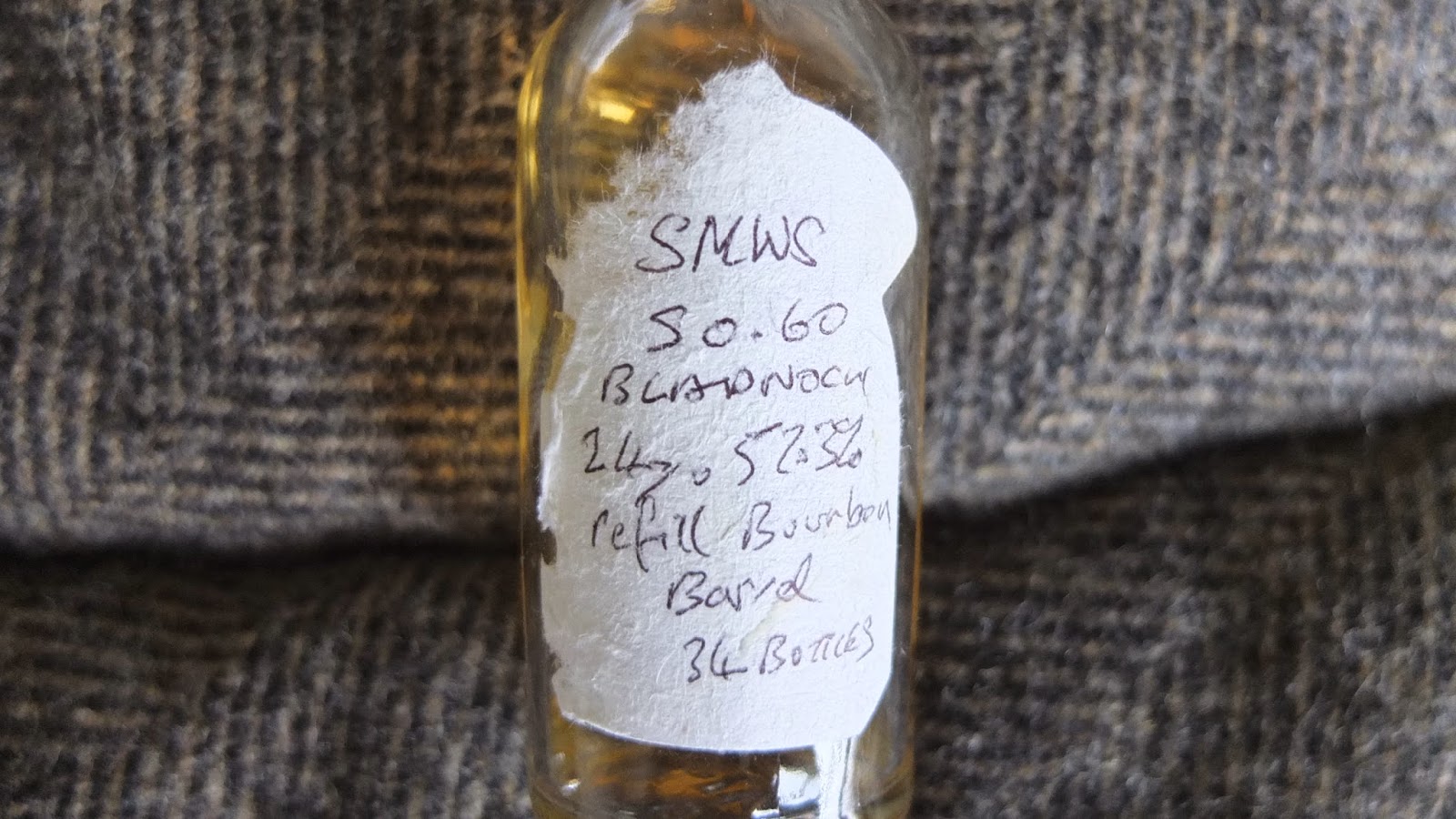 A year later and we’re still waiting for the next chapter in the adventure that is Bladnoch distillery to be written. For all concerned I hope we’ll have a positive outcome sooner rather than later.

Whenever I think about Bladnoch it’s the lovely single cask sherry butt bottlings they used to do now and again. For now Bladnoch lives on via the independent bottlers including the Scotch Malt Whisky Society. I had to laugh when they put Bladnoch down as a closed distillery on one of their monthly outturn releases; it seems premature as it will rise once again. Perhaps a dubious attempt to quickly sell a few bottles tagging onto the raised demand for closed distilleries?

In the case of this 24 year old Bladnoch the sample was kindly provided by the Jolly Topper. I was concerned when the cask only delivered 34 bottles. This can be through a variety of reasons including bad cask management, a leaky cask, poor storage conditions or just a freak of nature. Normally an outturn as low as this comes from a prolonged period in the cask and I’m thinking of the hugely aged Mortlach’s and Bowmore’s we’ve seen in recent years. Yet after just 24 years we’re down to 34 bottles? Unless it was a partial cask split with another company, which I don’t expect the SMWS need to do.

Taste: more wood and vanilla, honey sweetness, warm fudge, some oranges and a real density and thickness on the palate.

Well, I’d agree with the SMWS this is interesting from the perspective to show when a cask dominates the spirit and that important harmony is lost. It is drinkable but the wood has gone too far here and most of the complexity has been washed away.

After the disappointment of the last Taste review, I’m back for another Bladnoch but this time one that is truly sherry matured and therefore full..