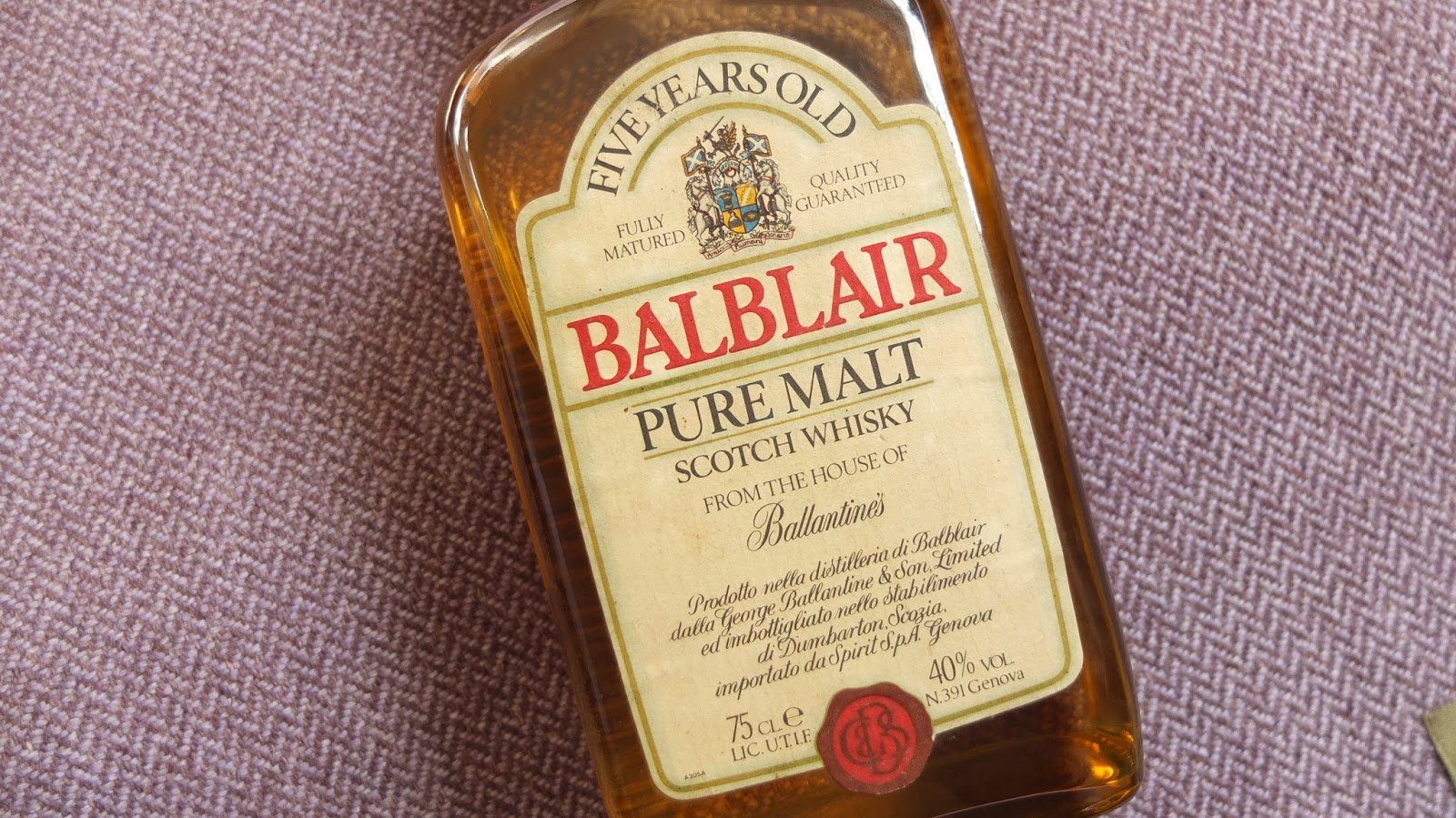 Balblair is the in-law’s local distillery and has been enjoying a resurgence of late thanks to some excellent whiskies. It’s great to see as the first time I tasted its whisky I was blown away by its characteristics; now others are catching on.

Variety is key to my interest and why I update Whisky Rover when I can. Whether its audio recordings, distillery tours or features, these articles fascinate me and hopefully someone else out there on the internet. During 2015 and beyond I want to try out some older whiskies not in maturation terms (although its always a nice treat) but rather when the bottle was distilled and bottled.

This brings me nicely to the 5 year old Balblair Pure Malt Scotch Whisky that I’ve tracked down. You’ll see these appearing at auction now and again as an example of whisky produced at the distillery during the 1970’s and 1980’s. During this period the distillery was owned by Hiram Walker then Allied Distillers who were responsible for the Ballantines blended Scotch. The bottle boasts that connection with Ballantines hopefully enticing that a passer-by to pick up the relatively unknown Balblair whisky in the hope of finding a familiar friend. Inver House took ownership in 1996 and recently Balblair has received much needed investment at the distillery and also raised its profile.

Part of the attraction of tasting an older whisky such as this, is also handling and exploring the design philosophy. The squat, rectangular shaped bottle is not in keeping with modern trends or the simple reverse label featuring a small drawing of the distillery. Most evident is the concept of bottling a whisky at just 5 years of age. Such whiskies are rare nowadays outside of bargain blends or supermarket white labelled offerings. Yes, we may struggle for age statements and many NAS offerings are arguably older than this Balblair, but I’m excited to see what it offers.

Colour: white grapes
Nose: more freshly washed white grapes, a little cinnamon, sprinkling of ginger and plump raisins. Crispy green apples as well coming through strongly and in the background a faint residue of smoke.
Taste: very light and inoffensive in the mouth like a cool breeze in summer. It’s here that the youthfulness shows up although it is one of those rare drams where the nose is largely replicated on the palate. A very chilled Portuguese green wine, white chocolate (milky bar springs to mind), a sprinkling of ash and white pepper.

This Balblair ticks all the easy drinking requirements. This is a perfect example of a whisky you can enjoy without too much effort or concentration. Not overly complex yet upon tasting it is more cultured and layered than many single malts you can pick up today at your local supermarket. Bored of today’s staple malts that offer mundane experiences? I know I am, so check out whiskies from a bygone decade and you could be surprised.