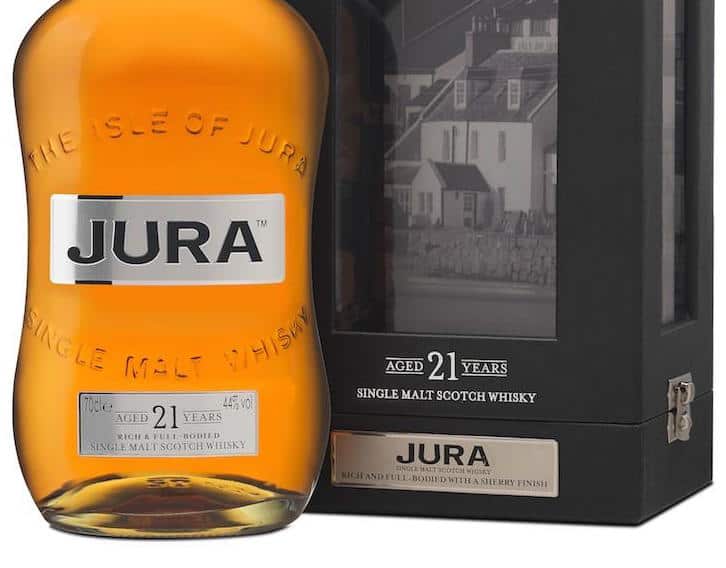 I have a confession to make. I am not a fan of the whisky that comes out of Jura distillery. There, I’ve said it.

Yes, I get it has a nice-shaped bottle. Yes, I know it has a nice name. And yes, Sir Richard Paterson, aka ‘the nose’, aka the guru behind The Dalmore – one of my top whiskies – is responsible for the spirit that come out of Jura. Yes, I know the Whisky Shop has peddled a gazillion bottles of the stuff (probably at a slightly higher price than anywhere else), and that it’s ever so popular with the great unwashed and so on and so on.

But I still have yet to drink a glass of Jura whisky that’s… well, any good really. Previously I’ve found the stuff as thrilling and appealing as applying for a mortgage.

When I met Paul Williams, one of the brand ambassadors for the Dalmore and Jura, at the Midlands Whisky Festival this year, he was determined to see that fixed. He knows of my obsession with Dalmore and attempted to convert me to the ways of Jura with a sample of the Jura 21 Year Old. It’s bottled at 44% ABV and costs around £100 a go (which, when you think about it, isn’t a bad price these days for a whisky of that age). 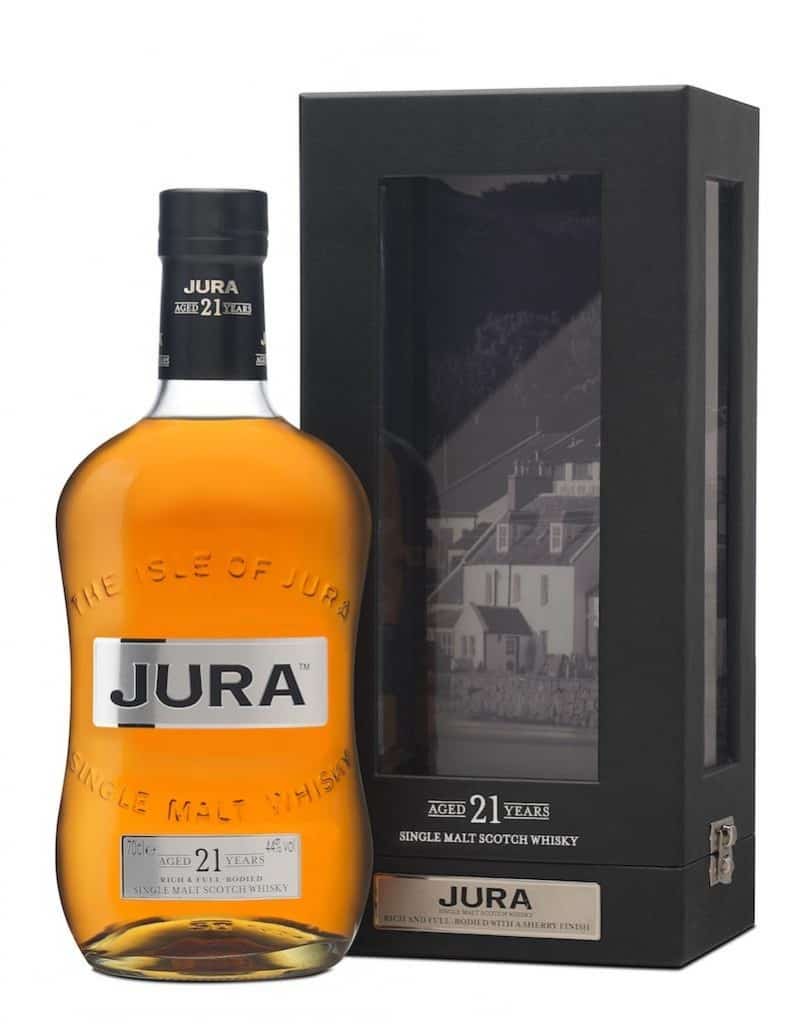 Colour: chestnut, russet. On the nose: very pleasant coastal, citrus tang to proceedings to start with. Then it’s layers of sweetness beyond. It’s actually a pretty fragrant nose, but delicate. Cream cheese, vanilla, the skin of an apple (rather than the apple itself). Just a subtle bit of brine.

In the mouth: much of the same as the nose, with some redcurrants, blackcurrants, blackberries maybe. Rhubarb crumble with a dollop of vanilla custard. Cider. Soapy, waxy. There’s a quality of oaky Chardonnay to this, and a richness that doesn’t quite get there.

The Jura 21 Year Old doesn’t quite rock my world, if I’m honest, but it’s certainly a nice one to kick back with. It’s very pleasant stuff. It feels like some clever cask maturation has helped this spirit to some extent, but I don’t think it’s going to convert me just yet to being a fan of Jura. At £100 you want a whisky to make you feel special, to whisper sweet things in your ear to make you justify parting with so much cash, but this one doesn’t quite have the charm.