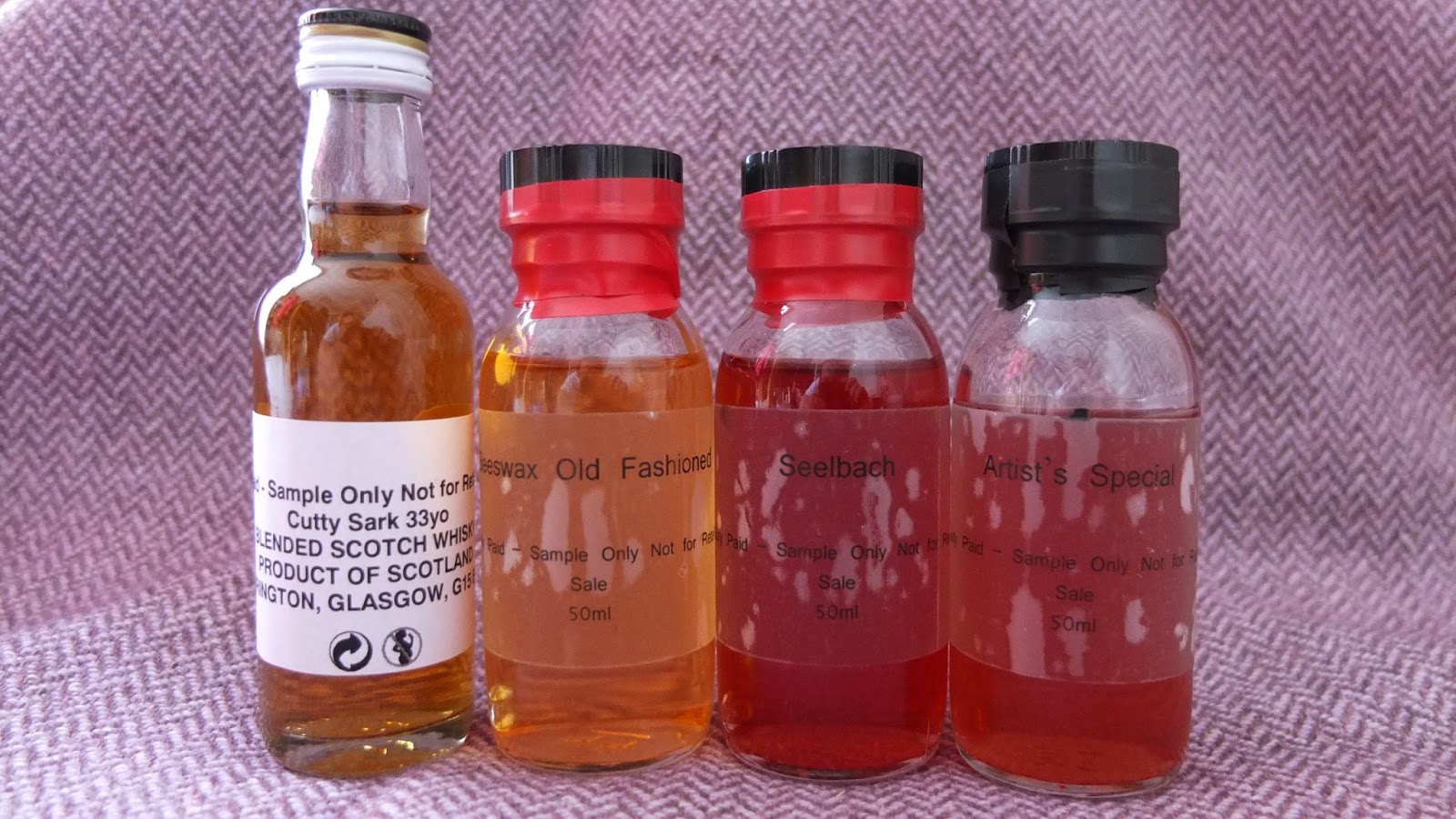 For this latest Tweet Tasting event Cutty Sark with the Whisky Wire decided to do something rather different. The core attraction was the inclusion of the recently released 33 year old Cutty Sark that has been inspired by the Art Deco period. Taking this afflatus to the next level they teamed up with the London based bar White Lyan who specialise in pre-mixed cocktails.

White Lyan have selected the most appropriate cocktails from the annuals of history to match up with the Cutty Sark Whisky and transport us back to bars of the era. The White Lyan hand craft all their own cocktails and don’t use ice, perishables or brands thereby ensuring a cocktail with the emphasis on quality. Apparently you can also purchase some items off-menu to take home; well, that might be worth trying next time I’m down in London.

The Art Deco period of the 1920’s and early 1930’s was a thrilling period across a wide spectrum of society, which remains an influence to many today. Often referred to as the roaring 20’s it inspired a classic film from Jack L. Warner of the same name and other enduring examples such as Louise Brooks in the dazzling Pandora’s Box or even Alan Parker’s memorable musical romp Bugsy Malone.

The centrepiece of this tasting is the 33 year old Cutty Sark that retails for £650 a bottle, which comes oozing Art Deco styling and packaging. Included are a mother of pearl inlay onto a piano black box, 2 matching glasses and a book that provides a snapshot of a remarkable period in our history. It has been a while since my last lavish treat (the Deanston 1974 Olorroso cask) so if I am truly impressed, well, you never know. This is the first tasting that has come with a menu and advance preparation necessary to truly appreciate these cocktails, as this photograph above shows. So lets kick off this voyage of discovery and I’ve included the ingredients of the cocktails and a little bit around their origins. 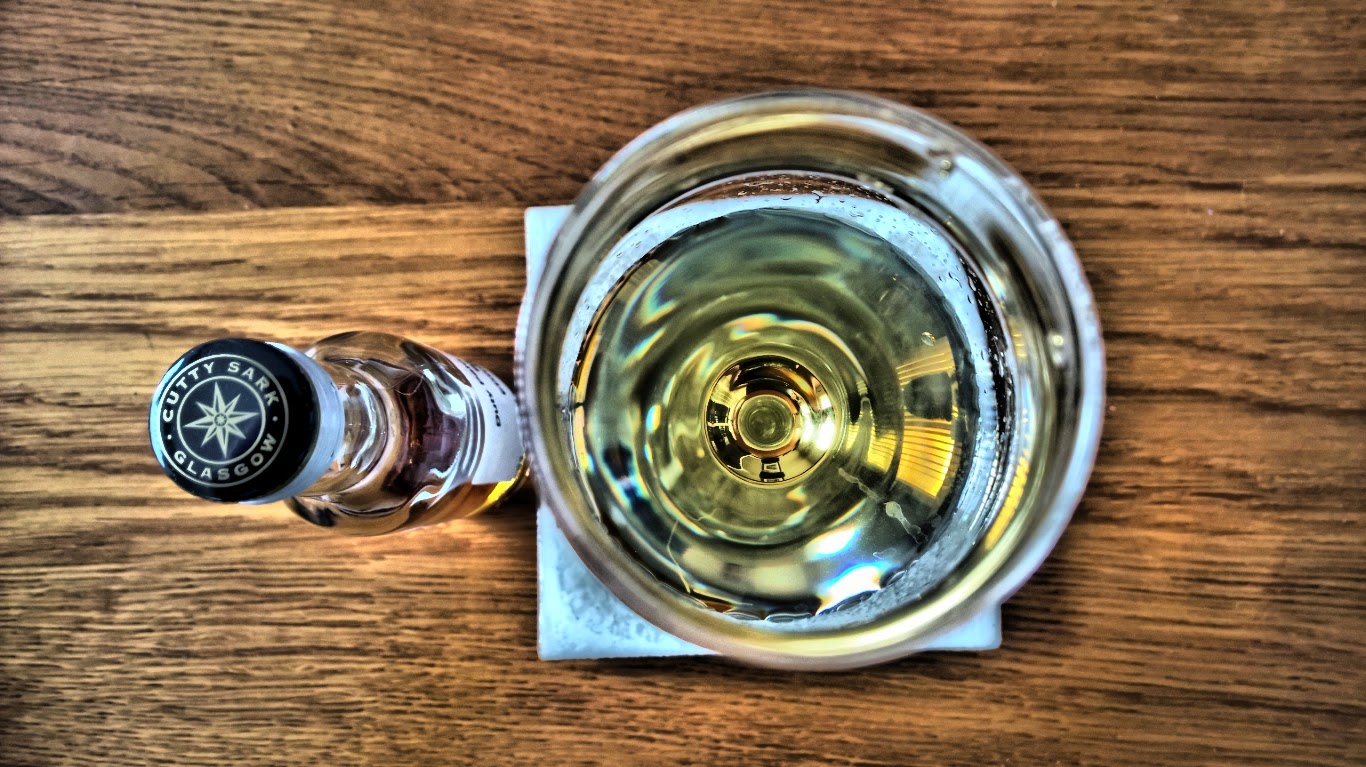 Nose: in a word impressive. You have the immediate sweetness of maple syrup, peaches, orange peel and broken meringues scattered with coconut flakes that took me onto the classic Tunnock’s Snowball. However its the complex assortment of spices that really draws you in as you walk down a spice aisle; cinnamon, nutmeg, cassia, mace and cloves. Rounding off quite a trip is all I can summarise as a the top of a pencil eraser.

Taste: the spices carry through onto the palate and the influence of wood with vanilla partners this journey. Very juicy on the palate with lemons, more peaches and oranges but in addition grilled pineapple glazed with honey and a touch of smoke. This takes me back to a 48 year old Glenlossie I enjoyed from Cadenheads. This Cutty Sark possesses the complexity and maturity that only the old style whiskies can only offer nowadays. As for the alcohol strength it actually feels much higher when you experience it, which is a surprise.

A perfectly created, complex and captivating blend by Kirsteen Campbell; a marvellous achievement and I wonder what the recipe actually is! She did reveal that it does feature 9 distilleries and a blend of 22 casks but that’s all she is divulging. 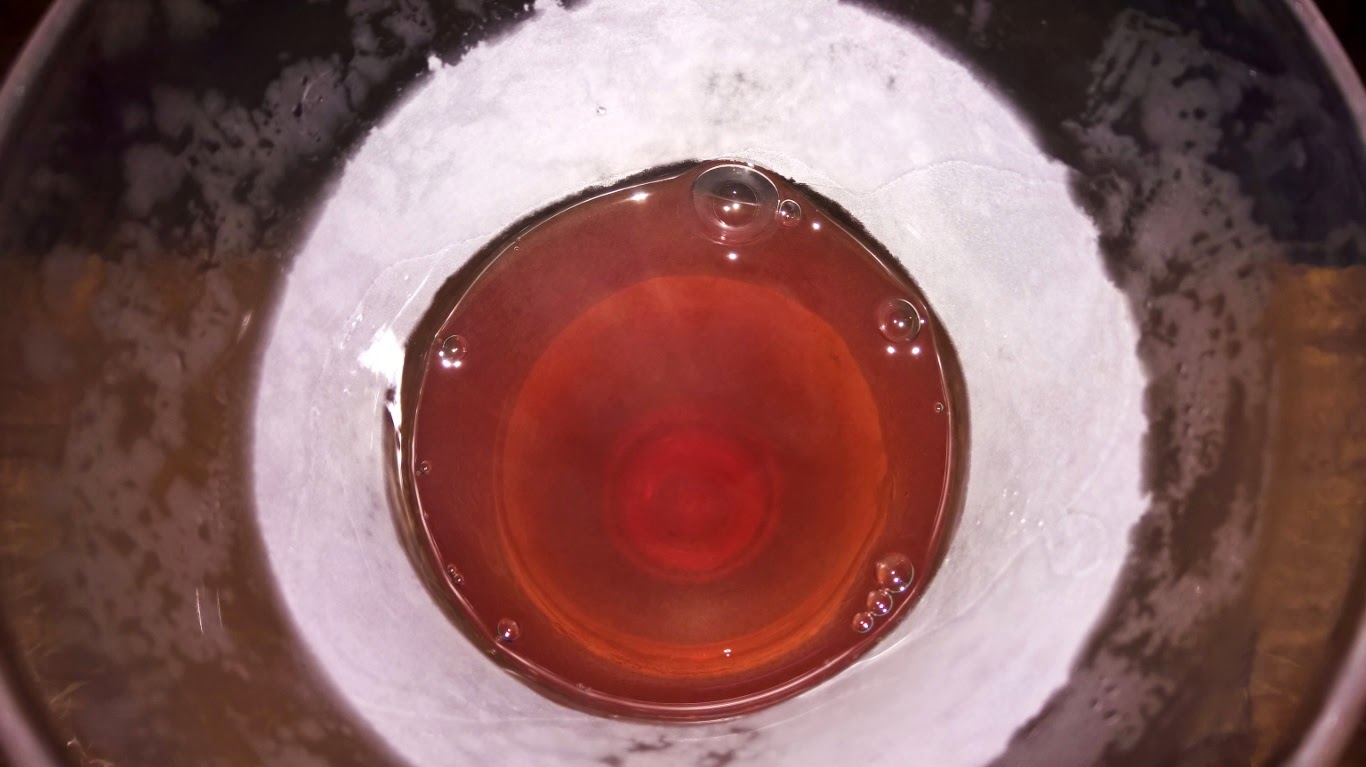 Artist’s Special (c.1927)
Cutty Sark, oloroso sherry, redcurrant, lemon
The recipe first appeared in 1927 before reappearing in the Savoy Cocktail Book from 1930. Felt to be from the Artists’ Club in Paris, this is the city where many wealthy American’s went to escape the rigours of prohibition.

Nose: tricky as the temperate holds back the character somewhat but Tizer and red berries come to the fore.

Taste: an effective bridge forms thanks to the redcurrant between the sherry and whisky with the lemon lifting the whole experience and a touch of bitterness. 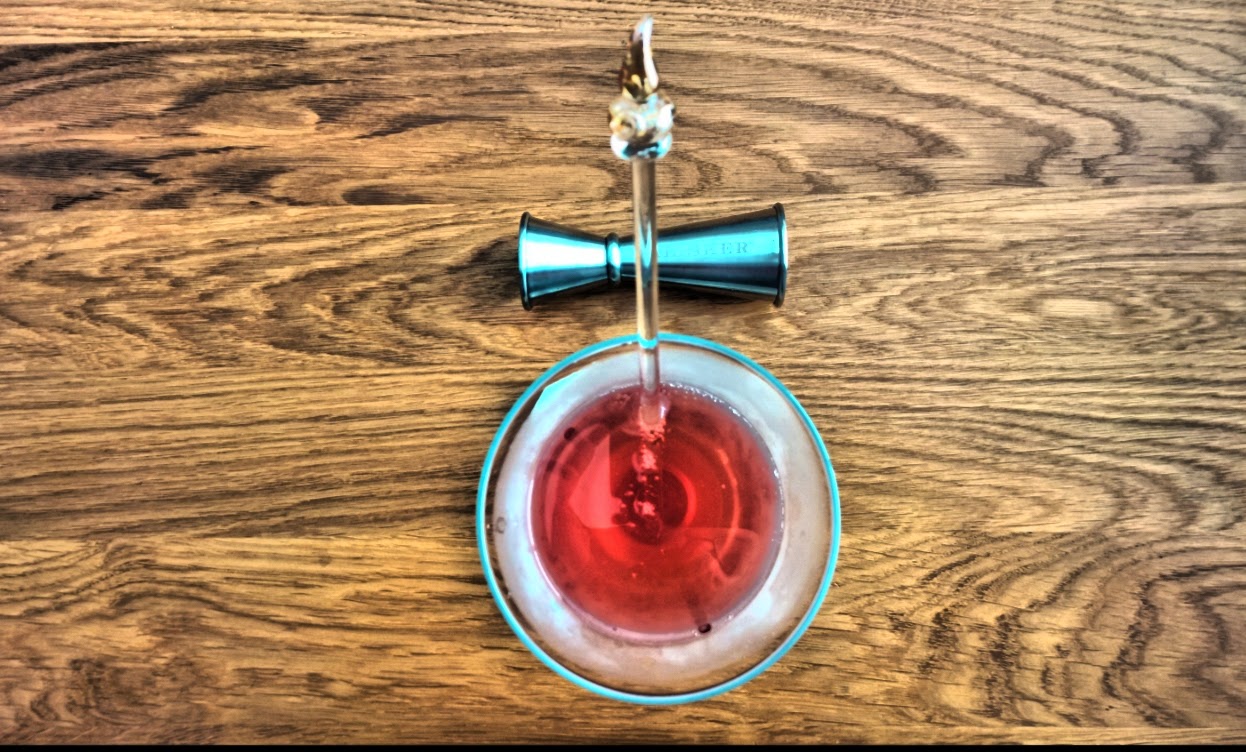 Seelbach (c.1917)
Cutty Sark, Triple Sec, Bitters
Named after the hotel in Louisville, Kentucky (home to some fantastic music bands) where this was originally created prior to 1920.

Nose: red kola kubes from my childhood, wild blackberries and red berries plucked from a distant hedgerow. Also something refreshing. Cloves, oranges and Pimms was a good shout from a fellow taster; it just oozes summertime relaxation and er cough syrup!

Taste: A touch of the cough syrup continues but in a good way. As we’ve seen so far its the harmony between the ingredients. Cranberries, cinnamon and red liquorice. 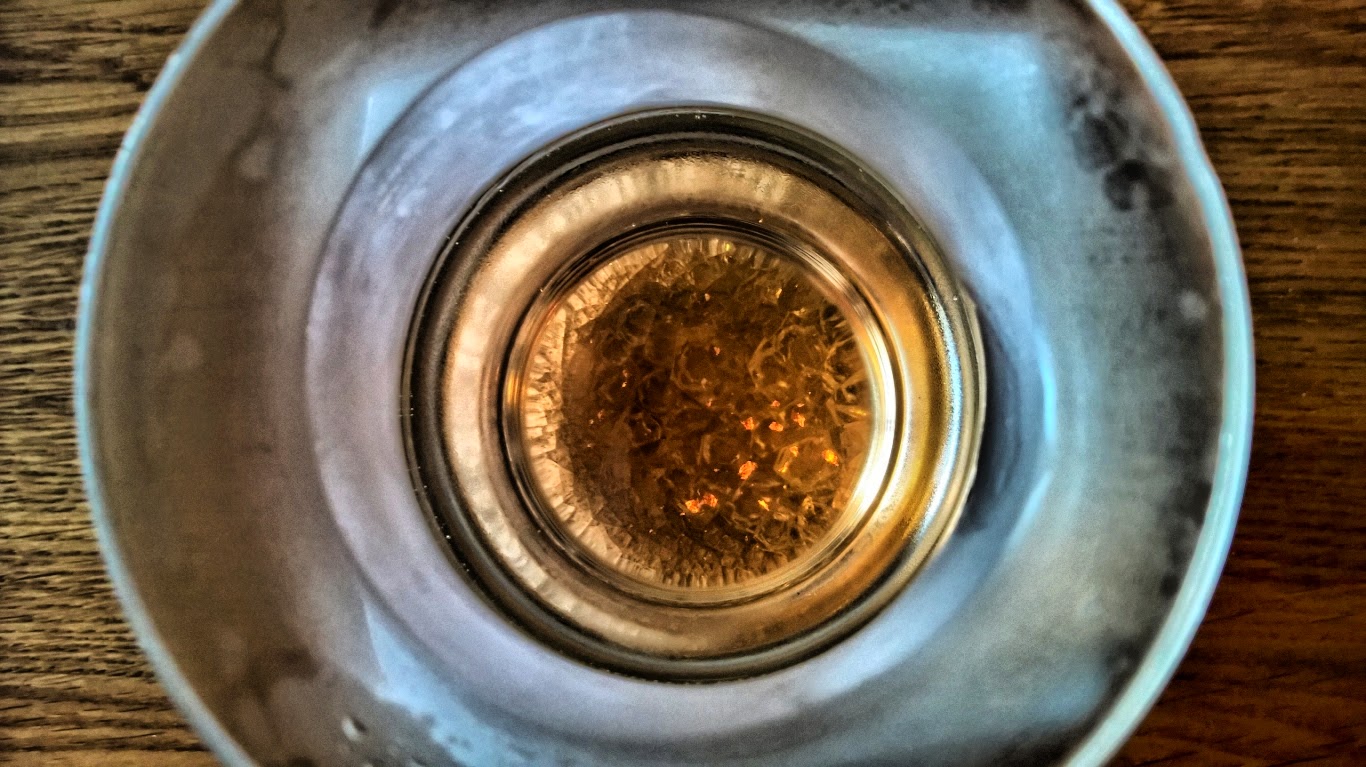 Colour: a fine French rosé with the light reflecting the gold flakes within.

Nose: from a traditional whisky tumbler this doesn’t entertain nosing however it is light and aromatic. A real sugar sweetness courses through, with a touch of champagne, more rosé and honeycomb.

Taste: smooth is  phrase I avoid when describing a malt but here it is apt. A real elegance and long finish on the palate.  Not as sweet as the nose promised and a slight taste of girders. The finale is when you reach the bottom of the glass and one last mouthful includes the majority of the gold flakes.

I’m not a huge fan of cocktails as when I’m out I tend to favour a whisky and living in Scotland you’re never too far away from a quality selection. Most of the modern cocktails are too sugar rich and additive focused. This trio of old timers shows the flexibility of a well crafted blended Scotch and the legacy of bar tenders from over a hundred years ago. Needless to say whilst I enjoyed all 3 the Beeswax had that decadent quality; a memorable treat.

It’s another vertical tasting but I’m breaking away from the focus on a single distillery to instead concentrate on a famous blended Scotch whisky. In..

Being a whisky enthusiast can mean a whirlwind of new releases, tastes, deliveries and card receipts. Keeping track of the latest ‘limited edition’ or special..