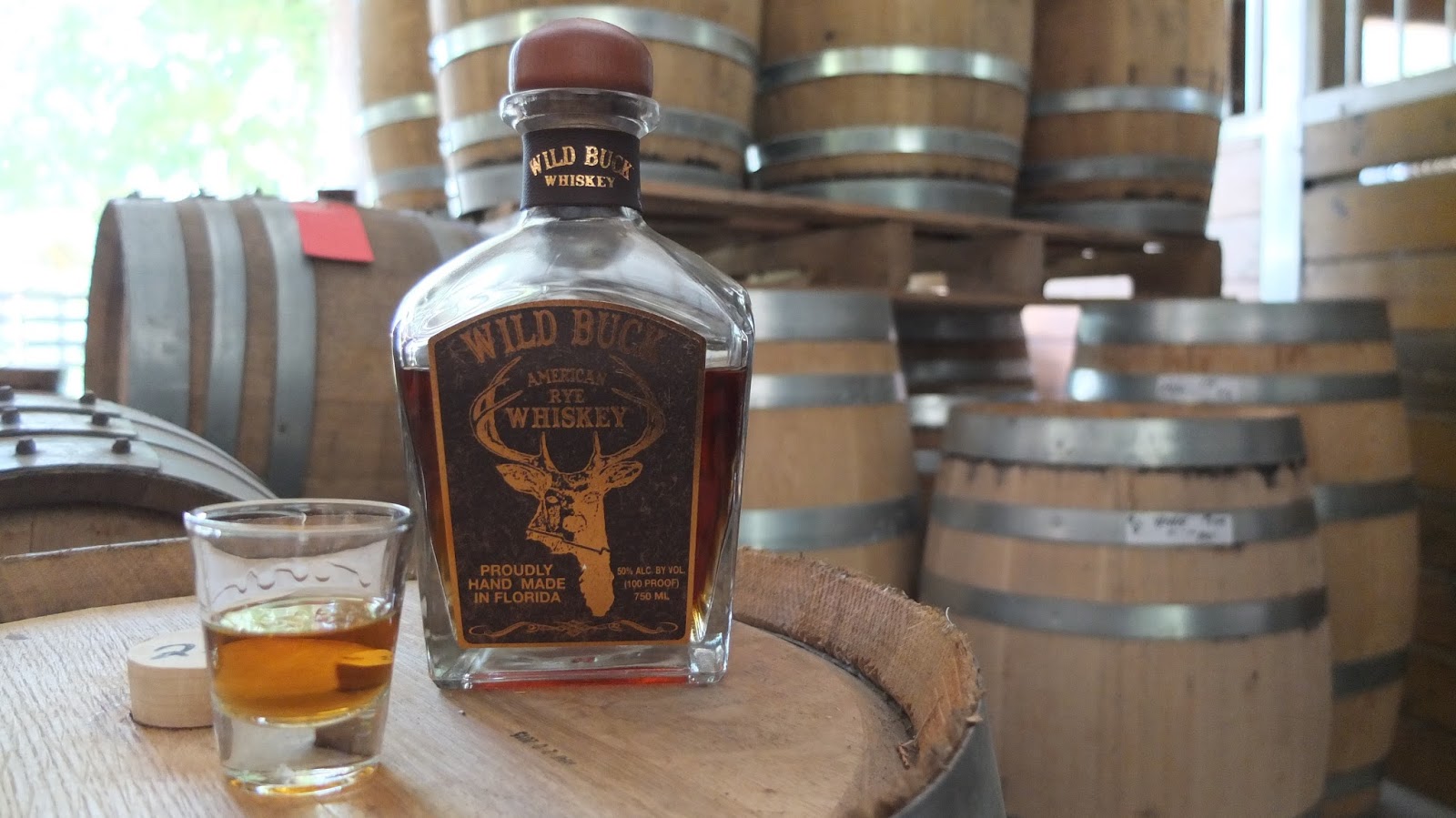 Regulars will know that whenever I travel abroad I tend to factor in at least a little whisky and I’m not merely content with a dram. Last year whilst in Portugal I visited the largest whisky collection in the world. This time around I found myself driving around Florida and wanted to check out a true example of a hand crafted rye whiskey.

This desire prompted a spot of advance research and the realisation that Florida only has a handful of candidates. However there is a young buck on the scene that caught my attention and ultimately directed me to an area just outside Weeki Wachee on the Gulf Coast side of the state. This is a relaxing and unspoilt part of Florida, far from the perceived image of rampant condos and tourists. A picturesque rural setting that is a designated wildlife area and is also home to Wild Buck Whiskey that is lovingly grown, distilled, bottled and labelled by Kevin and Natalie otherwise known as NJoy Spirits.

Unfortunately distillery tours are not possible currently so I wouldn’t recommend jumping in the car. As I had come from the distant land of Highland Glens and Scotch, I factored in a detour during our Florida road trip, but first had made contact in the hope they could keep a bottle aside to purchase. This was a necessity, as Wild Buck Whiskey has limited distribution that is almost exclusive to Florida. An option exists for American residents to order online. This is slowly changing as word of mouth begins to spread about a whiskey that is made the old fashioned way with natural grain and filtered rainwater. New outlets to purchase a bottle are being added and listed via the official website. The Wild Buck Facebook page provides an insight into the difficulties and hurdles they’ve had to overcome to reach this stage. 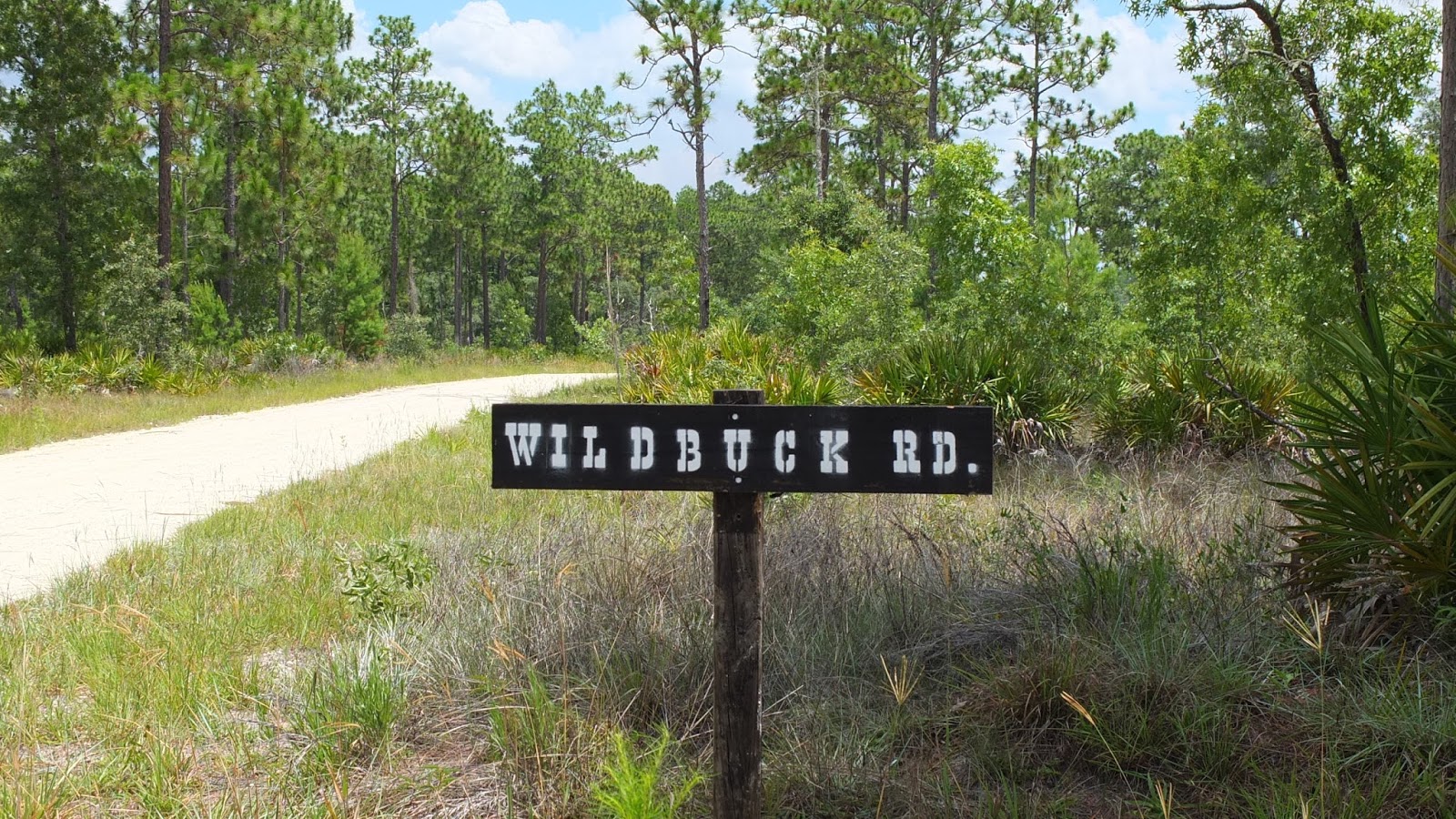 Receiving a bronze medal this year from the American Distilling Institute for a Craft Spirit highlighted that something rather interesting is happening in this remote part of Florida. With demand increasing, Kevin and Natalie were already struggling to satisfy orders for stock before receiving the award. This is small batch whiskey with the emphasis on consistency and quality resulting in just around 30 cases a week being shipped.

You see Kevin and Natalie are pretty much responsible for the whole process growing their own rye and if there isn’t enough using a local farm 20 miles away. Purified, ultraviolet rainwater is also utilised and Kevin built most of the distillation equipment himself with the exception being the copper still. When they started out just a couple of years ago they just weren’t content with producing a decent rye whiskey; oh no they set out to create American’s finest original rye whiskey.

Our navigation system had taken us on the least accessible route and eventually our BMW coupe could go no further. Natalie kindly picked us up in a 4×4 truck more suited to the terrain ahead. I’ve visited countless distilleries and had until now taken access for granted. Heading into Florida’s dense woodland on little more than a rugged dirt track added to the sense of adventure and going back to the roots of whiskey. The Glens of Scotland that played host to illicit hidden stills offered a common bond; hidden away far from the prying eyes of the excisemen. 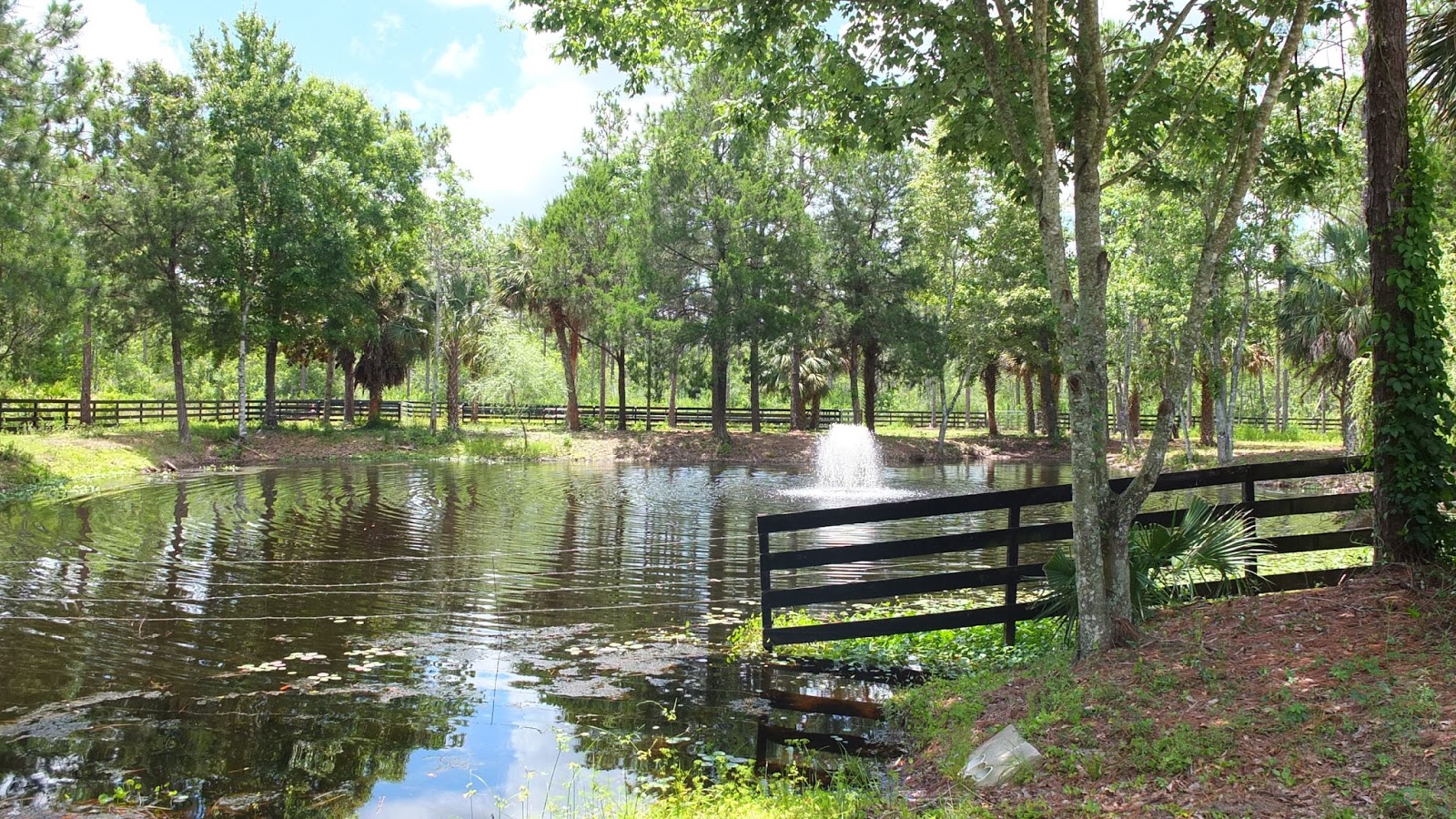 After a couple of miles, the trees suddenly parted and offered entry into a private homestead nirvana with a hand-built distillery as its centre. Kevin and Natalie were kind enough to show us around their distillery and talk about some of the difficulties and hurdles they’ve overcome to reach this stage. I could reiterate much of that conversation, which just highlighted how passionate they are about their craft and whiskey that I found utterly inspiring. Instead I’ll point you towards an article in the local Hernando Sun newspaper here that reveals many of these obstacles. Instead I’ll just focus on one area that is the bottle itself that demonstrates their desire and determination not to cut corners.

To harbour their whiskey Kevin and Natalie wanted a premium bottle without charging a Macallan style price for a lovely piece of glassware. So they came up with the above shape, before designing the labels themselves. If you look closely the star on the buck label is where the distillery is located. Not content with the distinctive glass shape, a leather strap adorns the bottle neck, but the most incredible aspect concerns the cork itself.

To seal their whiskey they wanted a proper cork and we all know that the main suppliers are based in Portugal. Unfortunately for a distillery that currently produces around 30 cases a week, the minimum order was grossly in excess of anything they had anticipated. Would you cave in and find a cheaper alternative? Or would you take the minimum order whilst building a storage unit on site to safely protect the corks from the heat of Florida? Guess which option Kevin and Natalie went with.

It was a wonderful experience and so refreshing to speak with those responsible for a true hand crafted whiskey/whisky even if it was a little hot for this foreigner who seemed to attract the local mosquitoes. Scotch or whisky has become in many ways overly computerised, soulless, drab and lacking personality so this visit was so refreshing from a personal perspective.  In the end it comes down to the whiskey itself and here are my tasting notes. 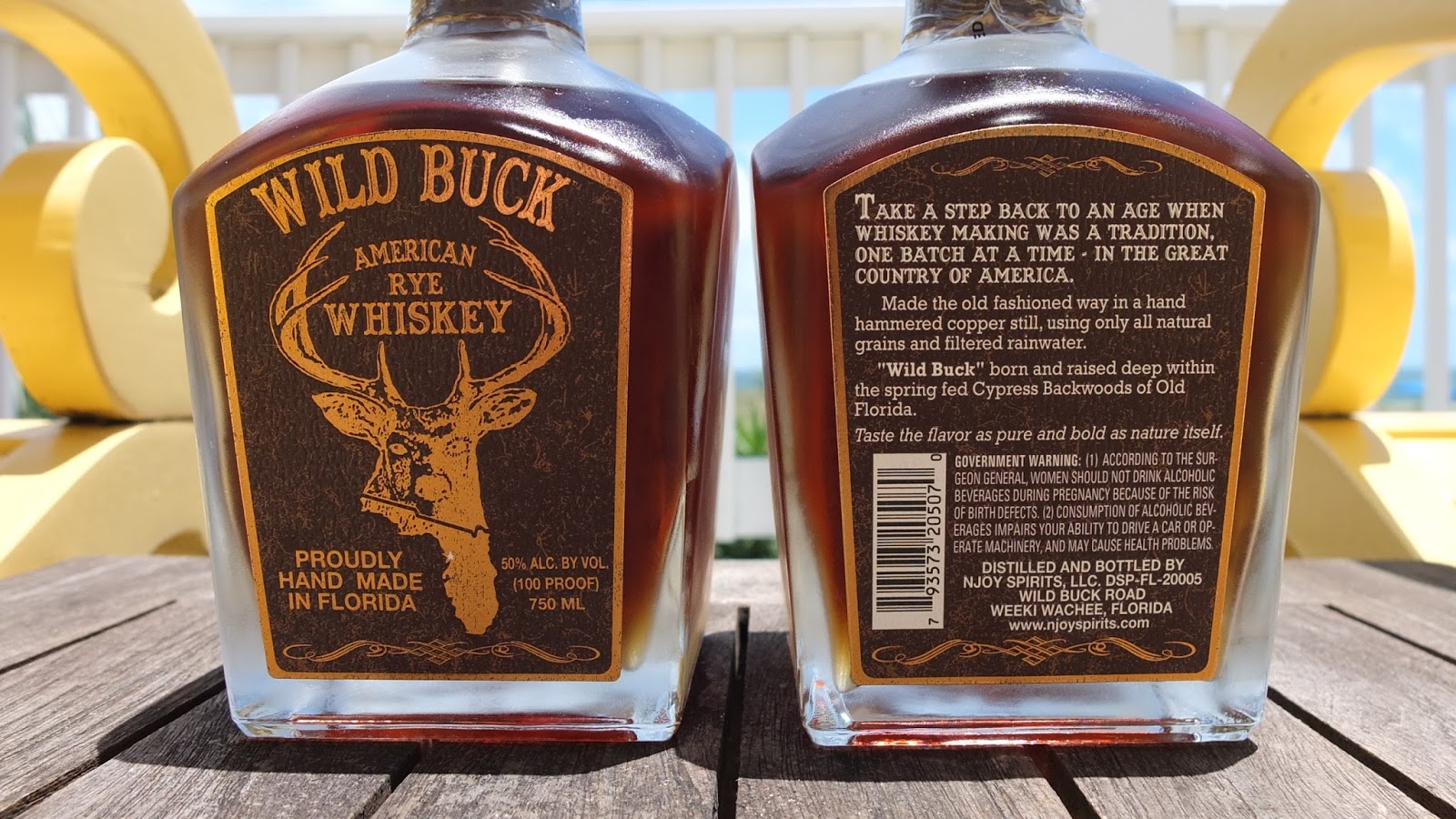 Nose: a rich forest of aromas from this rye with red liquorice, marzipan, strawberries, a little cough syrup, a hint of resin/shoe polish and more nutty characteristics including walnuts. Vanilla is a modest tenant with honey and aniseed balls. Throughout there is a slight char that comes across as tobacco lingering in a gentleman’s smoking room furnished in worn leather.

Taste: my first note was apple crumble of all things, before moving onto ginger bread, dark chocolate and honeycomb. It is a sweetie but not overly so but layered with textures of delight. The wood and vanilla influence exists but not to a huge extent with pecans and pork crackling coming through towards the end. My final note says Daim bar so that’s crunchy almonds covered in milk chocolate; a winning combination in my book.

So there you have it. An inspiring couple and story with a whiskey that doesn’t cut corners and rewards those that can track it down. I have said I’ll share out what could be the only bottle in the UK (if not outside America); tempting as it is to enjoy it all myself. In the meantime I’ve added some photographs of our visit right here so you can appreciate a unique setting. 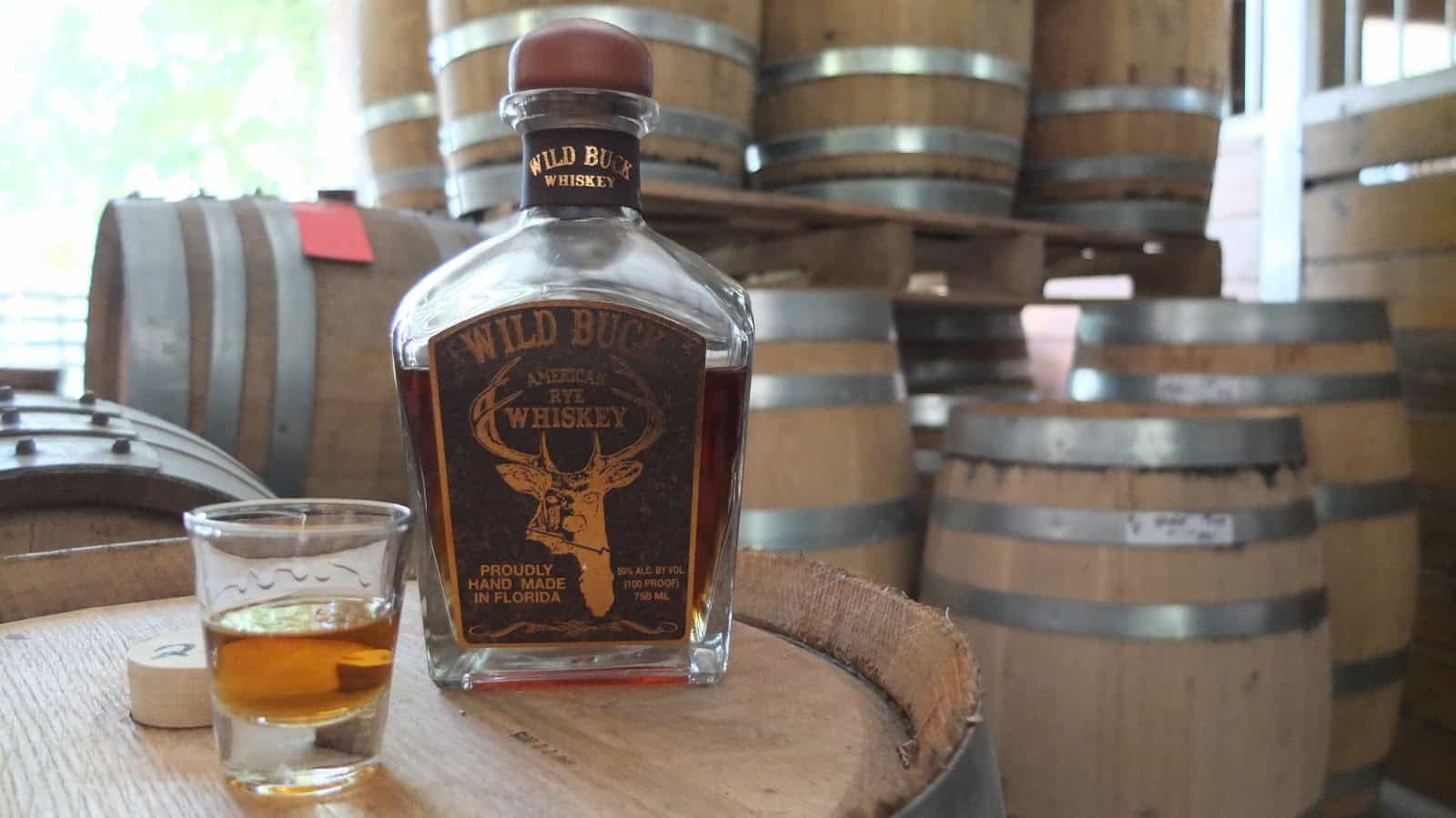 Having been to Canada a couple of times I’ve noticed the popularity of their whisky, heck I’ve probably had a few drams on a night..

Canadian whisky is on the rise thanks to a certain award in 2015 and a new found confidence. This interest and spotlight should enhance sales..