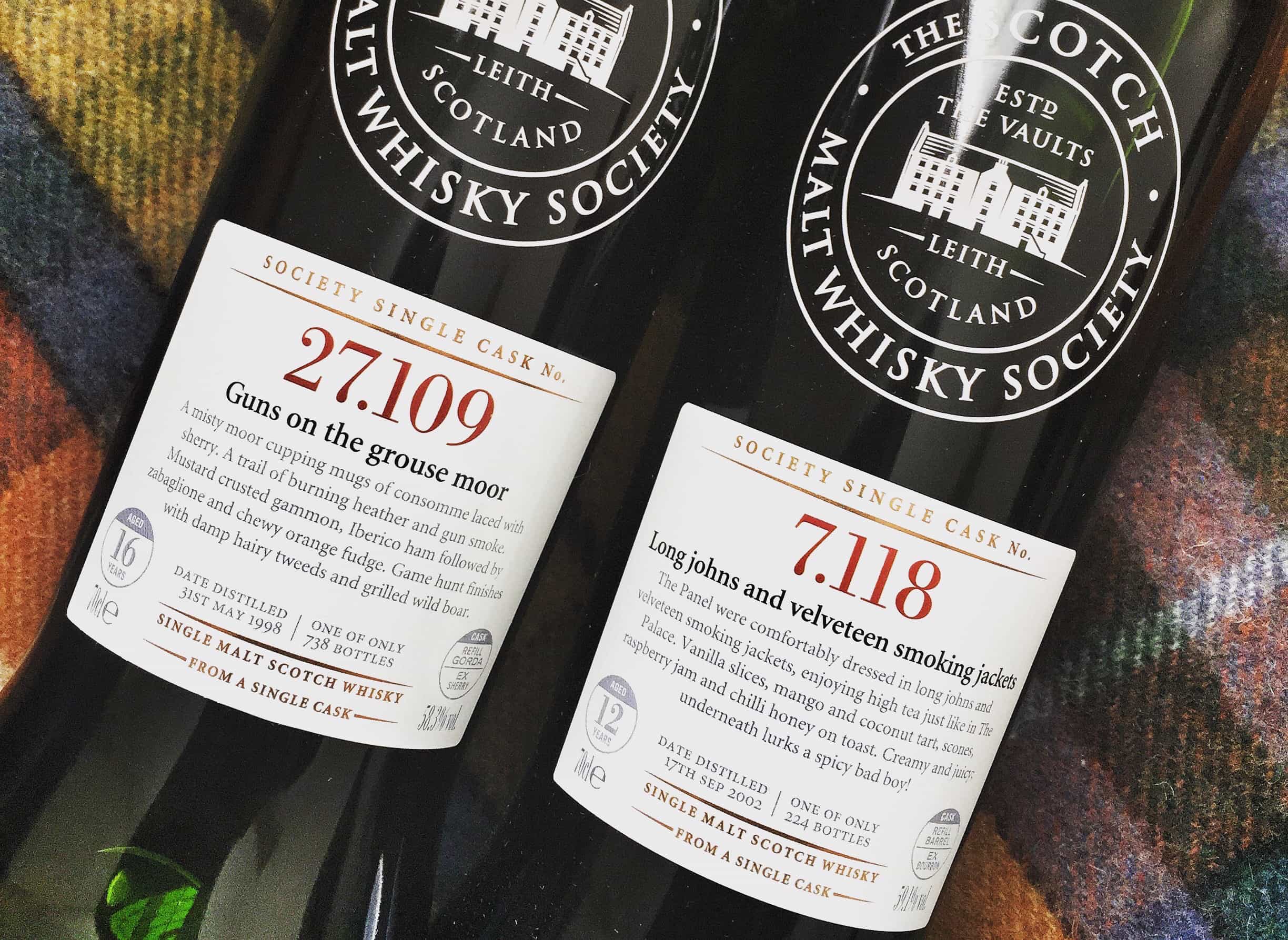 I’m a sucker for a good name as much as the next man – it’s one of the reasons I love the Scotch Malt Whisky Society (the other reason being the fine and affordable whiskies they release).

Though I don’t like to always flag those Scotch Malt Whisky Society bottlings I try – mostly as they sell out pretty quickly, so you can’t get them – I thought I’d just very briefly mention these two exceptional ones for different reasons.

They were released as the ‘Dapper Duo’ – so they only came as a twosome. I believe one of these at least had been released on its own, but it had sold out within a couple of hours, so it was both or nothing.

Now I’ve been keen to explore more Longmorn. This Speysider has got a bit of a cult reputation – or at least it used to. There’s not as much by way of official Longmorn releases, other than the 16 Year Old. Which means its 3.5 million litre output is likely going into Chivas Brothers blends. Anyway, the independent releases have always been very well thought of, and I hadn’t tried any for a long, long time. 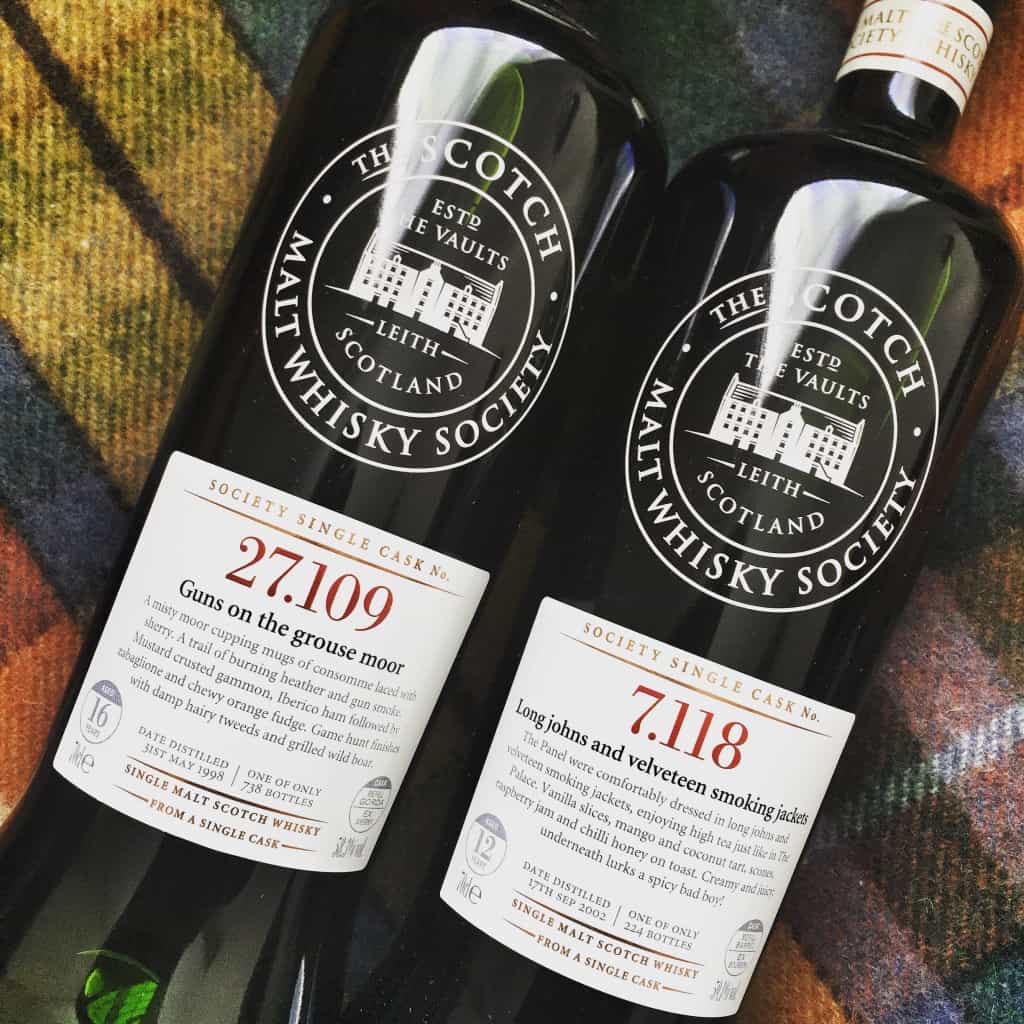 Colour: white wine, pretty pale. On the nose: beautifully fresh and sweet. Floral notes: elderflowers. Pimms and Lemonade. Reminds me of a coconut and lime cordial I once had. Parma Violets. It’s perfect for summer.

In the mouth: gorgeous if thin in texture. Lemon curd perhaps, and jam tarts. Sweet pastry. Custard creams. Strawberries and champagne. Just a hint of woodiness on the finish that stops this from being a superb whisky, muting the sweetness rather than balancing it, but it’s still very good indeed.

Colour: pure amber to deep gold. On the nose: this is meaty stuff indeed. A sort of beef broth quality to it. Figs and ground almonds. Earthy. Stewed plums. A little bit of burnt rubber (in a good way). A curiously yummy musty note, almost like sandalwood.

In the mouth: utterly, utterly dreamy. This is exquisitely balanced for a single cask whisky. It is very reminiscent of a dish of grouse I had last August (on about the 20th, just after the season kicked in). They were pan-fried in a berry sauce, and here we are with it in a glass. Leather chairs. Walnuts and Brazil nuts. Seaweed and a few industrial, coastal notes, as if some diesel-powered tug boat has washed ashore. Marmalade-glazed Christmas hams. Now Some might think there’s a touch of sulphur in here, but I think whatever that curious musty note is makes this superb. It’s more akin to the sandalwood that you get from Japanese oak.

Great after dinner. Great as a mood whisky, brooding on a chair by a fire at night. I’ve had a lot of good whiskies so far this year and this might be the best of them. In fact, with the Longrow 18 Year Old being in the top three, I might have to declare this the Year of Springbank Distillery.

The Dapper Duo cost me £111. It was worth every single penny.

SMWS 7.196 From the Shower to the Boudoir