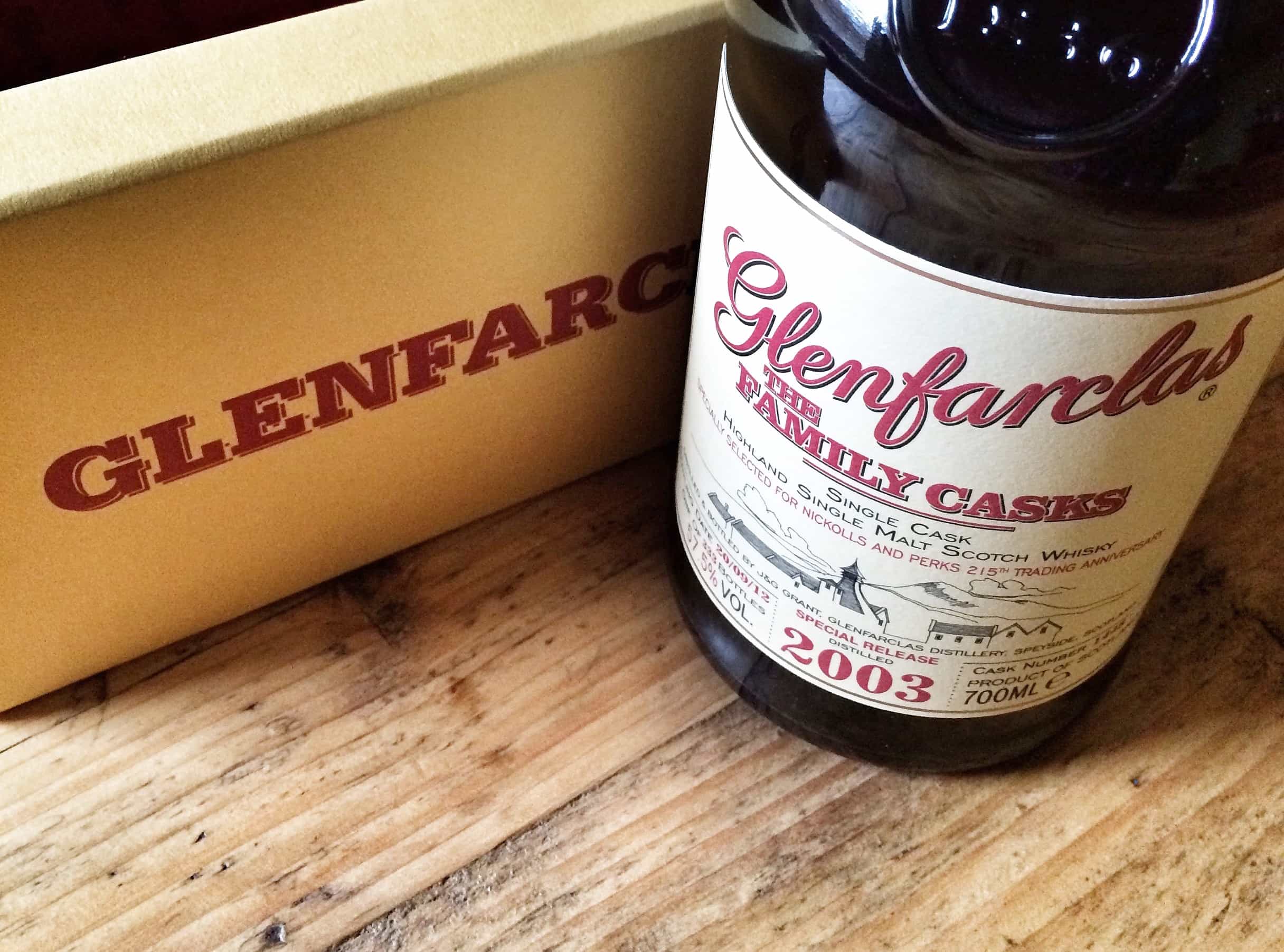 Glenfarclas is a cracking distillery. I tend to overlook some of their releases these days as I know they’re good, I know they produce really superb value whisky. Achievement unlocked. Glenfarclas wins! I throw a lot of my cash at other distilleries, as I explore different flavours, but it’s nice to return to one of the classic, old-fashioned Speyside brands once in a while. A reliable brand. One that probably hasn’t changed its production or marketing in 150 years.

So I decided to buy another bottle. My latest purchase was the Glenfarclas Family Casks 2003, which I bought at this spring’s Midlands Whisky Festival. The Family Casks is actually quite an interesting series, often old and a little out of my typical price range, but not so for this, which came in at £80.

The Grant family has run Glenfarclas distillery for 150 years. George S Grant, in the 1960s, predicted that with the ‘increasing consolidation’ of the Scotch industry, Glenfarclas would have to rely on more than the blending market alone. They lay down stacks and stacks of casks for future use as single malt – that meant that, by the time the Family Casks as a series was released in 2007, there was whisky aplenty dating back to 1952. The series aims to produce at least one cask’s worth of releases for each year since then, and bottle it all at natural strength and colour. Considering that decision was made half a century ago, that’s brilliant cask management. Never mind George S Grant – that’s the kind of divination I’d expect from Russell Grant.

So this 2003 Family Casks was bottled to celebrate Nickolls & Perks’ 215th Trading Anniversary. It was distilled in 2003, matured in a single sherry cask #1448, then bottled at 57.5% in August 2012. There were only 333 bottles released. I tried it at the Midlands Whisky Festival, bought it right away, but it’s been a couple of months until I finally got around to tasting it again. Was it as good at home? 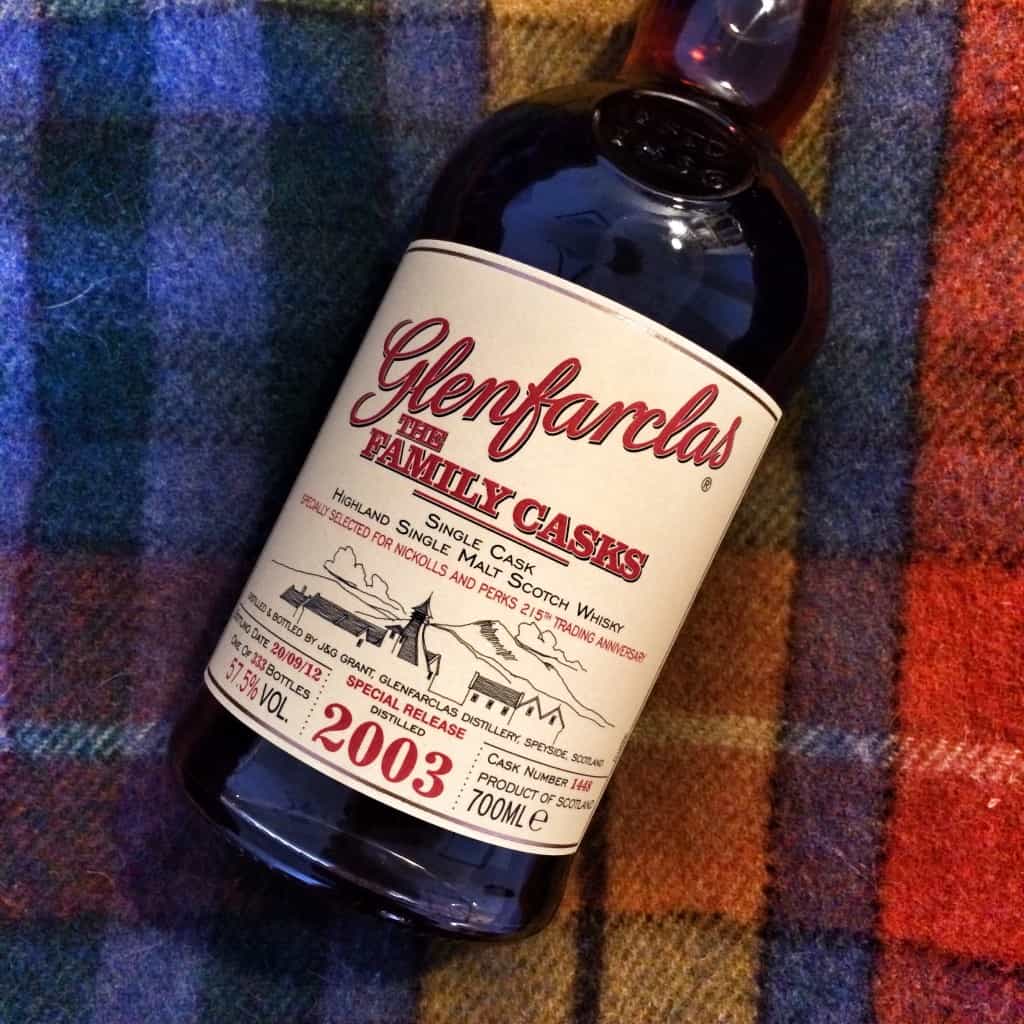 Colour: mahogany, burnt umber. On the nose: let’s take those sherry dried fruits for granted, and go beyond that: a touch of Pernod, almost solvent-like notes. Extremely intense. It’s so sweet on the nose for a single malt that I’m almost reminded more of a single cask bourbon.

In the mouth: classic stuff, done superbly, and very intense. It’s an explosion of dried fruits, so text-book in fact. Yes, we’ve got your juicy sultanas, raisins and whatnot, but there’s also redcurrant and plum jam. Quite tart in places, the kind you get from apple pie filling. A touch of muscovado sugar, but the sweetness never fully manifests. It’s tempered by this interesting baseline of maltiness, pepper and a mustiness. Perhaps a fraction woody. Not in an old wood manner, as it’s a little young for that, but it certainly has aspirations of old age – like some youth removing a hoody, donning a flat cap and moving to Eastbourne. A sprig of peppermint in there. I mean, this is very, very nice, but with a couple of minor things preventing it from being stunning.

All of this comes at £80. Now that, ladies and gentleman, is exceptional value, and one of the reasons I love Glenfarclas. Old fashioned whisky, done well, bottled as it comes and released and at a fairly sensible price. And because of their excellent cask management, there will be plenty more to come. 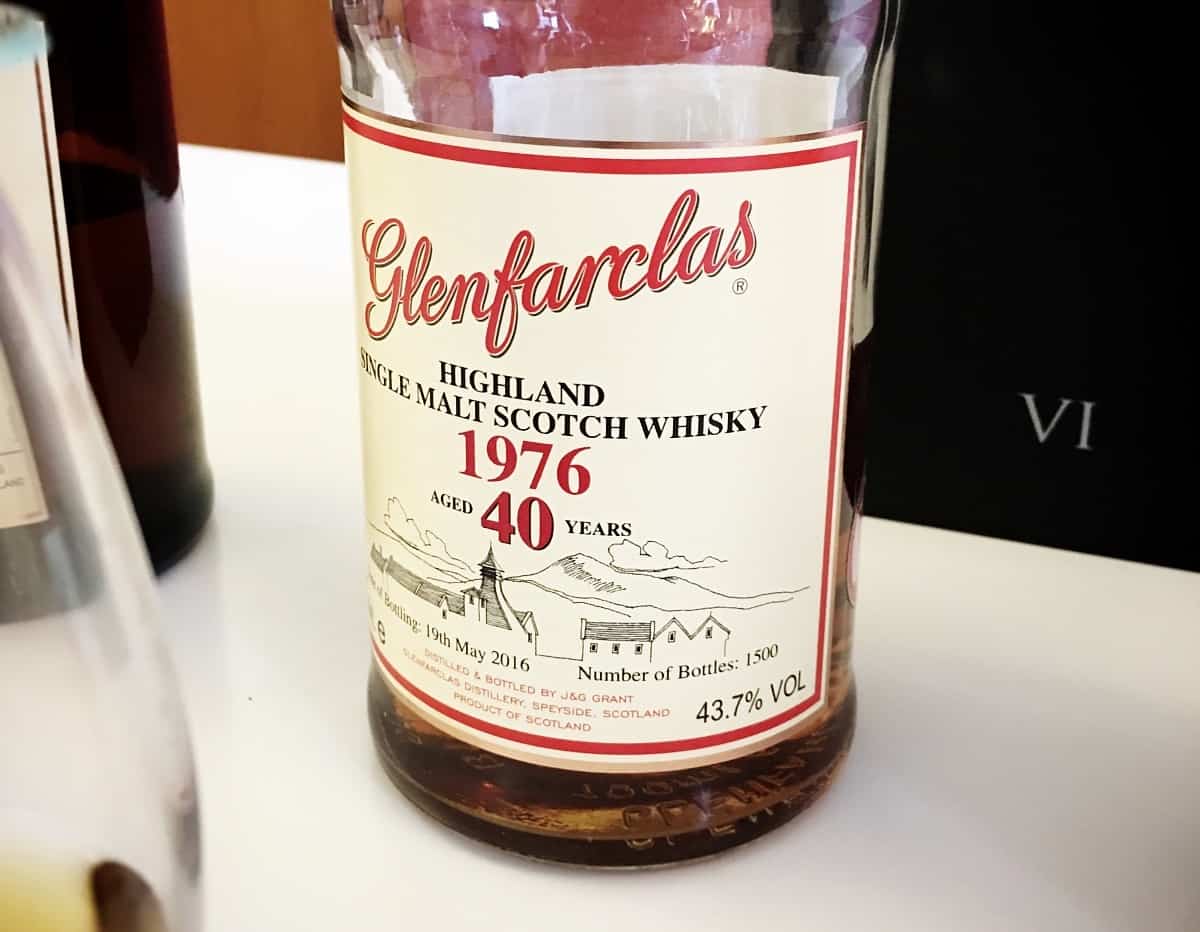 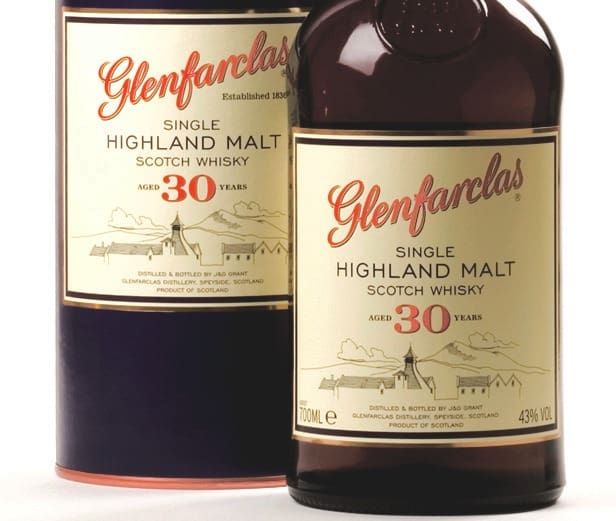