Caol Ila is one of Diageo’s big blend Leviathans, and its smoky tendrils can be found reaching across all corners of the globe. Much of its production gets poured into Johnnie Walker blends – 25% of the very fine Green Label bottle was Caol Ila, for example – so its likely most whisky drinkers would have had traces of its spirit washing through their livers at some point in time.

Diageo doesn’t often make a big song and dance about this distillery’s whiskies, and if there is a marketing strategy for the distillery’s range of single malts then I’m not sure it’s all that noticeable. But, I’m fine with that. Caol Ila remains a bit old-fashioned, a bit shabby, and people don’t froth excitedly about it in the same way that they do, say, Ardbeg. It is overlooked by a lot of Islay lovers.

All of this means you get some really, really good value whiskies out of it. 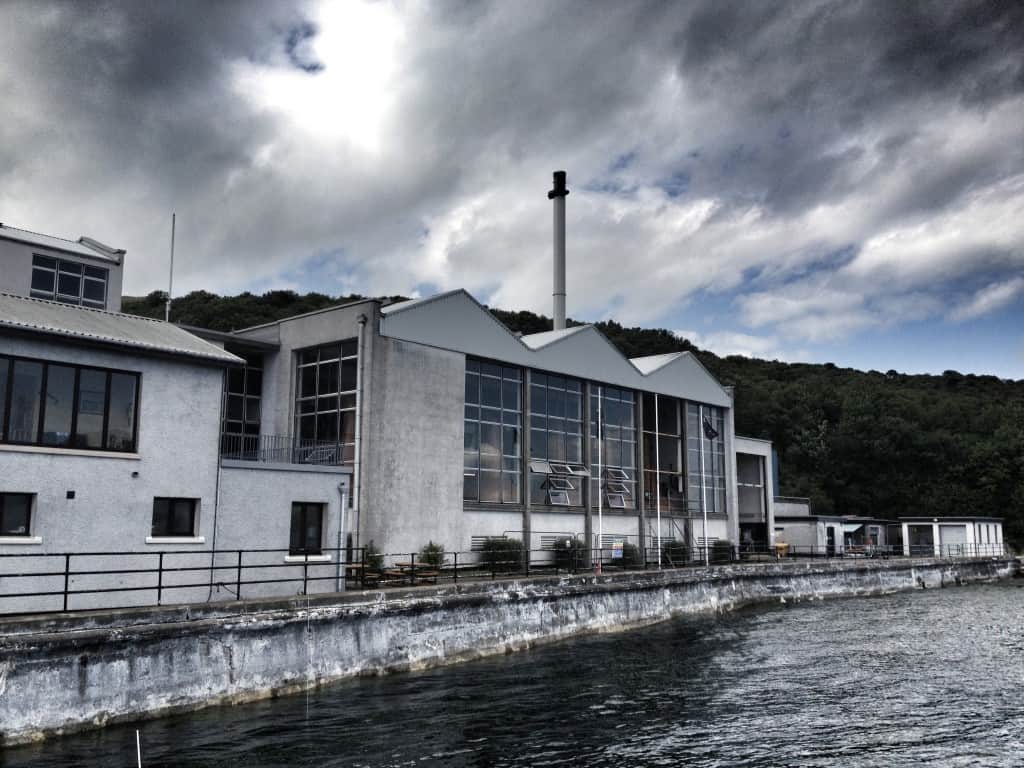 It may not be the prettiest distillery, Caol Ila. If you look at it from certain angles you might mistake it for some kind of inner-city mental institution, and not a site that looks out across one of the resplendent views on Islay. I guess at one point – between 1972 and 1974 to be precise – it was considered a fancy new piece of design, and the bespectacled hipsters of the day were well impressed with their work. But alas Father Time chips away at what was and is fashionable, and soon enough the distillery is starting to look… well, a bit grim really. But I have a soft spot for the old place. It helps that I really like the whiskies it produces, and it’s become a firm favourite around these parts.

Situated near Port Askaig, Caol Ila was founded in 1846 by Hector Henderson – a fellow who also owned the old Camlachie distillery in Glasgow. It’s passed to a few different owners over the years, and was mothballed between 1930-1937 and 1942-1945, which isn’t all that much in the grand scheme of things. In Barnard’s classic history, he describes there originally being “a fine pier at which vessels can load or unload at any state of the tide, and besides the chartered vessels arriving with barley, &c., there are two of David MacBrayne’s steamers calling here twice a week for Whisky.”

Even back in the late 19th Century the distillery was extending and modernising, with all the “newest appliances used in the art of distilling”. Back then the distillery produced 147,000 gallons (over 600,000 litres) of spirit a year. Today it produces getting on for 4 million litres of spirit.

Anyway, having already found the perfect Caol Ila, I’ve decided to continue exploring what the distillery offers. The Caol Ila 25 Year Old was originally released a few years back, but I picked up a bottle at auction by noticing the price hadn’t really gone up at all over the years – it’s still around £120. And having a wee bit more cash in my pocket then I did back then, I thought: what the hell? We all deserve a treat from time to time… 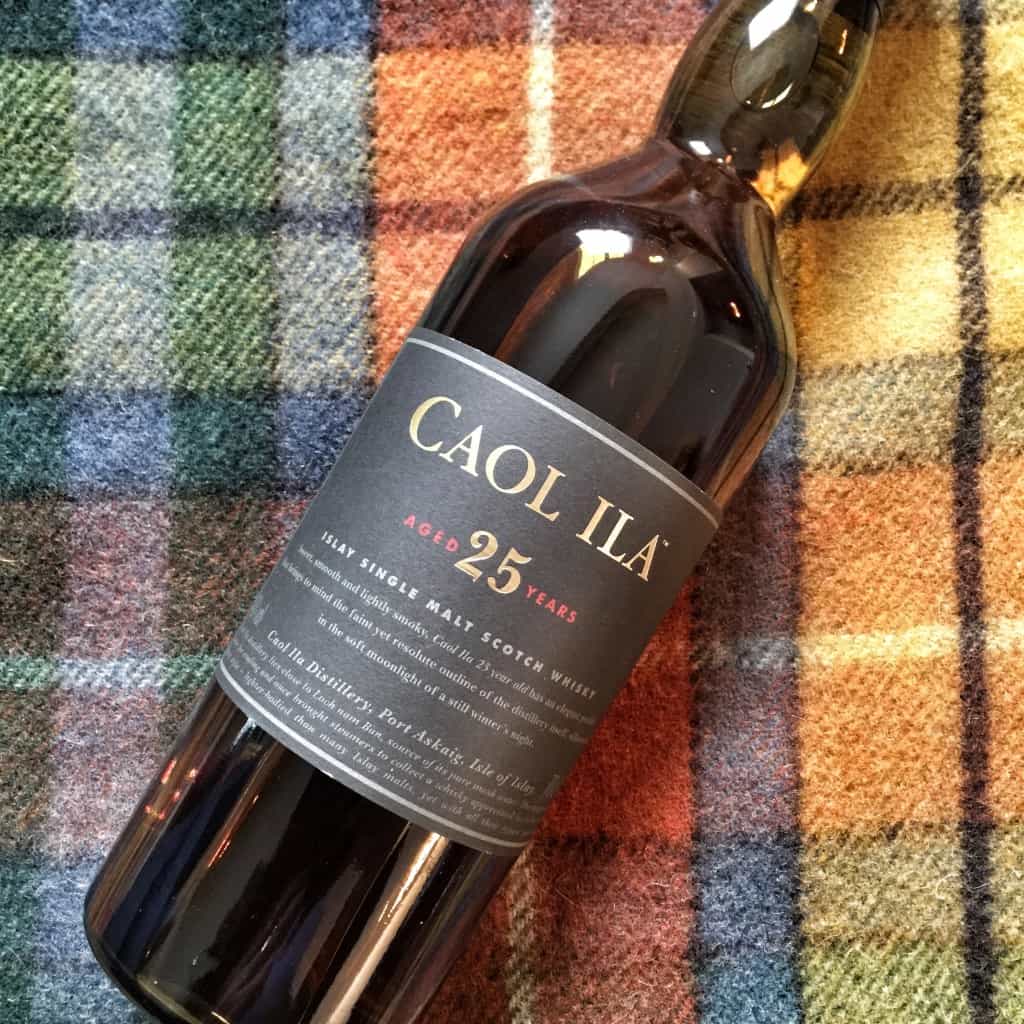 Colour: deep copper to burnished. Obviously in 25 years, the wood has been gentle on the colour at least.

On the nose: gorgeously Caol Ila. That sweet peat is something else. Brine, citrus. Very coastal. Once those initial impressions die back it’s actually quite medicinal: sea weed and old laboratories. Flashes of ash from a spent fire.

In the mouth: that is exquisite. It’s an extremely subtle whisky: the flavours are perfectly balanced and integrated, so it requires contemplation to pick apart. It’s very warming without being at all harsh. Oily, ashy, sweet with dashes of orange and grapefruit juice. A little honey, but not much. Maritime – evoking harbour walls, winter sea spray, sea weed. The smoke is very mellow indeed, not aggressive in the slightest. The finish is oily, salty, with a touch of pepper, and it’s very long.

Here’s something that doesn’t happen often: I wanted to abandon the tasting notes and just spent time enjoying the whisky. It’s remarkably sensual and elemental. And I think this is one of the reasons I value Caol Ila above the other peated Islay whiskies. This is one of the most sensual of them all – and it’s a fantastic whisky, well worth the money I spent on it. It’s definitely got a time of year, and I think this one is a winter whisky: when the light draws in early, and cold drizzle numbs your nose.

Let’s finish with a panorama from the distillery, which I took a couple of years ago. 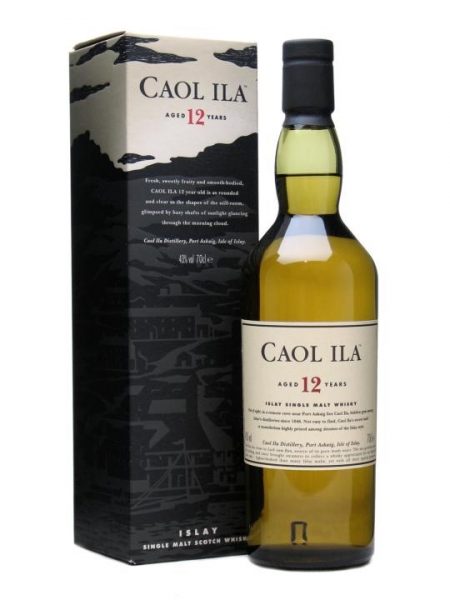 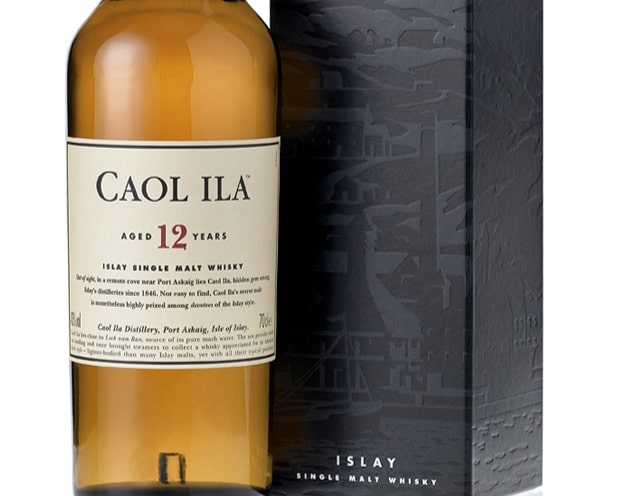