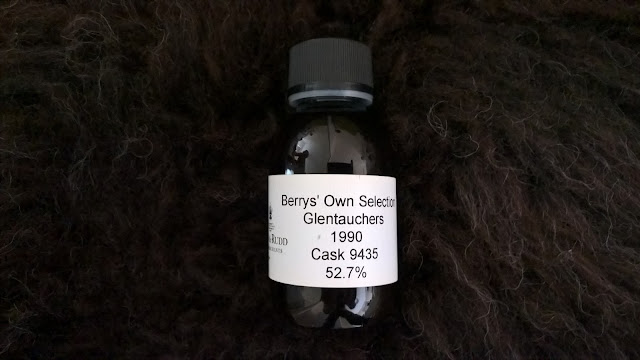 Glentaucher’s despite being around since 1897 maintains a relatively low profile. A classic example of another Speyside workhorse that collectively forms the backbone of many blends in the market.

I’ve only tried a handful of Glentauchers over the years but I’ve almost been impressed with its reliable nature on each occasion. Even when driving around Speyside on the A95 you do pass a series of distilleries and Glentauchers is situated quite close to the road. It is a picturesque example of a traditional distillery and in good hands under the ownership of Chivas Brothers (or Pernod Ricard) since 2005.

Driving past the distillery you think ‘that’s a good looking one’ and ‘what was is that?’, when the answer presents itself it’s ‘oh, so that’s Glentauchers’. Then you’re on your way and the distillery slips swiftly into your memory bank. Like so many distilleries it deserves a little more of the spotlight.

It’s through the work of independent bottlers that such low-key distilleries are given visibility and new found appreciation. This particular example comes from the iconic London Fine Wines and Spirits Merchants, Berry Bros. & Rudd. This is my second review of a set a samples kindly provided and explained on my initial Allt-a-Bhainne review here.

Taste: almonds, sugar cane and an unusual quality that after a few drams I pinpointed as liquorice. Sliced apples and a wine feeling with white grapes. A long finish into white pepper persits long after the dram is done.

A lovely Speyside example with some original flourishes, it maintains the strong standard I’ve experienced from this distillery.

This is the third review of five covering some recent releases from London Wine & Spirit Merchant Berry Bros. & Rudd. By some wonderful coincidence..