I began to hear talk on the whisky underground of a bottle that was really worth checking out. This rumour was nothing to do with a press release or some arty picture shared by a PR company on social media. Nor was it as desperate as space whisky. The buzz had nothing to do with a marketing push around some emotive brand name. No, this was something that honest drinkers were whispering about in quiet, darkened corners of whisky shops, as if they were heretical monks in the run up to the Reformation.

My good friend Whisky Rover gave me a tip-off that the Kilkerran Work in Progress 7 (Bourbon Cask) was being very well received in tastings, and he had started buying up many bottles (probably all of the remaining ones, to be honest). He said I should definitely get one and, given that I’d not reviewed any Kilkerran whiskies, I took him at his word.

Kilkerran is made at the Glengyle distillery in Campbeltown, a distant town in Argyll and Bute that once housed over thirty distilleries. Glengyle was founded by William Mitchell in 1872, built a year later. The place was shut down in 1925, its spirit auctioned off, and Glengyle seemed destined to the fate of most other Campbeltown distilleries. There were numerous attempts to resurrect the distillery, but it wasn’t until 2000 when there was success. The great-great nephew of William Mitchell, Hedley Wright, headed Mitchell’s Glengyle Limited, and three-quarters of a century later got everything up and running again. And during the reconstruction process, they used whisky stills from the old Ben Wyvis distillery.

You can discover a lot more about the distillery’s history in this fascinating YouTube film.

Kilkerran Single Malt whisky was to be the brand, not Glengyle, which is the name of a blended Highland malt, and also because ‘Glen’ is more commonly associated with Speyside rather than Campbeltown. The Kilkerran Work in Progress series is exactly that: since 2009 they’ve released a small amount of single malt, and will do so until next year when their spirit becomes 12 years old. The Work in Progress 7 is the latest batch, and the bottle I bought was the cask strength bourbon edition, which is bottled at 54.1% ABV. 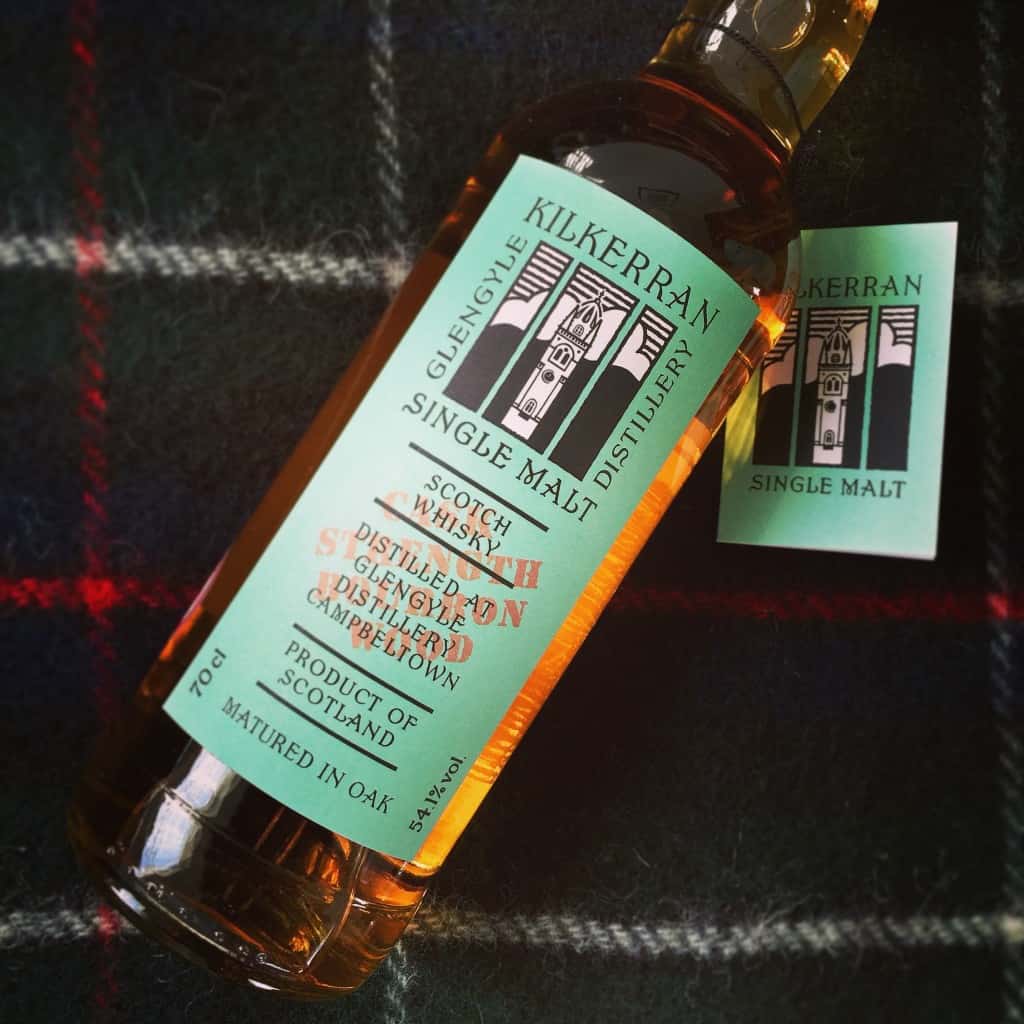 In the mouth: lovely texture, and rather viscous and full. Toffee and fudge. Lemon, with a lovely maltiness running through the core. There’s just a trickle of smoke, but it’s not sweet, more the earthy, Lapsang souchong kind. And it’s tightly bound with strong notes of barley, much like some of the Bruichladdich Islay Barley drams I’ve had before. Flashes of stewed fruits, plums maybe. Digestive biscuits. Lingering warmth of black tea and a peppery finish.

There’s a kind of beautiful honesty about this. This is whisky with soul. The more time I spend with it, the more I like it. In fact, it’s awesome.

What this tells me is: that, among all the evocative press releases and themed whiskies that the industry has in spades at the moment, there are still plenty of traditionally made single malts being quietly released – they’re available at a reasonable price, and they taste really good.

I was late to the party on talking about this distillery, but I can’t wait to see what Kilkerran will release next year when its whiskies are no longer works in progress – and they’re the real thing.