It’s almost a year ago that I participated in the Peated Malts of Distinction Tweet tasting event organised by The Whisky Wire. Goodness, how time flies when you’re having fun exploring the constantly changing world of whisky.

Whereas The Ardmore featured just once as part of the event last year, now their range has expanded and warrants an exclusive mini-vertical tasting of its own. I was a huge fan of the sadly departed Ardmore Traditional Cask that could be picked up for a decent price and delivered on all fronts.

The replacement is the Ardmore Legacy that really couldn’t match the expectations set by the Traditional Cask. Whereas Ardmore was really thin on the ground and lacking visibility, Beam Suntory have recognised the value of this peated Highland distillery and revamped the range. The Legacy is now joined by the Tradition, Triple Wood and the latest release is the form of the Port Wood.

The distillery is on the up with sales in the last 12 months for the UK increasing by 166% and a mighty 185% in Germany. For Europe, the Middle East and Africa the trend remains positive overall at 38% growth. This is reflected by the distillery output reaching 25 mashes a week, resulting in 5.3 million litres a year. Hence this new found confidence and an expanding range.

Colour: apple jelly
On the nose: a very restrained outline even after letting it sit for an hour with a glass lid. A slight echo of peat, mandarin, buttery raw pastry, red liquorice laces and stewing apples.
In the mouth: it’s like having been at a campfire the night before and waking up with that residue on your clothes and palate. Charcoal, vanilla but not much else going on here and adding water brings out a suggestion of iodine yet expels the smoke. A warming but very flaccid finish. 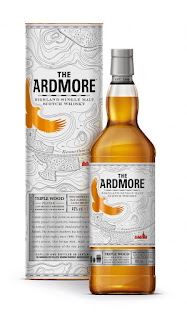 Colour: a lovely runny honey
On the nose: lots of honey, meringues and vanilla initially. A very gentle appearance reminiscent of Auchentoshan. White pepper, cereals particularly Weetabix, raspberries, all-spice and at the rear a wine influence.
In the mouth: more forceful than the nose suggested. The various casks have provided body with plums, rich tea biscuits, orange peel and brown sugar. The vanilla returns boldly with a toasted aspect very reminiscent of a fresh almond croissant. 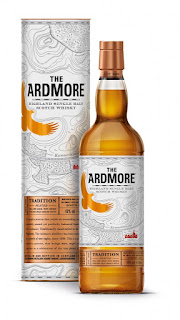 Colour: golden shortbread
On the nose: a spicy frontage with pepper and ginger then some caramel sweetness. A vegetative aspect, musty, decaying foliage and Highland heather. The peat peaks through ever so slightly.
In the mouth: now the peat is stepping forward alongside those autumnal aspects. Black pepper, more vanilla, hazelnuts and wet wood. A limited palate for some, but for those seeking a wee bit of peat it’ll tick the box. 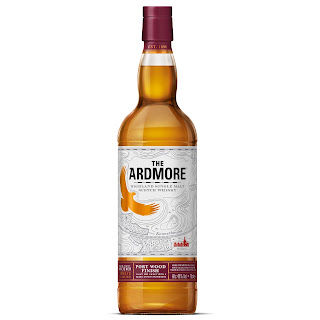 Colour: brushed copper
On the nose: matching the colour with echoes of rubbed brass and strawberries. Those popular chewy Refreshers sweets that feature a sherbet centre. Walnuts and conkers, which are seeds from a horse chestnut tree freshly popped out of their protective outer shell resonate. Marmalade and cranberry jelly round off an entertaining presentation but I’d avoid water as it works better without.
In the mouth: red berries, liquorice, pink peppercorns and a touch of rubber. In fact its all painted red with the port pipes doing their bit over a substantial period. Anyone remember Red Kola the fizzy soft drink? Or how about rose water? Yes it’s a sweet and rose-tinted experience.

Thinking back over the evening, I believe these drams show a distillery in transition. Perhaps its a fondness concerning the Ardmore Traditional Cask, as there isn’t a rival to this just yet. The Port Wood is well sculpted and enjoyable whereas its brothers still have that youthful vigour which may be off-putting to some. We’ll be on Speyside next year for the 2016 Spirit of Speyside Festival and if Ardmore is on the programme we’ll certainly be dropping in to see what’s next.

Earlier this evening I took part in the Tweet Tasting event for Beam Suntory’s Peated Malts of Distinction. Prior to the event held online, I..