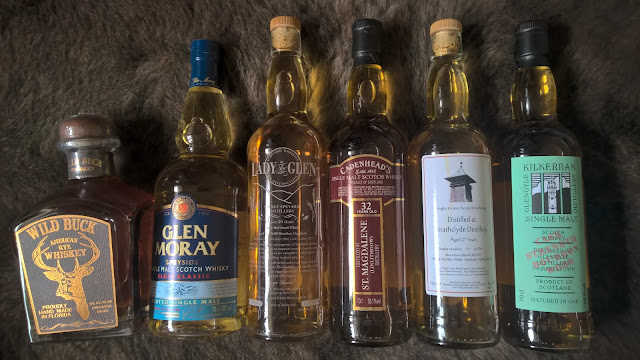 Time for the traditional reflection of my best whiskies of 2015. Overall its been a rather good year but prices have risen and the number of young, wood-driven whiskies has increased tenfold.

Your spare cash unfortunately doesn’t stretch as far as it used to and when you do want to splash out on a bottle it has to live up to expectations. Far too many releases now are priced as investment or quick-scam vehicles (Bowmore Mizunara cask) and bathed in a lavish cascade of positive reviews. Price seems to be off the table for discussion and that’s criminal in many ways as we’re all not fortunate to be blessed with freebies or endless buckets of cash. The truth here at Whisky Rover I’d rather purchase my whisky and take it from there; it keeps me humble and in tune with what really matters.

For this summary I’ve looked back on my posts throughout 2015. I’ve avoided the drams that were enjoyed as part of special events such as the Whisky Solstice in Edinburgh. The event produced 2 or 3 excellent drams during our session with Charlie and the Feis Isle shortly afterward provided the fond memory of a drinkable Kilchoman, an excellent Laphroaig and that Lagavulin.

Rather than rave about bottles out of reach of the common person I wanted to summarise my ‘best of’ from releases in 2015 that you should be able to find locally or track down without having to engage in urban warfare with whisky collectors or investors. Ok, perhaps the Cadenhead release will be very illusive now but its worth the effort. I would purchase these bottles again and its only the 33 year old Art Deco Cutty Sark I haven’t gotten around to purchasing yet, which was superb. A fantastic example of skilled blending it is worth the £600 asking price but doesn’t fit into the remit of this article. In some cases I have purchased more than 1 bottle of the motley crew below, or in an extreme example its actually 6 bottles! Yes, its that’s good and hopefully you enjoy this retrospective.

Each of the titles will have a link to the original review so without further ado and in no particular order lets begin.

Secret Speyside Distillery
20 years old, released by Lady of the Glen, 52.3% vol
Available here for £85
A novelty as this mysterious bottling is of unknown origins. I don’t know the distillery responsible and speaking with Gregor himself, I suspect he isn’t aware either! The mystique is part of the appeal as you have nothing to gauge this whisky against other than what you taste and it delivers. The price has risen slightly since my original review as we near the end of its outturn of 262 bottles so this could be your last chance.

Wild Buck Whiskey
Aged just 1-3 years, released by Njoy Spirits, 50% vol
Available to US residents here $53.99
One of the most inspiring whisky moments was meeting Natalie and Kevin who do everything to give us Wild Buck whiskey. It’s a rye and a true example of small batch handcrafted whiskey. Full of flavour and love. Folk rave about what the Japanese are doing but with whiskies like this America is fighting back.

Glen Moray Elgin Classic
No Age Statement, peated single malt, 40% vol
Available for £20-£25
Anything peated nowadays seems to command a premium. I remember being at a whisky show several years ago now where the chaps from Glen Moray were letting us taste the early results of using peated malt. It was very promising. The final product is here and thankfully is affordable and offers enough character to be appreciated. Yes, I must write a review of this soon.

Cadenhead’s St Magdalene
32 years old, bottled 2015, 282 bottles, 58.1% vol
Retail price £205 sold out
A real treat in January to kick off the year as word spread about Cadenhead’s bottling the rarely seen St Magdalene distillery. Commence the battle to obtain a bottle before the price flew up. I managed to pick up this and it doesn’t disappoint; the lowlander has a wonderful character rarely seen nowadays. Oh, how bland some of the whiskies we endure are to this.

Whisky Broker Strathclyde
27 years old, bottled 2015, 154 bottles, 54.8% vol
Retail price £57 sold out
Another that didn’t hang around very long thanks to the quality of the grain whisky within and a very attractive price. A very well balanced grain with plenty of sweetness and wood character to win over the most unsure whisky drinkers in the tastings I’ve dropped it into. Down to the last bottle now.

Kilkerran Work In Progress 7 Bourbon Wood
11 years old, bottled 2015, 6000 bottles, 54.1% vol
Still out there for around £45-£55 a bottle
My whisky of the year and its the last work in progress from this revived distillery. Next year the gloves come off and I’d be frightened if I was another new distillery looking on at what Kilkerran is going to produce. Bottled at cask strength this was much better than the sherry wood release this year. Layers of character and charm it’s a bargain and a stunning experience.

I’d also like to give a special mention to the Benromach 10 year old that does seem to vary batch to batch, but when it’s bang on form it can be tremendous.

Potentially rounding off a fine year of Tweet Tastings with the Whisky Wire, I took part in Lakes Distillery event earlier this week. The majority..