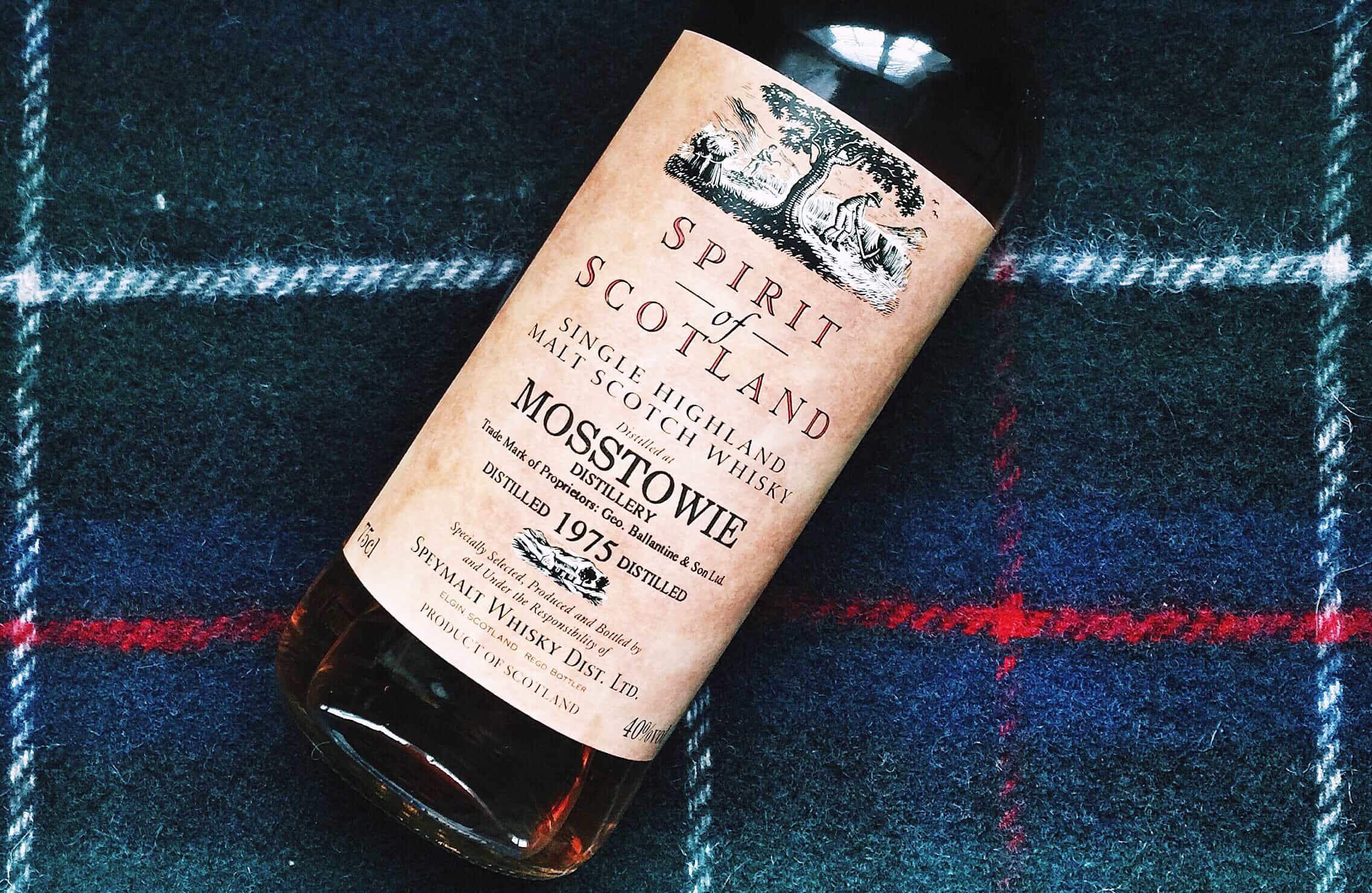 When is a distillery not a distillery? Well in this case, it’s when the distillery in question never existed as a location, and was in fact merely a pair of stills within another distillery.

I thought I’d finish up for 2015 not with a best-of list or some pontification (incidentally, the best whisky of 2015 is this one); but instead I thought I’d offer something more reflective about the ebb and flow of the whisky industry, and of things lost to time.

Silent stills, rather than Silent Night.

Mosstowie represents silent stills – which is a phrase for distilleries that no longer exist. Though as I’ll explain, ‘silent stills’ is far more accurate in this case than ‘closed distilleries’. That’s because Mosstowie was an experiment – back when experiments were just something people had a go at, rather than something bearded hipsters dressed up as a start-up company with crowdsourced funding. 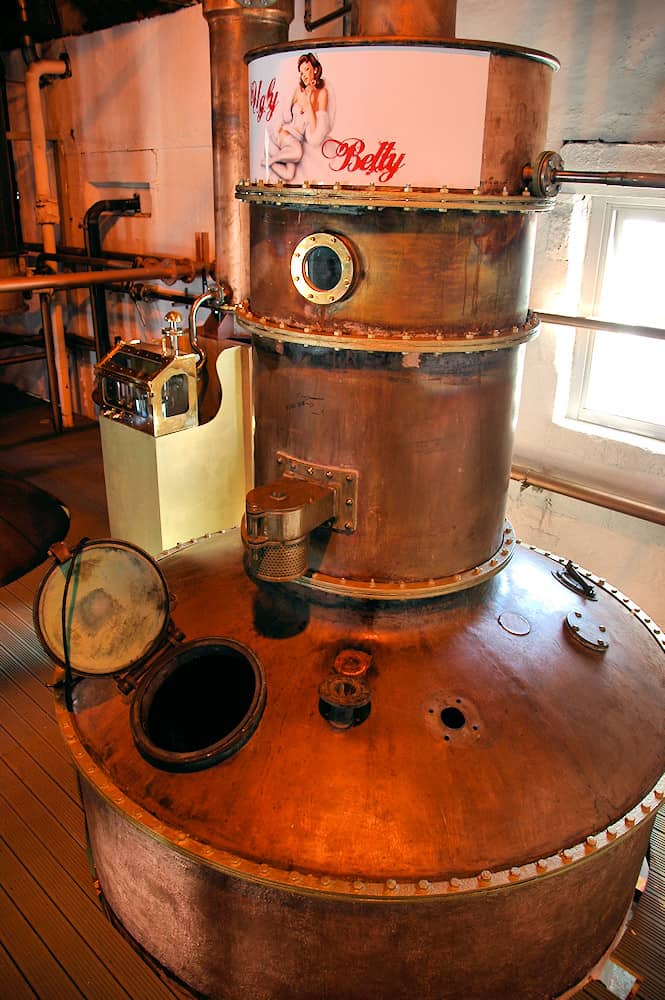 Mosstowie was a pair of Lomond stills inside Miltonduff distillery – where today whisky produced goes into Chivas Brothers blends – and these stills operated between 1964 and 1981.

Lomond stills are different to the typical stills used in whisky distillation. They are not the onion-shaped copper pot stills, as is the more romantic image of malt whisky production, nor are they industrious column stills, which are used to produce much of the grain whisky that goes into blends. They’re… weird-looking things, and an example can be seen here with Ugly Betty, the still used at Bruichladdich for making gin. (Photo from the Islay blog.)

What’s the background of Lomond stills?

Hiram Walker (now owned by Pernod Ricard) was in possession of a few distilleries around the 1950s. However, it “needed 42 malts for its blends but only owned six distilleries”. (The Whisk(e)y Treasury, Schobert.) To get around this conundrum, Hiram Walker engineer Alistair Cunningham came up with an entirely new form of still in 1955. And that was the Lomond still.

Lomond stills are very similar to standard copper pot stills in many respects. They’re made from copper and they make whisky in small batches – rather than continuously, as per column stills that make grain whisky for blends. But the key difference is that they had additional condensers with which whisky producers could control the ‘reflux’ during distillation. The reflux is basically the bit that froths up the top of the still during distillation – and instead of condensing and trickling off, doesn’t quite make it and comes back down again to join the rest of the spirit.

The Lomond still’s column-like neck held rectifying plates, which could be flooded with distillate and increase the reflux action – and that could, in theory, help purify the spirit further (don’t forget, copper is a natural purifier – the more copper that gets in contact with the spirit can impact on this purification). By swerving the position of the plates, the producers could vary the degree to which the spirit was purified. And that meant they could create different types of spirit from the same still. The benefits of being able to produce different types of spirit within one distillery would presumably offer a blender numerous types of whisky, all from one location. So Hiram Walker would get its 42 malts from its handful of distilleries. The problem was solved.

As Lomond stills produced a different spirit, a different name was required for the single malts that came out of these distilleries to distinguish them. All except Scapa, where the Lomond still was used as the wash still, rather than both wash and spirit still. So Mosstowie came from Miltonduff; Lomond came from the huge Dumbarton grain distillery, as did Inverleven; and Glencraig came from Glenburgie. The entire project was shelved around the 1980s, where the majority of the stills were dismantled or moved about to make more room for pot stills. A Lomond still can be found at Scapa and at one time Loch Lomond distillery (though I don’t know if the latter remains true today). The Lomond still from Inverleven (which may be one of the originals) now sits in Bruichladdich distillery – as mentioned above – to make gin.

So the theory goes, Lomond stills were meant to produce a oilier and heavier spirit, though it seems very few people were convinced. Indeed, it turns out that the stills in fact made lighter whiskies in many cases.

So what about Mosstowie? Well given the limited production run of the Lomond stills, and the fact that they ceased production in 1981, it’s incredibly rare. This bottle was distilled in 1975 and bottled in 1994. It was bought for me by a friend from the US. She found it in a dusty old liquor store, where it had been sitting untouched for years. It was very cheap – and when she emailed me about it, I told her to get the bottle as quickly as possible. It’s amazing what you can find out there still. 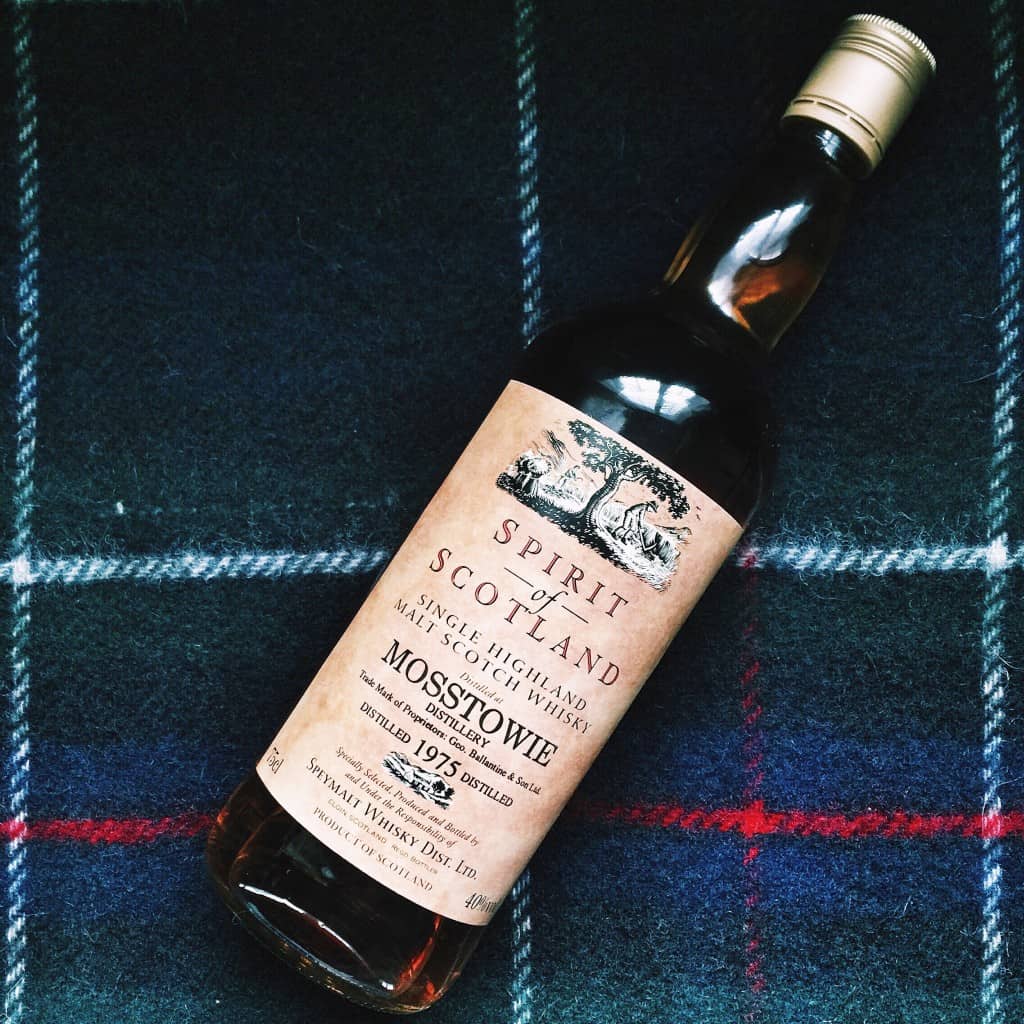 On the nose: intense heather honey, vanilla fudge, toffee, apple. Perhaps dried apricots. Very fruity, with touches of orange marmalade. It’s very cloying and thick. Settling down to baked apples after a short while, with aromas of hay barns in a hot summer heat. Syrup.

In the mouth: a lot of flavour for the ABV. It continues to be very fruity, though light and breezy – less about the dried fruits, more about pear juice, grape juice, barley sugar. Vanilla. Mead. Just a touch of maltiness to balance things out. Ginger, citrus. A hint – just a hint – of something metallic. The texture is light yet oily, which is not something I’ve often come across, and the finish is very long for the strength.

This Mosstowie is very pleasant. It isn’t remarkable, just well-crafted stuff, full of flavour. Any thoughts of this being a different spirit are totally in the mind. If anything, this just feels like it’s a traditional, old-fashioned whisky – and there’s a lot to be said for that. Indeed, this is a whisky that’s more about appreciating a piece of whisky history as much as the liquid itself, and it’s very enjoyable because of that fact.

Further reading: though there’s much written about Lomond stills online, not much of it seems that reliable. There is a good write-up on the Lomond still in The Whisk(e)y Treasury by Walter Schobert. And there is also a huge amount of detail on the Scotch Malt Whisky Society’s website.

2013 so far has consisted of thinking more about whisky than purchasing or drinking. A very sad state of affairs we’ll all agree. As part.. 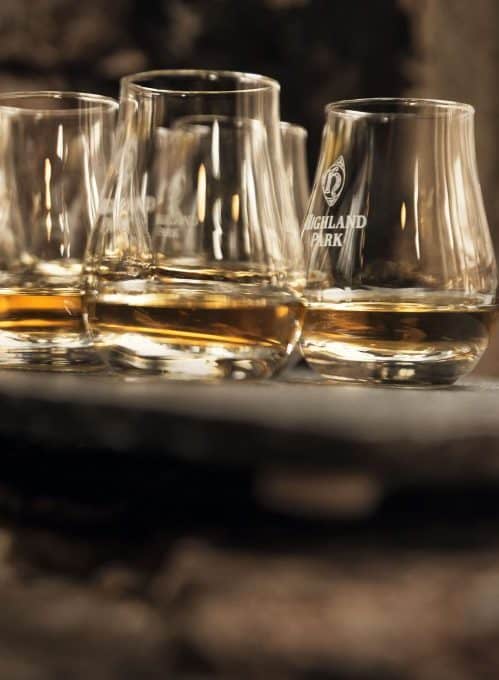