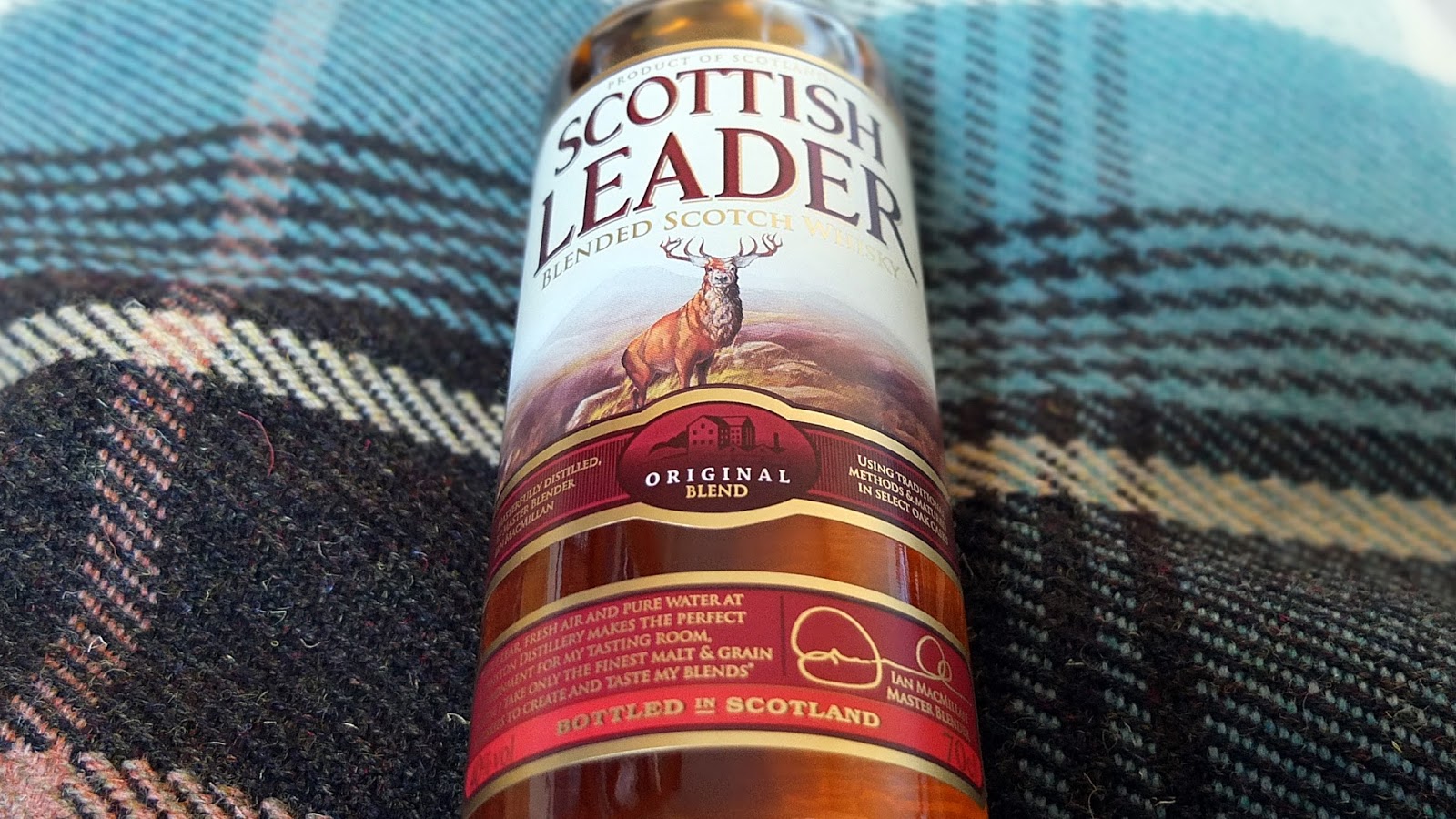 Scottish Leader is a blend you’ll see sitting on the supermarket shelf but in all likelihood haven’t reached for a bottle as of yet. I was the same until recently, as the £15 price point sets it slightly above the run of the mill mainstream supermarket offerings and just below your forever popular Famous Grouse, Bells etc. The latter are the brands that many shoppers pick up and put in their trolleys without thinking or looking at the alternatives.

It’s the consistency regular purchasers appreciate and the safety of a familiar routine. A short-term special supermarket discount may prompt a brief change, but ultimately it’s difficult for new or lesser financed blends to compete with the big Scotch brands. On several occasions I’ve just stood in the alcohol aisle, to consider how its possible to sell a bottle and still make a profit.

The answer is sometimes a profit is forgone briefly, but also corners are cut and standards slip as the desired unit cost is pushed relentlessly downward. This spiral is noticeable if you sit down with a blend from the 80’s or earlier and compare it to its modern day counterpart. Even one of those god-awful Bell’s decanters confirms how hollow the belief in consistency and quality is today. 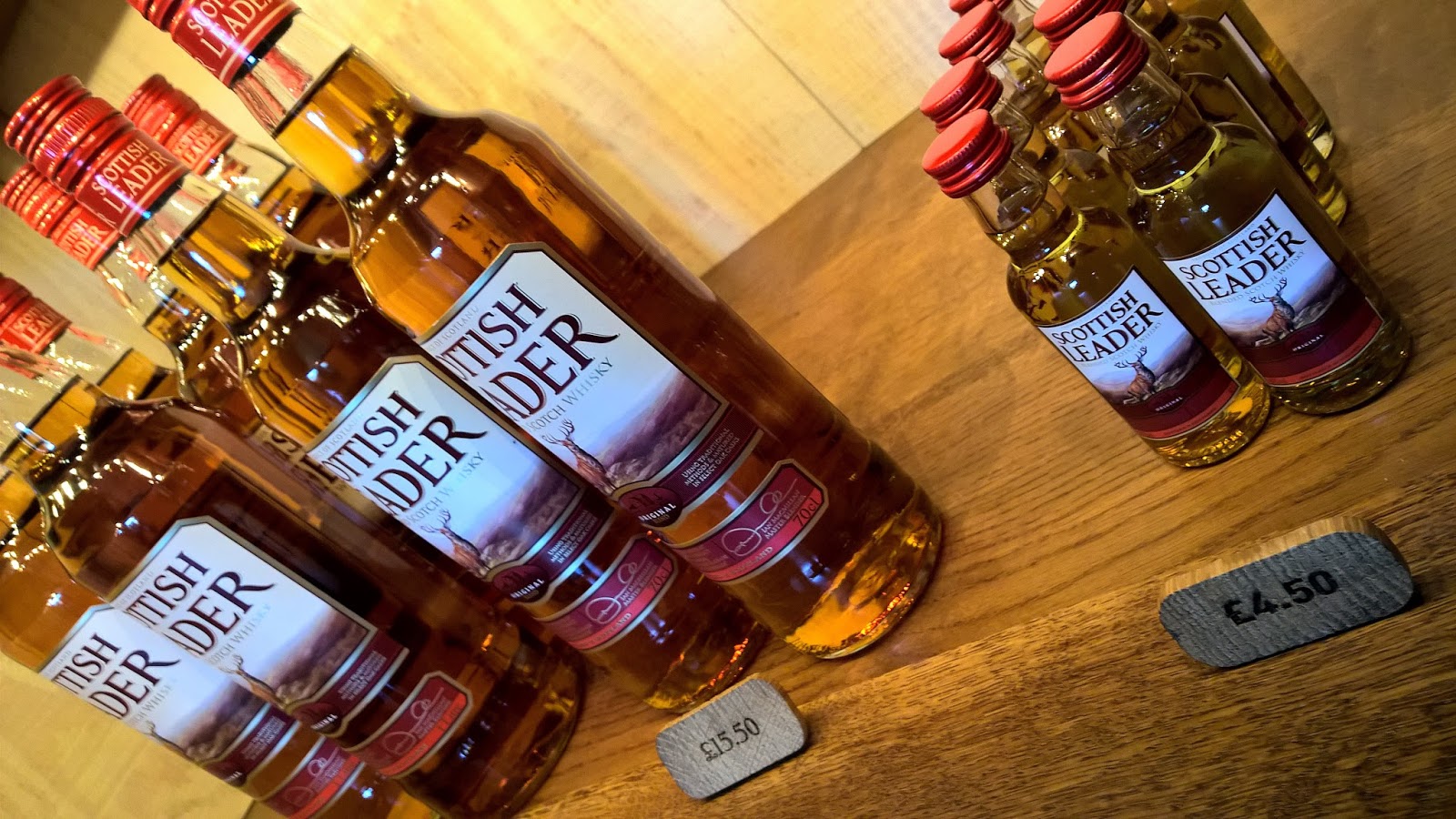 Given my recent extremely disappointing experience with the new Famous Grouse Smoky Black, I wanted to erase its memory (and taste) with a solid blend. A recent trip to Deanston distillery presented the opportunity to purchase a bottle of the core Scottish Leader offering. It wasn’t until further research that I realised Leader also offers a series of spin-off’s mostly intended for the Asian market. It was the success of Scottish Leader in selling over 6 million bottles per year that attracted new owners Distell who were aware of its popularity in its native South Africa and also in other markets such as Taiwan.

The Signature blend has a hint of Hebridean smokiness, Supreme the Asian exclusive or even a 12 year old blend. Each is united by a small batch ethic you normally don’t associate with the blended Scotch market. A blending team has ignored the advent of computerisation and instead relied on their skill. The involvement of Master Blender Ian MacMillan until recently should be enough to warrant further investigation.

Colour: classic caramel
Nose: a little grain but also creamed sweetcorn and coffee beans. The familiar presence of syrup, ginger and vanilla – actually Custard Creams. Milk chocolate and orange peel.
Taste: a little smoke behind the caramel and orange. Honey with more chocolate and certainly less of an industrial grain feel to this experience than the Smoky Black. A peppery finish takes us to the conclusion of a solid blend.

Overall: I’m happy with this blend experience and as stated it is robust and a crowd pleaser. Bottled at 40% it’s on a par with the enjoyable Lidl Queen Margot Blend and one you can rely on.