The mighty Glen Ord, or just simply Ord, is one of Diageo’s powerhouse distilleries. Providing a huge output of spirit it ranks amongst the top 5 producers in Scotland. Yet it is far from a household name and doesn’t receive many plaudits in the UK market. So what’s the deal with the Ord?

A large proportion of the whisky goes into Diageo’s variety of blends but that still leaves a malt whisky presence in the form of the Singleton range. This isn’t a stunning whisky from my time with various examples but it has proven to be extremely popular in the Asian market. A recently completed expansion of Ord distillery was necessary to keep up with this growing demand for its Singleton.

Last November I actually attended an Ord tasting at the Dornoch Castle Hotel which you can see some photographs of the bottles and my Instagram thoughts here. Prior to the event the then Ord distillery visitor manager, offered us a taste of the current Ord 12, 15 and 18 year old’s which you rarely see in the UK. I was pleasantly surprised and given the recent changes at the distillery, it’s one I should return to again later this year. The tasting that night of Ord’s from across the decades was tremendous. The organisers will be now focused on bringing their Dornoch Distillery to life.

Another part of the under the radar feel to Ord in the UK and other markets apart from Asia is that you rarely see it bottled by independent bottlers. It’s a real rarity, much like other Diageo distilleries such as Lagavulin and Talisker. As part of their January 2016 outturn Cadenheads released this 11 year old Ord. Immediately I knew this was one to pick up and experience. Retailing for £49 it’s a decent price as well. 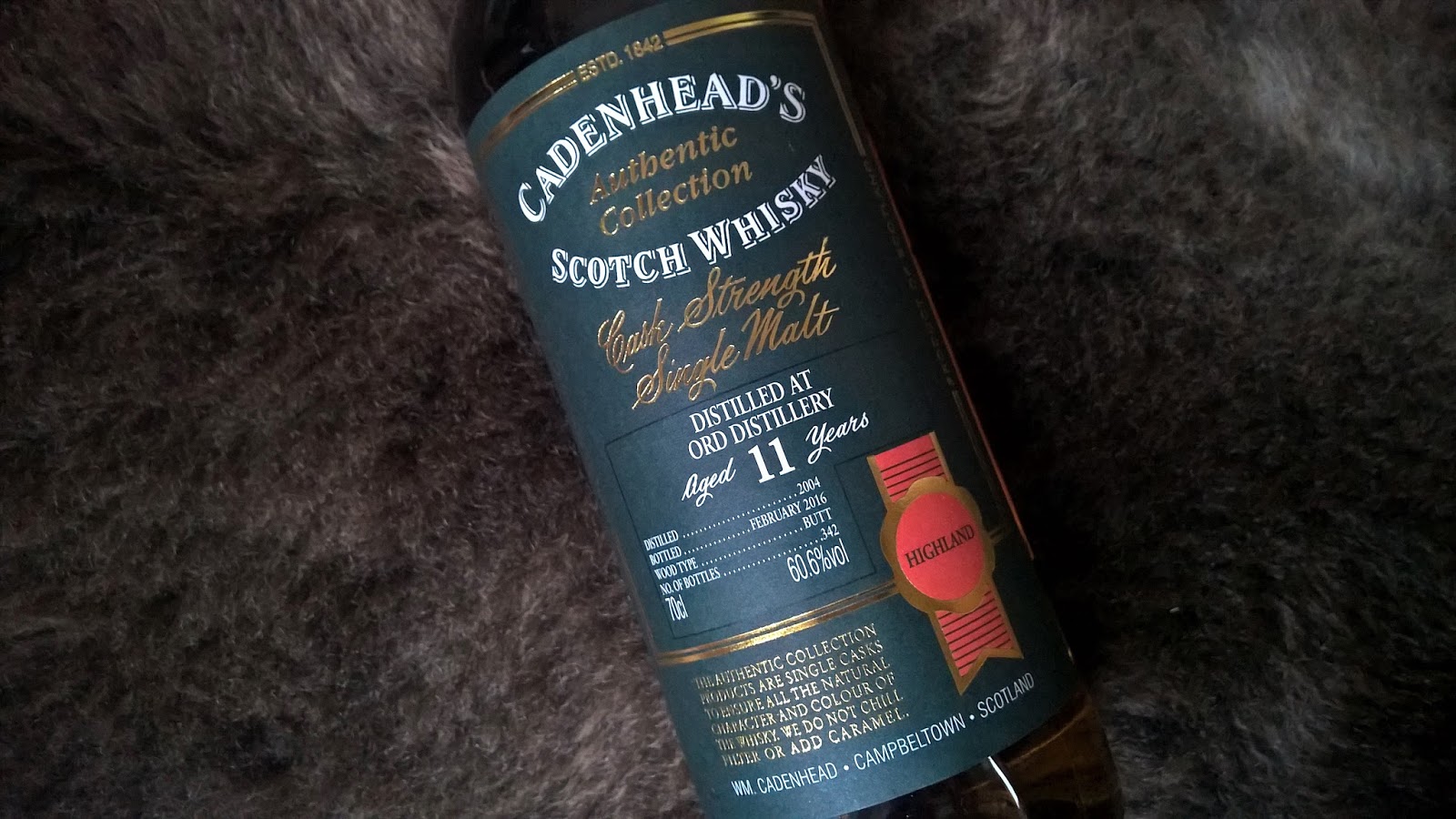 Colour: hazelnut
Nose: a rush of coconut and almonds, then the vanilla wood arrives. It’s certainly a character with sliced green apples, white pepper, Werther’s Originals and red grapes. Left in the glass for while longer prompts the appearance of honey, a wee bit of ginger and a lime influence.
Taste: a fantastic oozing texture across the palate. Silky, I want to say Kendal mint cake for its forceful nature and freshness. No, icing sugar, chocolate, cranberries and more vanilla.

Overall: an excellent cask, a well made spirit and after 11 years you have something marvellous. Priced at under £50 you’d struggle to beat this and the fact its from Ord distillery why don’t we see more of this whisky in its natural state?

Now here is something interesting as you don’t see too many Glen Ord’s bottled independently and that’s a shame. The distillery is a massive player..