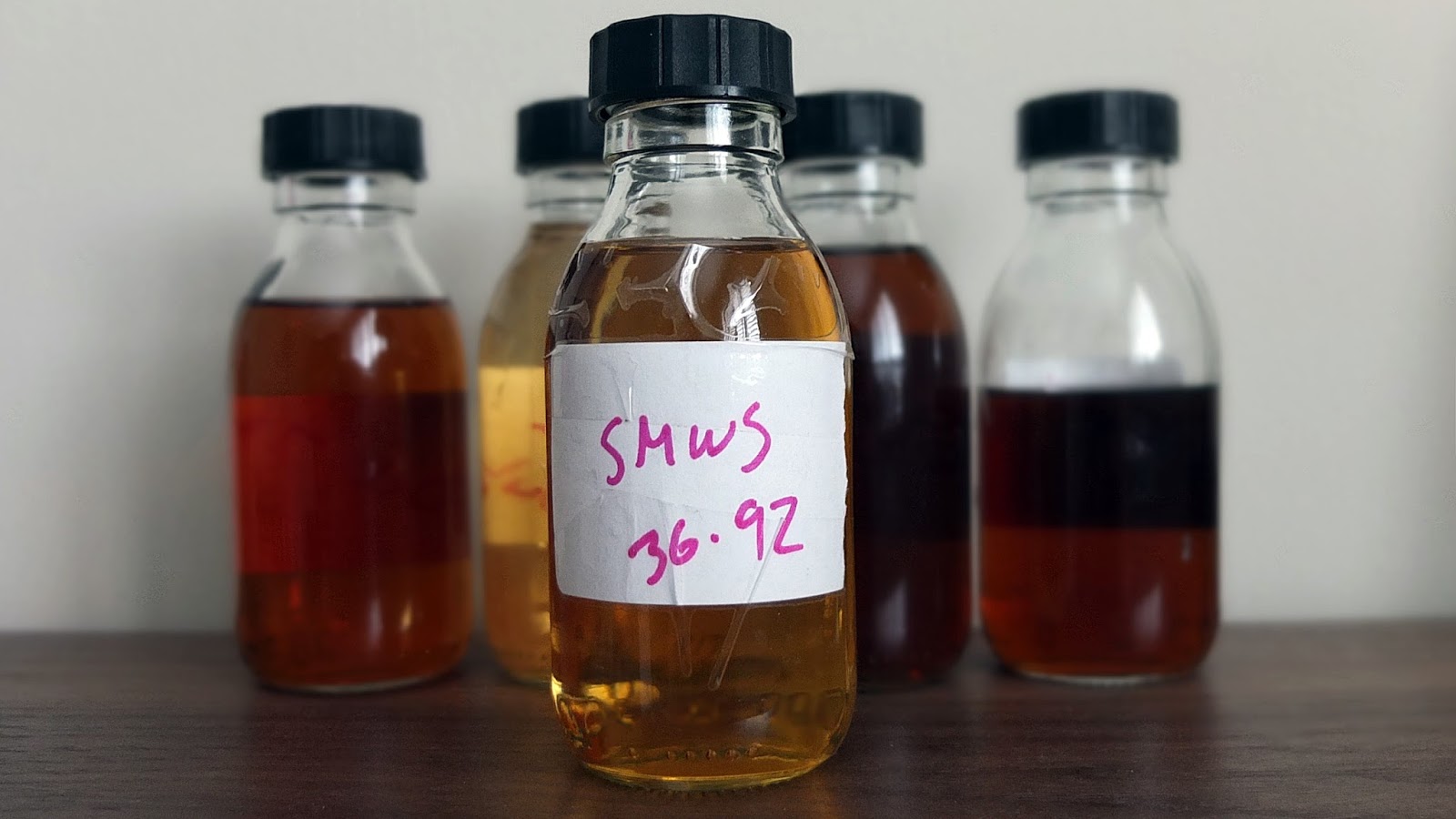 Part of the appeal of the Scotch Malt Whisky Society bottling programme is the focus on rarely seen distilleries that often produce for blends. These by default some onlookers expect are thereby not worthy of a spotlight, as a standalone malt. Nothing could be further from the truth, as the SMWS demonstrate and my experience shows.

Here we have a 13 year old release from the Benrinnes distillery. I’ve come across this distillery previously with an excellent bottling by Lady of the Glen, which is now sadly sold out.  Then there was the formidable and insane, 2014 official release as a 21 year old. Sadly overpriced by Diageo at £240, which explains why you can still pick it up easily today. If Diageo saw the light in their luxurious HQ and cut the price, then maybe I’d pick it up as its terrific but a real monster. I also took part in the rarest of things – a Benrinnes vertical tasting!

Now I can go in two ways with this article. I can give you more detail on Benrinnes distillery, or talk about my concerns with the Scotch Malt Whisky Society currently. I expect Mark at Malt-review will rattle off the principle guide pack about Benrinnes. As I write this he hasn’t reviewed this bottling despite sending me this sizeable sample. So I’ll do the gentlemanly thing and go off on a Whisky Rover tangent.

So that leaves the Scotch Malt Whisky Society. The Glenmorangie Company sold the SMWS almost a year ago to a group of private investors. It thereby ended a magnificent run of releases and variety at reasonable prices. Ok, I know some very old members of the SMWS who for years have bemoaned their pricing, but I think we can look back on what was a golden period.

Private investors are being attracted to whisky as it is booming and such investor groups seek to make money. We can all appreciate that’s the nature of the beast. In 2016 we have a flashy new website that was very overdue and what seems to be a growing monthly outturn. Some much needed investment and attention from the new ownership clearly. Staff in the branches have new responsibilities and the doors of the Queen Street venue have been thrown open to the public. Yet I’m growing more concerned.

The price of the monthly releases is increasing and for me we’re seeing more whiskies bottled at what I feel is a younger age. This does not show them in the best light. Why instigate a monthly release of 24 bottles when a more compact and appreciative 6 pack would do? Also worryingly more cask finishes are seemingly being applied now. I find these dubious with for instance the current 36.95 from Benrinnes, spending 14 years in a ex-bourbon cask to spend the last year in a 2nd fill sherry butt.

Then at the other end of the spectrum take 41.70, which for 34 years spent its duration in an ex-bourbon cask. That’s before a very short finish of less than a year in a 2nd fill ex-Sauternes cask. In my eyes that’s like taking a classic Ferrari and deciding to paint it pink and add horrendous alloys. It insults the whisky and raises speculation of a benign or bad cask; otherwise why adopt such a practice? The price for 41.70 is £332 to members or £664 for non-members. I’d love to know if anyone has been taken in?

Things are certainly changing at the SMWS and perhaps not always for the best. However for now, I’ll see what the remainder of 2016 delivers. In the meantime we have a whisky to review! So first the details:

Colour: a supermarket honey
Nose: more honey laced with vanilla. There’s almonds at work here verging on a packet custard. Certainly a wood foundation with some creaminess, white grapes, pepper and caramel evident.
Taste: oh my, more body than I was anticipating from the nose. A light vanilla sponge, some yeast in effect with sherbet and a praline finish. Returning there is a luxurious varnish of toffee, marzipan and cloves.

Overall: a very generic nose that some may try to wash away with mundane commentary, but that’d be bollocks on this site. It is the taste on the palate that propels this whisky into another dimension. In some effects a Trojan Horse of a whisky with that dull exterior giving way to something unexpected.

I’ve neglected the Scotch Malt Whisky Society this year so far. It’s been for a variety of reasons and these have been echoed by friends..