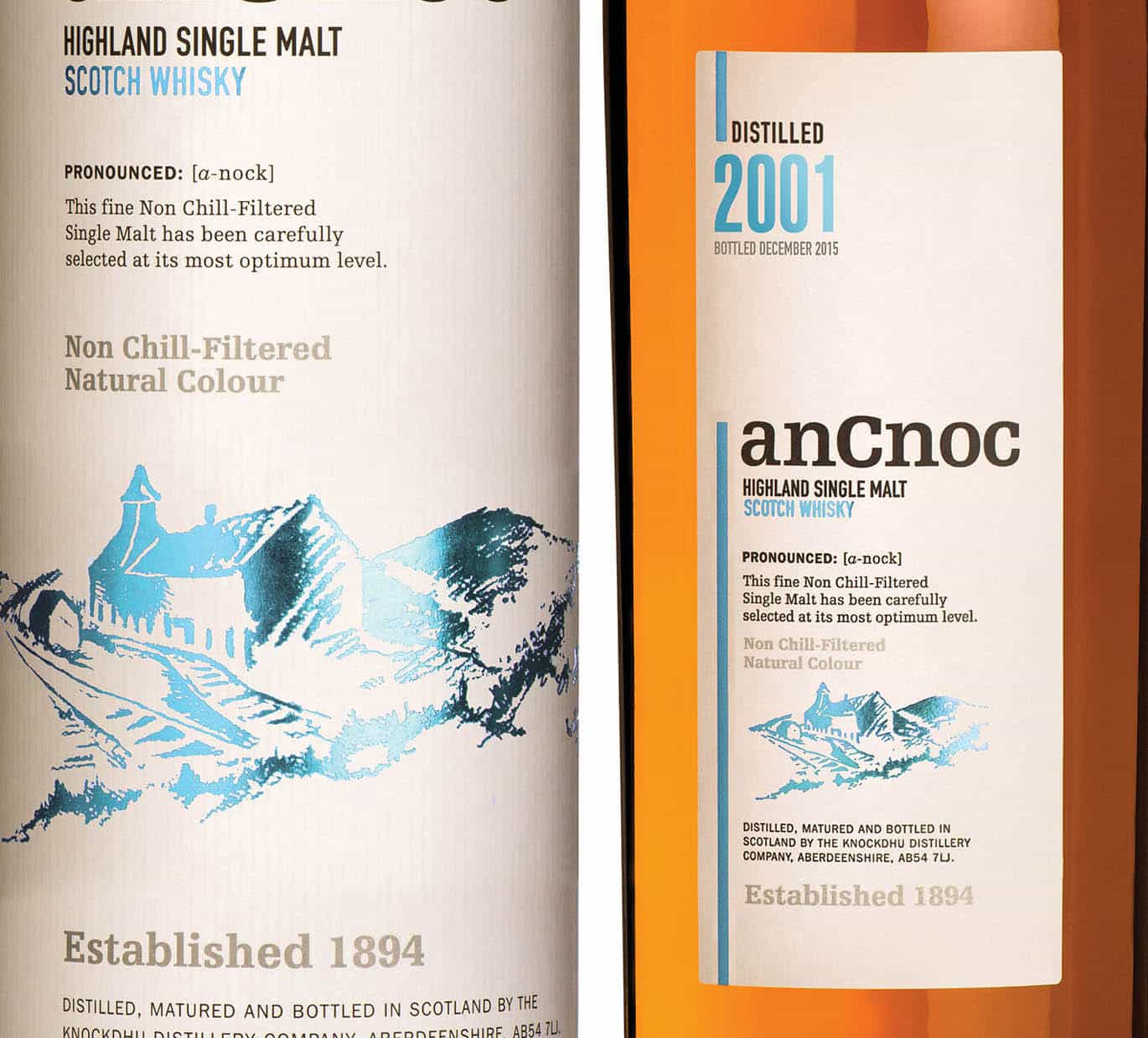 It has been ages since I reviewed an anCnoc and then two came along at once. First the anCnoc Blas, which contains a little more recent distillery information, and then this: the new anCnoc 2001 Vintage. So if you want the preamble to the Knockdhu distillery in Aberdeenshire, take a look at the recent anCnoc Blas review.

In anCnoc’s vast range of whiskies, some come without an age statement, but a lot of them with an age statement. Age statements are becoming ever more an increasing bone of contention among single malt drinkers, with the perception that some distilleries are – basically – ripping people off by hiding young whisky without an age statement and jazzing it up with marketing fluff instead. It used to be these No Age Statement whiskies came relatively cheaply, but now they are increasingly expensive. (Some, such as Laphroaig Lore, are both expensive and complete rubbish.)

The anCnoc 2001 Vintage has been matured in both Spanish and American oak casks for over 15 years (in traditional dunnage warehouses). It contains no chill-filtration (a process that removes a haze that may form at cold temperatures – and some compounds from the spirit) nor caramel colouring, and it is bottled at 46% ABV. It’s limited to 1,000 cases in the UK, US, Canada, Sweden and Japan. 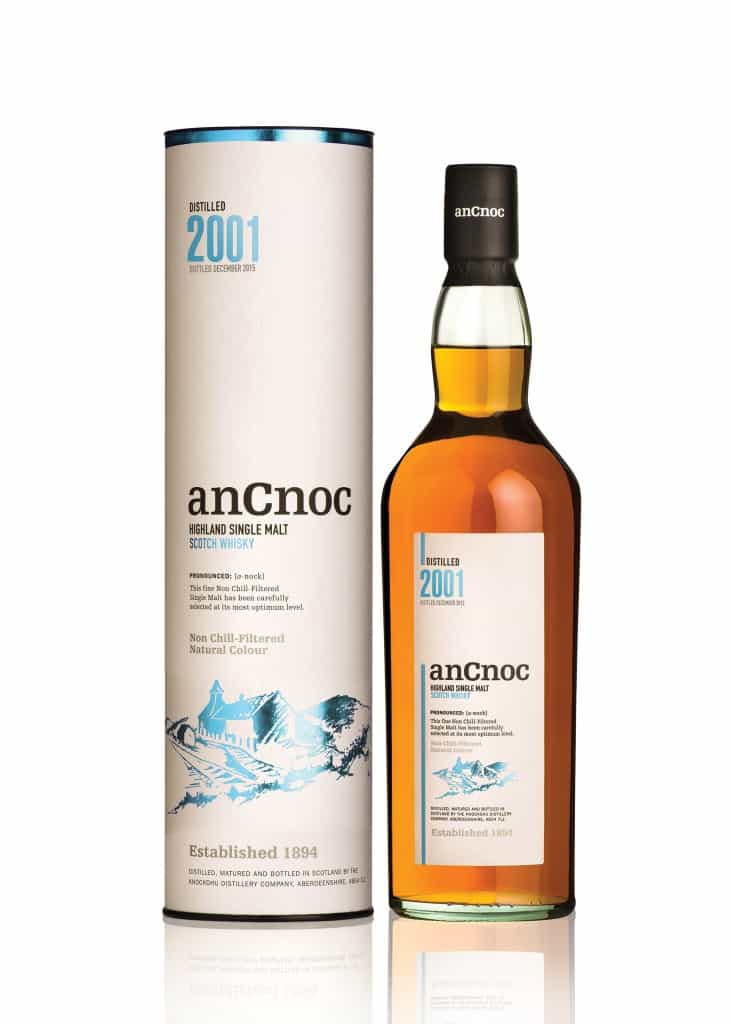 Colour: deep gold, though with an extra brightness about it.

In the mouth: honey, vanilla, oranges, sultanas. Apricots once again and – yes – baked apples in syrup once again. A little ale. That lovely aftertaste from orange marmalade on toast. A touch of chocolate, but more milk than dark. And back once again to some bold fruit – that mix of both American oak wood (vanilla, honey) and Spanish oak (dark fruits) are both very much on display. Towards the end there’s this lovely dry, cloying note which is unusual for an anCnoc, but it doesn’t detract from the goodness. Instead it rather adds some interesting character to it – like someone who’s very clean-living finally letting their hair down. Let it fizz through your mouth and there’s almost a yeasty, Champagne-like quality to the whisky. Not really woody or spicy on the finish – just still very fresh and clean. It’s delightful. Playful. I don’t want to belittle it by saying it’s simple: that simplicity is full of charm, suppleness and elegance, and it is very well-balanced.

It feels like a vintage car – a cheeky little mid-60s Alfa Romeo Spider, rather than some grand old E-Type Jag, but well-looked after and gleaming with polish – being driven to a golf course by Nigel Havers on a Sunday morning. Bit of a cad, maybe. There’s something very classic and old-fashioned about it. It’s a superb, classic highland malt. Not the most complex dram in the world, but a delight and an absolute steal at £55. Tasty, 15-year-old whisky at that price is like drinking whisky in the good old days. anCnoc (or rather Knockdhu) really is one of the best value distilleries in the world, and it’s swiftly growing into a favourite of mine. At this price: recommended. 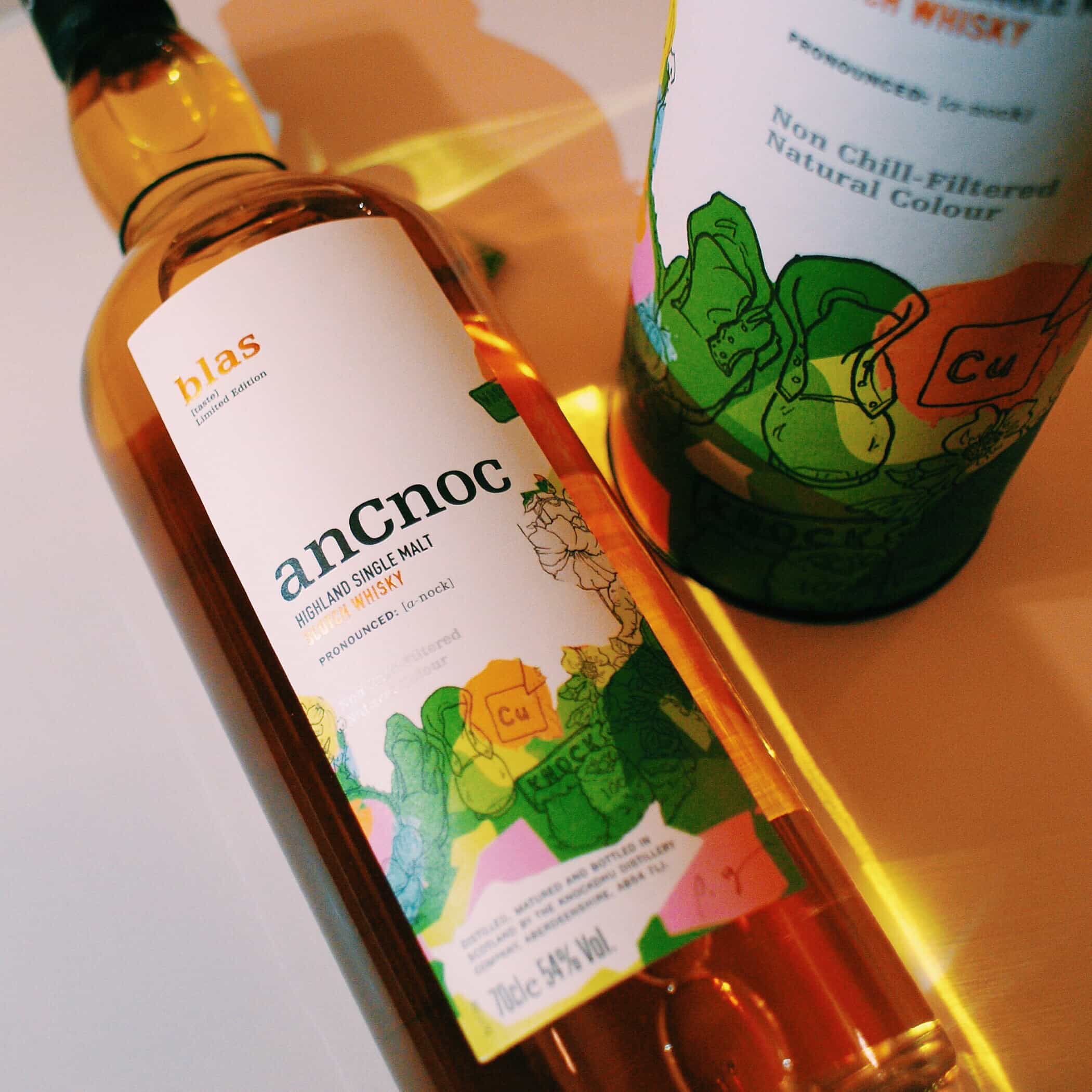 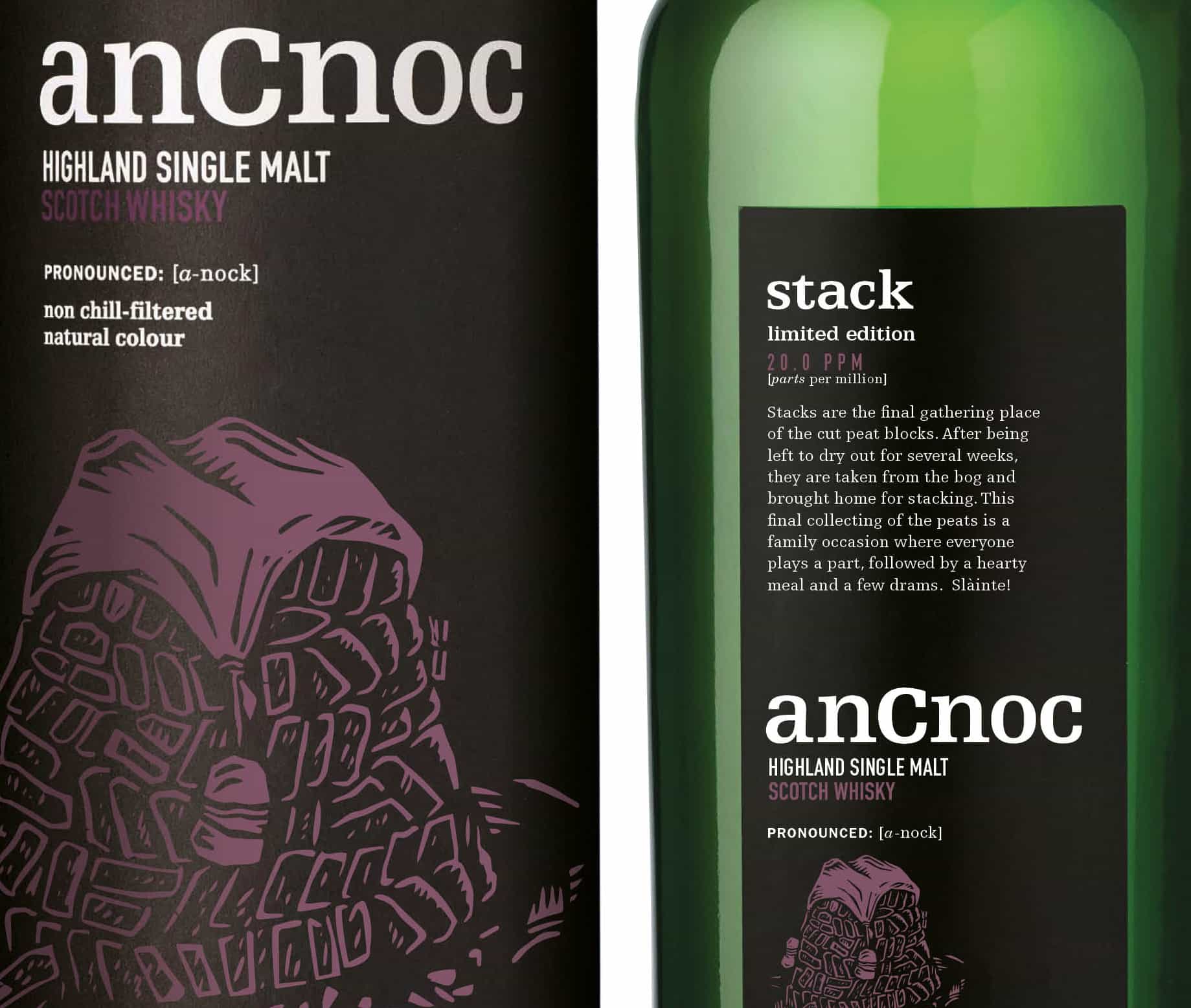 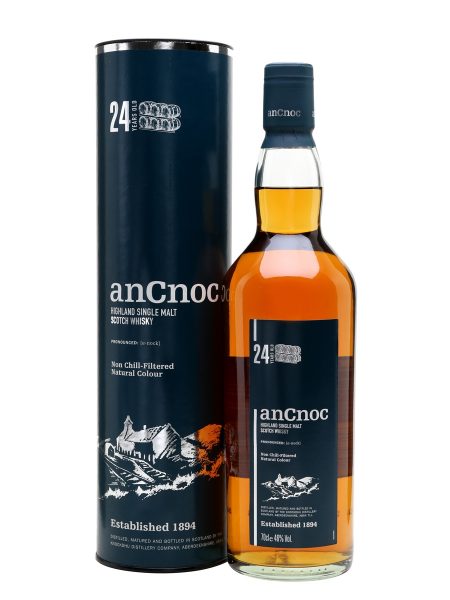