Amidst a recent raid south of the border, finding myself with a free afternoon I headed over to Scotch Malt Whisky Society at Greville Street, to face an unholy mini-vertical tasting. It seemed an apt area of London with its Victorian buildings echoing a bygone era and sense of the unknown, as I stood on the fringes of reality. The branch situated down a small backstreet lane – is far removed from the distant hum of modern life – it felt you were stepping off the grid for this momentous showdown

In the classical world of demonology the work of Lanterne of Light is widely believed to be incomplete. Covering the seven deadly sins and their representative demons, the suspicion was that another chapter and an eighth demon was identified and penned. Whether this was deliberately expelled or kept aside for future generations remains unclear. The motivation and need for secrecy from the depths of hell can easily blur the lines between oblivious and oblivion.  It was only recently that this missing section was found during excavations at Cnoc an t Sabhail on the Isle of Jura, part of the Inner Hebrides, off the coast of Scotland. The site is widely known today for the presence of Barnhill, where George Orwell spent his last 4 years writing his dystopian classic Nineteen Eighty-Four. The remote location on this distant Scottish island offered the perfect environment and inspiration for the writer.

Little is known about the history of the local peoples prior to the release from the Dark Ages and subsequent invasion of the Vikings however it was generally accepted that the site had been used over the centuries. Excavations have now revealed ancient foundations of what archaeologists suspect was a meeting hall of some kind. Beneath the flagstones that once formed the flooring of this impressive structure, they discovered a small hidden chamber. The inhabitants and purpose of this building remain unclear but within this chamber a small intricate puzzle box resided along with several other artefacts. At the core of the puzzle box was the missing parchment from Lanterne of Light detailing the eighth demon and his name. Currently this text is with leading demonologists and scholars for authentication. Sources suggest that the island of Jura is an important feature in the legend and that the demon harbours the water of life and lust for a modern day spirit. 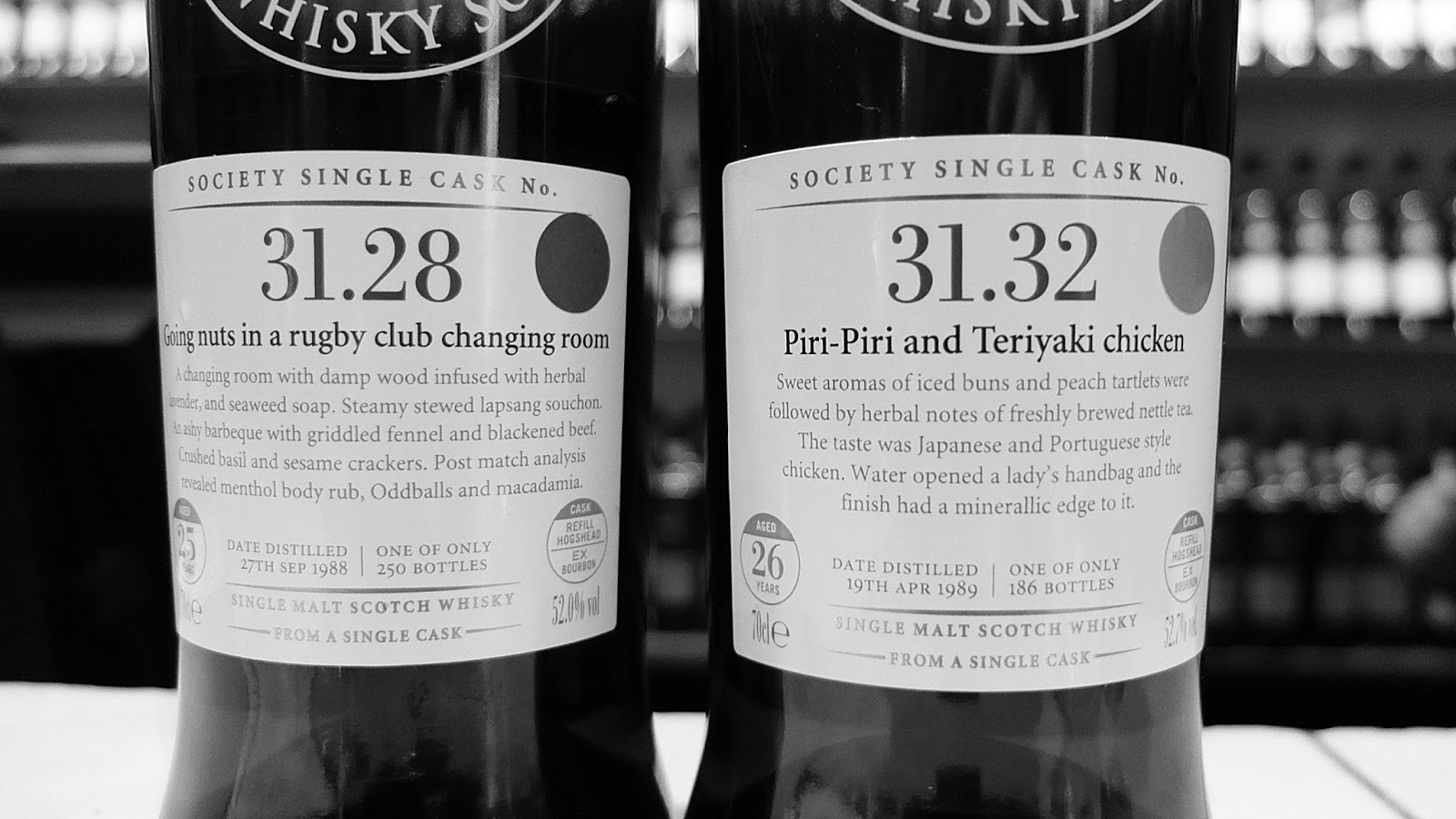 Others have described this as a demon of the Axis of evil, some have used more colourful language but there’s no denying that Jura whisky is popular. Clearly out there someone is purchasing and enjoying unless it’s some huge tax evasion scheme with the spirit being poured into the Clyde. On my continuing whisky journey I haven’t really found any love or appreciation for Jura, which is unfortunate as the distillery is set in a stunning part of Scotland and should be producing a marvellous product. I’m also a fan of Nineteen Eighty-Four. Jura generally is a continuous source of disappointment and scathing banter

Perhaps there is something to this demonology? Sitting comfortably at the Greville Street branch, I gazed out across with a storm rolling in from the North. The natural light dimmed and the wind struck a new menacing chord. The tasting room seemed eerily quiet with only the sound from the fire for company. Sadly just two examples of Jura whisky lay before me. I stepped into the void ready for the challenge.

Colour: worn eight carat gold
On the nose: lashings of orange marmalade and barley sweets. There’s a buttery aspect present as well and a tinge of the Irn Bru fizzy drink. A faint echo of strawberries resounds from the depths. Adding water smothers these devilish flames and reduces it to the bare wood.
In the mouth: a little flat and watery with the kick of alcohol being the finish legacy. Returning a hint of vanilla. With water the wisp of black smoke and pepper remain present.

Very flat and one dimensional. 25 years is a long sentence with little reward it seems from the Isle of Jura. 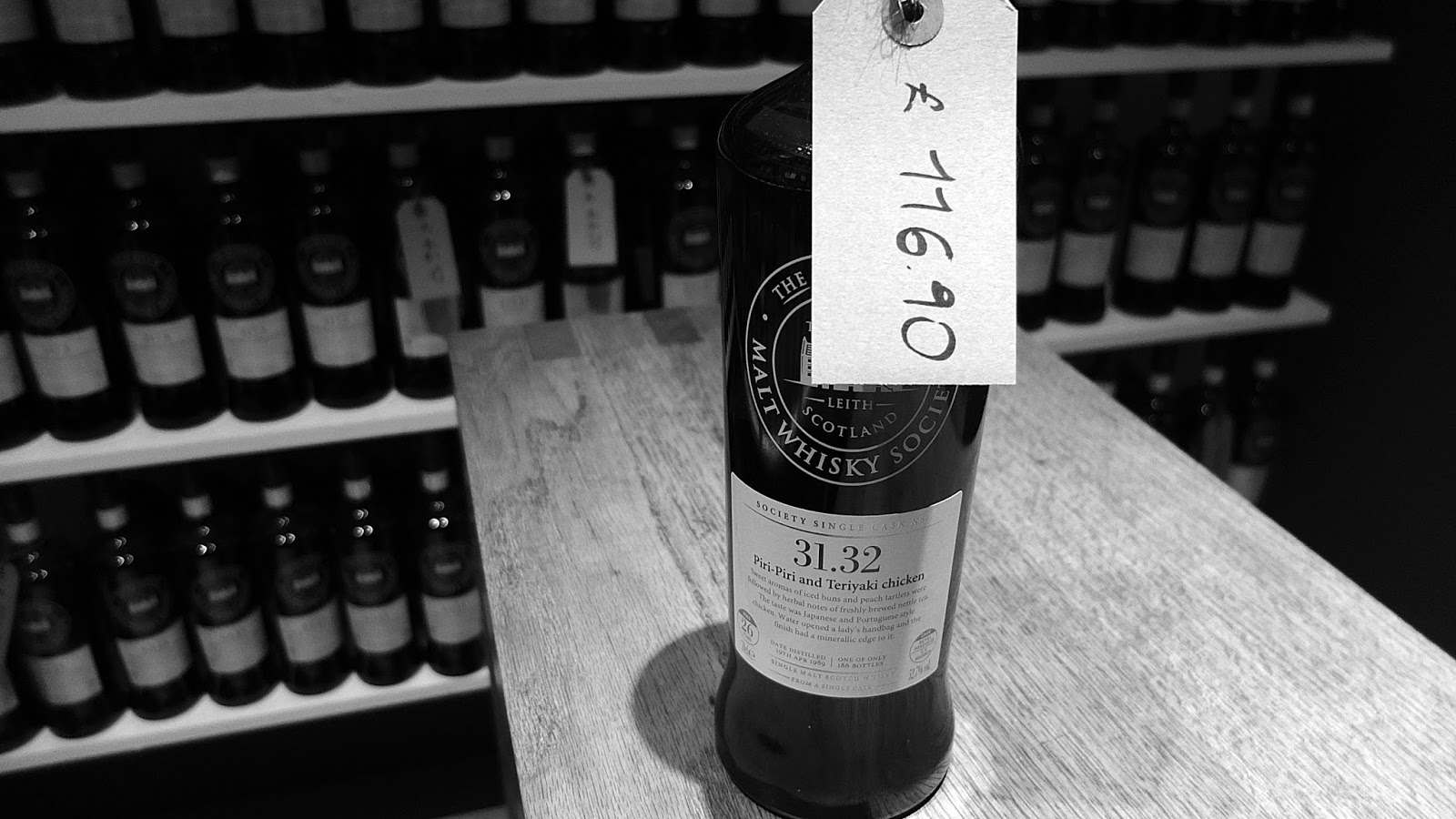 Colour: a naked Paterson
On the nose: there’s more here and therefore greater promise. Apples and peaches to be precise. Then vanilla and more apple flan in retrospect with a buttery pastry. A dash of cream soda and lingering sawdust. Vanilla custard, marzipan and with water more floral notes appear.
In the mouth: well the nose did get my hopes up of a jailbreak and there is some flavour initially but the promise soon evaporates. Cornflakes and balsa wood. A little salt of all things and ginger. I’m left with the impression of licking a postage stamp.

One year further on and we’re not that much better. Costing £116 a bottle you’d have to be a devil to purchase this – even if its to give to your worst enemy or a disliked work colleague.

Whilst I’m disappointed that we could only summon two drams from the depths of hell, in many ways it is a fortunate escape. A combined age of 51 years and amazingly the flavour profile is exceptionally limited. This follows on from my experiences of the 23 year old Royal Mile Whiskies single cask bottling of Jura i.e. benign and worthy of being a blend component rather than a malt whisky.

We’re back on Islay with the consistently underachieving Bowmore distillery with a release via the Scotch Malt Whisky Society. Almost every month without omission the..

Regulars will know I finally gave in and joined the Scotch Malt Whisky Society recently after years of deliberation. As part of your initial membership you..