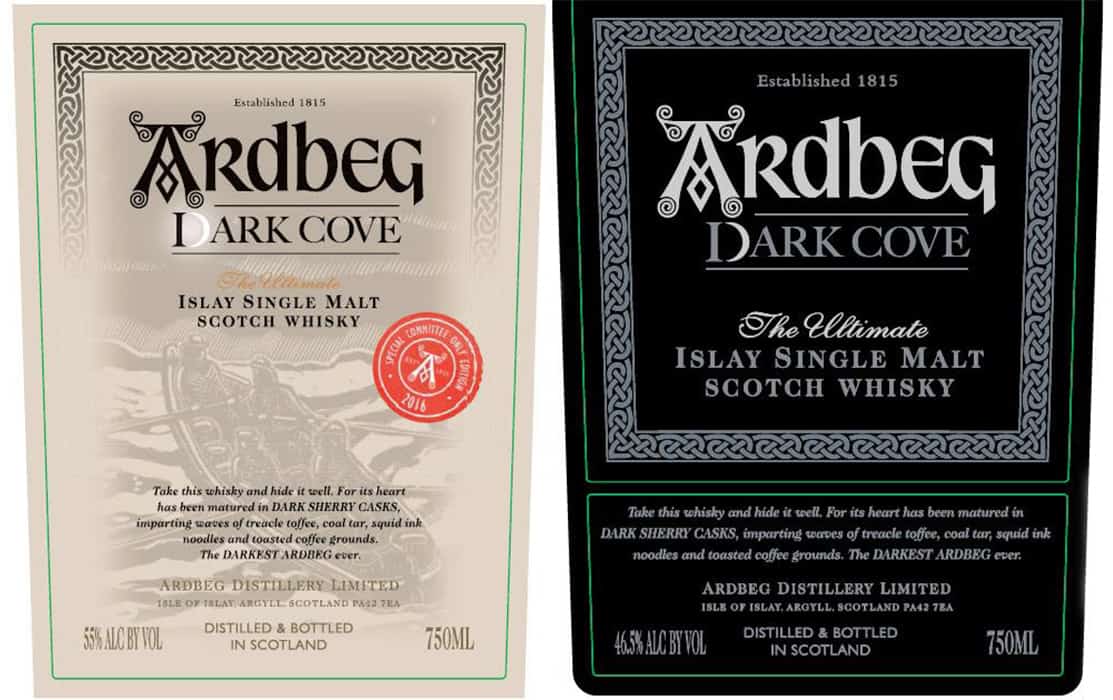 Everyone loves a new limited edition Ardbeg release. And by ‘loves’ I actually mean ‘hates’. Hates because as soon as these bottles go on sale they tend to sell out within seconds and re-emerge – days later – for thrice the price on an online auction site. Just about everyone involved in the entire process of this is largely labelled a fool and a process of online flagellation begins.

And yet, what can Ardbeg do? Go back six years and everyone tended to adore Ardbeg’s quirky marketing, but then when they couldn’t actually buy the bottles because Ardbeg sold out, whisky drinkers started to get annoyed. Really annoyed. (Personally I think their brand marketing is now very dated and lazy, but hey.) The negative sentiment towards this distillery was significant, considering just how many people adored it years before (and still do, to be fair). That adoration was born, perhaps, from the fact that we very nearly lost this distillery two decades ago, and that it belted out some simply stunning whiskies upon its resurrection.

Onto Ardbeg Dark Cove, which ‘pays homage to the shadowy past of Ardbeg’s coastline’ that was, no doubt, rife with smugglers and so forth. Blah story blah. This year’s new bottling, which launches on Ardbeg Day – that’s the 28th of May – is made up of whisky that has been matured in sherry casks as well as ex-bourbon casks. As with many of these Ardbeg releases, there are two versions: a Committee Release, which is a little more exclusive, and one that goes on sale to the great unwashed – which is probably you, dear reader. To be fair, the ‘Committee Release’ is basically the fan club, but that doesn’t sound as seductive does it? Today I happen to have them both, and am pitching them head to head. Because why not? 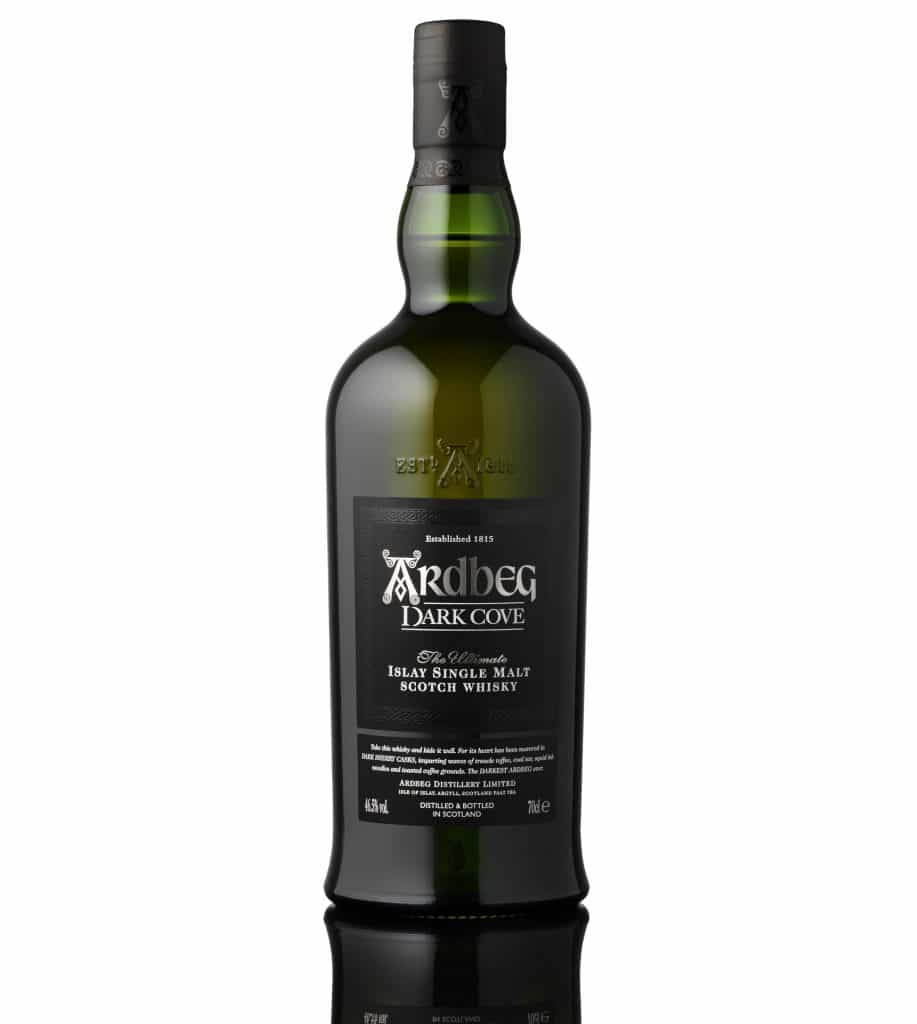 On the nose: gosh, that is lovely. Text book sweet peat notes at the fore. Medicinal – touch of TCP. Very tart fruits – redcurrant, rhubarb and apple. Muscovado sugar. Raisins. Cinnamon. Once everything fades after a few minutes there’s some rather nice yet quite un-Ardbeg-like cereal notes.

In the mouth: brilliant. Exceptionally nice flavours here: again, following on from the nose with the medicinal peat qualities, but it’s that luscious tart fruit that really starts to sing. It’s like hedgerow jam on burnt toast. Touches of red wine in there: Pinot Noir, leaning on the nice side of being too tannic. And as with the nose, after a while those hoppy cereal notes begin to manifest. A warming, ginger finish. 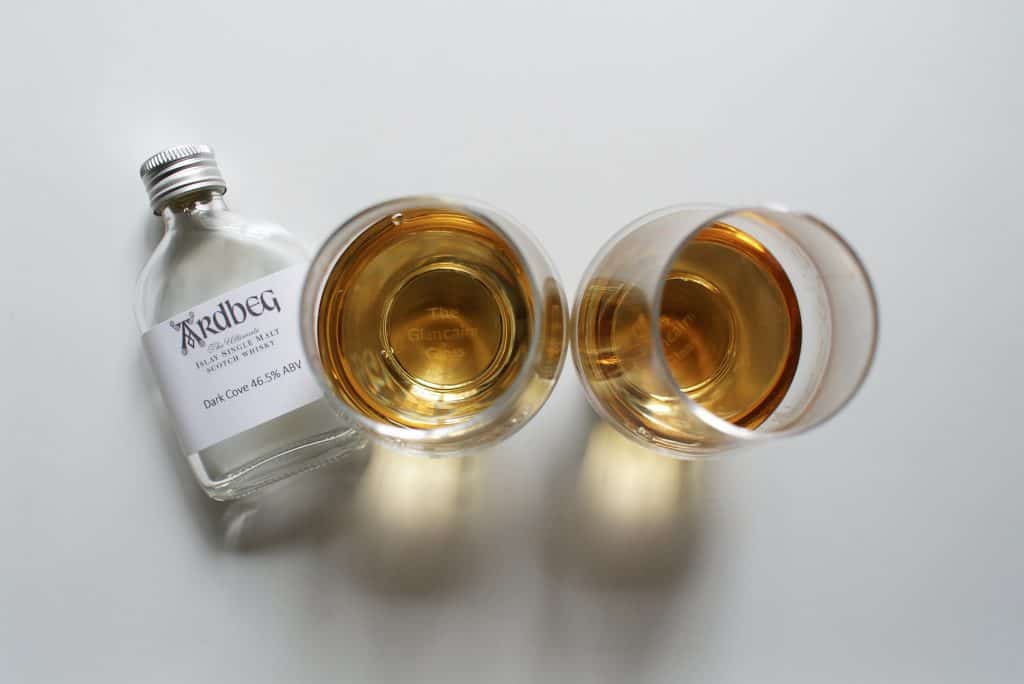 On the nose: not as peated! In fact, a lot more understated. Everything feels so trapped. The peat is lost slightly under more plastic-like feint qualities. It’s all the dark fruits, redcurrants and blackberries, along with distinctly wine-like qualities, though not so much the Pinot Noir as dessert wine or even port.

In the mouth: much nicer than the nose, and the peat has returned. It is more intense – and in fact, it’s even starting to remind me of some of the Bruichladdich Octormores in its earthy, tannic prickliness, which is unusual. But that doesn’t make it any better. Everything feels caged in. The fruits are there. Ginger. More towards burnt sausages and glazed ham perhaps. Add water and – lo! – you get much the same as the standard release. It opens up. It shines. The peat returns. The fruitiness explodes again. Tobacco on a very long finish.

Ardbeg Dark Cove has an air of glamour – a cigar smoked by a perfumed actress in the back room of a theatre, a glass of red on the side. Both versions of her are good, but in its raw form the standard release has the edge. And if indeed this is precisely the same recipe, then all you can say is that the flavours open up at the lower strength, which given the way whisky aromas work, we all could pretty much have predicted that anyway, and I’ve wasted a little chunk of your day. You’re welcome! Either way, and for either variant, I think Ardbeg Dark Cove a good whisky and, for me, a return to form for the distillery after the disappointment of Ardbeg Perpetuum.

And when the whisky is this tasty, I didn’t mention its lack of age statement at all. My only quibble is the price, which is £95.99 – that feels a little steep to me, perhaps by about £20. However, I’d wager that’s probably to prevent clowns from buying up bottles to immediately flip at auction. Ardbeg can’t really win either way on that. If you’re feeling flush, just get one.

Note: Dark Cove sample was supplied on behalf of Ardbeg, whilst the Committee Release was purchased with my own cash. 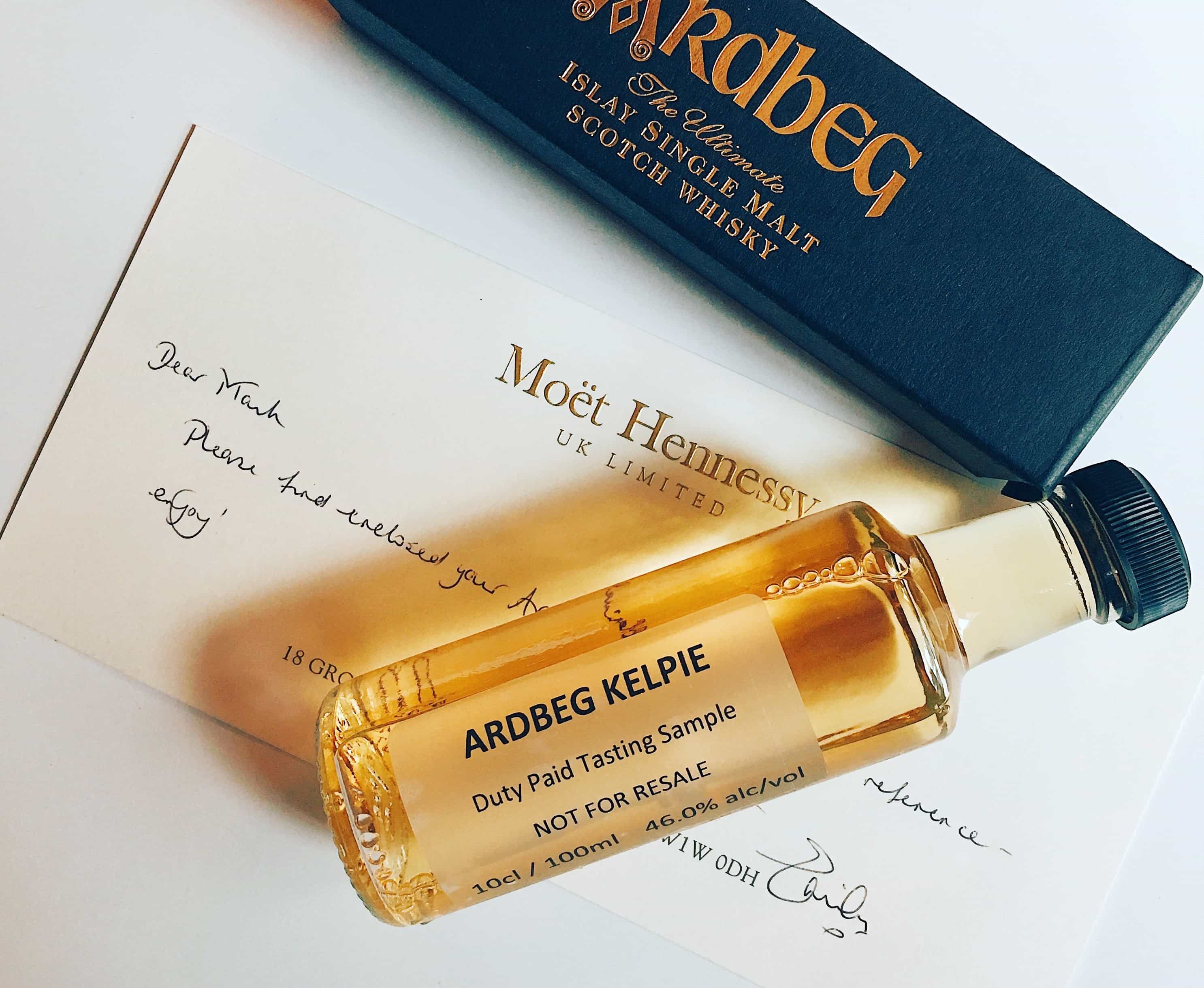