A single cask Ardbeg bottling is a bit of rarity nowadays folks. Moet like to hold onto all of their precious casks for their annual experiments and to restore their aged stock, which has a few gaps.

If you weren’t already aware Ardbeg was pretty much a silent mothballed distillery throughout the 1980’s closing its doors on the 25th March 1981 and not reopening until 1989. Yet when I say reopened this wasn’t a return to full production, as it was only active for 2 months of the year thanks to staff from a nearby distillery who would ensure the equipment was ticking over. This arrangement continued until 1996, before it closed again but was then taken over by the current owners in 1997. What aged stock was left at that time was released in a series of single cask expressions or helped create examples such as the Lord of the Isles or the 17 year old.

It doesn’t take a mathematical genius to understand that those periods of inactivity have forced Moet to keep the official core range to No Age Statements with the exception being the classic 10 year old. At this point I’d recommend you listen to the entertaining chat of Dr Bill Lumsden about all things Ardbeg which I recorded at a tasting.

Time is a healer and we’re almost on the verge of a new older expression being introduced into the core range. It’ll be a similar age to this Cadenhead single cask release although I doubt whether it’ll be in the same realm when it comes to pricing. This Cadenhead release pretty much sold out upon release for £160 a bottle and is a bit of a stonking dram. 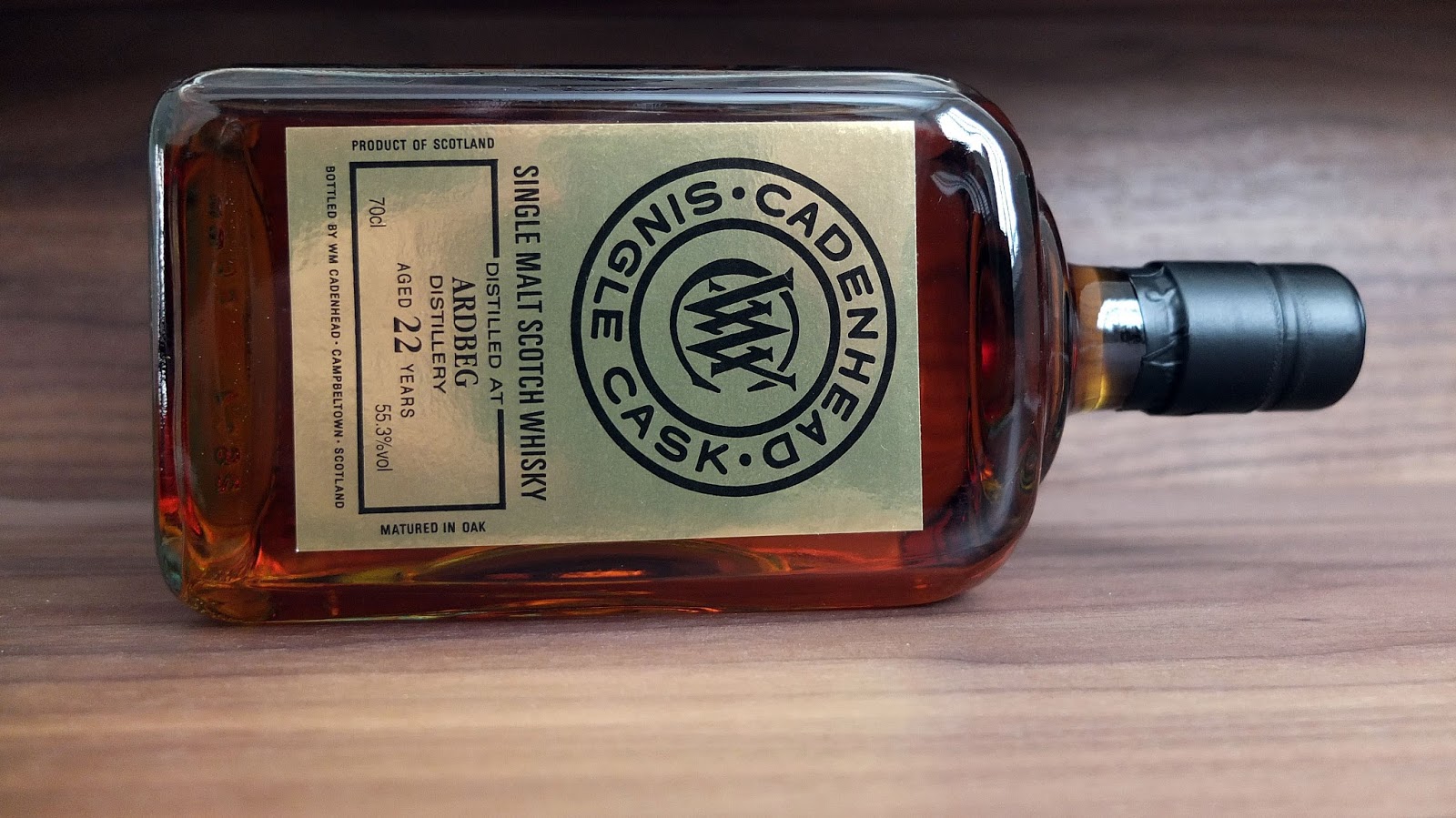 Colour: wow its darker than a dark cove during a blackout?
On the nose: this is a really meaty savoury dram that takes no prisoners. Like a forest walk with chopped trees, rotting vegetation and pungent mushrooms. Used fireworks and a menthol aspect almost a Laphroaig wannabe that aspect. A distant memory of dulse (seaweed) from my childhood as well, which you used to purchase dried in wee paper bags from the local Irish newsagents.
In the mouth: oh my, almost lost for words for a change. It’s an Ardbeg but has that extra X-Factor. The wood is more noticeable now with a dirty smoked vanilla quality and kindling – especially on the finish. Before all that lemon sponge cake, stewed red berries and aniseed balls.

A great example of harmony and the whisky gods coming together to deliver this merging of cask, spirit and maturation. Top notch. You could dip into this whisky all day long and continue the voyage of discovery.

Blink and you’ll miss it. Earlier today, around lunchtime Master of Malt released their bottling of an Ardbeg cask they’d managed to acquire, somehow. This..