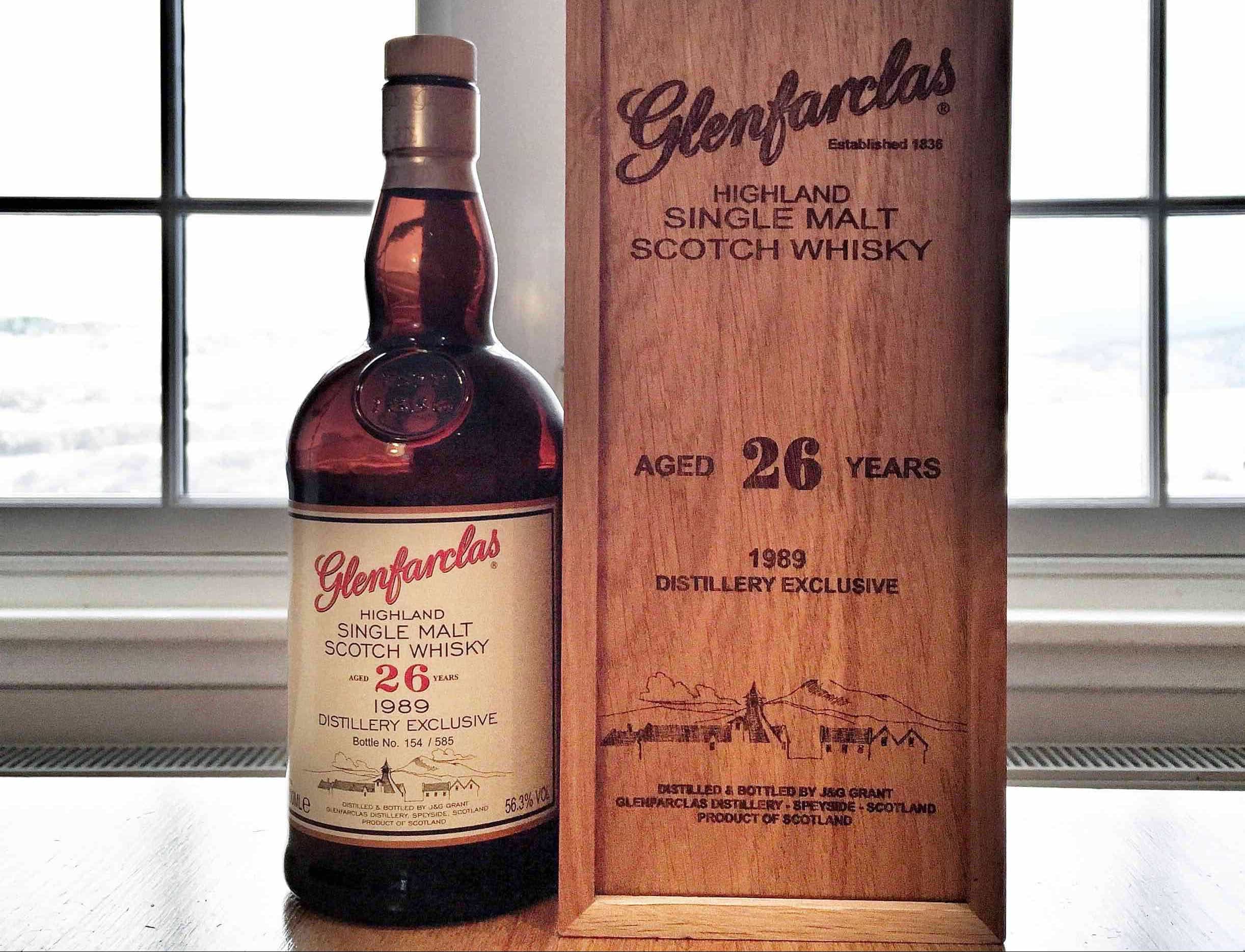 The Spirit of Speyside festival hadn’t yet started, when two bottles of the festival edition Glenfarclas whiskies were dropped off to be sold at an online auction. I saw the photographs as evidence. These are the times we live in, my friends, where special bottles of whisky are flipped at auction immediately. I suppose that’s one way to look at the whisky world: a way to spin money from exclusives. A quick buck for mountebanks who have no interest in either collecting or drinking whisky.

On the other hand, here’s a thing. When m’colleague Whisky Rover and myself rocked up to Glenfarclas distillery early doors on the Thursday, we purchased a bottle of the Glenfarclas Aged 26 Years – 1989 Distillery Exclusive right away. And we opened it – within seconds – in the distillery visitor centre. We offered a dram to a staff-member who shall go unnamed, and we were beckoned into a side-room. In exchange for that dram, without being prompted, he poured a glass of something very special, and muttered conspiratorially, “We shall not speak of this.” Good lord, he poured an old Glenfarclas – and I swooned at the taste of it. So those are the two different paths that this bottle of 26-year-old Glenfarclas could have taken: an auction house, or to be opened and enjoyed. And the latter – in exchange for generosity – brought rewards of its own. There’s a lesson to be learned here.

Glenfarclas is a brilliant distillery, and I am a long-time fan of its whiskies. There are only two distilleries who really do sherry cask maturation seriously these days, and one of them is Glenfarclas (the other is GlenDronach). A farm distillery that was granted a license in 1836, it became family-owned from 1865 all the way through to the present day. The site itself is set photogenically against stark, dark hills. And it’s an interesting place. Whereas one might expect antiquated, gleaming Victorian artefacts at such a venerable site, here we had the resplendent, retro aesthetics of a Cold War bunker, which is a result of the distillery’s post-war expansion. For example, you’d half expect to see this sort of computer in Chernobyl. 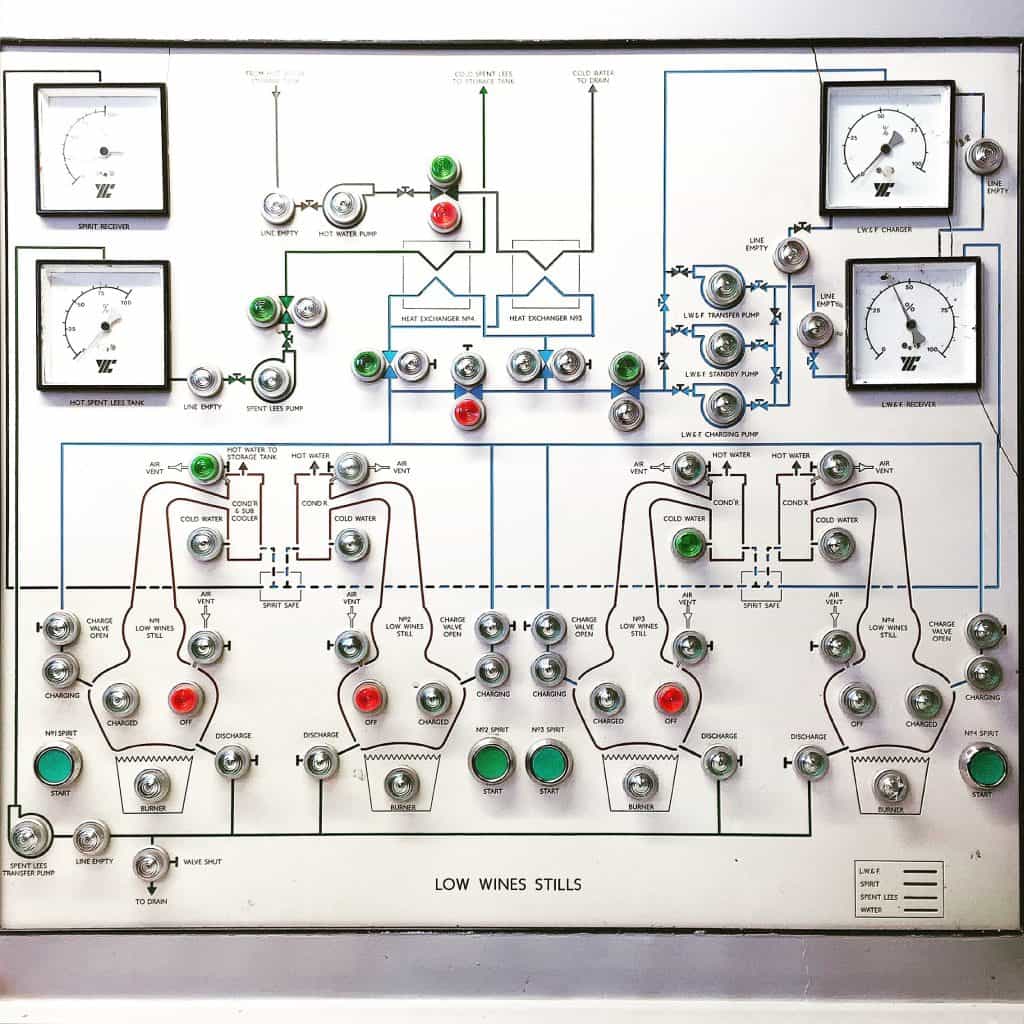 Despite being a family business, and despite feeling like a nice quaint operation, Glenfarclas is not small. It belts out over 3,000,000 litres of spirit each year, the vast majority of which gets put into sherry casks. There is something in the region of 50,000 casks of whisky maturing on the site. Interestingly the stills are direct fired, so the wash stills contains a sheet of chainmail that’s dragged and rotated around the insides to stop sediment from burning on the bottom. And the three-pairs of stills are impressive in their own right: huge, fat copper vessels that produce a heavier, denser spirit. Naturally that spirit copes very well when maturing in sherry casks. 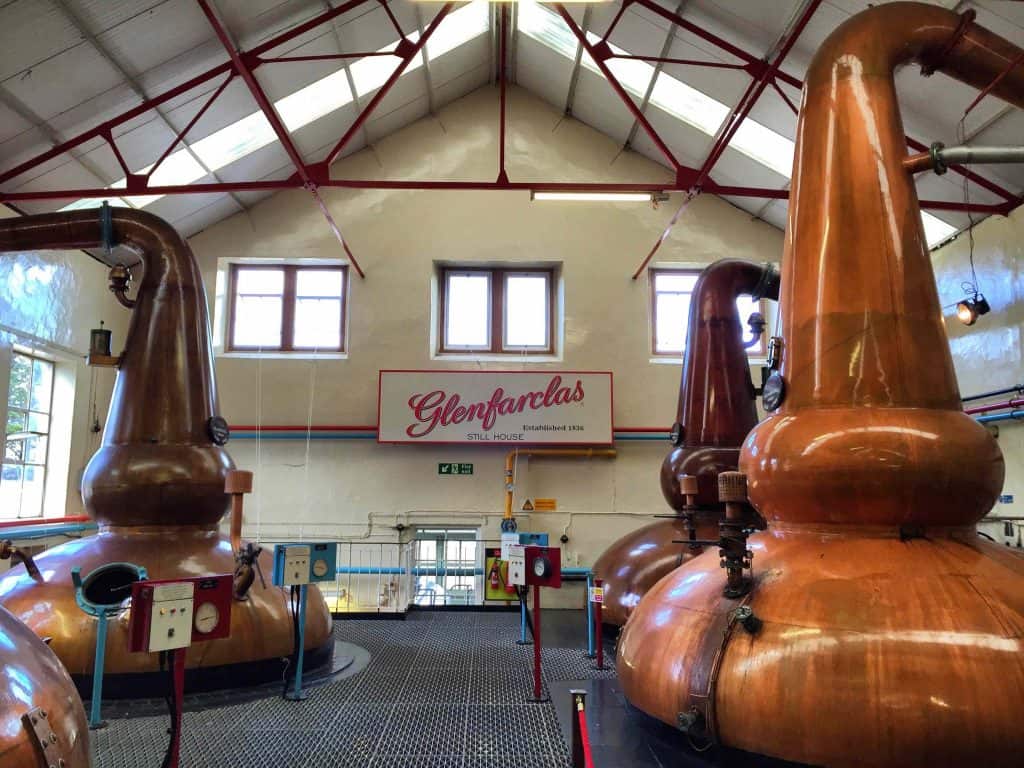 But onto the whisky of note: the Glenfarclas Aged 26 Years – 1989 Distillery Exclusive, released for the Spirit of Speyside festival. Bottled at 56.3% ABV, it cost £150 (we happened to split the cost four-ways for those of us who had come up for the festival). 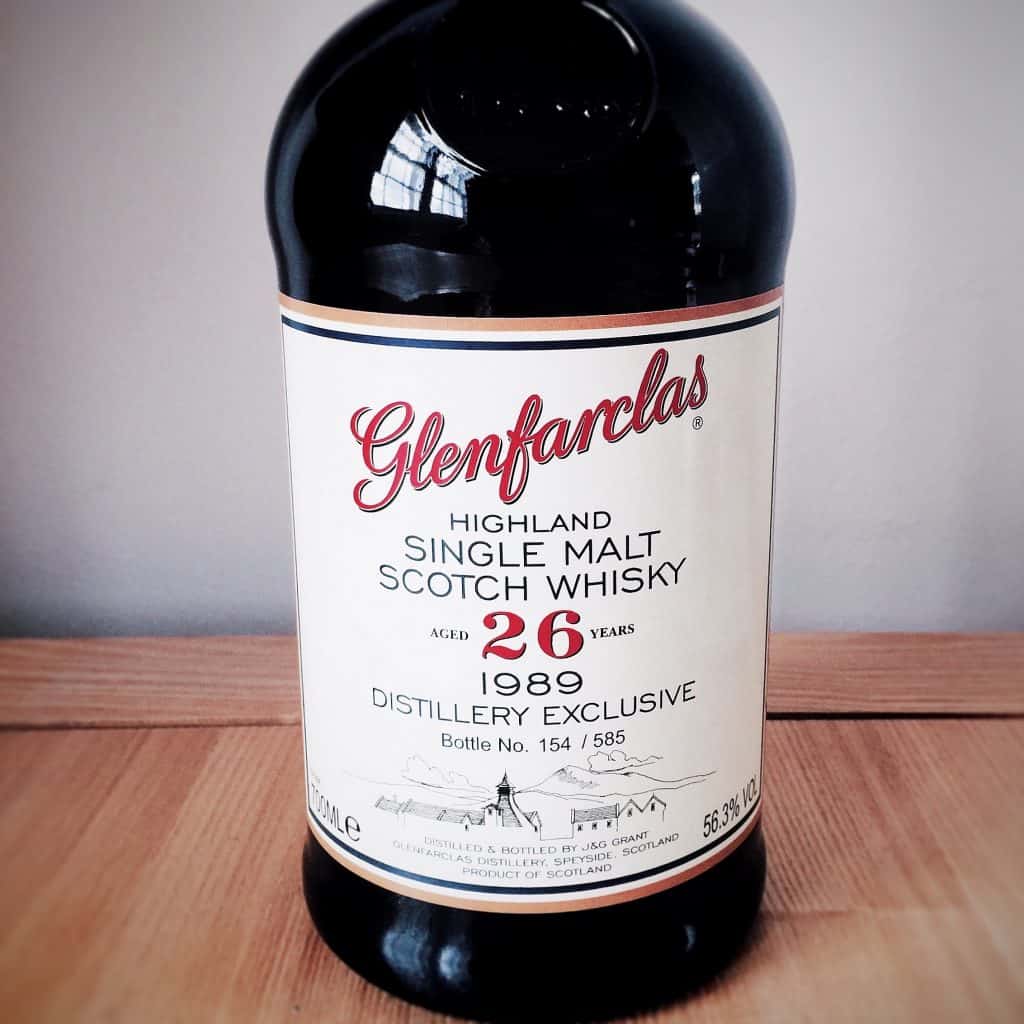 In the mouth: precisely the same rum-like, molasses quality as per the nose. Very intense though, and beautifully cloying. Tannic. Redcurrants, before descending into a thicket of blackcurrants and elderberries. Woody indeed, but warming – not too peppery. Coffee. It’s thick and chewy: incredibly viscous. Leans back towards a dark rum and muscovado sugar. The tannins return on the finish, and it’s that slight bitterness that’s the only quality diminishing this from being a stunning whisky.

Gorgeous. Heavy, brooding and intense. Open it. Share it. This stuff is for drinking. 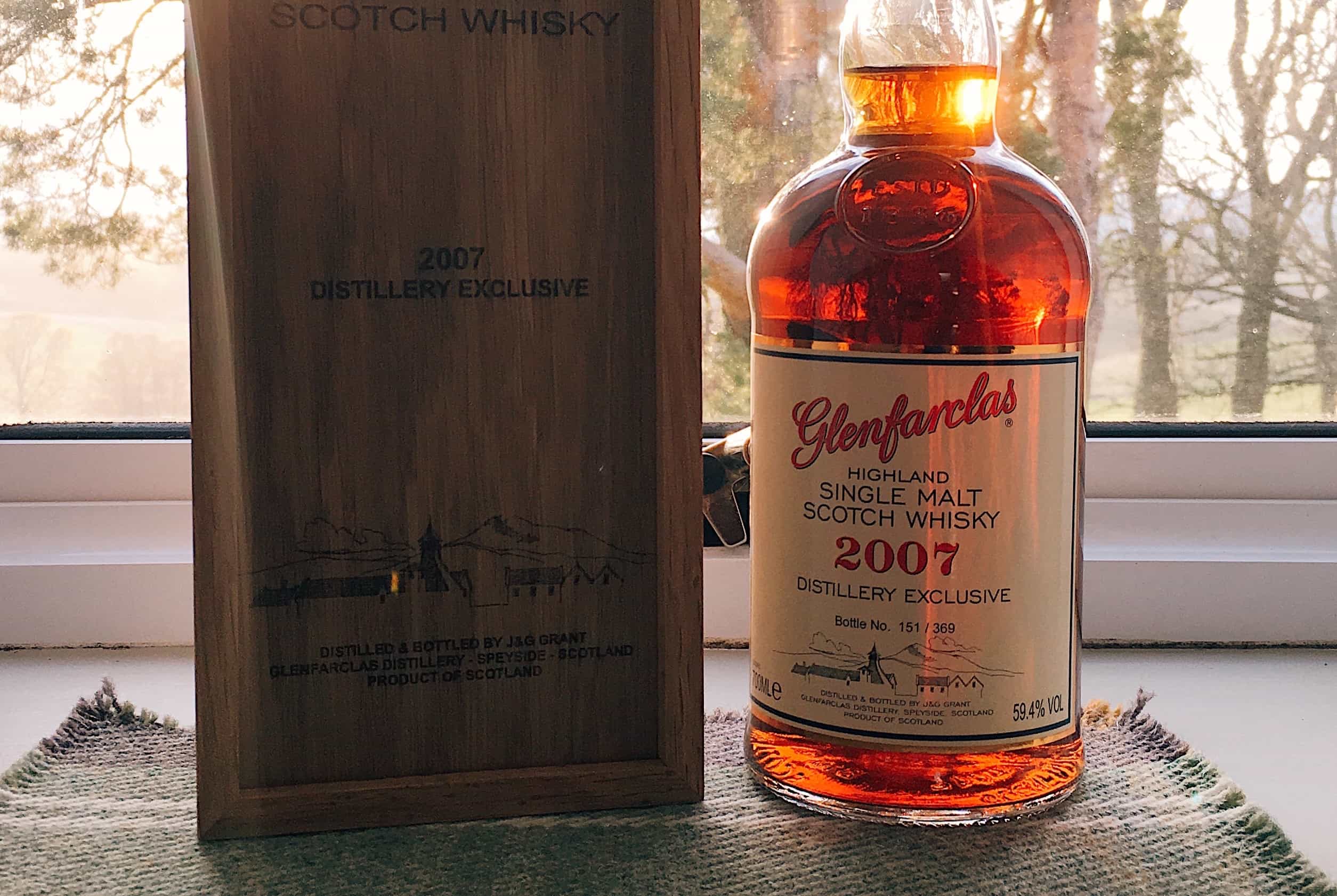