Rounding off our reviews of Eden Mill’s trio of 1 year old spirits we reach the Hogmanay edition. This was originally distilled on Christmas Eve 2014 before being bottled on Boxing day shortly afterwards. I suppose it should be called something else, but Hogmanay does seem more appropriate being Scottish and the real festive party.

Around this time, the spirit that was not released as the special new make spirit edition was put into American Oak octaves to commence its maturation towards whisky. We’ve now reached the 1 year old milestone and the opportunity to gauge how this spirit is progressing generally, as well as in comparison to the Burns Day and St Andrews Day equivalents.

Use those links to read about this series of releases or Eden Mill distillery in general here. Being based in Fife and having spent a large proportion of my life in this fine Kingdom, its only just that I cover the emerging distilleries such as Eden Mill and Kingsbarns.

I find it refreshing that Eden Mill aren’t afraid to put an age statement such as 0 or 1 on a release. And whilst these annual releases provide a revenue stream, for an enthusiast such as myself, its a unique insight into the maturation process. 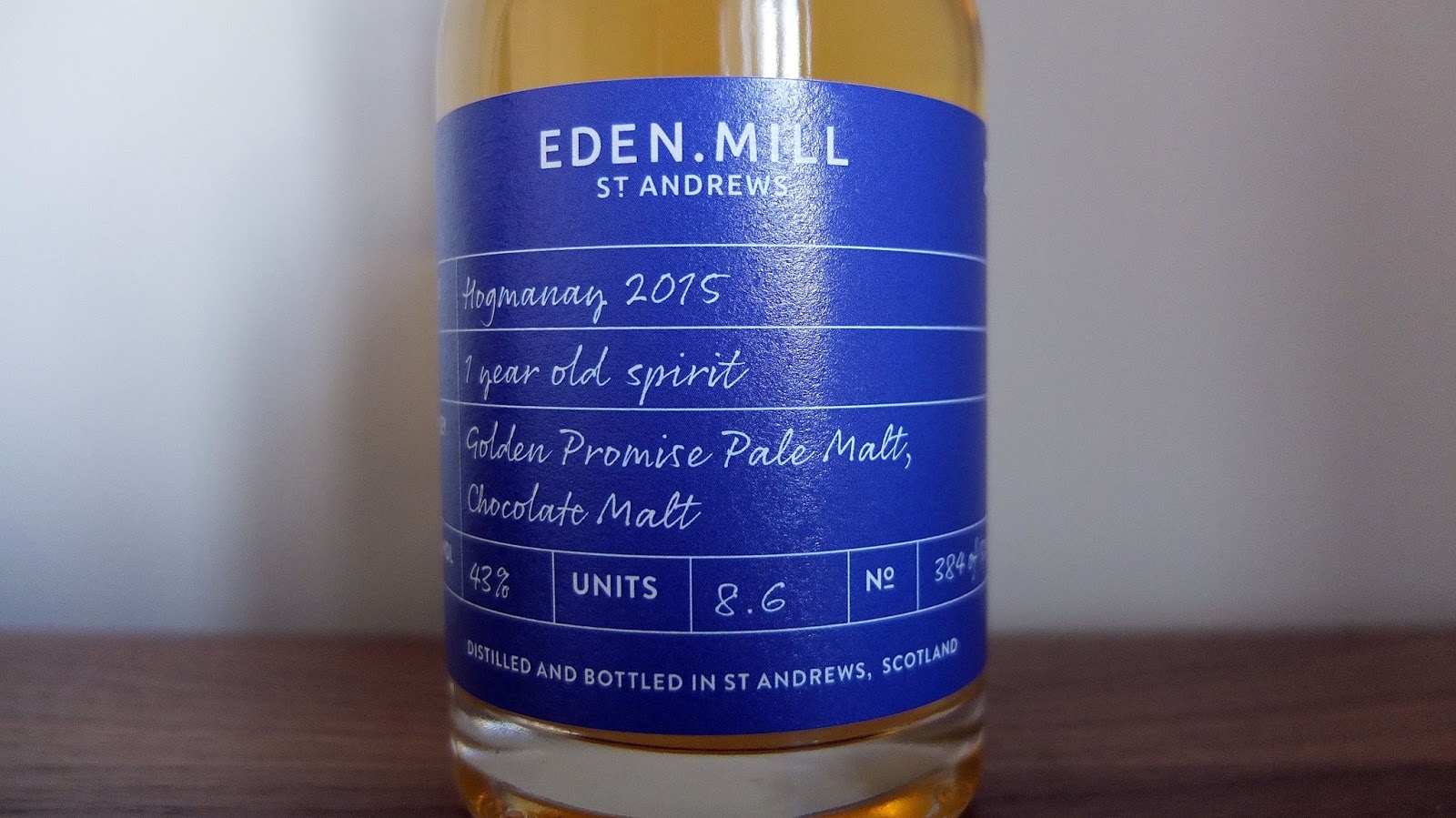 This is bottled at 43% strength and made from golden promise pale and chocolate malts. So lets delve into the spirit itself.

Colour: white grapes
On the nose: very fruity initially followed by lemon, vanilla and a char from the cask. Also some white chocolate and with water mango.
In the mouth: very light and fragrant is the first impression. More lemon, then dandelion and burdock with a minty edge. Pink Lady apples and creamy vanilla.

Overall: tasting this I can understand the potential, it sits in-between the two other 1 year old spirits. Lighter than the St Andrews Day, but a little more vocal than Burns Day. Reflecting now and I can see this one working very well with peat. This spirit skims the surface of characteristics but if it had peat a depth and body will be added. Just another 2 years to see how this whisky develops but there is spirit and promise.