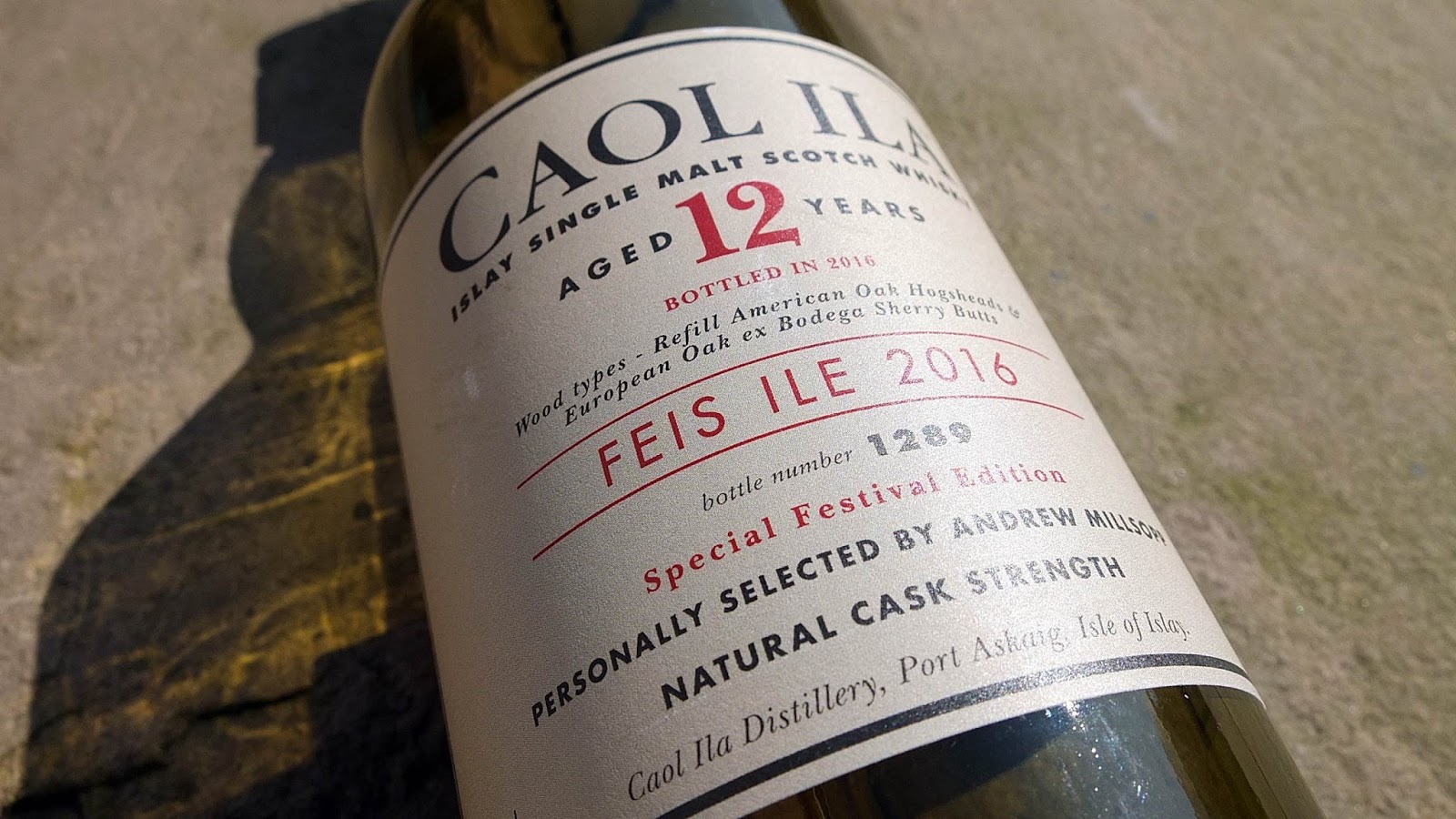 Coming soon to an auction house near you are the 2016 editions of the Feis Ile series.  An event where folk overcome all odds to reach the Scottish island of Islay, to queue for hours on end to purchase a bottle or two and to sell on for financial gain.

Surely it’s all about the whisky right? I’d love to believe such a sentiment and there will be some true enthusiasts who do live the festival. Queuing at 3am for the latest Bowmore, or 2 hours for a Lagavulin or even taking a few mates over on an all expenses paid trip to use them as whisky mules. It’s all happening and we’ll soon be seeing the bounties fetched online and the ill-gotten gains.

What is meant to be a celebration of whisky is perilously on the edge of becoming a cesspool of greed and selfishness. I always thought whisky festivals were about banter with friends and strangers, combined with whisky, a bit of live music, decent food and new experiences. Is this still actually the case?

For 2016 I took to Islay as part of Bunnahabhain’s Feis Ile day-tripper event which sought to open up the festival to those who were unable to go for an extended period, or just didn’t want to endure the queues for days on end. In essence the festival was being brought back to its roots and ultimately the whisky. You can read my article about the experience and how a band of strangers bonded over the course of a day with plenty of whisky (Bunnahabhain 12 on tap it seemed) in our pursuit of the Feis Ile experience.

What we have here is the Caol Ila Feis Ile bottling that has actually been opened. Much like my Glenfarclas 1989 26 year old Speyside Festival bottling there isn’t anything better than sharing a whisky with friends, new or old. Expect both of the Bunnahabhain 2016 Feis Ile bottlings to be reviewed and I’ve already done the 16 year old Amontillado Feis Ile. For the record I did try the Laphroaig edition and wasn’t impressed enough to take tasting notes; maybe another time. 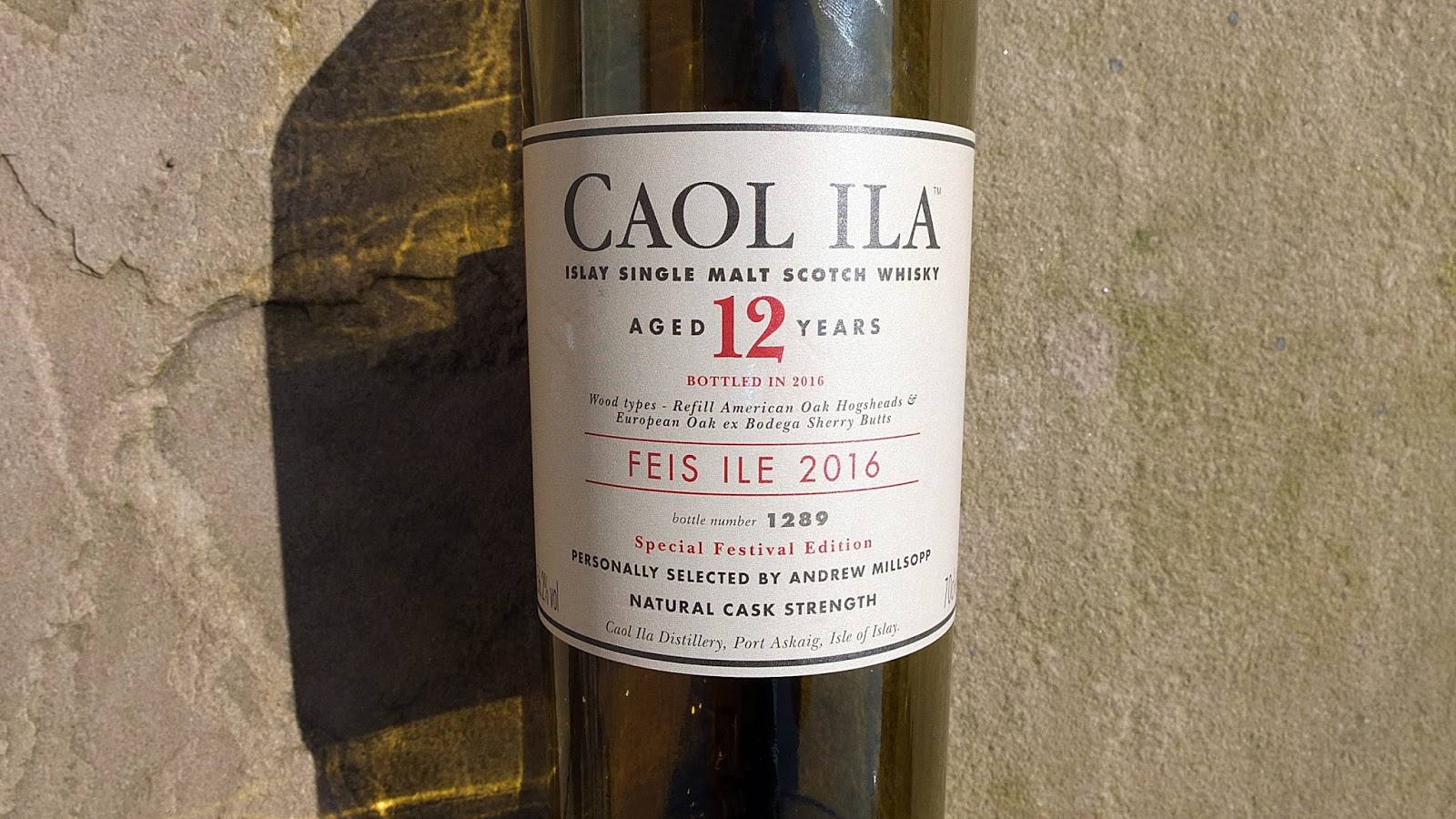 Colour: lemon sponge cake
Nose: that initial thrust of vegetative peat and salty moss. Some freshly spun candy floss, a rich seem of creamy vanilla, caramelised apples, icing sugar and strands of dark chocolate. The aromas continue with smoked bacon and lemon. Water brings out a more dirtier, sweeter note with honey glazing.
Taste: a real kiln blast of peat and smoke before almost vanishing in a puff of the aforementioned. Ripe pears feature as does a roughness that I’d describe as paraffin oil. There is a rough and ready feeling here that will appeal to some but equally stink towards others. Lots of vanilla cheesecake with a thick oaty biscuit base and red salad leaves.

Overall: this isn’t a bad Caol Ila, its just unfortunately not a great or memorable one by a long shot. We’ve seen the use of Bodega casks previously with the 2011 Feis Ile as a single cask maturation, or the excellent Stitchell Reserve release. This is a pale shadow of those and whilst I do like a bit of peat, here it’s a little youthful and one dimensional. For the asking price I’d expect to have a little more depth and development however I’m left slightly disappointed.

Yes, we’re back on Islay for another 2016 Feis Ile bottling. This is turning into a quest by accident isn’t it now? Having visited Islay..