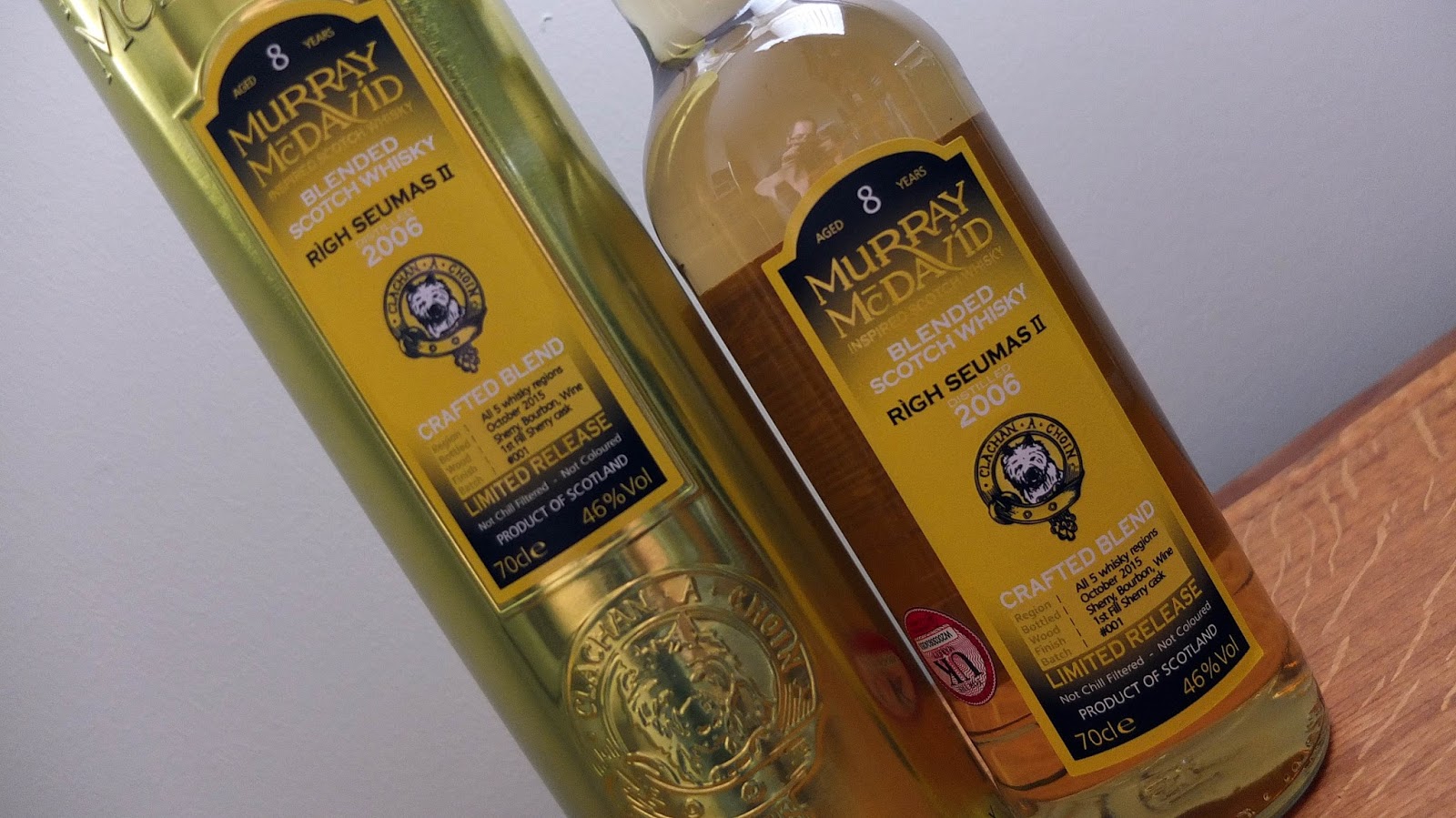 Following an enjoyable visit to the Murray McDavid warehouses at Coleburn distillery as part of the Speyside festival. It only felt right that I should check out a couple more of their whiskies given the impressive selection following the dunnage warehouse tour.

Step forward the Righ Seumas II which is a limited edition crafted blend featuring all five whisky regions in one bottle. We also have an assortment of casks utilised during its creation including sherry, bourbon and wine. It’s bottled at a minimum of 8 years old and 46% strength. Murray McDavid have gone so far as to state the whiskies involved are Arran, Auchentoshan, Bruichladdich, Rhosdh (Loch Lomond), Tobermory with an Invergordon grain whisky providing the backbone of the blend.

1298 bottles were produced and you can expect to pay around £45 for this original creation. It’s funny as on paper these are some of my least liked distilleries; Arran continues to disappoint, Auchentoshan is very hard work and over-engineered when it comes to their official bottlings. Then Bruichladdich, one of the most overrated distilleries and whiskies that I find lacking. However its all personal preference as these do have loyal supporters, as much as I prefer something else. 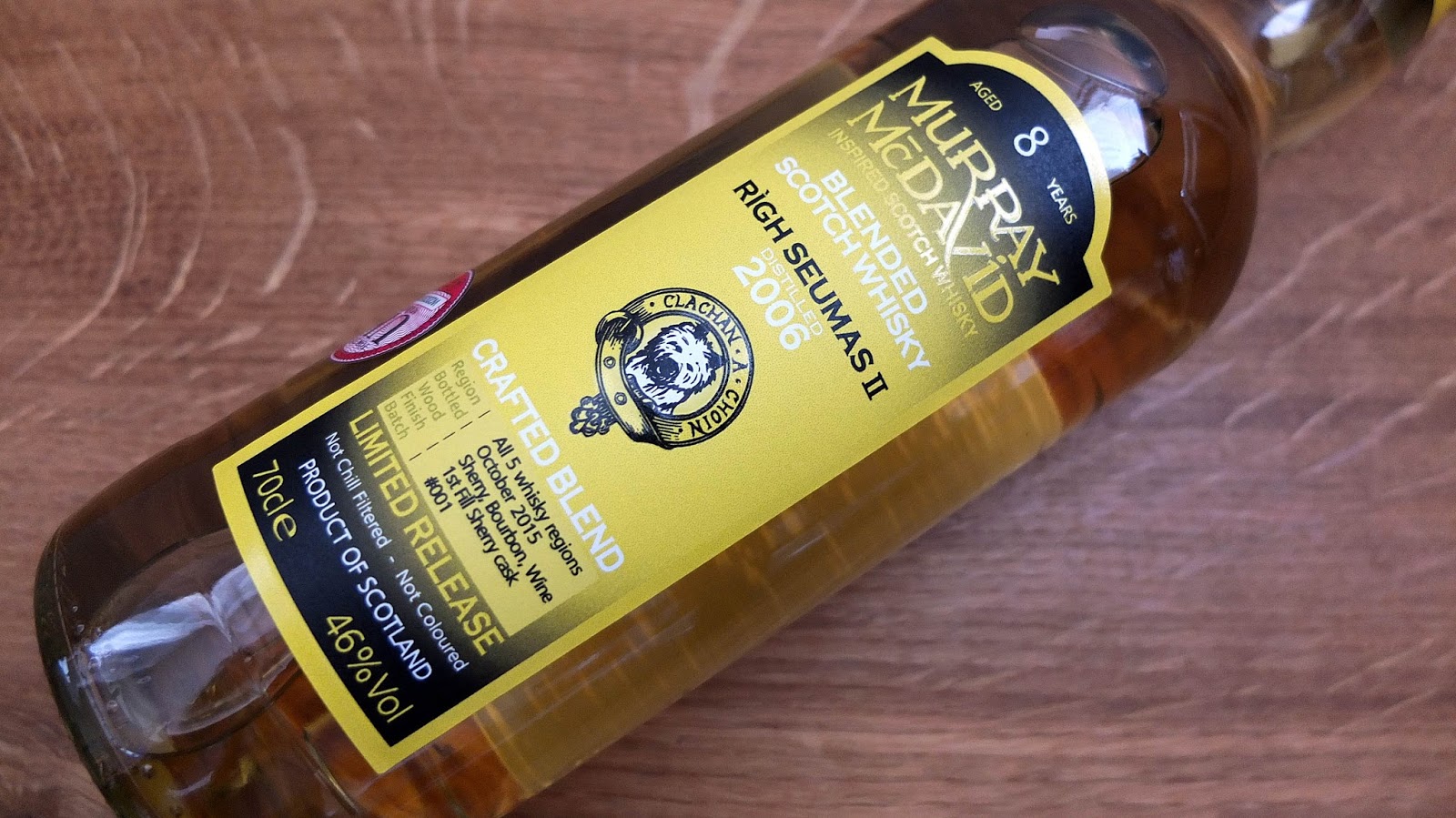 This was purchased following feedback from #thetormore4 whilst on Speyside for the festival. It had met with positive comments overall, noting the price as well. Back in the safety of my own home its time to unlock its secrets.

Colour: old fashioned lemonade
Nose: very sweet arrival with white chocolate and lemon sponge cake. Very fruity with pear drops, barley sweets and some lemonade fizz. An oily note, certainly sunflower oil and some French butter. Actually, that’ll be a crepe with sugar and a squeeze of lemon. Tablet as well, goodness it feels like I’m strapped in a sweetie shop!
Taste: very creamy, whipped cream in fact. More lemons and oat cakes. This whisky actually takes me back to Fairy Cakes which was a sugary sponge cup cake with a vanilla icing; a taste of childhood. A touch of water brings out more fruit, a summer fruit medley with white grapes, mango, apples and pineapple.

Overall: well I’m glad I went with #thetormore4 feedback on this one. Knowing the guys if they say a whisky is worth purchasing then that’s the best stamp of approval. I suppose some might say the same for me, or then again?

This Murray McDavid event as part of the Spirit of Speyside 2016 whisky festival was a golden nugget of a find during our residency on.. 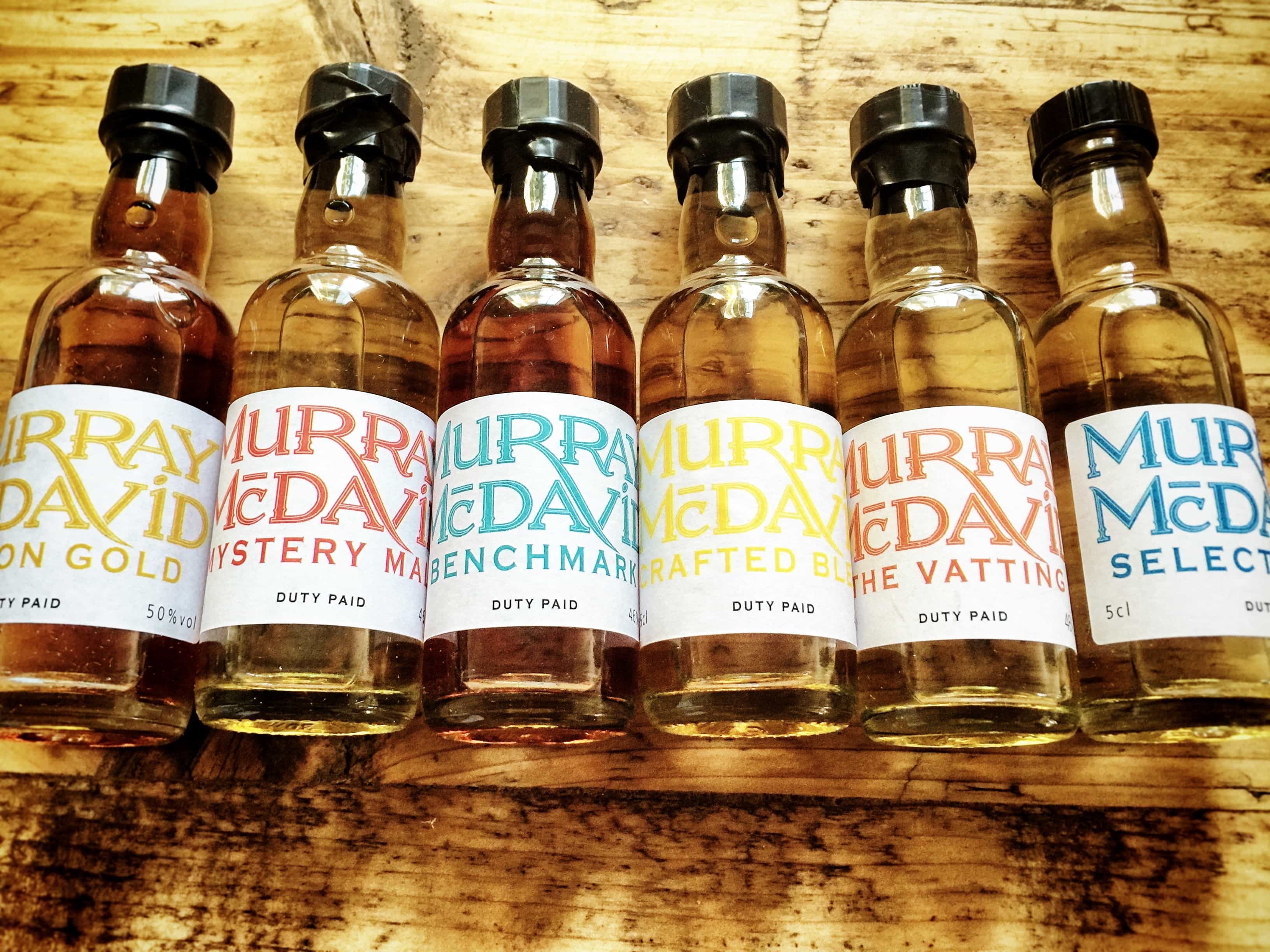