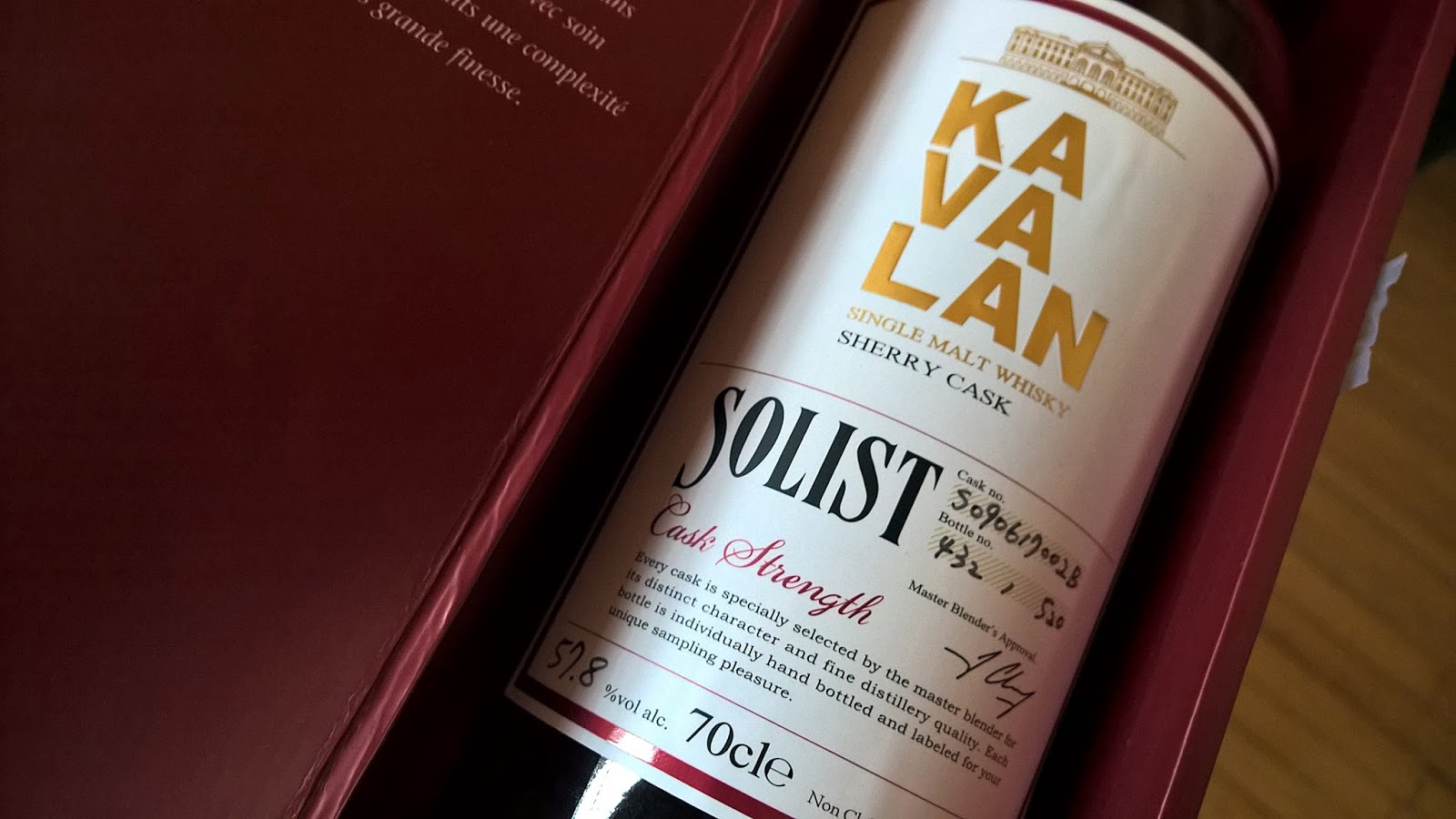 Time for a Kavalan? Much like yourself I expect you’ve heard a great deal about this foreign distillery and in particular its limited sherry cask bottlings. I’ve not had much experience with Kavalan so when presented with the opportunity of a sample during a recent whisky tasting in Edinburgh, I set it aside to appreciate fully at home.

Based in Taiwan, the distillery leapt into production in 2006 and hasn’t looked back, going on to win several awards in recent years from notable judges. It’s clear that most Kavalan whiskies are young but given the climate of Taiwan, time in maturation terms is turbocharged. On average for each year in the cask, around 10% of spirit is lost which compares to 2% in Scotland. Meaning the interaction between the wood and the spirit (resulting in flavour) is far more enforced.

The distillery uses local water from the mountains and throughout the distillation process tries to keep temperature within control. Whether its the covered washbacks or the stills from Scotland, it’s only when the casks are filled and rolled into the five storey warehouse that the climate can begin its work.

Now a decade later Kavalan offers a trio of ranges for whisky enthusiasts. The first make up the Kavalan series that includes a single malt, the conductor, the podium and the concertmaster releases. In distinctive shaped bottles and almost illuminous colour schemes, I have certainly seen the single malt on sale in the UK on supermarket shelves. The next range is known as the Solist. These are the single cask editions, numbered and increasingly popular, especially sherry cask expressions. Bourbon and wine casks are also included in this series, which are snapped up generally upon release. The only exception are the bourbon casks that don’t enjoy the same popularity but that’s a trend we see throughout retail when pitched against other cask types.

The final and most elite range is the premium series. Presented in a blue chip fashion we see nowadays from Dalmore, these are the ‘best of the best’ for those than can afford to experience a luxurious presentation and hopefully whisky!

All of which brings me back nicely to this single cask sherry edition that did receive positive comments during our tasting. I’m anticipating a rugged sherry bomb that may offer elements of GlenDronach but a more thuggish arrival and little duration. That’s my impression, so lets see how wrong I am.

Colour: chocolate lava
Nose: stunning concoction of figs, dark chocolate, rolled tobacco, cinnamon, cloves and cherries. Treacle oh yes, you know where this whisky is taking us. Roast beef with a rich gravy, honey and raisins. With water Lucozade and ginger.
Taste: lots of cinnamon that carries right through the experience until the end. A rich dark hot chocolate with some cream, cherries once again and cranberries. Golden syrup with its stickiness and on the fringes that alcohol showing its youthful age. Water really shows the limitations of the whisky on the palate as it just doesn’t respond or open up as well as I had hoped.

Overall: great on the nose but then I felt your sherry kings of Scotland such as Macallan and GlenDronach display much more on the palate. Even so, despite this criticism for such a young distillery operating in such a humid climate, there is much to appreciate. Some things you cannot rush clearly, but here you have a remarkable feat.