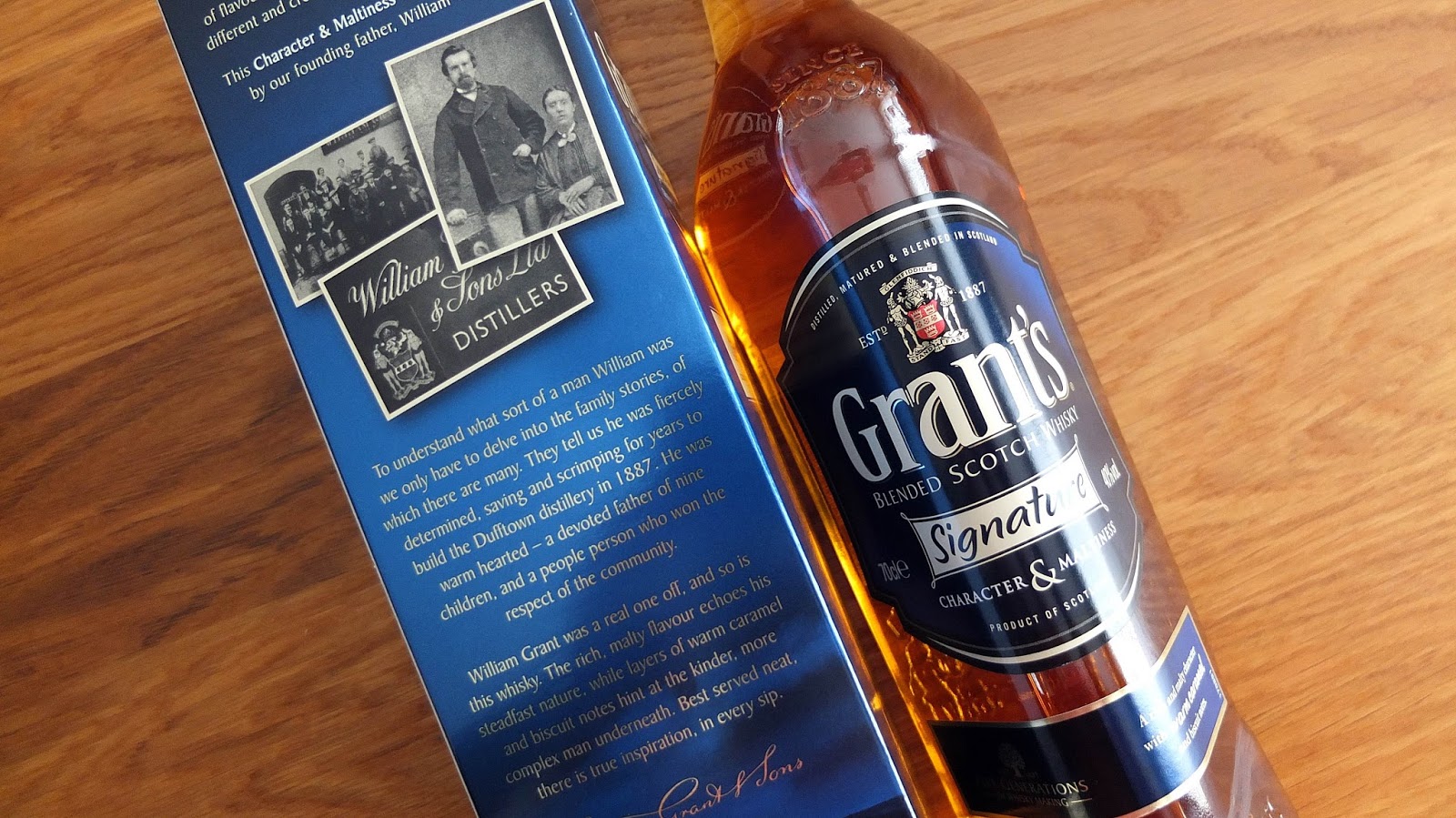 Has there ever been a time when blended Scotch has been so plentiful and cheap? This is something I ask myself when browsing the shelves at the local supermarkets. Despite various attempts at legislation in Scotland – often with the Scotch Whisky Association fighting every suggestion – alcohol continues to drop in price.

Take for instance this Grant’s Signature Blended Scotch Whisky, which normally retails for around £19 in a typical shop. Due to a special promotion I picked it up for £12 plus some spare change. Work that out after the taxman, retailer and others have taken their slice; just how cheap can producers go?

This whisky is part of the William Grant stable which can trace it roots back to the Glenfiddich distillery and its founder. As its a blended Scotch we know it predominantly contains grain whisky kindly provided by Girvan distillery. There may be a splash of single malt whisky from Glenfiddich or another provider within the Grant stable, but at this price we can rule out the bygone days of the 1990’s and prior decades where the malt to grain ratio was much higher.

A couple of years ago now, I sat down with the Girvan Patent Still range grain whiskies that failed to live up to the pricing applied to each and everyone of them. It was a real disappointment particularly when Signatory can bottle a 1998 Ayrshire grain whisky at such a great price that matches the experience.

Nowadays its all about the bottom line (profit in other words) rather than delivering a worthwhile whisky. What may seem a bargain on the shelf, could potentially turn out to be a rancid joke of a whisky. Quite often in life you do up to a certain point get what you pay for. Unfortunately most whisky producers nowadays have been pushing down costs for their low end products to detrimental results. Whilst pushing up the prices of their top-end whiskies to levels only the stupid rich can comprehend. Somewhere out there a decent whisky for a decent price must still exist.

Then again we may be in for a surprise here so lets see how memorable this Signature truly is. 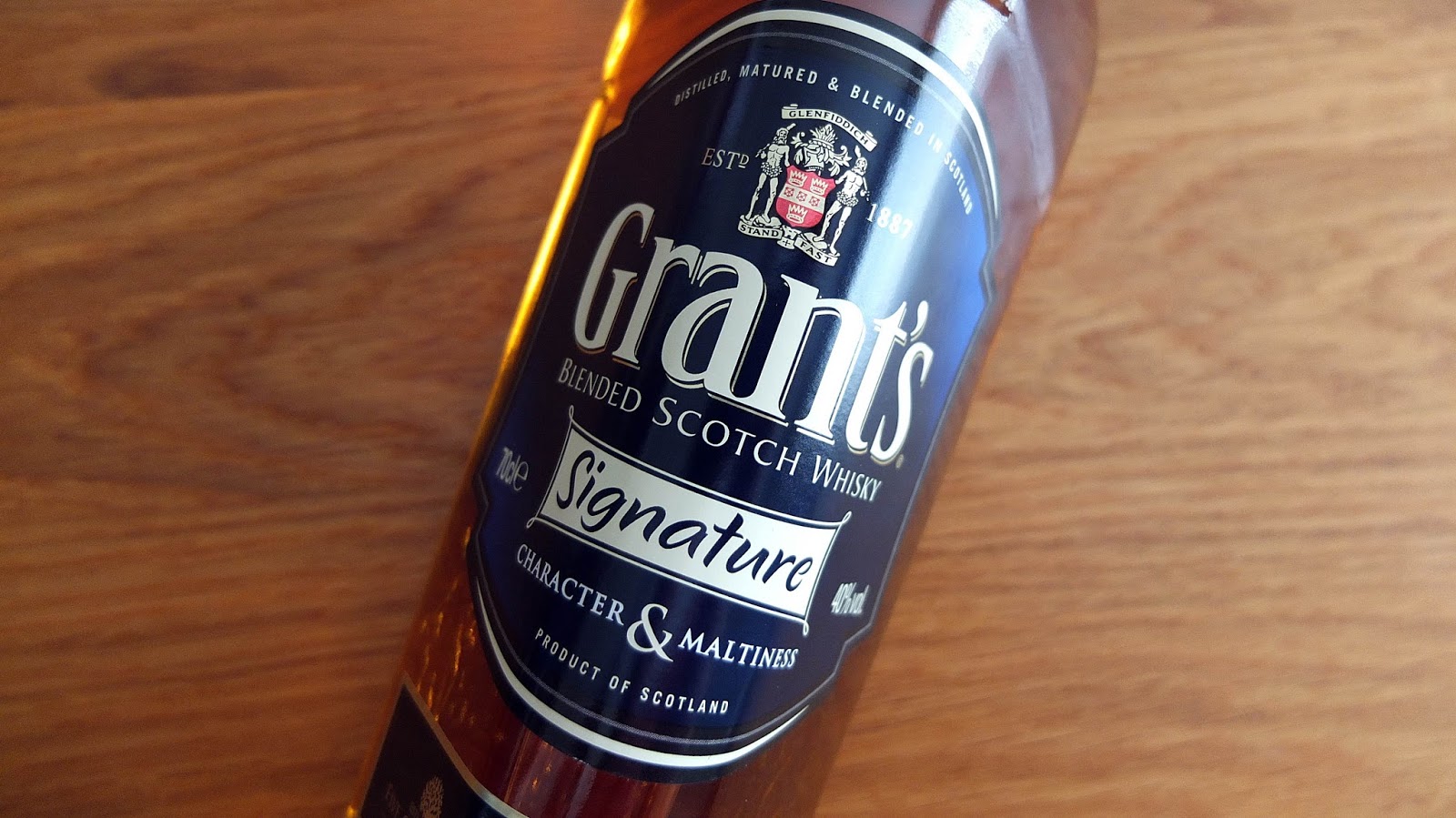 Colour: fake tan alert kindly provided by E150
Nose: caramel tinged with orange peel. A little nutmeg, ginger, cinnamon and white chocolate. Malted milk biscuits, worn leather and a bronze rubbing of all things.
Taste: the first thing I notice is the weighty texture. This blend isn’t light and airy that’s for sure. A runny honey, a sprinkling of ginger and more Maltesers than Malted Milk. Beneath the bonnet a slightly fiery alcohol perimeter that signifies its youthfulness and Scottish tablet.

Overall: actually I’m impressed to a certain degree. It is the upper end of the blended Scotch supermarket genre. At £19 I can think of similar experiences that save a few quid in the process. However that’s penny pinching and I have to give credit here to the overall blending on display.