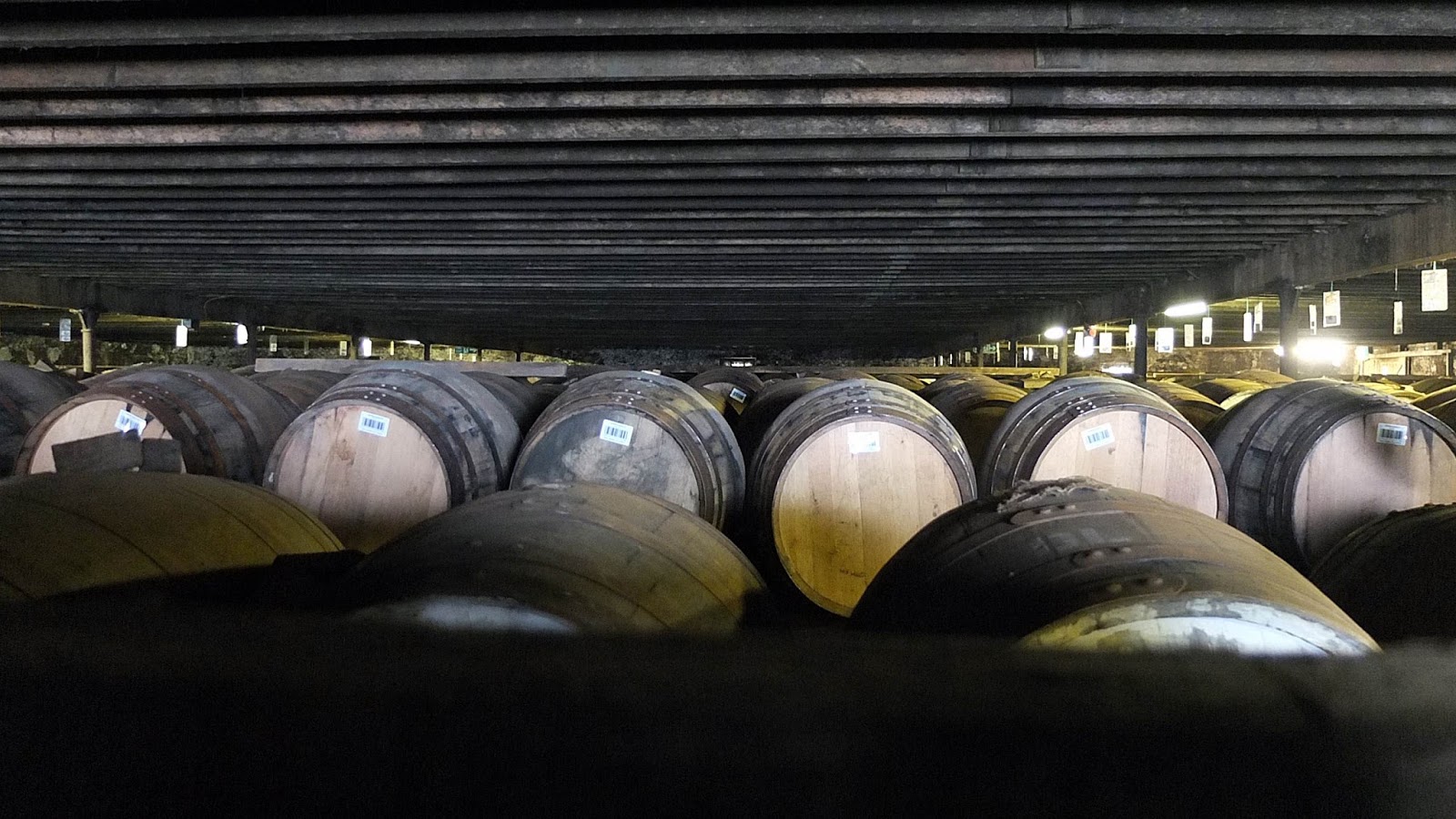 The Bunnahabhain Feis Ile Day Tripper 2016 event afforded many marvellous opportunities as you can read from my recent article. There were in reality too many moments to list but there is one surrounding the Bunnahabhain 18 year old that prompted me to sit down with this dram once again and consider how it fares today.
Much like the Bunnahabhain 12 year old, it’s a whisky I have enjoyed in previous incarnations but never actually returned to for a variety of reasons. None of these are to do with the quality; any whisky enthusiast will appreciate that with numerous new releases, auctions, generous friends and writing these pieces, I rarely have the time to sit down with a whisky I just want to enjoy rather than dissect. Whilst I’m having to dissect once again, it’s also with a promise to limit such reviews and articles on WR in favour of finding that review/enjoyment balance.
For now we’re back on Islay, having met the Bunnahabhain distillery manager Andrew Brown and enjoyed a dram of the Amontillado 16 year old Feis Ile 2016 release. We venture upstairs, further into the dark regions of this dunnage warehouse dating from the 1890’s. Very little it seems visibly has changed here over the decades apart from the casks being rolled in and out. A still calmness and an ebbing darkness grips our group. In this place it seems time stands still and the sweet smell of maturation fills the air.
Andrew informs us that the 18 year old is his favourite of the core range amongst regaling us with warehouse tales. I’m actually still engaged with the sublime 25 year old, but across all fronts whether its the independent or official bottlings, Bunnahabhain enjoys a popular status and appreciation. Handing out sizeable drams and top-ups until the bottle runs dry, our day tripper group enjoy the moment and the dram before embarking on a tour of the distillery. That will come in another article, for now we divert back to my whisky den and the 18 year old at hand. 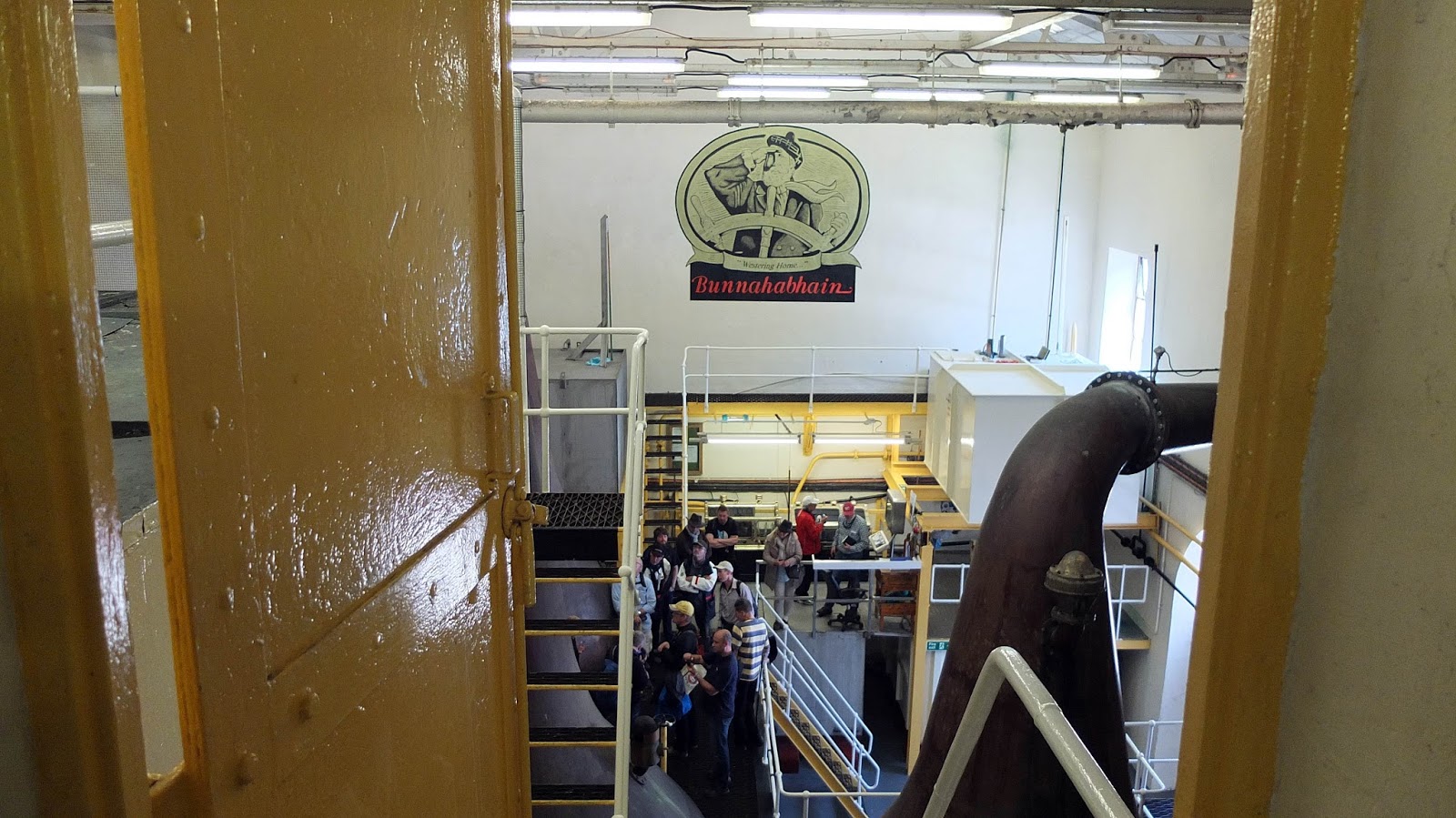 The whisky is bottled at 46.3% and is naturally coloured with no chill-filtering performed. It’s music to the ears of many and a core feature of the Bunnahabhain range today. Expect a bottle to cost in the region of £68 that in today’s market is an entirely reasonable sum. The whisky is lightly peated being around 3 phenol parts per million and like the 12 year old expression has upped the strength in recent years.
Colour: beeswax
Nose: the easy thing would be to say Christmas cake but lets delve deeper huh? Raisins, cinnamon, nutmeg, cloves, Cola Cubes, honey, furniture polish on a leather armchair. It’s a rich fella certainly. Treacle underneath all of this and a good twist of black pepper. With water walnuts, ginger and chocolate.
Taste: this is the Achilles heel after such a sparkling nose. It does have a noticeable salt aspect in the mix, ginger and cinder toffee. More dark chocolate and leather with a flick of a rubber band – I don’t mind this as it adds depth.
Overall: its a very worthwhile dram but I actually find myself thinking the Bunnahabhain 12 year old is more suited to my tastes although the 25 year old trumps both. Each to their own and we’ll have more Bunnahabhain’s reviewed shortly along with the distillery and warehouse tours. Yes it never stops here at Whisky Rover.
55.883335-6.130126
CategoriesUncategorised

Well priced whisky bargains are still out there waiting to the discovered and enjoyed. Its for these worthwhile purchases that word of mouth is a..