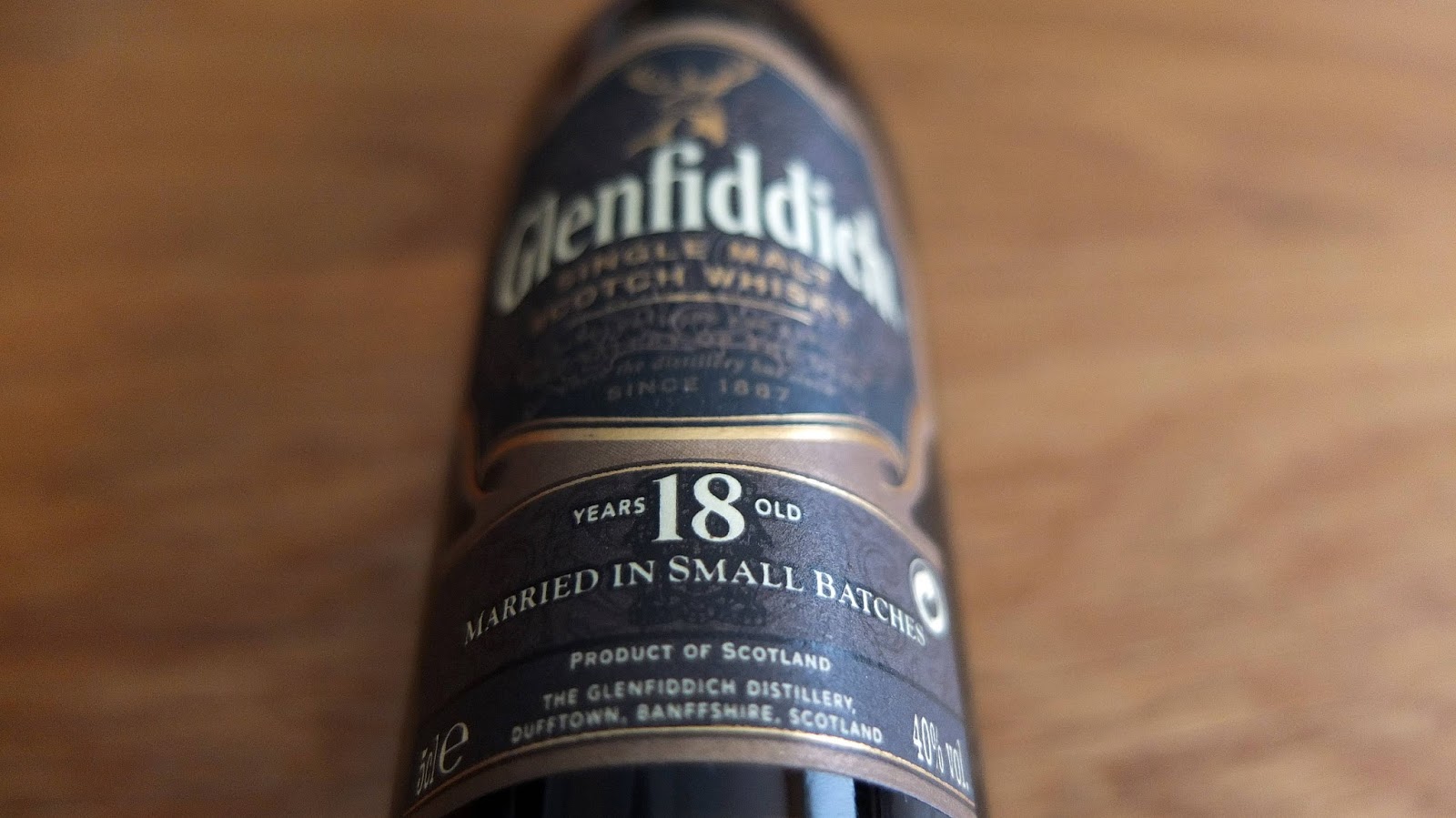 Faced once again with a Glenfiddich introduction. It’s not that I don’t like Glenfiddich as a brand – far from it in fact – but I just struggle to find inspiration when scanning my memory banks and photographs for that initial spark.

In some respects this is a result of the perfectly pleasant core range of Glenfiddich that are consistently dull. Recently I took a vertical tasting around The Family Collection which comprises of the 12, 14 and 15 year olds respectively. Now literally a month or so later and my most concrete memory is their collective blandness.

Let me say that Glenfiddich don’t make bad or poor whiskies; far from it in fact they’re extremely skilled in what they produce. It’s just they represent the definitive flat-line experience. The liquid equivalent of an epic yawn or day time television. I’m just not engaged or uplifted by the produce despite the wonderful branding, friendly staff or reasonably priced whiskies, or some of them at least. Now here I am entertain me. That’s what I’m trying to demand from a whisky; enthral, transport, energise and astonish. A range of emotions that very few whiskies can monopolise or even offer one off the list. Deep down I know Glenfiddich can do it, but its up to me to find that whisky first.

Next up for the Whisky Rover interview is this Glenfiddich 18 year old married in small batches. I’d love to know what Glenfiddich thinks a small batch actually is? They’re a monster sized juggernaut of a distillery. Their idea of small batch is probably some distilleries output for an entire year.  For the record Glenfiddich consider a batch no more than 150 casks so yes, that’s more than some distilleries produce in a year. This could spin into whisky transparency and avoiding such dubious terminology as seen in the premiumisation of Mortlach, so I best be cautious. I’m a big fan of definitions and honesty; nightmare suggestions to a marketing department. However some geeks in the #whiskyfabric clothing range want full disclosure when it must be said most of the general drinking population don’t give a damn. 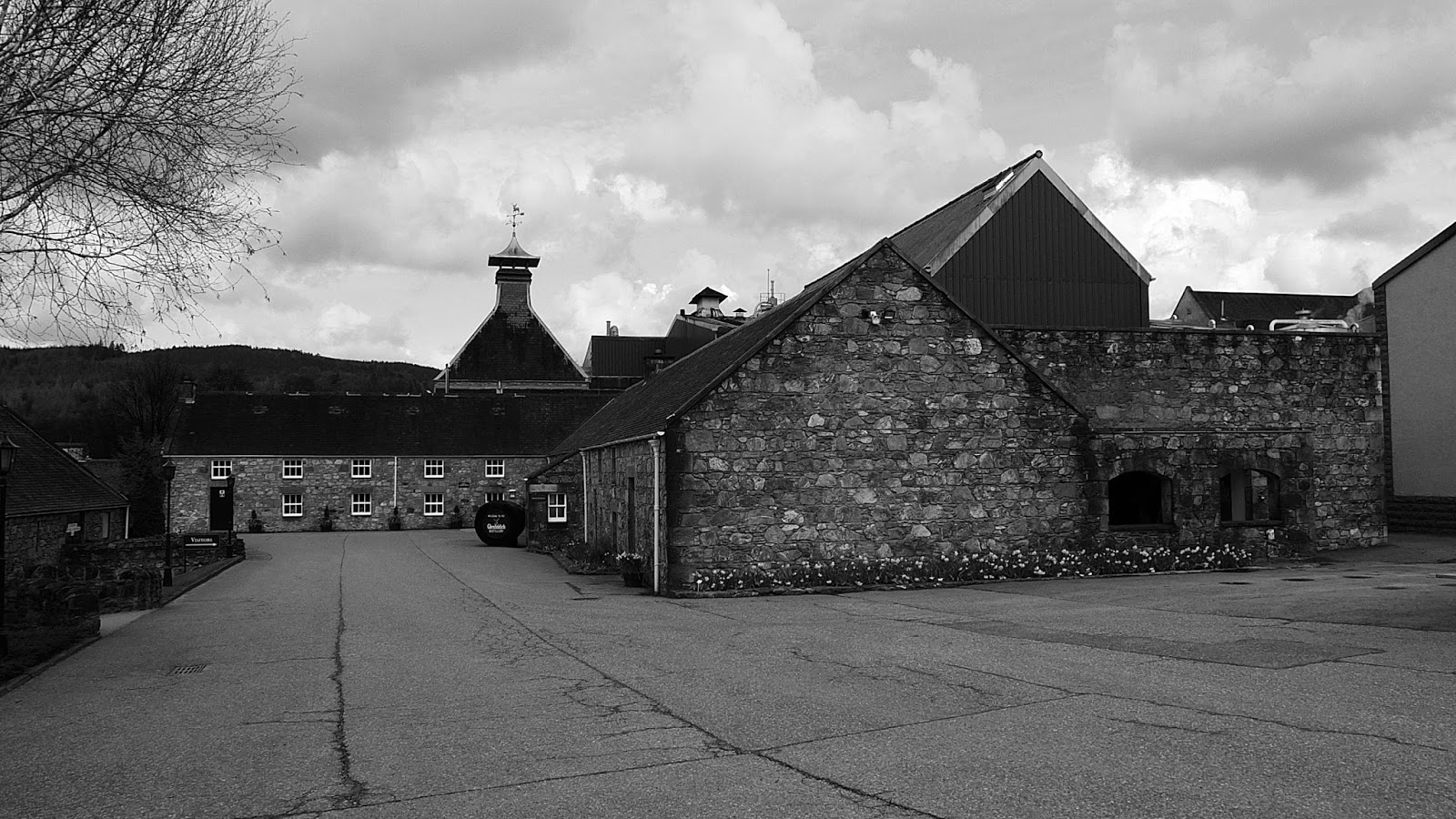 Whatever the batch size this 18 year is bottled at a disappointing 40% strength and has no proclamation concerning natural colouring or non chill filtered. So unfortunately it ticks all the boxes about bad whisky habits i.e. artificial colouring, watered down and filtered to within an inch of its life. All those natural oils and compounds gone.

An apt moment for Pussy Galore’s Kill Yourself to reverberate around my whisky den. However lets hold up for a moment as it does include a mixture of the finest bourbon and Oloroso sherry casks. These are likely the same finest that everyone else suggests they have within their ranks. It’s all becoming a little tiresome now isn’t it? Alright lets see what this whisky offers in way of redemption.

Colour: that guarantee of golden E150
Nose: an interesting interplay between the cask types is diminished by the aforementioned bad habits. Traces remain with orange and vanilla flowing into a mint freshness coated into dark chocolate. Honey certainly and a light waxy caramel. A woodland fern tree presence and one of those chunky cheesecake biscuit bases dripping in butter.
Taste: vanilla nougat with some walnuts thrown in for good measure. A sprinkling of dark chocolate and more of those oranges with honey. Pencil shavings and a gentle white tea finish.

Overall: it’s annoying, it really is, as this could in the right hands be a statement whisky. Much like Macallan’s iconic 18 year old the potential is right here, but misguided in the pursuit of maximising outturns and profits. At least being priced at £50 its not charging you the earth (the Macallan 18 is pushing £150 nowadays) but I’d happily pay a bit more if Glenfiddich actually released the beast, or at least the potential hinted at within.