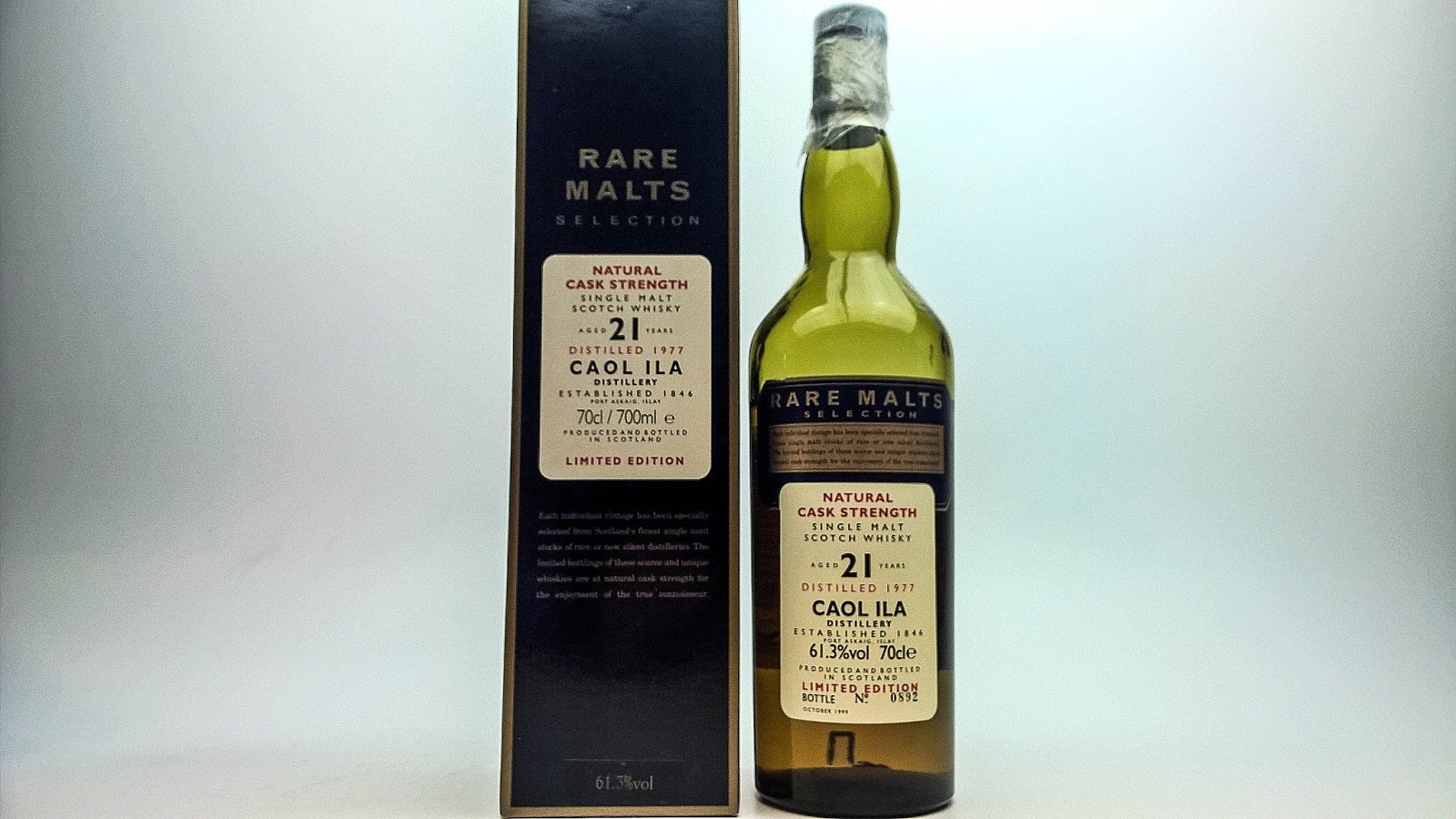 Time to jump back a couple of decades when aged whisky was affordable and bottled without being watered down or tampered with. The iconic Rare Malts Selection has many notable and expensive entries nowadays on the secondary market. Yet its purpose was to shed some light on many overlooked distilleries that even today are skipped over.

Caol Ila is a constant favourite amongst many whisky enthusiasts and I’m perfectly content to sit down with whisky from this distillery anytime. Unfortunately the 2016 Feis Ile Caol Ila 12 year old was a bit of a let down overall so I’m looking to address the balance with this 21 year old offering distilled in 1977 and bottled at a rather robust 61.3% strength.

This bottling is from around October 1999 and is bottled unsurprisingly at cask strength. A holy grail for me is to have a pre-demolition Caol Ila which means stretching back beyond 1972. Nowadays it is a huge workhorse and I’ve compared it to an aircraft carrier inside, lacking a bit of character and charm. Fortunately the whisky rarely disappoints but I’ve always wondered what it was like before it was levelled and rebuilt between 1972 and 1974. One day, and I’ll write about the experience here. However for now lets see how this whisky shapes up. 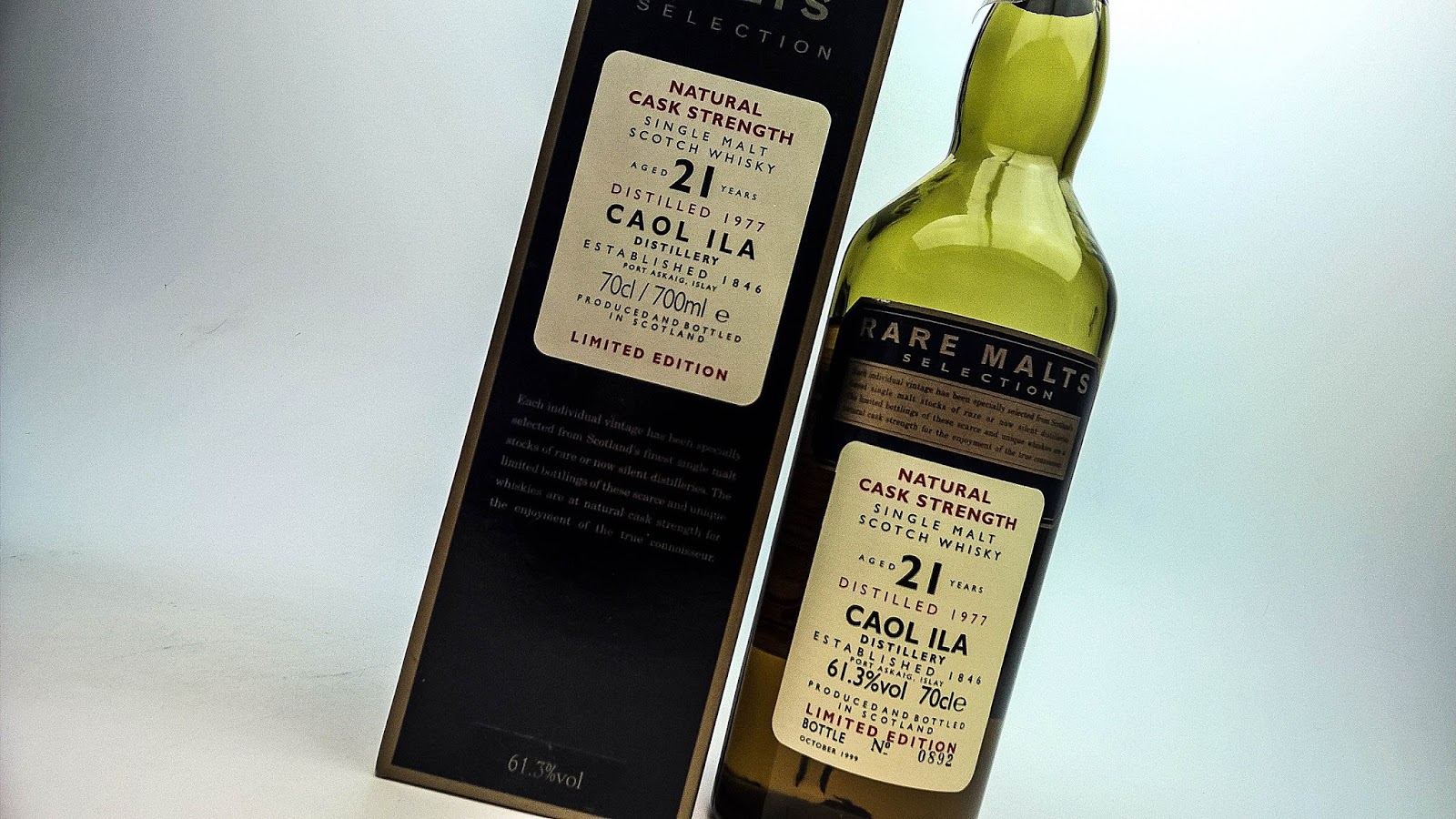 Colour: golden syrup
Nose: initially its all moss and sea salt. Given time honey roasted ham, plenty of peat kicks up as well with lemons and mixed nuts. Some melted butter now and mixed herbs including er (goes off to check the spice rack) dill – that’s the one. With water icing sugar and almonds.
Taste: as the Stooges once sang Raw Power! It’s quite devilish and rugged. Plenty of peat with more lemons and pan fried almonds wrapped up in a dense smoke. It’s limited and there isn’t much development. The addition of water helps by bringing out bacon crisps and pine nuts especially on the finish and some caramel but it doesn’t unlock the door to hidden delights.

Overall: it’s alright but nothing special and after the highs of the Billy Stitchell Caol Ila, a sudden return to reality. I’ve certainly had younger Caol Ila’s that have offered much more than this. One for the completists only. 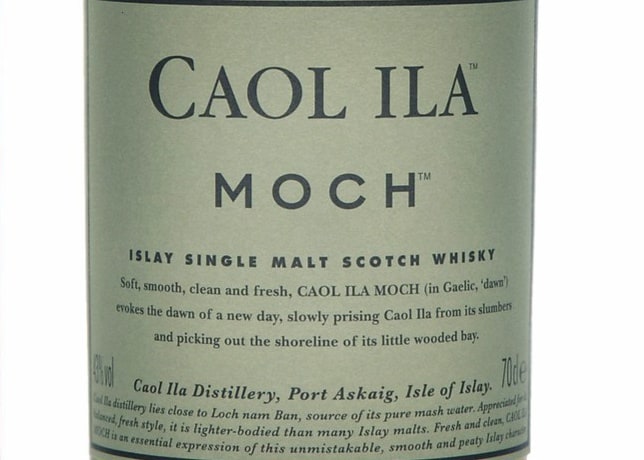