It was the most bizarre of April mornings. Overnight a coating of snow had descended from the skies above covering this area of Speyside. Thankfully as we were staying on site at Tormore distillery, we did not need to concern ourselves with transportation. Merely the appropriate clothing to overcome the outdoor conditions combined with the homely warmth of a distillery in production.

Tormore distillery isn’t open to the public however if you’re driving into Speyside after departing from the A9, it’s the first distillery to greet you as you navigate along the A95. The distillery makes a marvellous appearance as you drive past Grantown-on-Spey heading towards Aberlour almost as if a fairy tale Disney distillery. Literally out of nowhere appears this imposing cathedral-like structure with accompanying picturesque workers houses and ornately decorated gardens with water features. Many a time I’m sure travellers have just pulled off the road and ventured onto the site to take in what they are seeing. Others have driven past in shock and awe at such a rate that only a few minutes further down the road can they digest what they’ve just seen. 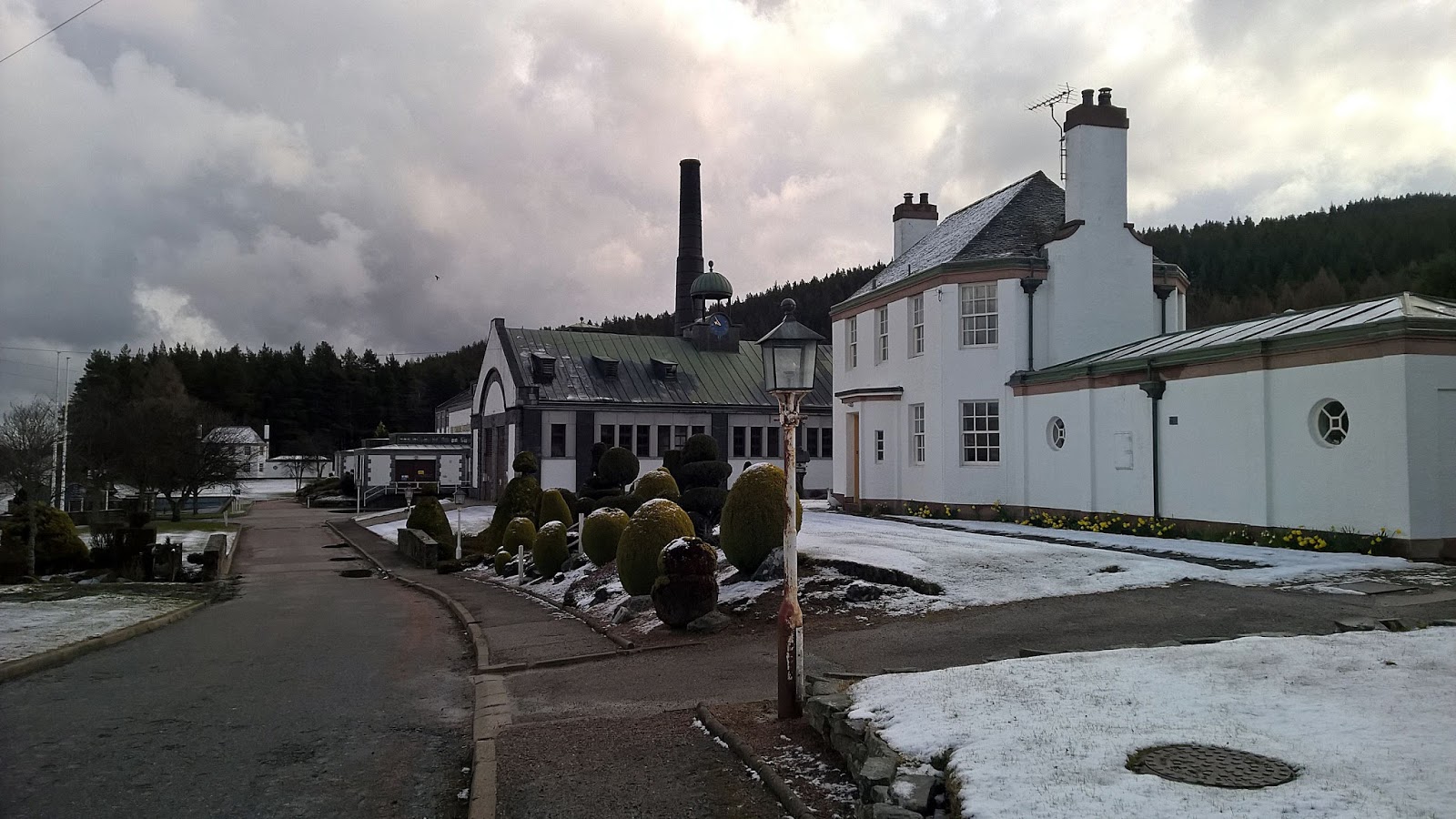 Tormore was founded by Schenley Industries in 1956 after the American firm had purchased the popular Long John blended whisky. The company decided to make a statement and build a distillery like no other; commissioning architect Sir Albert Richardson who was responsible for many iconic buildings including the Manchester Opera house and in particular renovating many important Georgian buildings. No expense was spared with cooper roofing for example, although we’re led to believe this design was a more cost effective version from earlier proposals. You can just tell Tormore isn’t any old distillery as demonstrated by the photographs within this article.

We remain extremely thankful to Euan Henderson, Distilleries Team Leader, with Chivas Brothers who are the current owners, for taking the time out to show us around. The winter weather sadly put an end to the proposed walk into the hills to see the Tormore water source. Still our group of four disciples somehow had become the social media phenomenon known as #thetormore4 and had taken the distillery to our hearts. Truth be told if there wasn’t a tour we’d be engaging in some nocturnal exploration of our own, as the majestic magnetism of the distillery was irresistible.  We also organised our own Tormore Vertical tasting through the decades to truly appreciate our base camp. 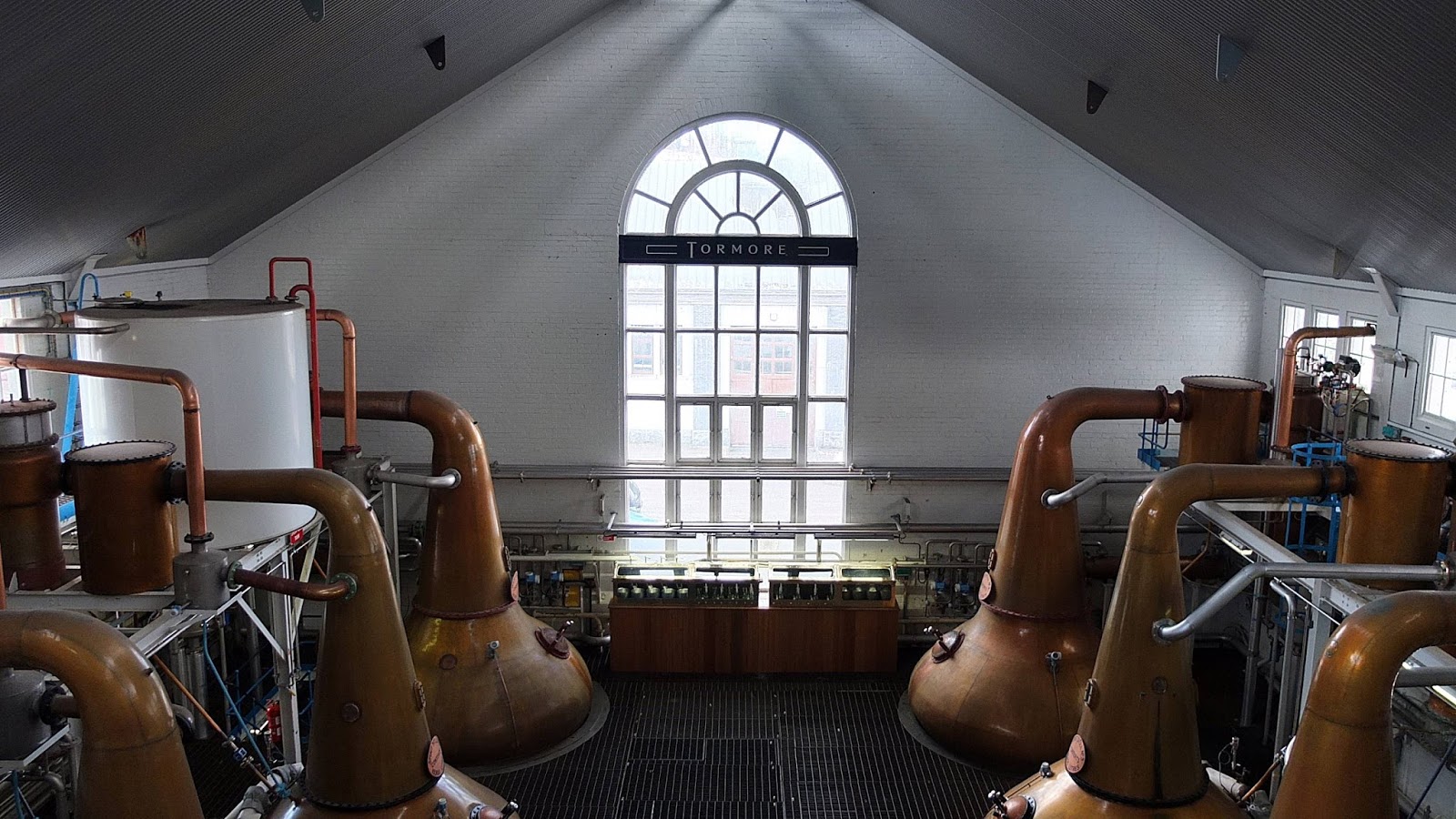 Braving the weather to join our group was Johanne of Whisky Lassie fame. An impressive feat given the road conditions and the early morning appointment after the night before. Euan provided an insight into the origins of the distillery and as you’ll see from the vertical tasting article, the various attempts from past owners to highlight its relevance as a single malt. For a relatively unknown distillery, Tormore has received several official bottlings and remains a regular amongst independent bottlers. 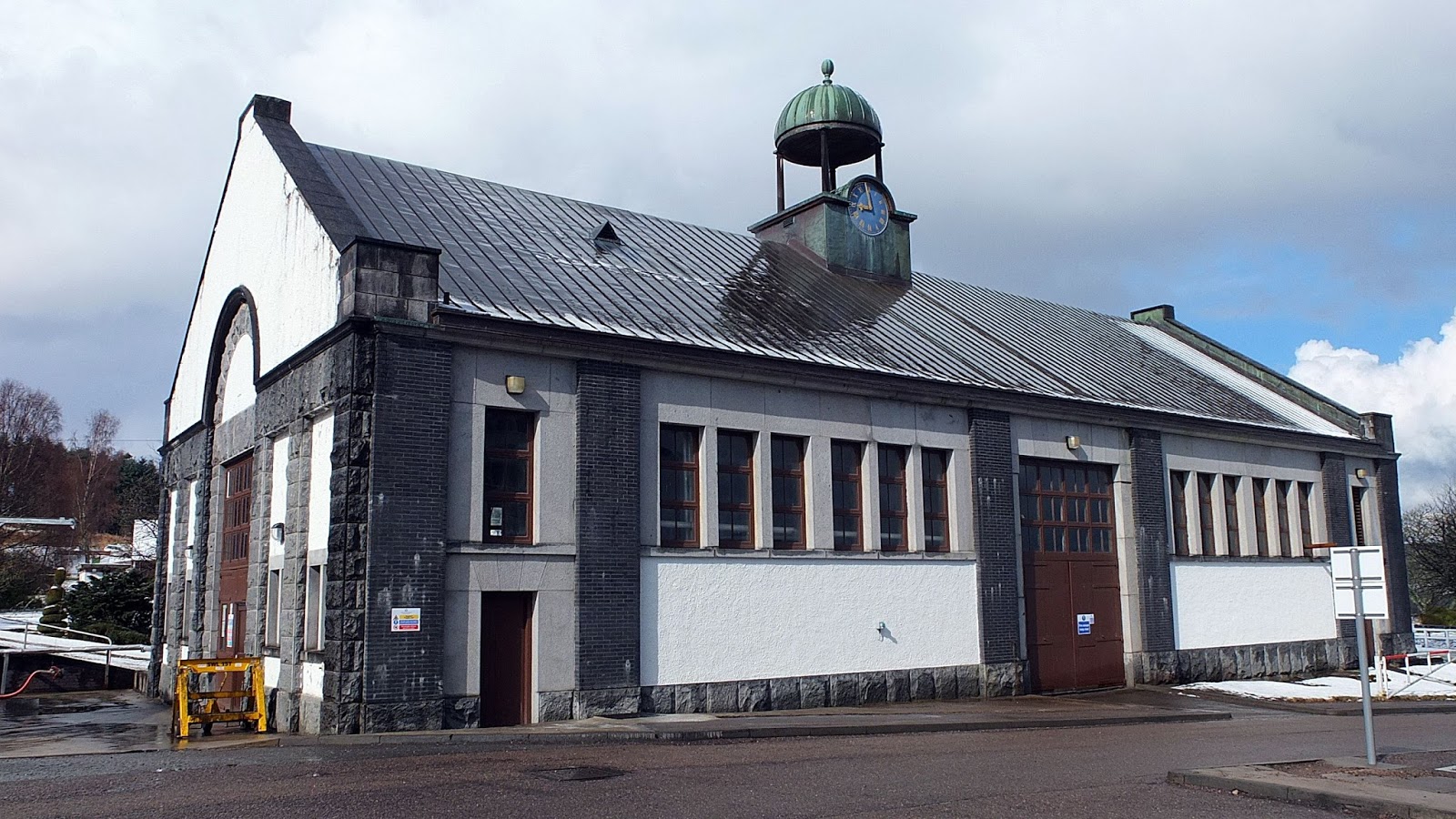 Ignoring several outer buildings, we just focused on the main hub of the distillery which is the imposing building that features in every photograph. A delivery of malt being unloaded into the distillery that morning made for a worthwhile starting point as we walked through each stage of the production. After the mill, the remainder of Tormore production is housed in the large cathedral like building. There’s a quiet efficiency and confidence in the building which has unique sense of scale.

The number of stills were doubled in 1972 boosting production to eight in total that now form the centrepiece of the distillery. Tormore was modernised further in 2012 resulting in a steel full lauter mash tun and just 11 washbacks. I expect much of the stainless steel piping and consoles also arrived with this upgrade as there was a dazzling feeling of shiny and new throughout this area. My fellow #thetormore4 member, Mark at Malt-Review, has written a more detailed piece about the production that I would direct you towards here. I shall resist the urge to talk about yeast strains and will leave that topic to the Tweed enthusiast who does a better job of it than I ever will. 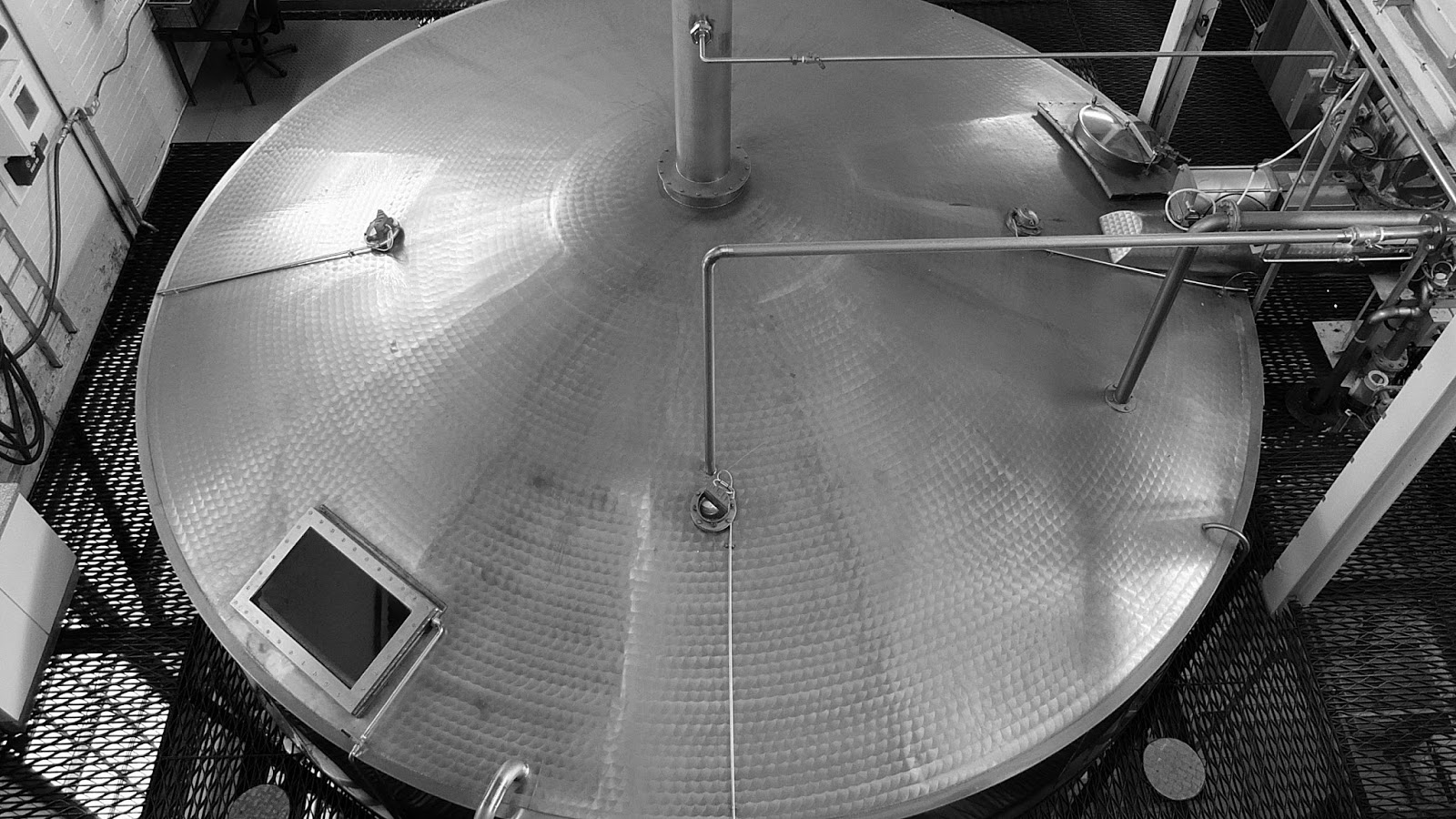 The scale of the improvements according to the Malt Whisky Yearbook resulted in an increase in production of 20%, or an annual capacity of 4.4 million litres. Most of this is destined for Scotch blenders with a small percentage being kept for the single malt market. Speaking with an independent blender during a Sprit of Speyside event about our prior festival activities, the mention of Tormore prompted a positive exchange. A real favourite for blending or even maturation for a single cask bottling – clearly Tormore whisky has its followers.

The lower section towards the impressively sized window is the still area. Here we take in a marvellous site of the stills in unison producing the spirit destined to become whisky. The spirit safes flow relentlessly and the heat produced by the stills allows us to forget about the coldness outside. Our tour does not conclude at this point as Euan kindly takes us to the main offices of Tormore that highlight the lavish touches such as the ornate entrance area with tiling and ornate chairs. In the manager’s office we are allowed to experience the new make spirt of a Tormore itself – a real treat – and an official cask strength release. These are detailed in the vertical tasting piece in greater detail as we formed an appreciation of the fruity qualities of Tormore. 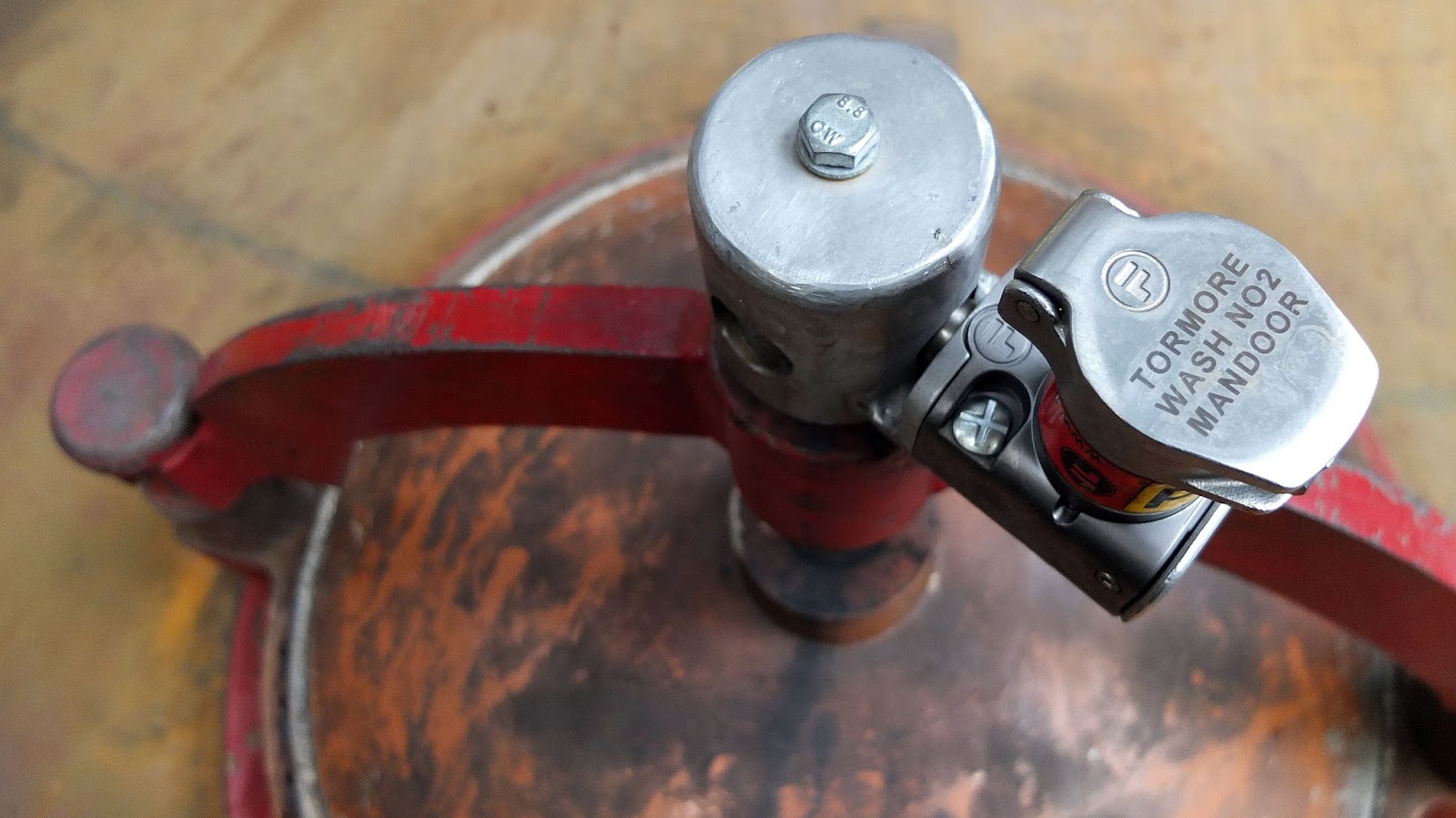 Tour at an end we thanked our host and walked back to basecamp taking in the wonderful gardens and fairy tale atmosphere of Tormore. It’s a unique whisky distillery, one that produces a quality Speyside whisky and it deserves a little more of the spotlight. 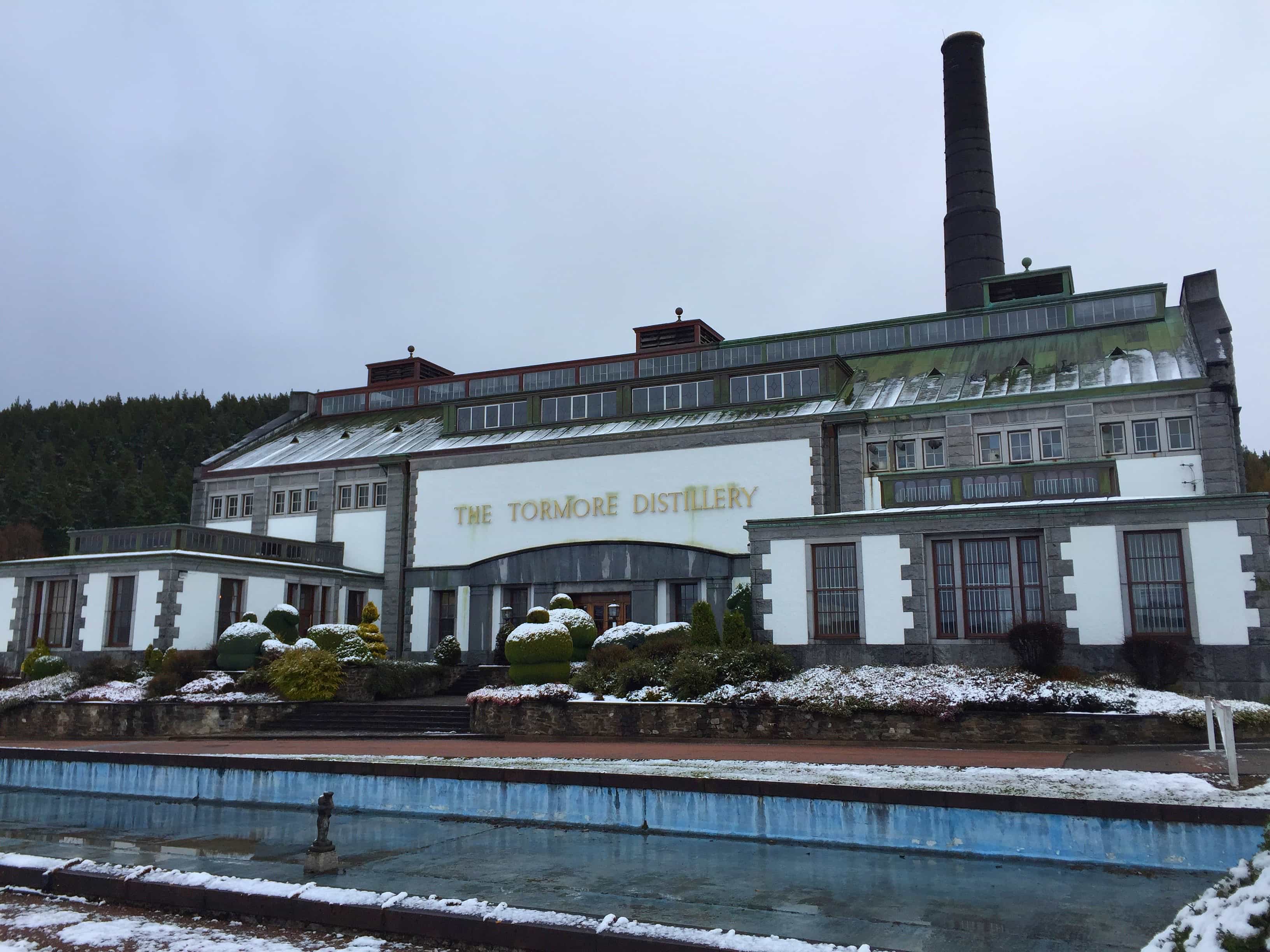