Whisky festivals are pretty common events nowadays with almost every town hall being penetrated by the desire to celebrate a dram and the magic of distillation. Actual whisky festivals and by this I mean those that take place in and around the distilleries themselves are few and far between.  These represent what I tend to think a whisky festival actually should be; a celebration rather than the opportunity to sell a couple of bottles.

The Feis Ile and its annual shenanigans on Islay are well established and the Spirit of Speyside Whisky Festival continues to grow in diversity and popularity with each subsequent year. Least I forget Campbeltown and its celebrations. However there’s a new young pretender on the true Whisky Festival scene and its Dornoch.

Last year I attended the debut of the Dornoch Whisky Festival and all things local. It was a promising opening weekend despite some torrid weather, which failed to dampen the enthusiasm of everyone that made the effort to get out and celebrate its famous local produce. I’ve strong links to the area having married a local lass and thereby inherited a new network of relatives. Whisky runs strong in the family whether it’s growing the barley or being involved further into the production chain. It underlines what a key role whisky plays across the region.
Islay will always have its peat and names such as Lagavulin and Ardbeg. Speyside can also count upon some famous distilleries but I’ve always felt that Dornoch and the surrounding Highland landscape warrants a little more of the spotlight. After all you have distilleries such as Balblair, Glenmorangie and Dalmore that are well known to enthusiasts the world over and I haven’t even mentioned Clynelish or the great one; Brora. Then you have new arrivals in the form of Wolfburn and incoming distilleries with Dornoch and Glen Wyvis on the horizon. It’s an exciting time for the region and a whisky festival seems an apt way to celebration their success. 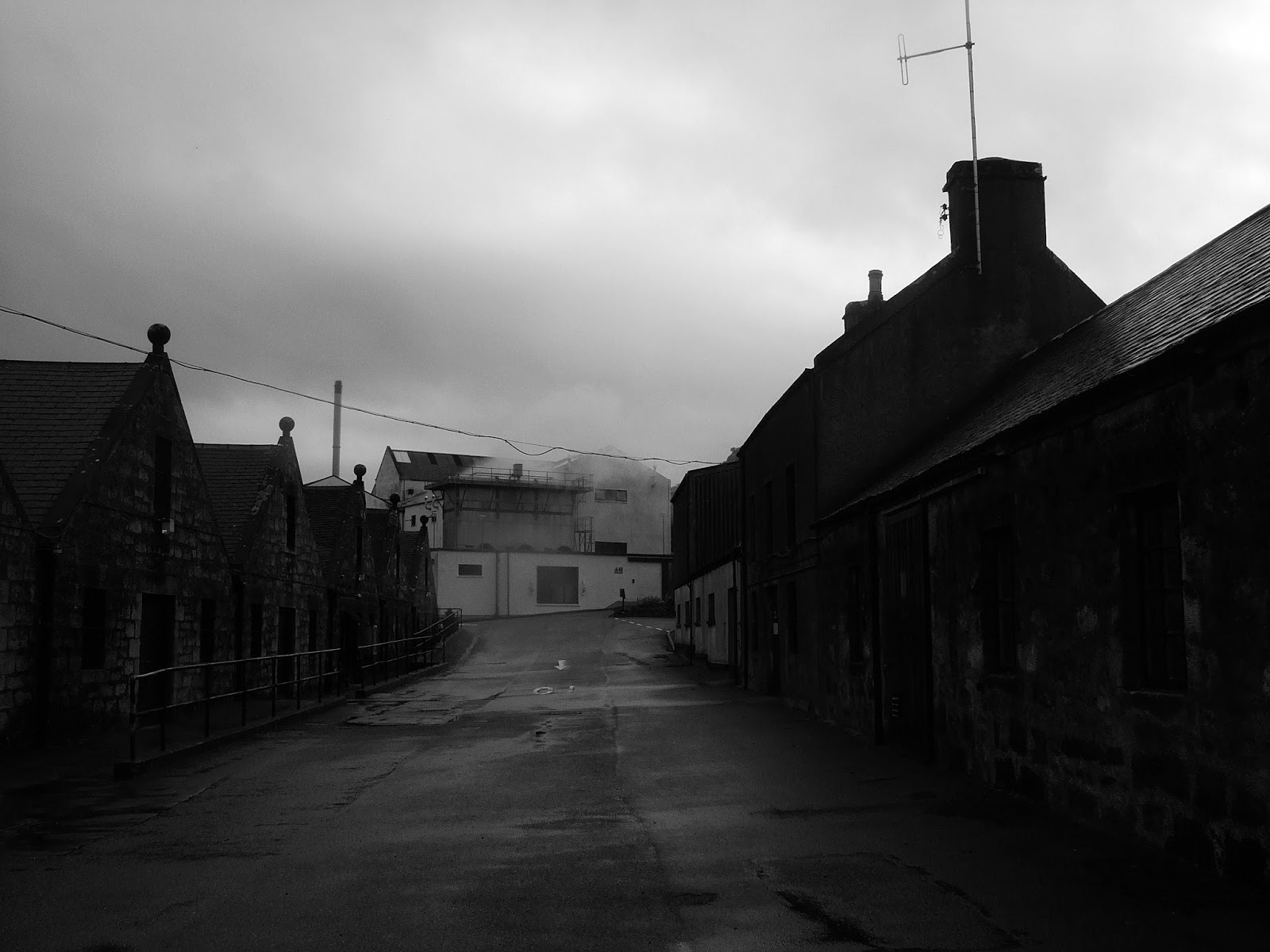 So we’ve established this region can go head to head with any other Scottish area and arguably rise above its geographical rivals. There’s a rich diversity of whiskies in this Dornoch region that offers a wide spectrum of experiences beyond a peat-fest or the comfort of a Speyside whisky. Here it’s a more rugged and varied environment that is shown through the quality of its whiskies. The Dornoch Whisky Festival is seeking to establish itself as an annual must attend event for enthusiasts and tourists alike.

Having enjoyed the 2015 festivities, this year’s calendar builds upon the initial foundations and looks a more complete and confident package. Whilst I’ll be writing about my experiences post-festival, I felt it worthwhile to pick out a couple of interesting events just in case you’re free anytime during the 28th to 30th October.

All the links are in red and will take you to the specific official pages.

Tasting with Charles MacLean
This year Charlie is the big name attendee and having enjoyed a couple of tasting sessions with him in Edinburgh I can concur it’s a fantastic experience. I doubt there isn’t a distillery or whisky in his extensive vocabulary that doesn’t involve a fascinating tale. Here’s your chance to find out with a welcome tasting prior to sitting down in Balblair distillery to watch The Angel’s Share film. Of course you’ll know Charles starred in the movie and that it was partially filmed on location? A unique opportunity even if the cask of Malt Mill is sadly missing.
Gala Dinner at Links House
Being a regular visitor to the area, I know there are several worthwhile restaurants and food options. These cuisine experts are all offering various meal options combined with whisky over the course of the weekend – clearly you’ll never go hungry at this festival. This particular Galan Dinner event has sold out with just 12 places being available with Charles MacLean playing the role of host. However there are plenty of other establishments offering themed menus – you can try the Dornoch Castle, Royal Golf Hotel, Links House, Dornoch Inn, Eagle hotel or the Royal Dornoch Golf Club for your evening treat. 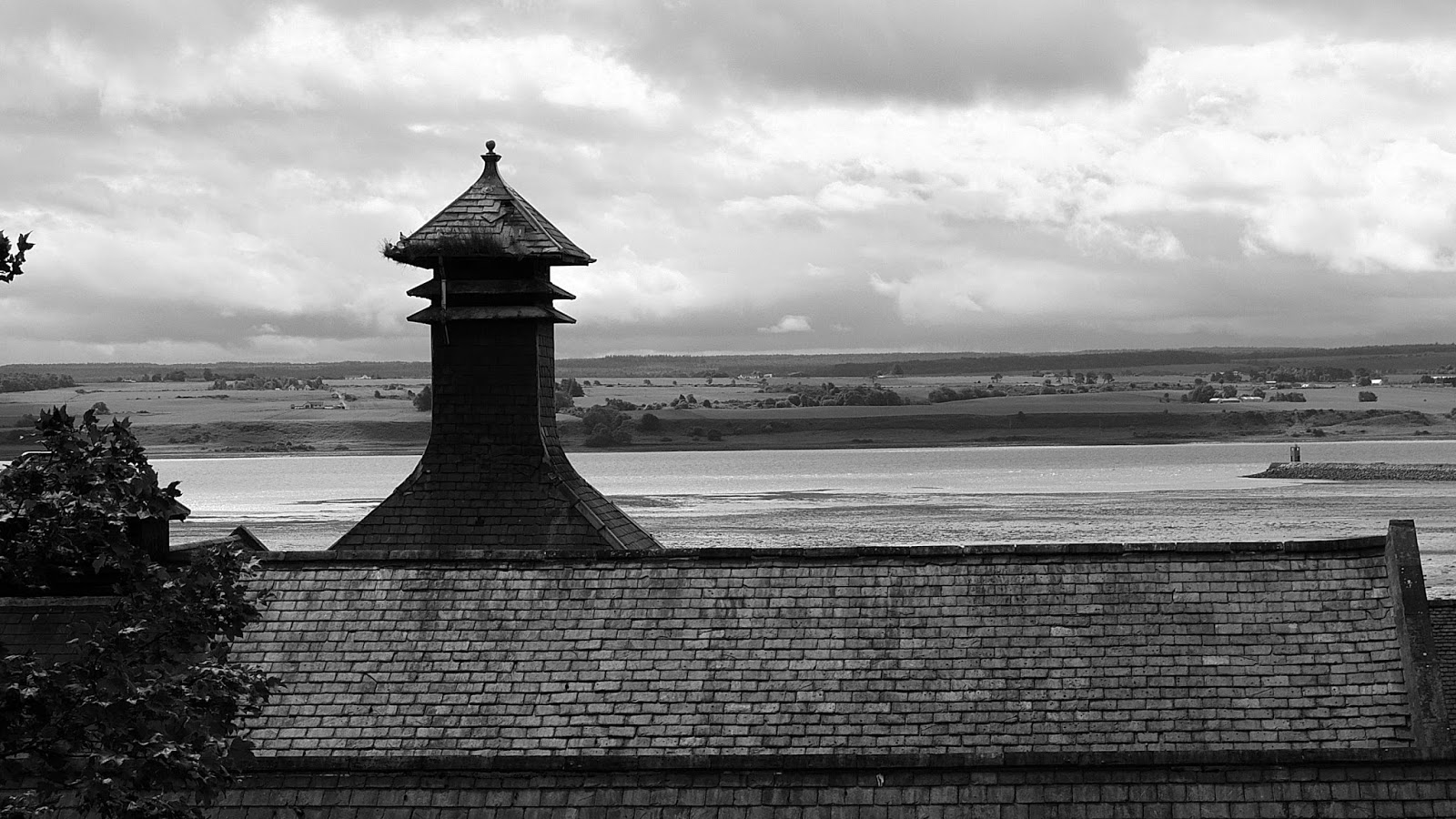 Since the 2015 festival, the Carnegie Whisky Cellars has arrived on the scene offering whiskies from across the spectrum. There’s also a very lavish tasting room around the back which used to be the court record vault and is over 200 years old. For their first festival event, the team are offering a tasting of 6 regional distilleries and I’ve been informed this will include a special Wolfburn bottling. A marvellous way to kick off your Saturday festival experience even with me in attendance.

Literally almost next door to the Whisky Cellars is the Dornoch Castle Hotel which features one of the great whisky bars and during the festival will play host to several events including a BBQ and live traditional music.

This Gala event is an opportunity to taste local whiskies with additional representation from Gordon & MacPhail, Glen Scotia, Glenturret, Annandale, Douglas Laing and Glen Wyvis. The Gala will offer stalls and representatives from the distilleries and independent bottlers, making it an opportunity to find out more about a dram you’re experiencing and what makes it unique. A goodie bag and vouchers for drams, plus a Glencairn glass takes care of the ticket price and then some.
Guided Archaeological tour at Ferintosh
This is an enticing proposition and something completely different to what I’ve seen any whisky festival offer. The opportunity to visit and explore the site of a lost distillery from over 300 years ago. Hosted by an expert on the archaeological site, those hardy enough to make the trip will learn about Mulchraich distillery and what life was like for those working in this era. This was high on my list but clashed with another event so maybe in 2017?
A Taste of the Highlands
Charles is back for a more extensive tasting across the Highlands with I’m sure some rather special whiskies. Set in the atmospheric Carnegie Whisky Cellar tasting room, this event is shaping up to be a real treat. Whilst the whiskies themselves remain under wraps, I’m optimistic given the ticket price that there will be some marvellous drams dissected by the knowledgeable Charles MacLean. 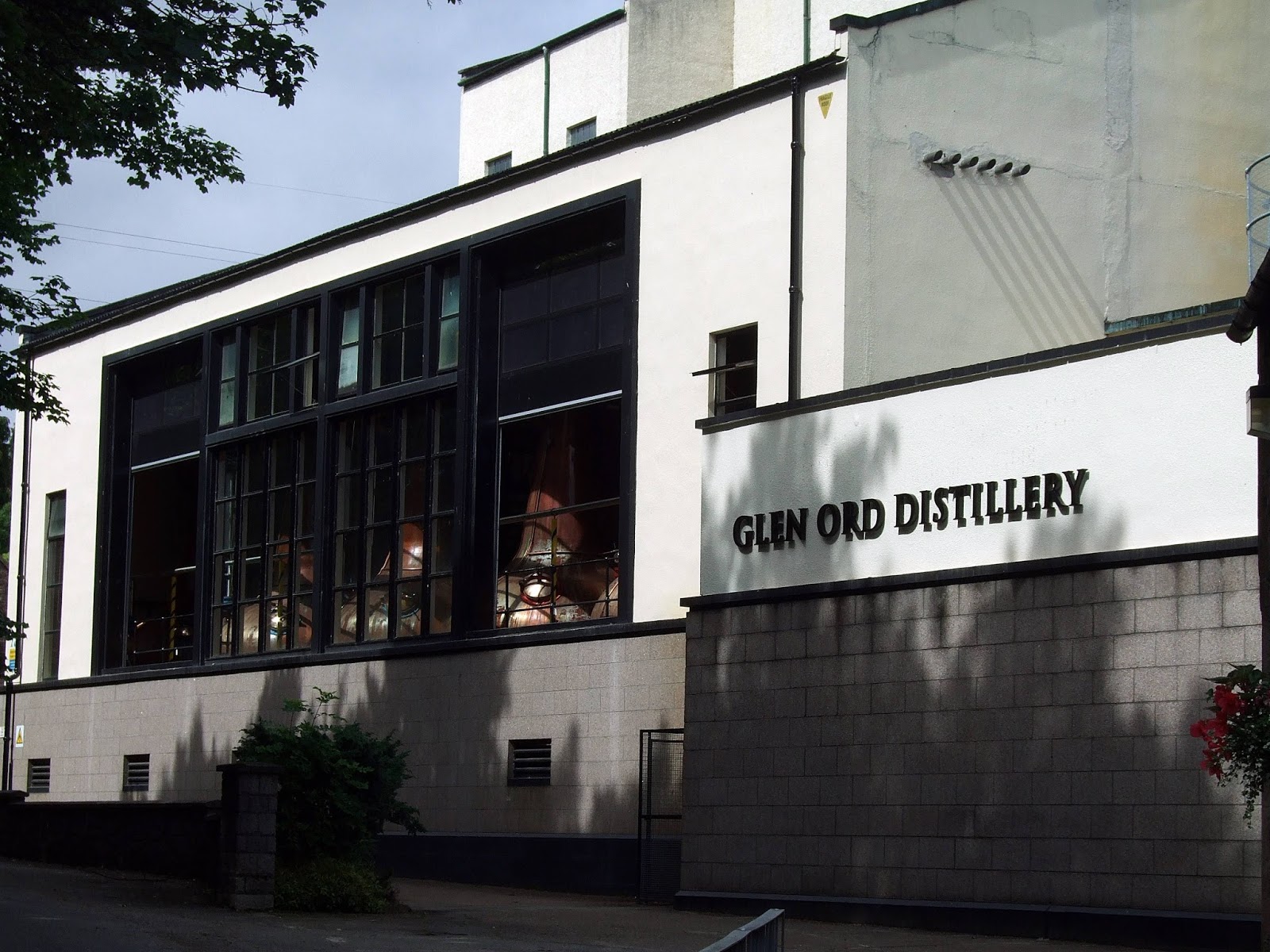 Stillman’s Tour of Glen Ord Distillery
There are a couple of festival options available for Glen Ord distillery including a VIP experience that incorporates the rarely open Teaninich site. There’s also an event that features the huge Diageo maltings so there’s something for everyone on paper. My own preference is this Stillman’s tour as much as tour guides do a decent job, nothing compares to having someone from the production side of the distillery giving you the lowdown with a few added tales I’m sure. My recent tour of Bunnahabhain just reinforced this viewpoint.
Tour of Teaninich Distillery

Also available as a separate option is the chance to visit the rarely discussed Teaninich distillery which was established in 1817 near Alness and is rarely seen as a single malt. When I have experienced a Teaninich its often been an impressive journey. The distillery is not open to the public so this event was high on my list as another distillery I’ve yet to visit. Sadly it clashes with the next event that I just couldn’t pass up – maybe next year? 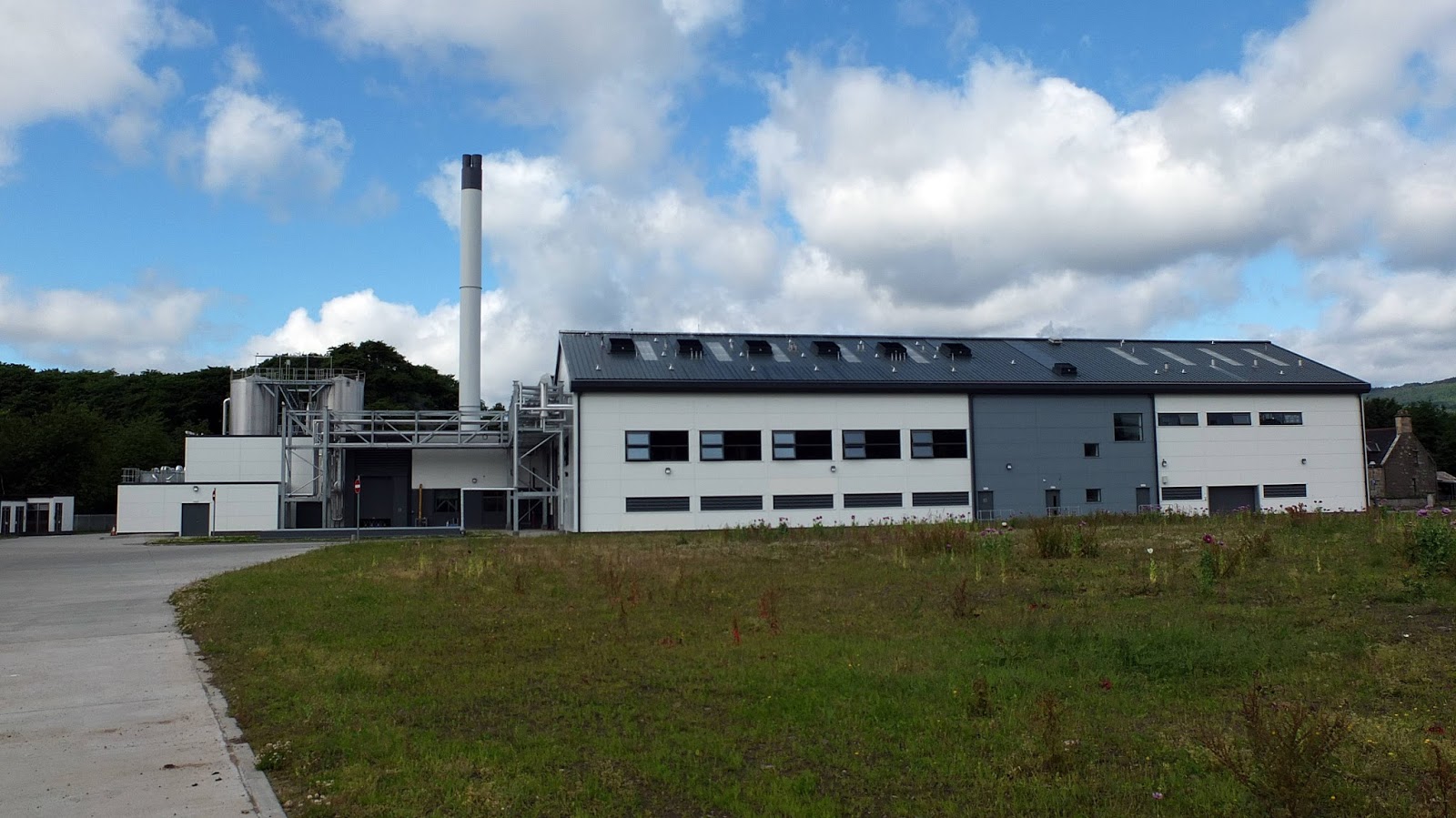 VIP The Brora Experience
When the festival listing of events was published there was only going to be one winner. Being a Brora and Clynelish fan, I haven’t visited either distillery for several years now. Clynelish is currently undergoing an extensive upgrade so for this event its all Brora, which is normally closed to the public. It’s a tremendously atmospheric distillery, built with weathered stone that gives is a timeless quality and one that refuses to wither and die.
Its classic looks help its fearsome reputation amongst enthusiasts but its the quality of the whisky it produced that endures. Just 10 attendees will be on this tour and with Clynelish closed to the public we’ll have the place to ourselves. Yes, at £160 per person its the most expensive tour I’ve ever purchased, but when you consider how much the samples of Brora cost as well as the Clynelish Select Reserve, then a couple of drams more than pay for the event. The extra bonuses are the remaining drams from these stalwarts and then the tour of hallowed ground.
Old and Rare Balblair Tasting
A real highlight of the 2015 festival was the A dram less ORDinary tasting organised by the Thompson brothers to showcase Glen Ord distillery. I left with an enhanced perspective on this local distillery and new appreciation; loving those funky 1970’s green bobbled bottles. Not content with running the aforementioned whisky bar, they’ve been busy in 2016 establishing the Dornoch Distillery. Somehow they’ve found the time to put together a showcase of Balblair and its whiskies with six drams. It promises to be a real tour de force with whiskies from the 1960’s right into the 1980’s and plenty of whisky geek facts thrown in for good measure!
After all of this a nightcap at the bar will needed.
This preview is just a summary of the events that I’m interested in, but there are plenty more available on the official website plus some distilleries will be open as usual. For the latest information check the official Twitter account or Facebook page. If you cannot make it this year then do watch out for a couple of post-festival articles that may be of assistance if you are planning a visit to the region in 2017.
57.87907-4.028026
CategoriesFeatures
Tags
dornoch