Quiet, unassuming and yet thoroughly respected. It can only be Cragganmore distillery on Speyside. A member of Diageo’s Classic Malt range the 12 year old is widely available and often overlooked in favour of more fashionable distilleries or peated expressions.

The Cragganmore is a whisky I have enjoyed in bygone times but I hadn’t returned to the core expression until preparing for this review. I did have the privilege of tasting a selection of private family casks from Cragganmore that are available at the nearby Ballindalloch distillery. It unleashed a new appreciation of what their older neighbour is capable of backed up by a SMWS release dubbed Tongue Tingling Treasure numbered 37.67, which blew me away in 2015.

Cragganmore distillery was founded in 1869 with close proximity to the vital Strathspey railway line that gave access to the south. Its founder was a very experienced distiller called John Smith, who had previously worked with Glenfarclas, Macallan and Glenlivet. The distillery remained in private hands until 1923 when it was sold to White Horse Distillers Ltd. Today its widely appreciated for its distinctive characteristics and depth of flavour. Visiting the distillery recently it also retains much of the original buildings and atmosphere set down a country road, past an impressive farm before appearing all of a sudden. 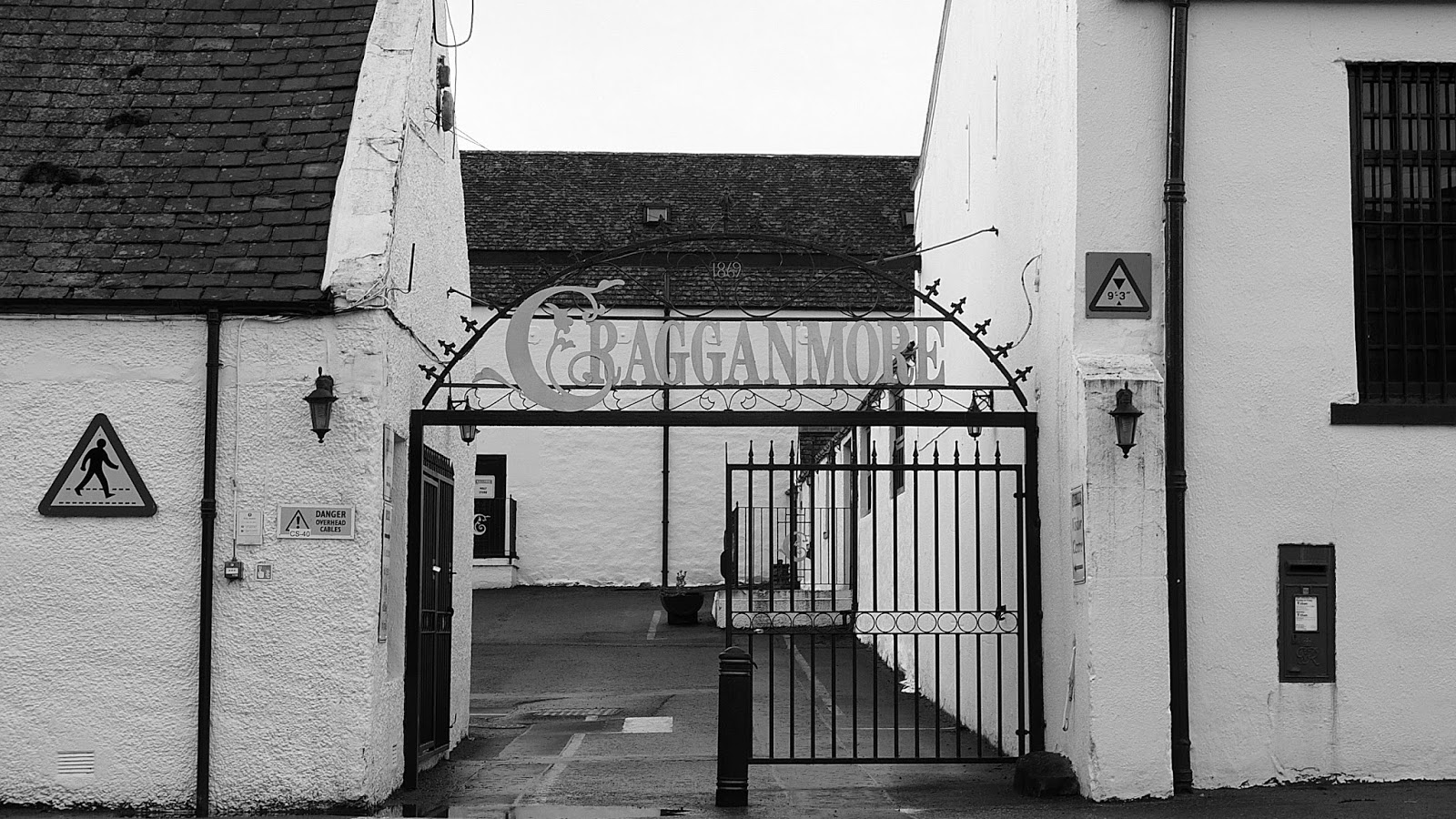 Colour: oh I think we have some E150 colouring here
On the nose: refreshing with orange, peaches, cherries and a creamy aspect. Digestive biscuits and almond oil.
In the mouth: more of those oranges and a juicy plump quality overall. Almonds, barley and a nuttiness aspect certainly almost marzipan, dark chocolate, a rih honey and black pepper – especially in the finish. It’s just an elegant balance of cereals and sweetness with a drop of rose water thrown in for good measure.

It’s easy to appreciate why Cragganmore is in the Classic Malts range. Some of the distillery entries in the range you can question, but this 12 year old is a quality Speyside exponent that is a cut above. Yes, its not a Tormore which is the Pearl of Speyside, but there’s much to appreciate and enjoy. A higher strength would be beneficial however for such a quiet and unassuming distillery, Cragganmore is worth seeking out for enjoyment or if you’re just commencing on your whisky voyage.

If Cragganmore was a band then I reckon it’d be Black Sabbath. It’s been around for generations and has persistently stuck to its guns when..

This was a chance purchase thanks to a couple of bottles appearing at the Edinburgh Cadenheads store recently. Occasionally from the darkest depths of Campbeltown,..