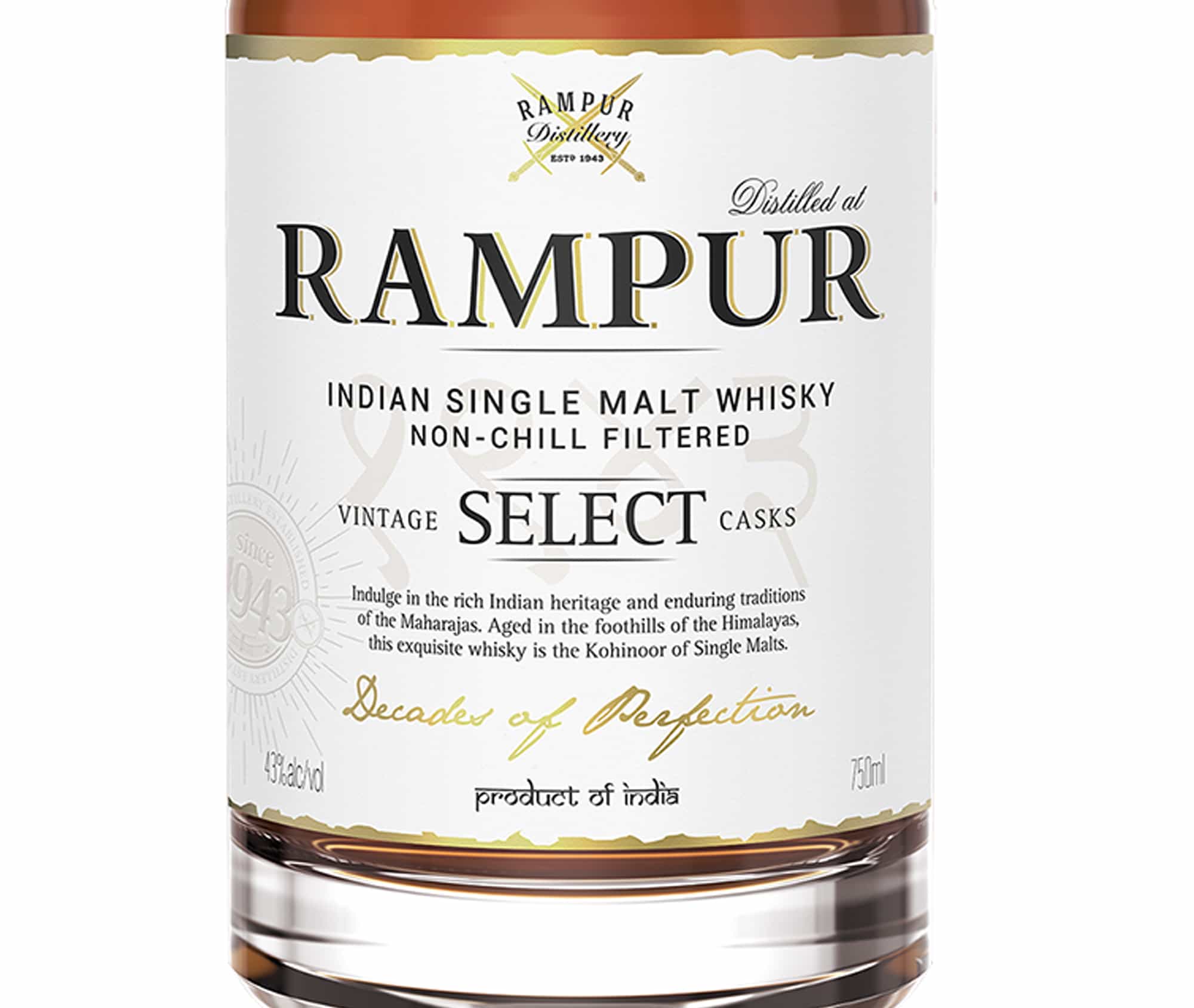 There is quite the wave of whiskies coming out of India these days, and generally what makes it to the UK is decent stuff. Amrut has long since established itself in the market, not long followed by Paul John. And largely speaking they’ve all been well-received.

Next to join the race is in fact not strictly speaking a newbie at all. It’s Rampur Single Malt Whisky – which is distilled in India’s oldest distillery, Radico Khaitan, a place that dates back to 1943. This is a Himalayan whisky, so the blurb tells us, which means the maturation will see some higher temperatures and consequently be speeded up. This all happens in the Uttar Pradesh region. It’s believed the climate there speeds up the maturation process three to four times that of a cool dunnage warehouse in drizzly Scotland. That means faster action of wood on the whisky – and quicker evaporation.

Anyway, Rampur Single Malt Whisky is non chill-filtered and bottled at 43% ABV. I’ve no idea how old it is, but Bottles are on sale at just over £40. It’s being pitched as a super premium luxury whisky. (Which, given last week I was nosing £1000+ drams at the Special Releases event, makes me smile at how the Scotch whisky industry has properly created its own premium category away from the rest of the world of whisky.) 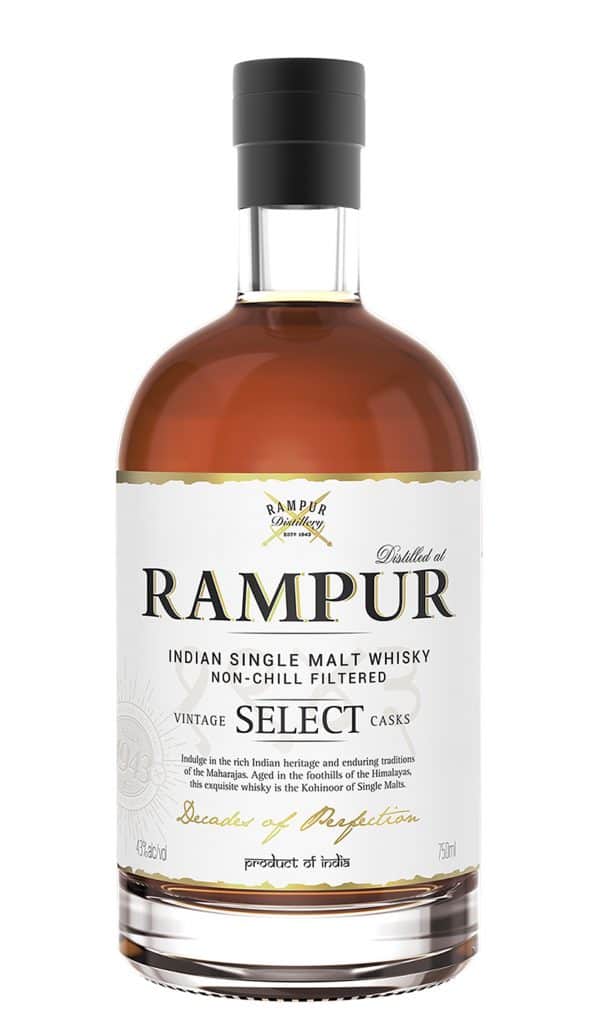 On the nose: insane sweet tropical fruit hit, a bit like those supermarket juice cartons rather than the fresh fruit variety. Give it time to settle and more traditional notes arrive, very much at the dried fruits end of things: raisins and sultanas. Baked pears in syrup. Cinnamon. A lot of underlying sweetness though, like an intense rose scent. Maybe distilled in the Scotch style, but it feels distinctly different.

In the mouth: much more Scotch-like here. Thick, juicy with some nice dried fruit at first. It’s autumnal: that cinnamon and nutmeg comes through here. Again, stewed apples, with a tart, blackcurrant bitterness. Pineapple in syrup. Black pepper. Rum-like in places. A faint woody bitterness doesn’t quite balance the sweetness, but rather jars in an otherwise decent set of flavours. A short, peppery finish.

An interesting, tasty dram, and not at all bad for the money. There are some strong flavours competition for domination and it doesn’t quite balance out properly, on the whole, for my tastes. Personally I didn’t love it because of that overly tropical nose, but Rampur has character at least, and that character doesn’t stray down the weird end of the spectrum.

Suffice to say, if you’re bored with boring whiskies, then Rampur certainly offers something different. A bottle costs £40, so it’s worth a punt if you’re into more exotic whiskies and drinks experimentation. And whether or not it becomes a luxury whisky, or thereabouts, remains to be seen: I’d like to know more about what’s in the bottle and how the whisky is matured before I can make up my mind on things like that.