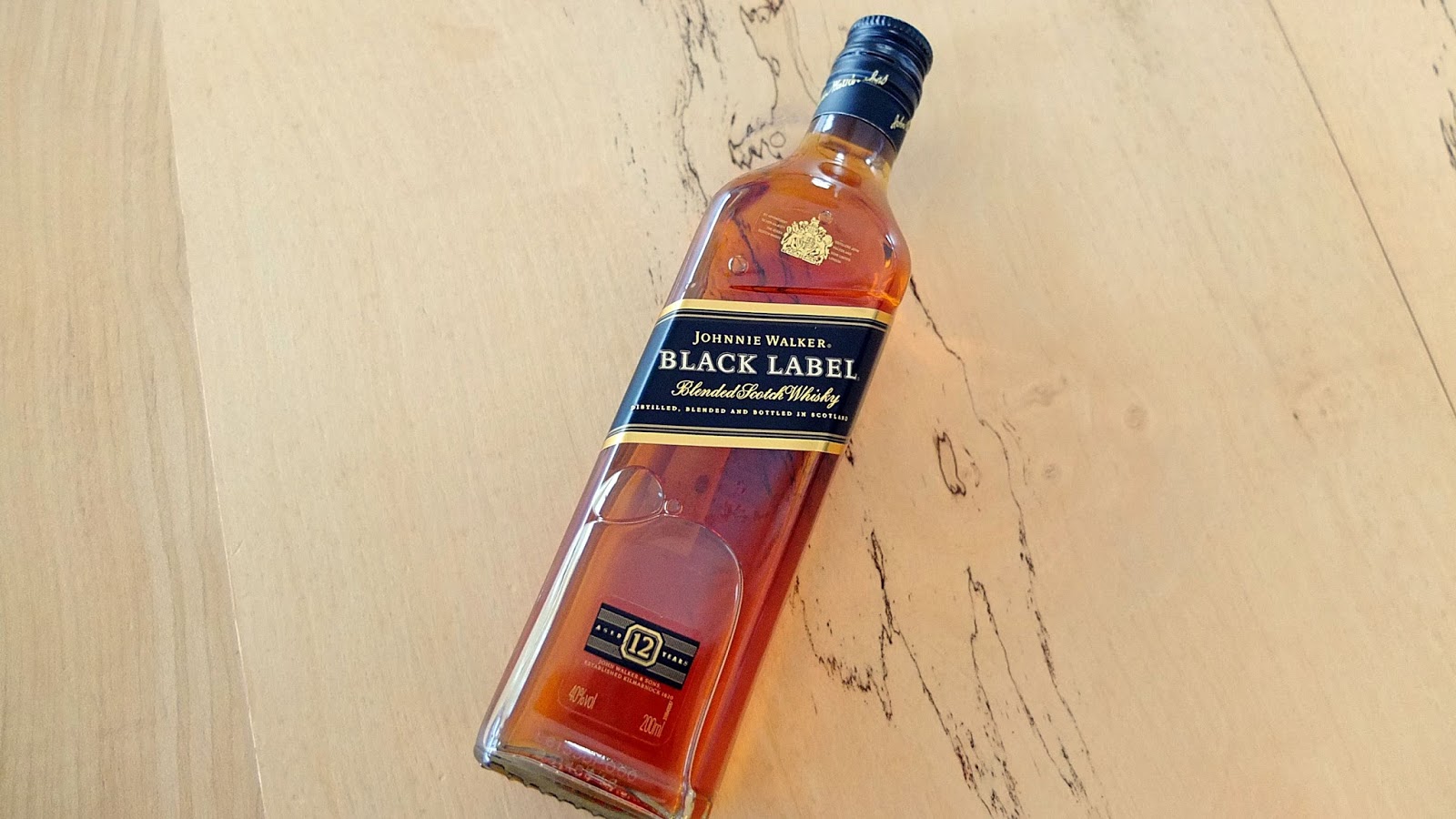 Time for a reunion with an old friend, or classic depending on your point of view.

My recent trip to the Isle of Lewis prompted a tour of the duty free aisles at Glasgow airport. Perhaps its only me but the days of good bargains in the travel retail sector seem to be at an end. We’re now faced with a torrent of No Age Statement bottlings with various claims and prices that do not offer value for money. I’m starting to agree with critics who view this retail sector as only existing to fleece holidaymakers looking for a present or bottle to sit down with whilst sunning themselves.

As I was travelling to Outer Hebrides the possibility of sun lounging was a very remote one. However I was in need of a whisky for the evenings whilst we relaxed and enjoyed the view from our costal cottage. A 20cl bottle size for a couple of nights seemed an ideal partnership and avoided the possibility of actually wasting a whisky.

Hence this old classical and a desert island whisky for many lovers of a dram; the Johnnie Walker Black Label. It’s a widely available blended Scotch whisky and one consistently heralded by many. I know its slipped a little from previous decades but this is a feature across the blended Scotch market as margins are squeezed and grain content increases. 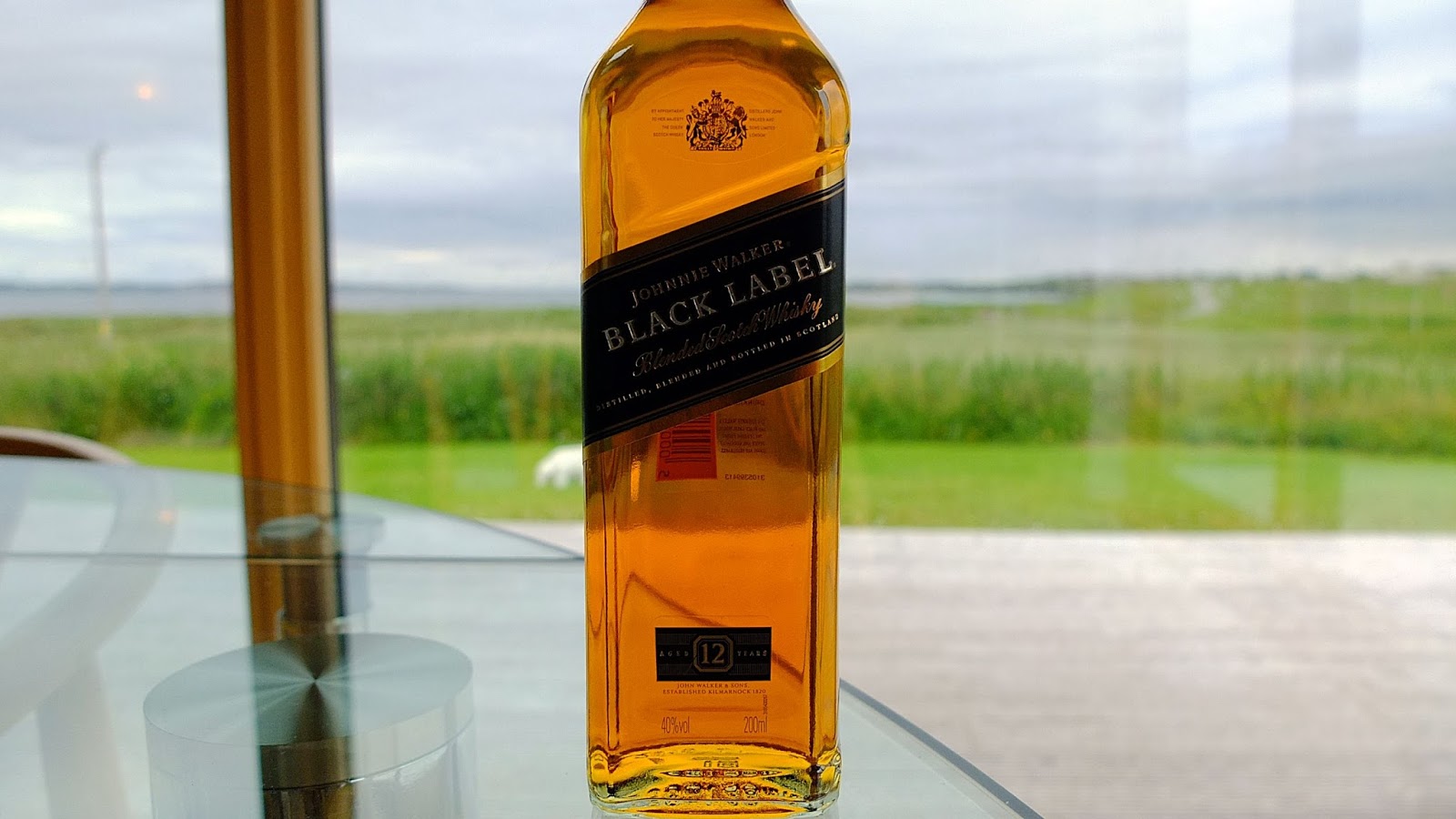 The Black Label forms part of the Colours range of whiskies that today includes Red, Double Black, Gold, Platinum, Blue and you may still find the odd bottle of Green out there. The Black Label came into being in 1909 when the existing Extra Special Old Highland blend was renamed along with other variants.

It’s a huge portfolio for Diageo and is the third biggest selling whisky in the world from figures dated 2014 in the 2016 edition of the Malt Whisky Yearbook which is an essential reference guide. If you take out the Indian whiskies in the top two positions, then essentially from a worldwide availability perspective the Johnnie Walker range is king of the hill. The trend surprisingly was a 9% decline in sales resulting in just 224 million bottles being sold. Either way that’s a huge quantity of whisky being produced by distilleries across Scotland to support this iconic brand. On that note lets see how enjoyable the Black Label is today.

Colour: honeycomb
Nose: a very approachable arrival with oranges, fragrant dried fruits including apricot, toffee, honey, a hint of peat and a twist of black pepper.
Taste: a hint of what could be with liquorice and dark chocolate. Some subtle ginger, caramel and black pepper. A gentle Lapsang Souchong finish is only marred by the presence of fiery alcohol on the fringes. A splash of water and time in the glass removes this feature thereby leaving with something that doesn’t offend or overwhelm.

Overall: a marvellous example of consistent blending and balancing all the characteristics of Scottish distilling.

In an age of disposable technology and packaging, the presence of lighthouses and their built to last heritage is refreshing. Nowadays everything seems to have..

Now here is a new name to many readers, especially those living abroad; Speyburn. This isn’t a high profile distillery or one that has far..