Recently I reviewed the Alba Acquavite Di Cereali release from Italian distillery Puni. This triple malt being matured in Marsala casks was too sweet for my palate and a little young to be called whisky.  As with all of my reviews once they’re published online I tend to move on given my workload of whiskies and thought very little of it again.

Then recently, Puni got in touch with me about the review and offering the opportunity to try out some of their whiskies kindly shipped over from Italy. Part of the motivation being that coming direct from the source there would be no concerns over the validity of the spirit and perhaps more importantly; no degradation or spoiling of the contents.

Regulars will know I do not pursue distilleries or PR firms for samples or freebies that so many desire with zeal. My own network of sample providers is entirely reliable and quality assured. If I had any doubts regarding the origins of a said sample this would not make it to review stage. Quite often the bottle in question is poured straight into sample vessels of my own – right in front of me – before being sealed, or I do it myself. Generally it’s an unwritten rule amongst enthusiasts that it should be exactly what it says on the tin, or whatever sample bottle you’re utilising. It’s a bond that unites us all.

Whilst I’m entirely confident that the Puni Alba Acquavite Di Cereali source is genuine and respected. I have received samples that have suffered a noticeable decay or become influenced by air left in the bottle that has not been filled to a sustainable height. In these situations they are not reviewed or if they are very old miniatures I’ll make it clear about how the contents have been spoiled. 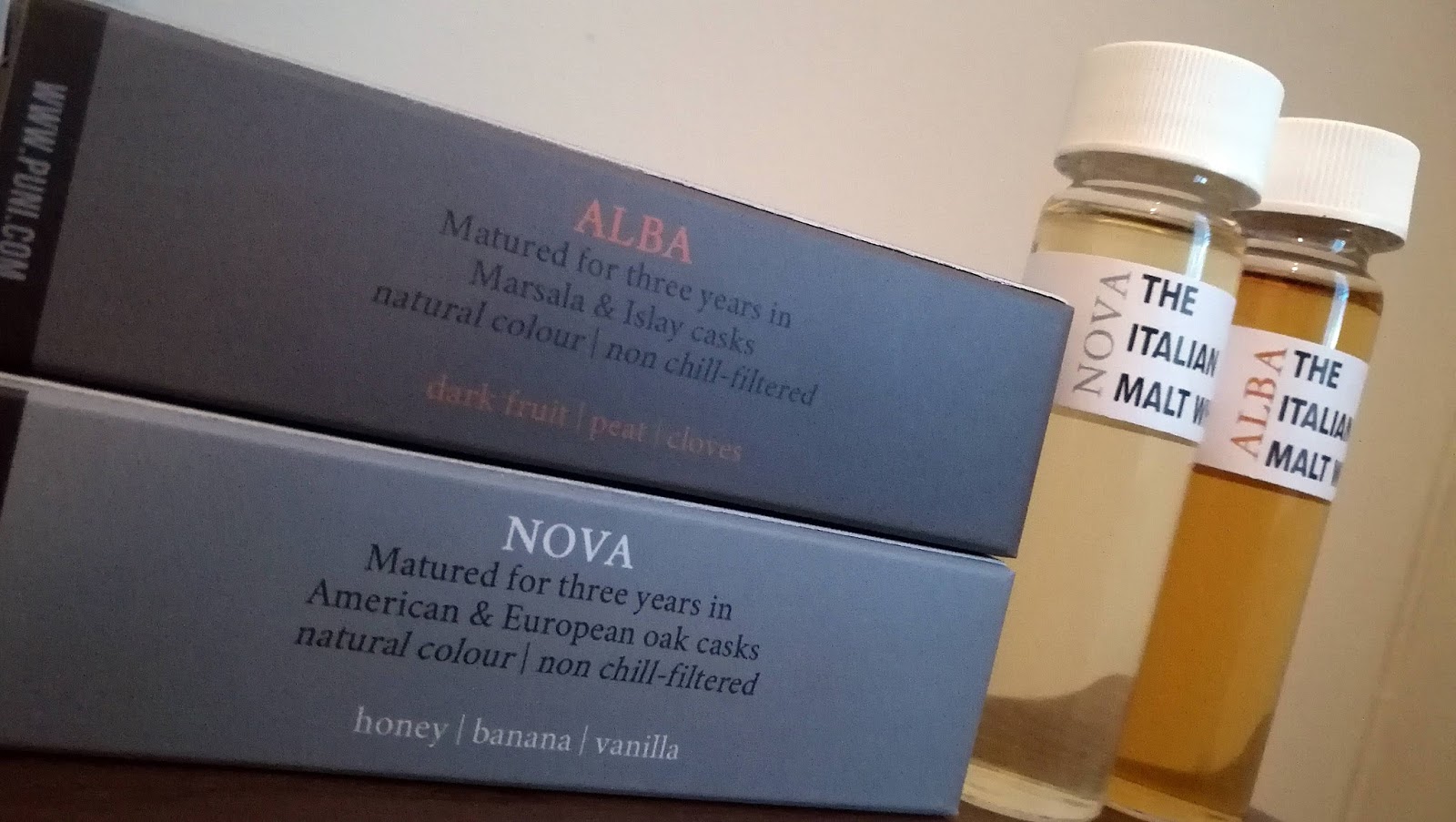 These things can happen as Serge over at WhiskyFun recently reviewed a 1976 35 year old Jura release from Berry Bros that has been widely recommended as the Jura to try by friends for its excellence. In that review he did make it clear that it was a possible accident, but it was a very fresh sample with care taken. The only way to resolve this would be to open the bottle of this Jura (yes, I do own this bottle) and furnish Serge with a replacement sample. While I have been keeping this Jura for a special occasion – when that moment does arrive – I would furnish the great man with another sample to revisit.

So this brings us to the trio of samples provided directly by Puni. Whilst I may or may not enjoy these whiskies it is refreshing that a distillery is seeking out enthusiasts online and trying to promote its brand directly. It does display a certain confidence in its products regardless of their age.

Bottled at 43% strength and expect to pay around £60. This is not the same Alba as the one mentioned at the beginning of this piece rather this is the finished article. Whereas previously it was just the Marsala cask influence that was apparent, it’s now been finished in casks from Islay that once held peated whisky.
Colour: a light amber
On the nose: initially its cornflakes and shortbread. A floral heather note in the undergrowth amidst red grapes, rose petals and sawn wood. The peat and Marsala have met head on in the wood stakes and there’s no clear winner. A light dusting of sea salt via Islay, foliage and a creamy aspect. Right at the end there’s that trace of the Marsala with a bottle of strawberry syrup.

In the mouth: a little harsh and wood dominated which I wasn’t expecting from the nose. The initial taste is off-putting and is upon reflection very earthy and drags your tongue along a charred cask. Leaving to settle in the glass for a prolonged period reduces the harsh exterior provoking memories of cloves and fenugreek leaves. A little smoke mixed with a wood bitterness rounds off this provoking whisky.

A real clash between a Marsala whisky and Islay casks. This has left the actual liquid confused, unbalanced and struggling for its true identity. I would put this bottling down to experience, file into the history books and move onto something new. 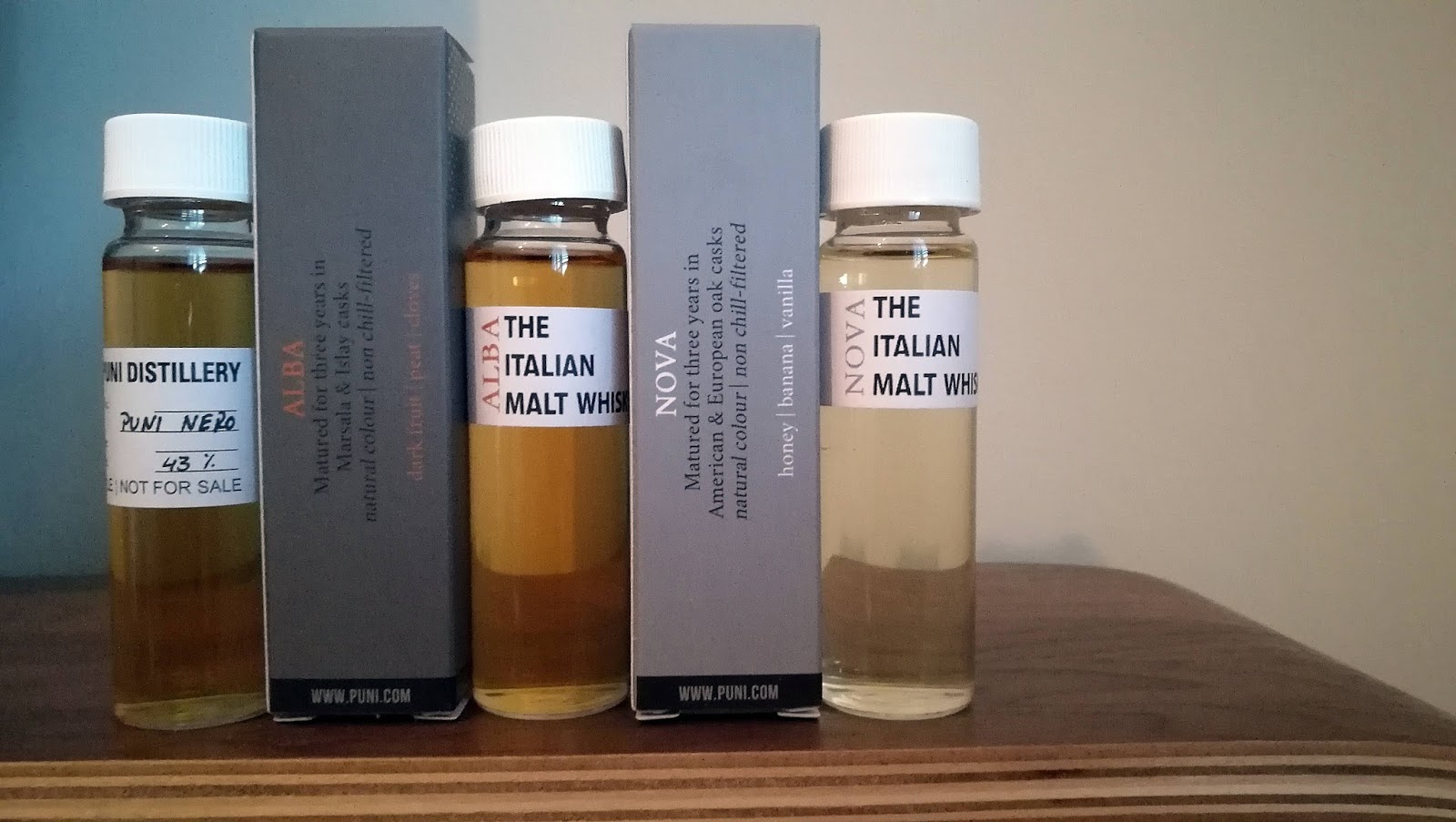 Bottled at 43% strength and expect to pay around £51. The spirit here once again follows the triple malt process (barley, wheat, rye) before spending 3 years in American oak casks, followed by a couple of weeks in Limousin oak barriques to finish it off. I’m expecting a tannin richness from the final cask type, which is often used by Cognac producers and being a wide grain may be more susceptible to leakage.
Colour: a light brown gourse
On the nose: a combination of white grapes, pears and green apples. This is more familiar territory and shows promise. A splash of vinegar on the fringes in a good way. Vanilla sponge and some red berries in there as well and black pepper.
In the mouth: then the glimmer of hope is weakened on the palate. There’s something odd about the finish and main body of this whisky. That earthiness once again but more restrained almost verging on a rich bitter dark chocolate. Arguably the spirit has not settled and fully integrated with the wood. The tannins are noticeable as is a little honey and white pepper. If tasted blind I would have thought this was young and done in quarter or much smaller casks to promote interaction. More vanilla is unleashed with a touch of water and it promotes more refinement.

A much more approachable nose and reminiscent of a whisky. The Limousin oak barriques have not overpowered its contents instead adding a flourish in the undergrowth with berries. The flavours are very young and express a certain limitation. Overall it requires a longer maturation, but in this whisky environment the desire from many distilleries is to bottle as soon as possible given the understandable market pressures. Lets roll onto the third and final dram as the curve is upwards – hopefully it continues.

Bottled at 43% strength and the price is to be advised. This is by chance a Whisky Rover exclusive as this is the forthcoming latest Puni release entitled Nero, which has been aged in 3.8 years in local Pinot Nero casks. It’ll be a limited expression available at the end of October with just 3000 bottles being released.
Colour: a light caramel
On the nose: very fruity upon arrival. Emphasis on plump stewed pears with a vanilla syrup. Then cherries, peaches, rose water and chocolate flakes with the full maturation in a Pinot cask showing through.

In the mouth: again there’s a slight harshness on the finish and limited profile but the arrival and modest development are much better here. Cranberries, dried fruits particularly raspberries and spice from star anise make for pleasant sipping.

The Nero is the best Puni I’ve had so far from the series I’ve tasted. This one benefits from the type of cask and a slightly longer maturation period. Of course it would benefit from additional time to allow that marriage between the cask and spirit. In this current form the spirit is still a little unsettled, but not to the dramatic effect seen in the Alba and Nova.

In summary with each subsequent release, the standard of whisky from Puni improves. These baby steps are part of the learning stage for any new distillery. It’ll be a while before Puni is able to run and hold its own on the world stage, but with time and the right cask it’ll be fun to come back in a couple of years as their projects reach market. Some of these cask ideas won’t I suppose be repeated and I’d still like to see a ex-bourbon cask with no finish at a later date to give me a true indication of the distillery character.

Many thanks to Puni for seeking out Whisky Rover and shipping across these samples.

Italian what I hear you cry? Yes, for a nation that has been a strong supporter of whisky it is surprising that until very recently.. 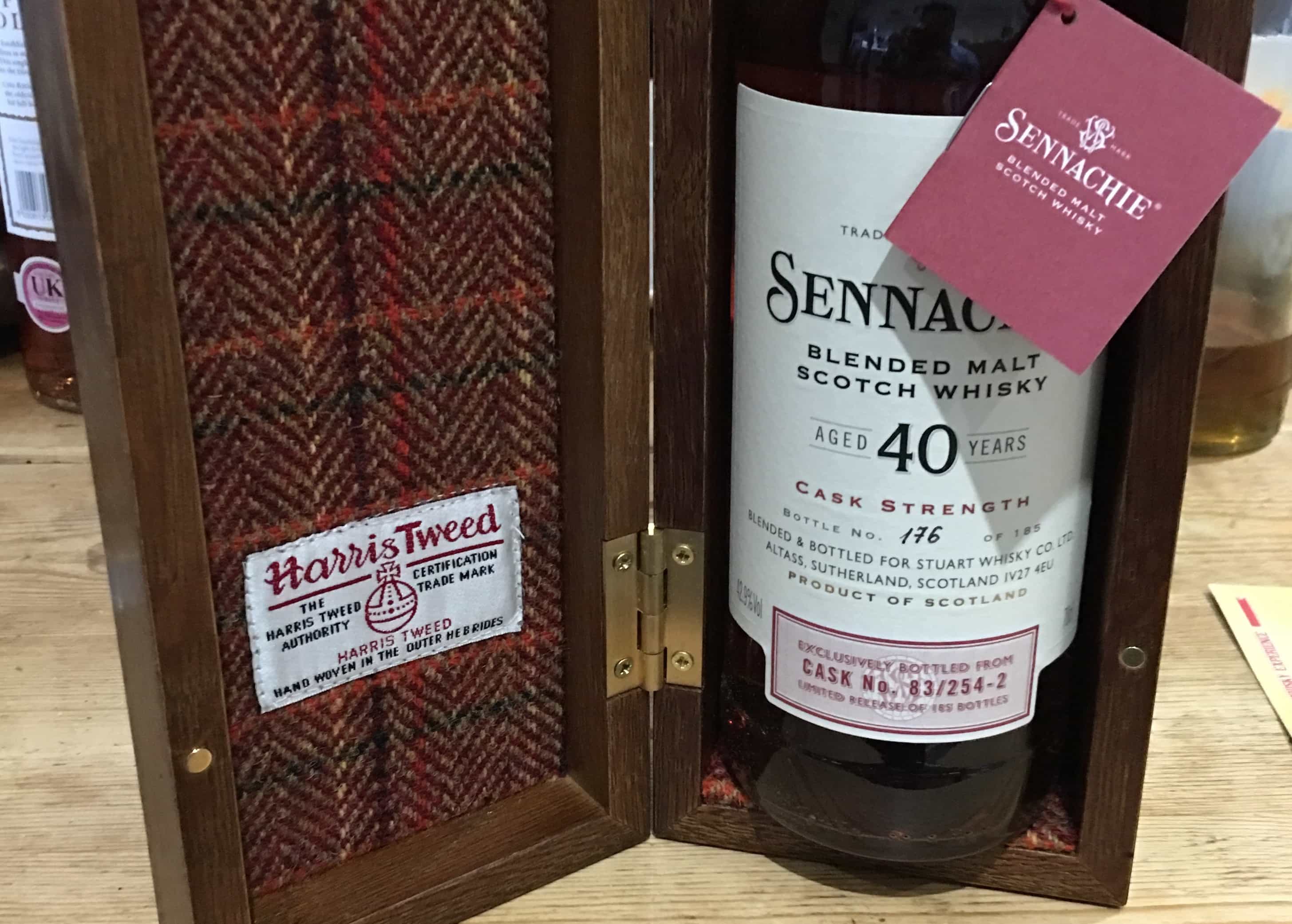