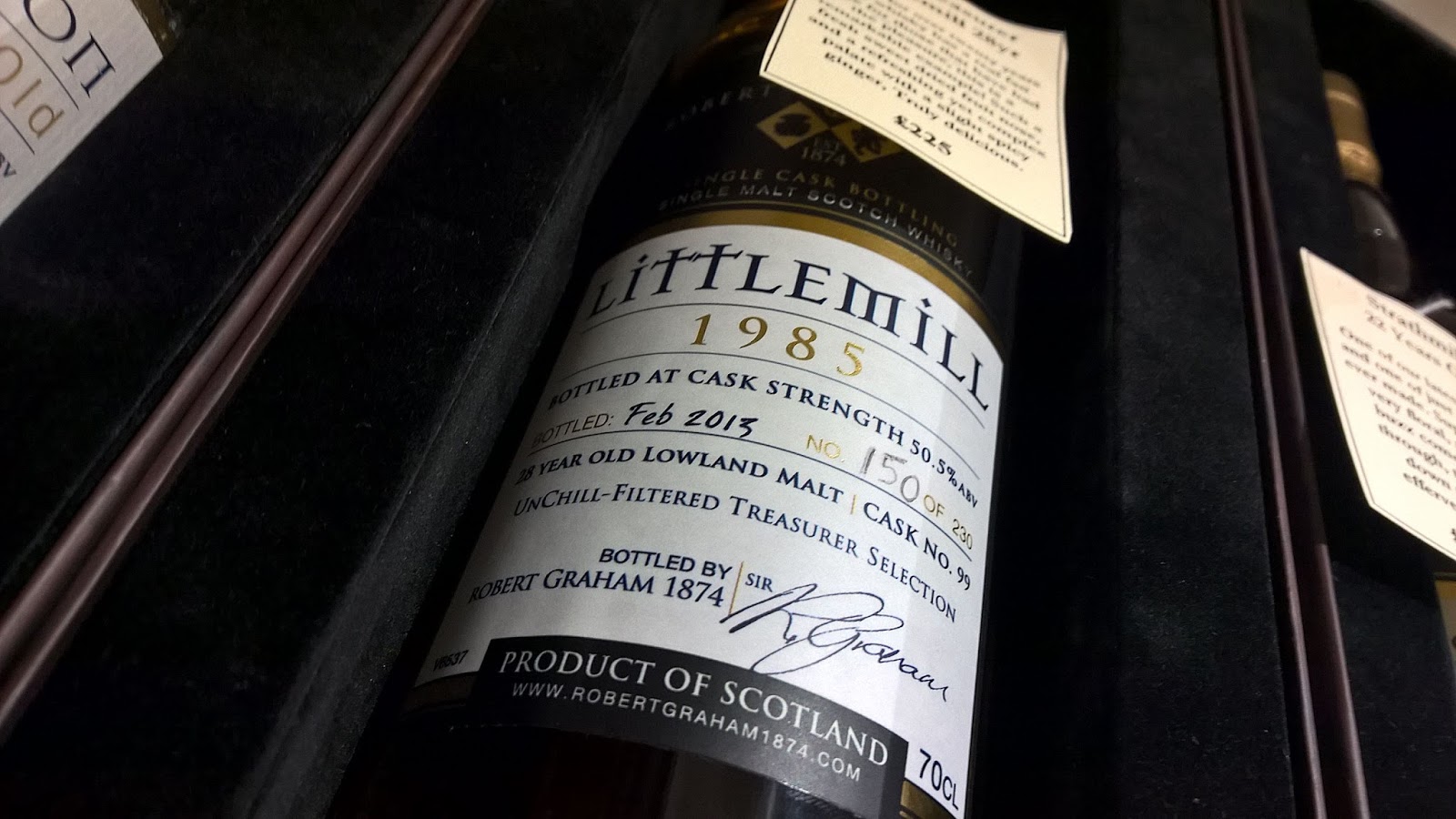 Arguably only now is Littlemill appreciated for what can offer as a whisky. Sadly it comes too late as the distillery no longer exists. When Littlemill was in production, the quality of its single malt was lets say was variable at best. This was a Lowland distillery with a long heritage of distilling brought to an end with closure, fire and demolition. Today Littlemill is no more except in bottle form.

Of all the Lowland distilleries Littlemill was perceived to be inferior to your Linlithgow or Rosebank whiskies. In recent years this has changed with casks being bottled that provide a more harmonious drinking experience given extended periods of maturation. Of all the Lowland distilleries Littlemill is also the most widely bottled with Cadenheads and Gordon & MacPhail becoming an almost annual source. By coincidence Cadenheads are due to bottle another Littlemill in November this year for £135 but it’s already gone on pre-allocation.

In 2015 the previous owners of the distillery married 10 casks from the 1989 and 1990 to create the most luxurious Littlemill to date. The Littlemill Private Cellar Edition could not live up to the price tag and it was an oddity being finished in 1st fill Oloroso sherry casks. After all that maturation and other releases showing vitality and promise in ex-bourbon cask, why the sherry finish? It did remove some of the distillery character and added an unnecessary gloss coating.

Thankfully we’re back on ex-bourbon cask territory with this Treasurer’s Selection which for those unaware is the premium bottling from independent retailer Robert Graham. I’ve enjoyed a couple of their releases of late including a 1998 Imperial, a 30 year old Invergordon and this Littlemill is bottled at cask strength (50.5%) in February 2013 with an outturn of 230 bottles. From cask number 99, its unchill filtered and will set you back £225 here, which is entirely reasonable given the current interest around all closed distilleries. Yes, that pending Cadenhead bottling is cheaper but will be appearing at auction next month for around £250-£300.

Colour: rolled oats
Nose: honey and buttercups suggestive of a really fresh summer dram. A little lime zest and pineapple juice follows with raw pastry. Furniture polish is in the mix transcending into bronze and tinned golden syrup. With water green tea comes through and more of the wood of the cask.
Taste: very interesting as its restrained rather than punchy. More of the classic Lowland juicy fruits with peaches, pineapple, coconut, kiwi and mango. With water a new dimension appears with added sweetness, black pepper, vanilla and buttered drop scones.

Overall: not in the class of the Cadenhead Littlemill’s but I suspect they must have acquired a considerable amount of casks and literally struck gold. This Treasurer’s Selection is a decent offering – much better than the official bottlings – with enough depth and complexity to prompt the question why is Littlemill no more? A drop of liquid Scottish history.

This sample was purchased as part of a bottle share.