Ah, we’re faced with another Caol Ila introduction and the conundrum of how to tackle this popular Islay distillery. The easy option would be to regurgitate a series of details regarding its interesting history but in hindsight this special bottling by Gordon & MacPhail is a celebration, representing the first exclusive release from the Carnegie Whisky Cellars.

A recent arrival to Dornoch, this whisky specialist – ok they do gin and vodka as well but I forgive them – forms part of the redeveloped Carnegie Court House in the centre of the town. The aim is to become a leading bespoke retailer in the Highland region of whisky. It’s an ideal location on the High Street for the stream of tourists that descend on the town throughout the year. Just a few steps away you have the frankly superb Dornoch Castle Whisky Bar with its range of desirable whiskies at affordable prices. Should I even mention the Dornoch Distillery just around the corner?

It seems Dornoch is booming and whisky plays a central theme in this upsurge. I had visited the Cellars earlier this year purchasing an excellent 2001 refill sherry cask Clynelish, which was appreciated by everyone I shared it with. Returning north once again for the Dornoch Whisky Festival, presented me with the opportunity to experience this first exclusive bottling as part of the Independent Bottling Master Class. Hosted in the marvellous tasting room that originally for over 200 years was the storage area for the local court records it was a marvellous way to kick off your Saturday morning. There is a specific master class article online summing up the experience, but I felt this celebrationary dram deserved its own specific review, hence here we are. 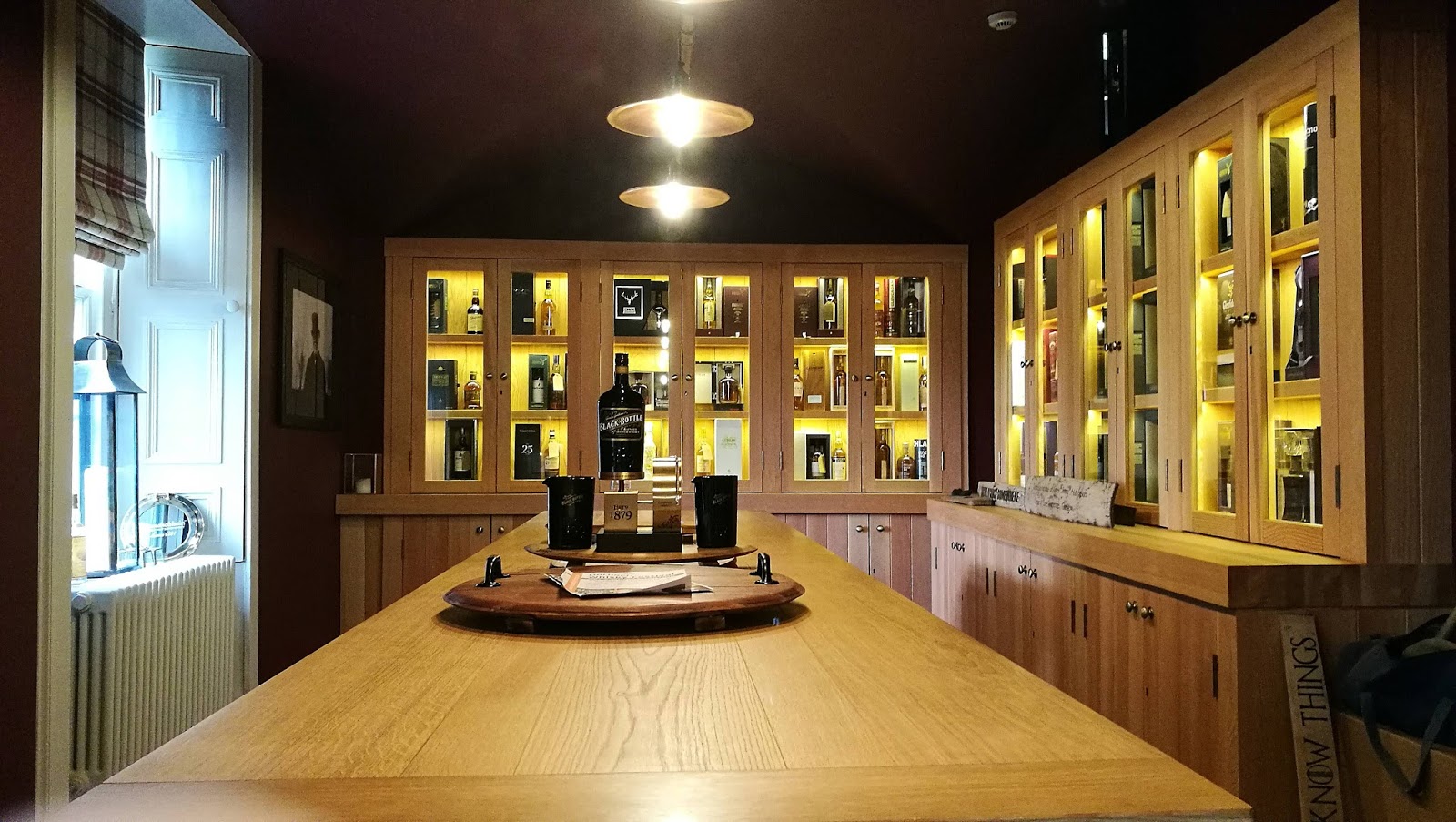 The last Caol Ila I reviewed in all likelihood was the 2016 Feils Ile edition and in all honesty I felt it was a little rough and undignified. It may have tarnished the reputation of the distillery a little but there was no sizeable dent in its prognosis, as I know Billy Stitchell and his team have delivered some marvellous bottlings over the years. This Caol Ila has been bottled by Gordon & MacPhail and was distilled in 2005. Bottled literally this month, from cask number 301490 at a strength of 51.3%. The refill sherry hogshead produced just 118 bottles. It’ll set you back around £65 which is an attractive price on paper

Facts and figures done time for the review.

Colour: crystallised ginger
In the nose: immediately its a sugar rush with that old school classic Cola Cubes. Then muscovado sugar with the earthiness of coffee beans. A fleeting hint of kippers? Washed away with a fine black breakfast tea blend. Speaking of breakfast we have bacon fat, a splash of bovril and kindling that takes us into the vegetative peat. With water blackberries and raspberries branch out from the foliage with liquorice and dark chocolate.
In the mouth: all-spice and cloves reach from the moss. An expired matchstick and blackcurrant jam. With water its a honey richness with cracked black pepper and more liquorice flavours. Beef stock and a pungent treacle take us to the finish of a malted loaf.

Alot here for your hard earned pound that is decreasing in value. An engaging nose with just enough Islay peat and sherry cask on the palate. Young, playful and brash, its a thumbs up from me.

Thanks to the team at the Carnegie Whisky Cellars for the sample.
57.87907-4.028026
CategoriesSingle Malt
Tags
caol ilacarnegie whisky cellarsgordon & macphail

You’re spoilt for choice when visiting the Dornoch for distilleries to explore. In this region there are so many temptations across the distillery shops, but..