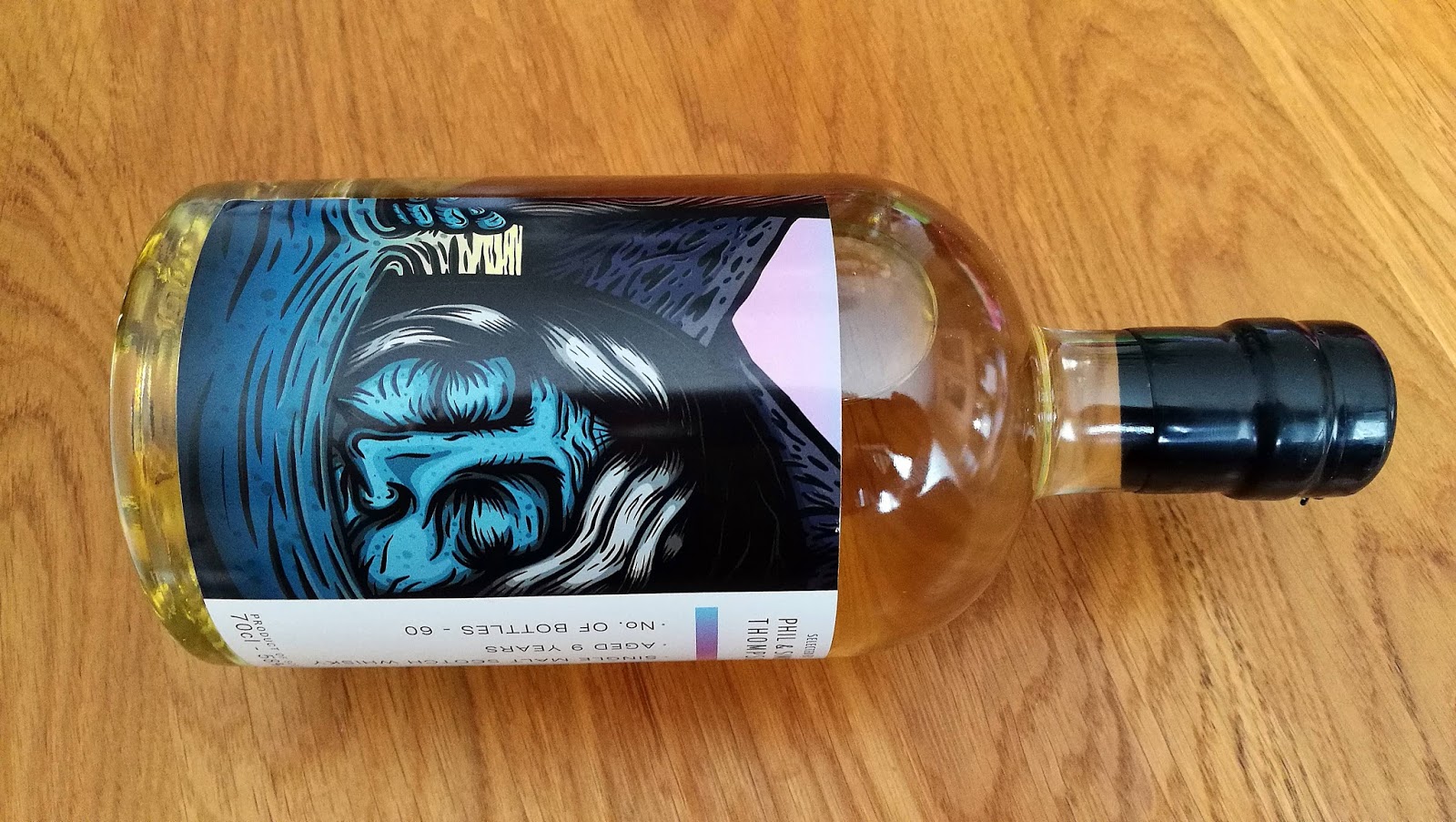 Only the other week I wrote an introduction for Ledaig and now I’m faced with another potential review except this one lacks the familiar luscious Scotch Malt Whisky green silhouette. Instead its another release from the guys behind the Dornoch Castle Whisky Bar and forthcoming Dornoch Distillery.

Both self proclaimed whisky geeks, they’re on a good run of form with the bottlings they release at the Castle adorned with these distinctive labels. I’m playing catch-up with their releases following the debut with an excellent 43 year old Invergordon followed by that 20 year old Arran bottling. I’ve also got some rums to try and then I should be bang on point with everything so far.

Whenever I talk with independent bottlers of a smaller scale just starting up, the most prized possession they have are contacts when it comes to casks. A couple I know guard this knowledge like buried treasure and yet spend an awfully long time trying to source casks from the most unlikely of places. For the Dornoch team their bottlings with the exception of the initial Invergordon have all been a hundred bottles or less. The combination of knowing whisky and bottling only what they appreciate with a distinctive artistic style (thanks to Katie Guthrie) is leading to a consistent sell-out.

This 2007 Ledaig was bottled at 9 years of age and a decent 58% strength resulting in just 60 bottles. I outlined in the 42.29 SMWS Ledaig review why this distillery is on the up and is a reliable alternative to Islay peat without the premium pricing. This particular bottling would set you back £65 and it didn’t hang around for long. I’m not a fan of the dumpy style of bottling size used on this one but the label based on Cailleach Bheur is captivating.

According to Scottish folklore the Cailleach was a blue tinted witch who summoned the harsh arrival of winter. Her touch would freeze the ground and she protected the animals from these conditions. Various stories are told but this particular Cailleach is associated with Loch Ba on the Isle of Mull, which is home to Tobermory distillery and therefore Ledaig; hence the label. It’s a freshwater loch situated in central Mull that was originally a volcano and is now about 3 miles long and a mile inland. 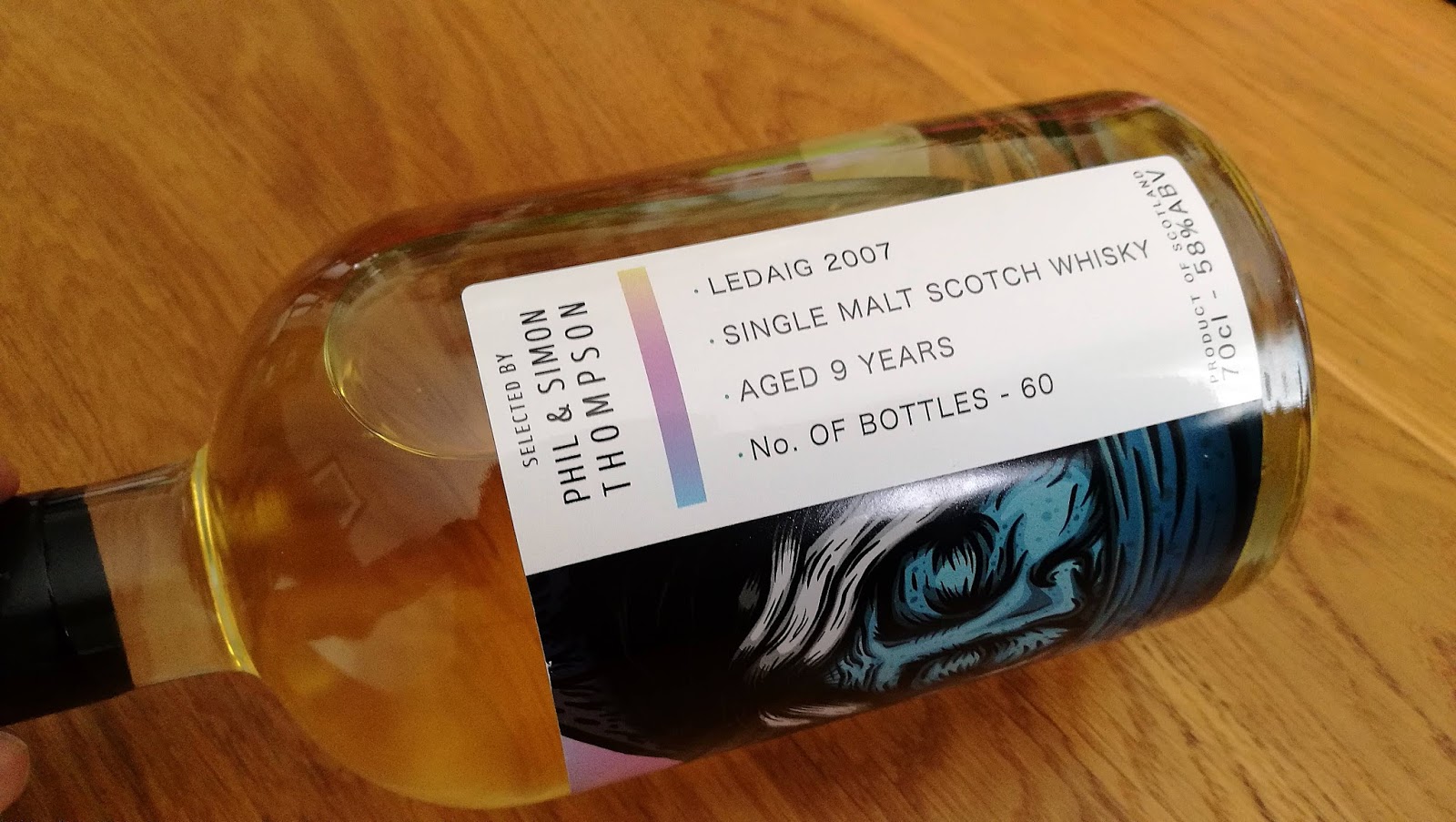 Legend tells us that near Loch Ba was a fountain of youth that the Cailleach would frequent. To ensure her survival and youth she would have to drink the water before a bird tasted water or a dog was heard to bark, by doing this should could survive and then slowly depreciate into the form of a hag. Then she would have to return to the fountain once again to drink from its waters.

Unfortunately her last visit was symbolised by the barking of a shepherd’s dog. The Cailleach was doomed and slowly crumbled into dust never to be seen again. Another version of the story exists and Pagan Portals by Rachel Paterson compiles all these tales from across Scotland. Some are far fetched but remain entertaining and always involve Loch’s or open water. Interestingly the Corryvreckan Whirlpool popularised by Ardbeg in whisky terms is another associated with the Cailleach, who supposedly was doing her washing..

Enough of these ancient tales, we’re here for the whisky so does this one plummet to the chilly dark depths of winter or rise above and deliver?

Colour: a light bamboo
Nose: a candy floss infused sweet peat with a coastal salty spray. Pineapple cubes, tablet and lime zest with a mint freshness. I never considered a smoky salted caramel sauce until now. It’s not a hugely layered nose but nicely balanced and offers enough.
Taste: moving beyond the peat and touch of smoke its crispy bacon with an hint of menthol, then lemon. A very enjoyable oily texture with a metallic tinned golden syrup and ash.

Overall: another very good selection. This young Ledaig has a punctual profile and ticks the necessary peat boxes. It’s an improvement over the Scotch Malt Whisky Society 42.29 Marvellous maritime margaritas that I also enjoyed. Currently it seems you just cannot go wrong with releases from Ledaig.