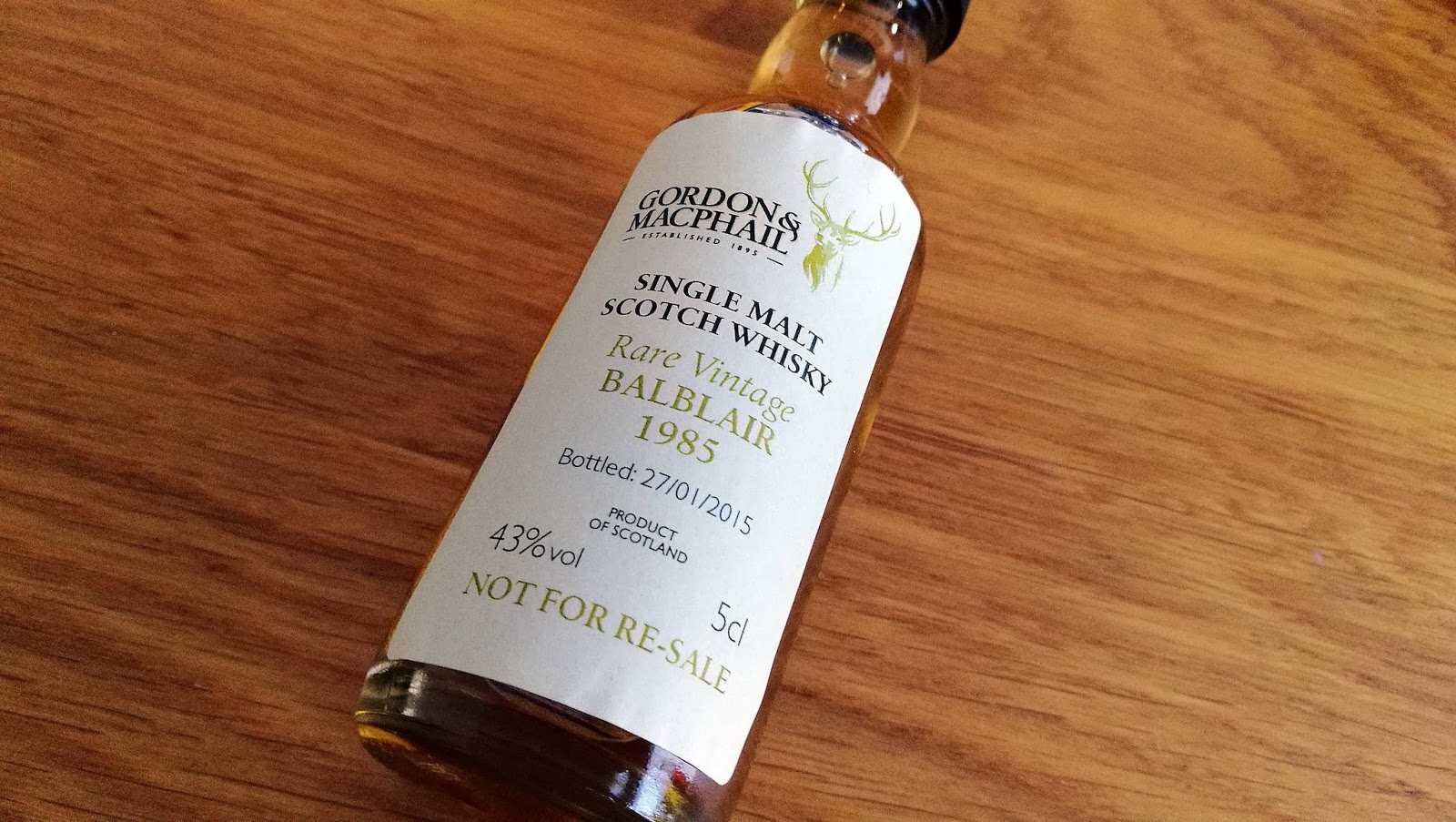 Balblair is one of my favourite distilleries currently in operation today for simply producing good whisky without any frills or marketing flannel. It keep things simple and consistently releases tasty whisky at affordable prices.

Visiting the distillery today, you cannot help but feel that you’re stepping back in time as it is relatively unspoilt compared to other distilleries in the area. Balblair may be a new distillery to some whisky drinkers, but its a very old producer harking back to the 1790’s, or potentially 1749 depending on who you believe. This makes it one of Scotland’s oldest distilleries when it was founded by James McKeddy in 1790 before John Ross takes over.

The name Ross is synonymous with the history of the distillery and today’s workforce which contains a handful with the surname. Situated on the outskirts of the village of Edderton, this outpost was known locally as the Parish of Peat due to the abundance of the material. This would have played a part in the production of whisky during its early days as the main source of fuel. In the 1870’s the distillery was expanded to take advantage of the nearby Highland train line, which would have granted access to Glasgow and beyond.

When Alfred Barnard visited Balblair in the mid 1880’s as part of his epic voyage to discover the Whisky Distilleries of the United Kingdom, he describes the improvements with the main undercurrent being making use of natural forces. By removing the Maltings, Mashing, and Distilling Buildings higher up the slope of the hill, in order to get the benefit of gravitation in the working distillery and the old buildings at the bottom of the hill were then converted into Bonded Warehouses. It’s a fairly short and precise description from Barnard who at times was capable of extravagant flourishes of detail. However it seems he did not seem overly excited by what he found at the distillery during his visit. 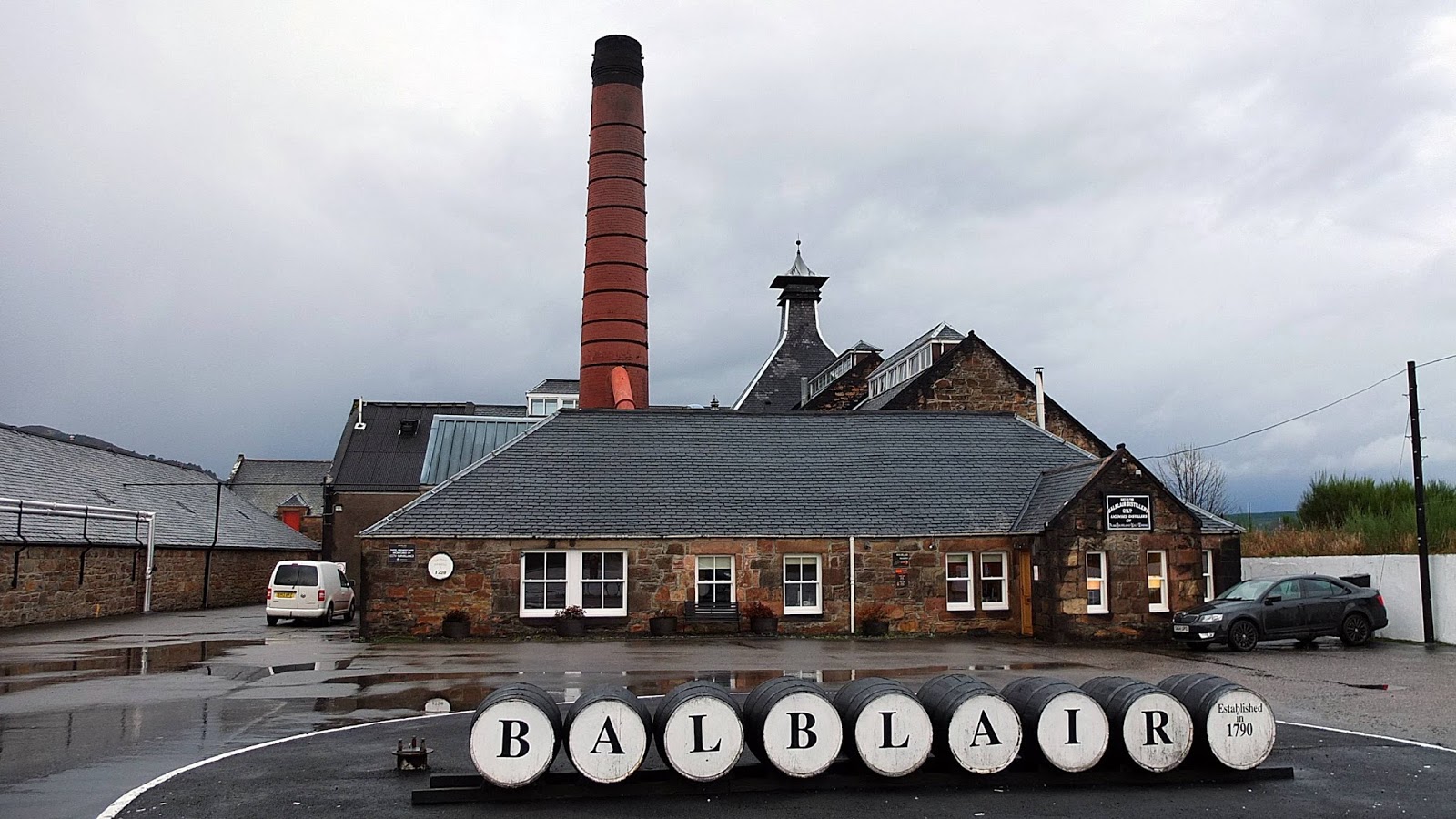 The distillery was closed from 1915 until 1947, when it changed owners shortly afterwards. The Canadian owners set about increasing the number of stills from two to three and this remains the case today. Quite often only two are used and once when I visited several years ago you could clearly see that the third still was laying idle. It remains a fantastic distillery to visit and tour with an excellent selection of whiskies including their own bottle-your-own option.

I was very fortunate to participate in a recent Tweet Tasting event from Gordon & MacPhail and organised by The Whisky Wire. The focus of the online event was the classic Rare Vintage range from one of Scotland’s classic bottlers. The event comprised of five marvellous whiskies that I had to force myself to sit down with and explore. Just now you’re reading one of these drams but if you’re interested in what other whiskies were served up that evening then do checkout the gateway article to a treasure trove of matured whiskies.

This particular Balblair was distilled on 14th January 1985 and bottled on 27th January 2015 at a youthful 30 years of age. This came from a combination of two refill bourbon barrels (numbers 245 and 246), resulting in an unspecified outturn at 43% strength and would have set you back just under £200. How does it stand today amongst such fine contemporaries? There’s only one way to find out…

Colour: a rich golden honey
Nose: initially I’m drawn to the ginger actually smashed ginger nut biscuits and corn flakes. It’s a lovingly sweet but balanced nose with vanilla, wine gums and Highland heather. These intermingle with a diluted orange marmalade, barley sweets, rose petals, juicy apples and a brass rubbing. At the rear a hint of smoke and talcum powder.
Taste: being served at 43% doesn’t limit this whisky at all. A rich seam of vanilla punctuated with honey and caramel. Hazelnuts, pears and juicy apples once more. Amidst all this a note of UHU glue from my childhood, ok bananas then, but you know what I mean.

Overall: I suspect that I’ve had this whisky before but today it seems richer and more layered. Coming across much like an old style whisky with the spirit and wood in harmony. It oozes refinement and class making it a joyous Balblair. Finally something worth remembering from the 1980’s.

Balblair is the in-law’s local distillery and has been enjoying a resurgence of late thanks to some excellent whiskies. It’s great to see as the..