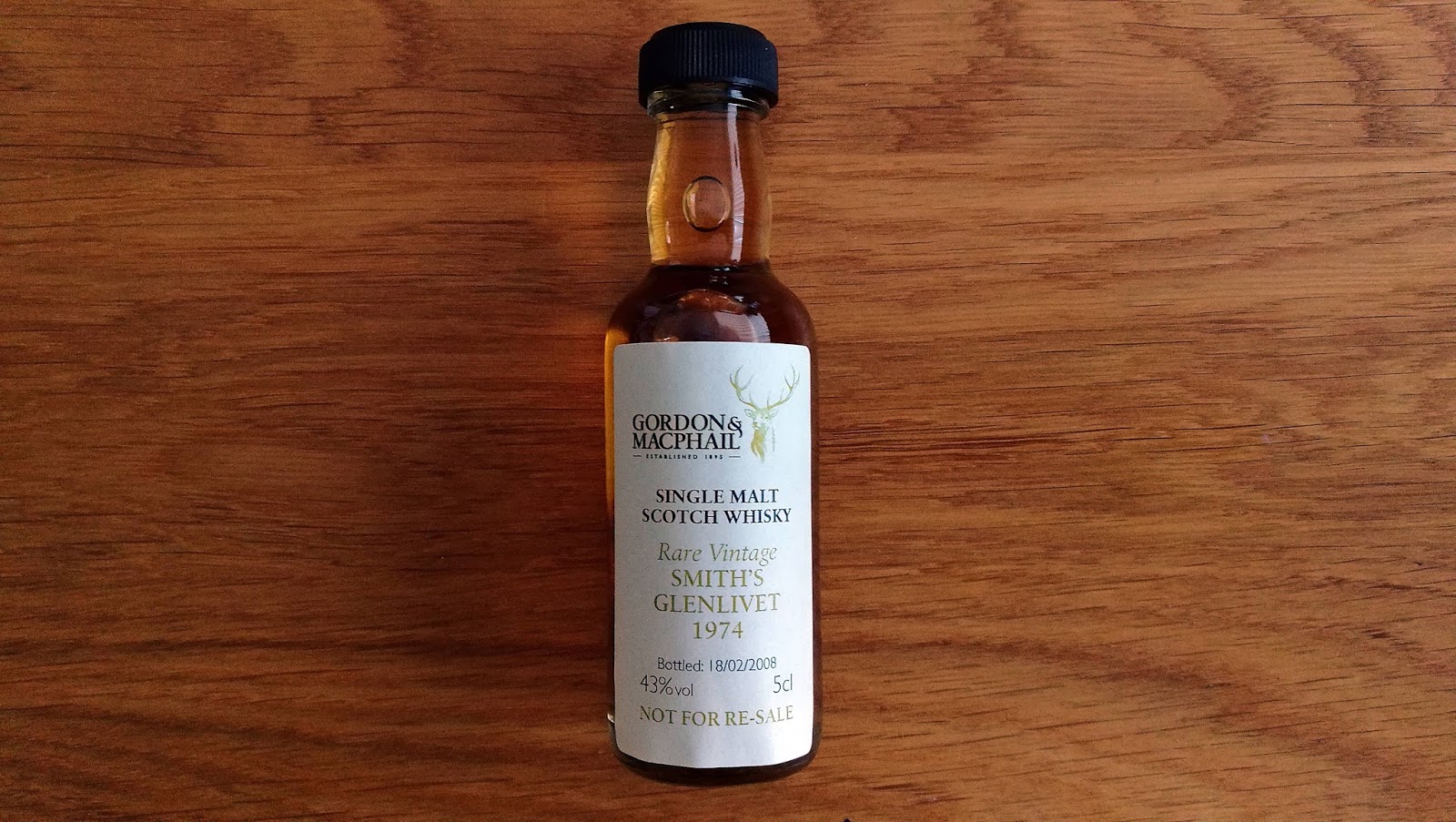 For such a huge selling whisky today, arguably the biggest single malt out there depending on which chart you subscribe to. Very few enthusiasts talk about Glenlivet and its whiskies in their current guise.

You can debate whether any rough edges have been sanded down and extra levels of character washed away in pursuit of production output and efficiency. The sheer scale of the distillery today is impressive. It’s a Death Star in size and an annual output of over 10 million litres. When #thetormore4 stayed on Speyside at Tormore distillery earlier this year, we would have to pass the sign directing us to towards Glenlivet almost every time we decided to leave the comfort of our cottage.

Not once did we feel tempted to turn off and take a detour up to the distillery; even as a joke it did not seem funny or a destination that warranted visiting. Glenlivet more than any other major producer out there nowadays is a cold, frosty and unwelcoming whisky that nowadays only exists to be served in tumblers with comments such as smooth or benign bounded around with little effort. Personally I think this is a great pity as Glenlivet does possess a marvellous history and for the limited palate of their whiskies today, they do tend to keep prices on the side of reasonable.

One of my aims here at Whisky Rover in 2017 is to find a Glenlivet that I can really appreciate and recommend to you. The distillery won’t be alone as I put Balvenie into this category as well. However this particular Glenlivet I’m sitting with just now is something rather special and from a bygone period.

I was very fortunate to participate in a recent Tweet Tasting event from Gordon & MacPhail and organised by The Whisky Wire. The focus of the online event was the classic Rare Vintage range from one of Scotland’s classic bottlers. The event comprised of five marvellous whiskies that I had to force myself to sit down with and explore. Just now you’re reading one of these drams, but if you’re interested in what other whiskies were served up that evening then do checkout the gateway article to a treasure trove of matured whiskies.

When faced with such an older malt, I find it worthwhile to put the era into context when this was distilled and dismiss the distillery as we know it today. That way I can truly appreciate what I am experiencing and the impact of any changes over the decades from the production process and as computerisation and yields took a firmer grip on a distillery such as Glenlivet. 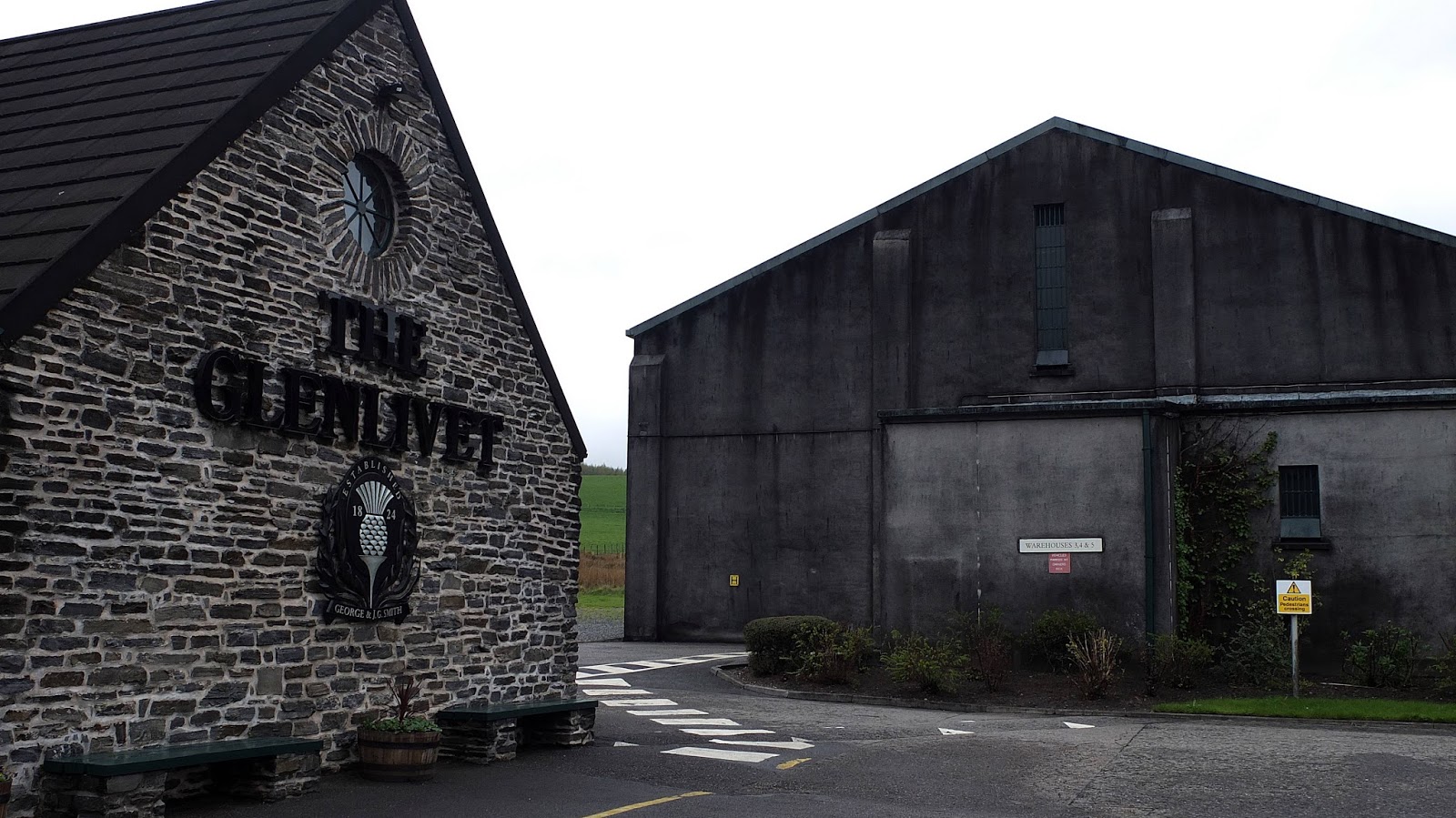 The roots of Glenlivet start in 1817 when George Smith inherits Upper Drummin, which was a farm distillery engaged in illicit distilling for many years prior. Having visited Glenlivet on a couple of occasions, its a tremendously evocative setting with the rugged scenery and sense of time standing still. You can still imagine why a farm distillery would be successful here far from the prying eyes of the customs and excise representatives. However in 1823 the Excise Act is introduced into law and several illicit distillers go legit. George Smith is one of these founding fathers who had the vision and courage to change their ways. I’ve written about these entrepreneurs recently when discussing Cardhu distillery when reviewing a 1980’s bottling. Other distilleries amongst that initial foray we can recognise today include Mortlach and Macallan.

George it seems was on the lookout for a better site for his distillery and in 1858 he purchases Minimore farm and is granted permission to build a distillery upon its land. He closes the couple of farm distilleries that he owns (Upper Drummin and Cairngorm), and moves the existing equipment to the new site which is subsequently named the Glenlivet distillery. The eagle-eyed amongst you will be questioning the established 1824 that is shown on some of the current Glenlivet bottlings. This is the accepted date that George became legal at Drummin farm, but not of course when Glenlivet was truly established.

This is just a feature of the marketing age we live in today. Part of the reasoning is that whiskies from this early period were just called Glenlivet due to their location. This resulted in legal action in 1881, and several distilleries were able to continue using the Glenlivet name but only as a hyphened addition. It’s almost died out today with distilleries relying on their original name and wanting to avoid confusion in this age of branding. Cadenheads when bottling whiskies may often resort to using the hyphened Glenlivet as tradition demands so it has some legs left even today.

When Alfred Barnard visited the site during his 1880’s voyage around the Scottish distilleries, a sketch shows several bonded warehouses stretching out across a field, where a herd of cows graze. Barnard confirms the popularity of its whisky referring to it as Smith’s Glenlivet and how it has become a household name for whisky in several countries. Having extended the distillery in 1859, its output increased to 200,000 gallons with around 50 men employed and housed on the site with room for their families.

From its humble beginnings, Glenlivet has enjoyed tremendous success that continues to this very day. Thinking of 1974 when this whisky was distilled, sadly the floor maltings closed in 1966. Apart from this, there are few scant details about changes at the distillery in the public domain.

Distilled in 1974 before being bottled on 18th February 2008, at 33 years of age. This Glenlivet is a combination of three sherry hogsheads (numbered 8401, 13837, 13838) resulting in an outturn of 726 bottles at 43% strength. I love the retro distillery label style of these Glenlivet releases with the lion sitting proudly above the date. It’s a classic bottling that would have set you back around £400 upon release and one we’re about to experience.

Colour: a well loved conker
Nose: a rich arrival with toffee and roasted chestnuts. Some sweetness with tablet and tangerines moving into a dark chocolate presence with spent tobacco remnants.
Taste: it’s dense and lingering on the palate. A quality street assortment of spices with black pepper, cardamom, cinnamon and all-spice. A fine dark chocolate provides some bitterness that transmits into the finish with vanilla and black treacle. Prior to this are subtle influences from the trio of sherry casks with oranges, prunes and tobacco swirling in a heady concoction.

Overall: a very confident whisky, granted a prolonged period of time in sherry casks has resulted in a refined experience. This isn’t a bold or demanding whisky. Rather it’s one everyone can appreciate as you peel away the layers and debate why Glenlivet official releases are a world away today.

I’ll take the Glenlivet please. That’s not something you hear too often in whisky shops across Scotland, never mind from your humble Whisky Rover. Funnily..

There are some whiskies that are very popular and dominate the sales charts. These seemingly are worshiped in some quarters especially Stateside and consistently appear..