Inverleven distillery is one of those rare distilleries within a distillery, so you’ll often see it referred to as part of the enormous Dumbarton complex that was established in 1938. The plant was mainly for grain production but did feature additional stills to produce malt whisky for blending requirements.

One of these stills was a Lomond type and whilst these have fallen out of fashion across the industry, you may see the odd bottling from the Dumbarton plant bottled as a Lomond thanks to an independent bottler. Then in a separate still house sat a conventional still which produced malt whisky known as Inverleven. This is what we have here today thanks to the bottling from Gordon & MacPhail. Many enthusiasts want to experience a whisky from a closed distillery and it becomes murky ground when you then descend into the realm of separate stills on an existing site.

Other examples include Craigduff which was an experimental peated whisky produced at Glen Keith although it was initially felt to be Strathisla. Then real rarities such as Killyloch and Glen Flagler (both produced at Garnheath) or Kinclaith that existed within the Strathclyde grain complex. There are other entries but for the connoisseur, the debate is whether your quest wishes to reach such extremities?

Personally, I always find it stimulating and thought provoking to sit down with a whisky from any closed distillery. It is liquid history. You can appreciate perhaps why the distillery is no more (see Pittyvaich), or the folly of closing down such an excellent producer such as Brora. There are reasons beyond merely the liquid but it helps to give you some context at least. 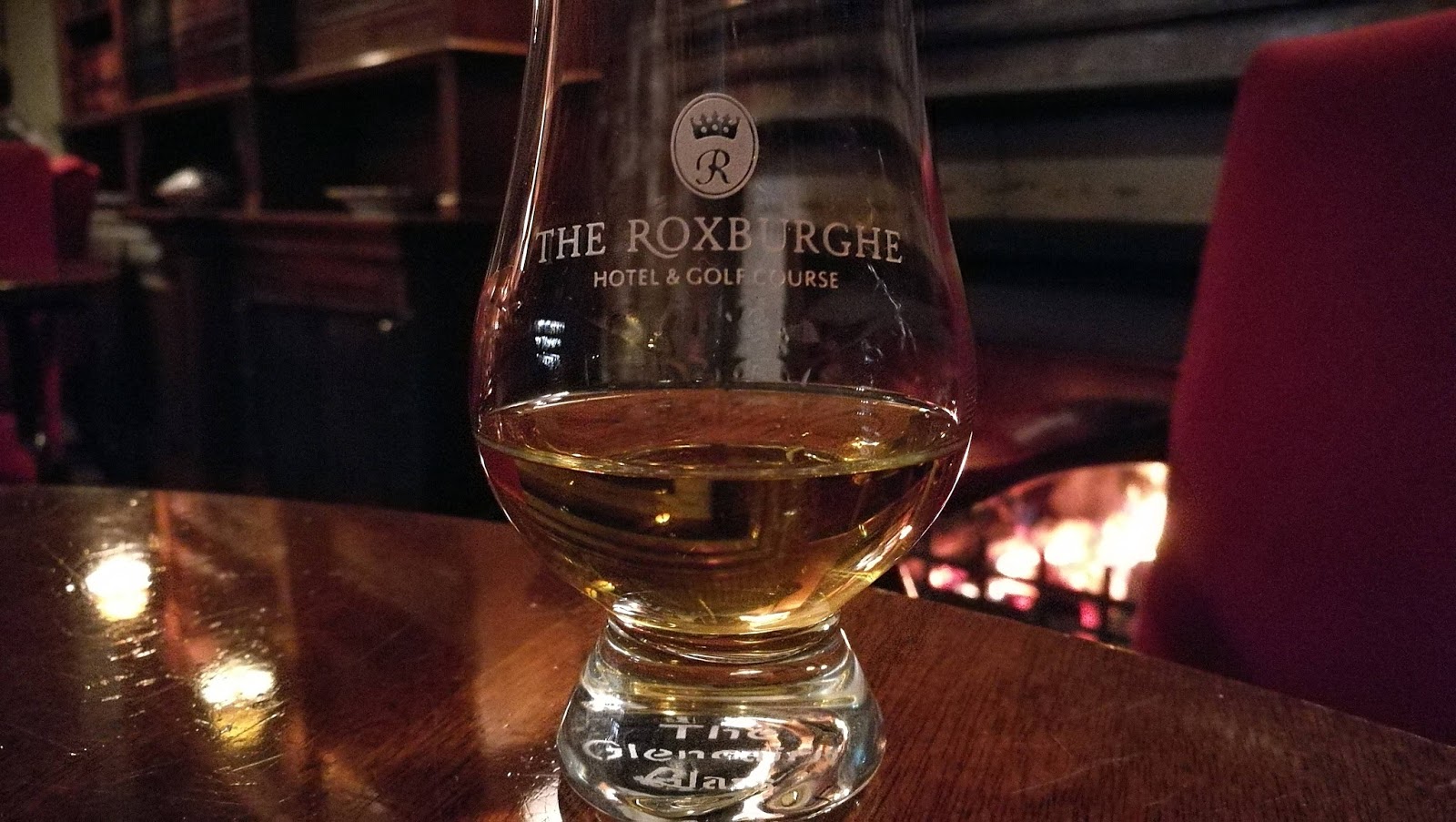 I’ve had a couple of bottlings from Gordon & MacPhail concerning Inverleven and they can be quite variable at times. This one is bottled at 18 or 19 years of age is one of the better examples despite being 40% alcohol strength. I stumbled across this bottling at the Roxburghe Hotel in Kelso, which had a decent selection of whiskies with some lofty price tags. Still, when I’m on a short break with a little time to myself, I like nothing better than sitting down with a whisky beside a raging open fire and delving into its delights.

On the nose: first up its stewed apples and caramel. There’s a nutty aspect with cinnamon carrying through at the rear. Plenty of vanilla with a fudge sweetness and raisins.

In the mouth: more of those apples and a creamy aspect. Dark chocolate with ginger and a freshly baked shortbread. Caramel makes a return and marshmallows carry more of that vanilla through into the finish.

The best Inverleven I’ve had to date with plenty of character. It’s not a massive or powerful malt but has an arrival and body with plenty of balance. You can see why it was developed for blending and given time should earn some of the spotlight as a single malt.