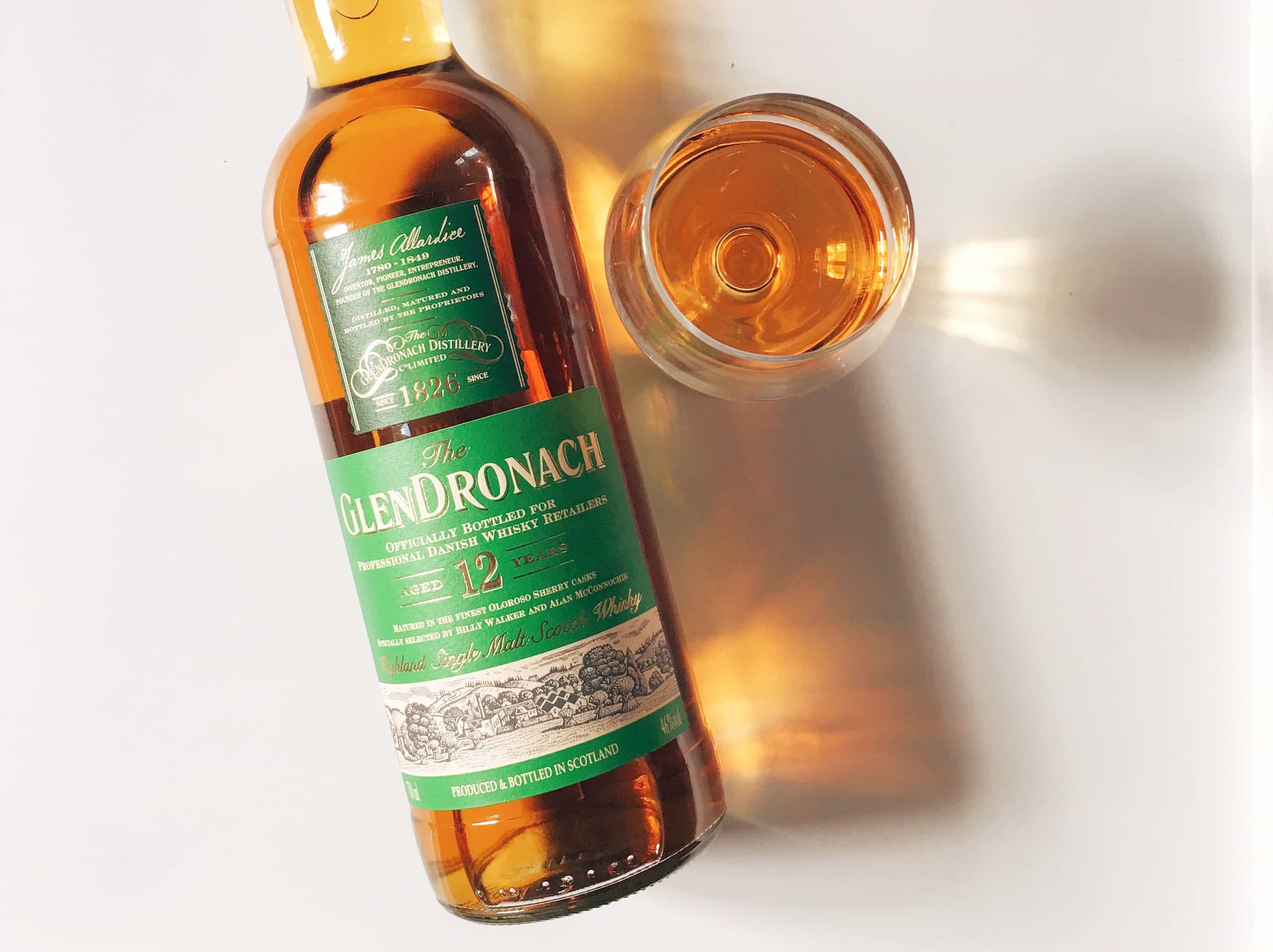 If you are one of two people on the planet who has not seen a Star Wars film, then this may well be lost on you. How would you even begin to say what a lightsabre is, why people carry them in a fictional future (and, indeed, why they are more logically effective than lasers), let alone what a Master Jedi was – and what the hell was an Ewok?

But for those of you who do know what all of those things are, you’ll be very aware that Master Yoda carried a green lightsabre. And the colour of that lightsabre has helped to lend an affectionate nickname to this GlenDronach 12 Year Old, which has been bottled for Danish retailers, because of its bright green label. (There’s also a Vader bottling in black, and a new Master Luke bottling in blue.)

GlenDronach has a (wonderful) habit of releasing whiskies for both retailers and countries, disgorging an mind-boggling array of bottlings onto the market. It means for people like me, who have amassed about a dozen bottlings from this distillery and stashed them away, there are so many more for me to keep adding to my collection. Easy pickings. It also makes it highly improbably that anyone on the plant, even crazy-rich collectors, will ever have a complete set. There must be a thousand random GlenDronachs out there. I bet not even the distillery has kept track.

Anyway, GlenDronach 12 Year Old ‘Yoda’ edition for Danish retailers cost me £70-80 or thereabouts. I’d probably now be thoroughly shafted on the exchange rate, thanks to Brexit, but you can still see them going for similar prices at UK auctions if you’re lucky. It’s bottled at 46% ABV. 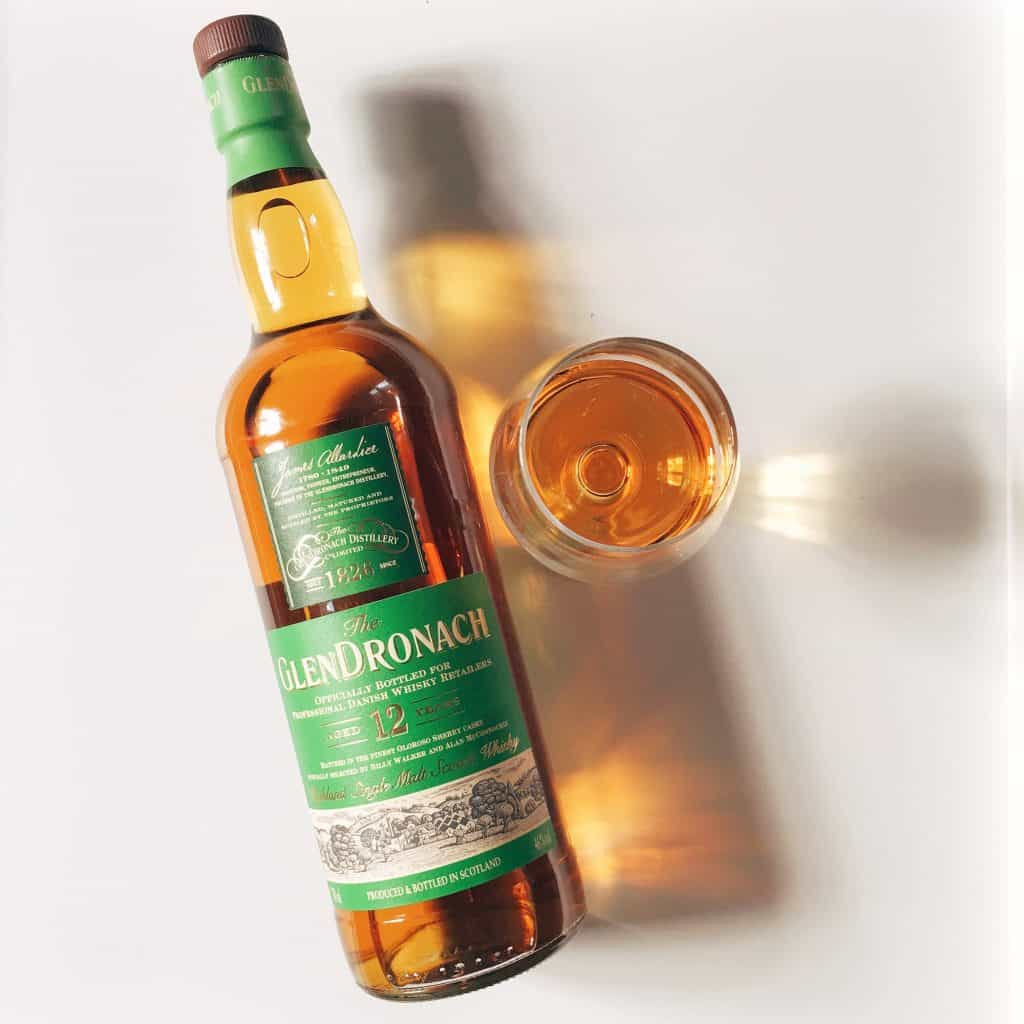 Nose: this is a whisky that needs a lot of time to open up, but eventually it becomes charming. Marzipan, ground almonds, and almost herbal with a touch of fennel. Very warming nutmeg. Orange marmalade. Dried apricots. Citrus notes – quite zesty, almost. Mixed peel. A little bit of solvent. All feels unusual (not bad, just different) for a GlenDronach.

In the mouth: A very nice viscous texture. Almonds. Blood oranges. Sultanas. Turkish delight, though not as sweet. Sultanas. Blackberries. Elderberries. Just veering to the acidic with lingering grapefruit and woody note on the finish.

Conclusions: It’s a bit like the whisky equivalent of the missionary position. So I wouldn’t say it’s exciting, but there’s just enough going on, and the texture just brings everything together in a nice way, to make this a decent everyday dram. It’s particularly good for the autumn/winter months, and an excellent dram to accompany salty fish or even cheddar. There is definitely a place for this on my shelf.

Probably not worth the £70-80 you’d expect to pay (well, probably £400 now because of Brexit), but if, like me, you’re a GlenDronach fan then it’s worth adding to your collection for a change, and the chance to form a tenuous link between Scotch whisky and Star Wars.

Ah GlenDronach, you can feel the love oozing out from some quarters can’t you? Yet from these dark recesses of sherry-ville, I also feel a.. 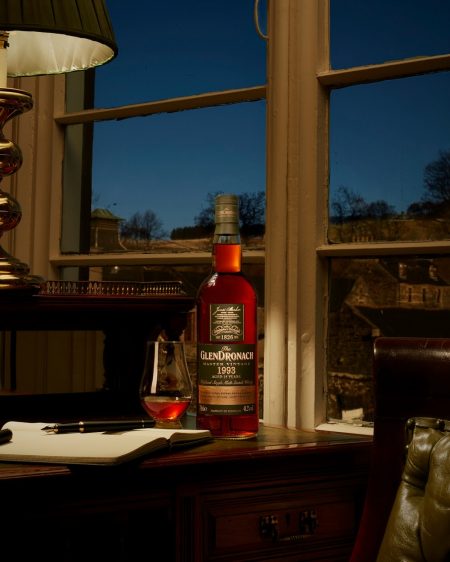