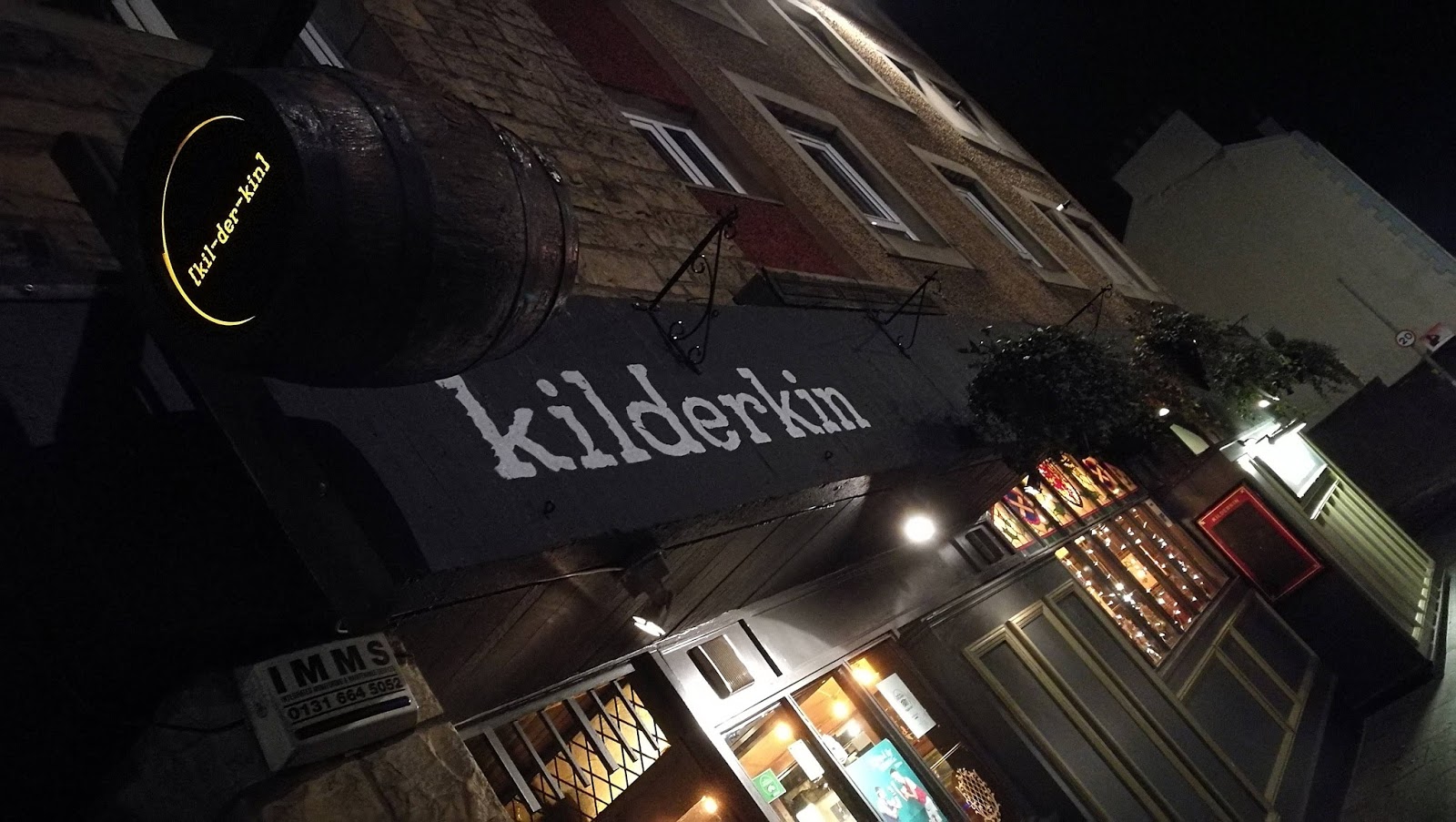 A decidedly frosty evening in Scotland’s capital city heralded the arrival of another Jolly Toper tasting. Held in the thankfully warm – both in terms of welcome and temperature – setting of the Kilkderkin on the Royal Mile, the event was another sell-out.
I’ve talked about what makes these tastings so enjoyable and prompts regular attendances from locals and those further afield. The regular attendees have a great affection for the actual experience and the host himself. Rather than go over old ground again, go and check out my October tasting write-up.
For visitors to the capital I’d recommend trying to go along if you’re interested in whisky or just want to experience a rather unscripted Scottish whisky tasting with a group of characters. However do book in advance as you’ll soon discover the hard way that no one can tackle the formidable arsenal of affordability, knowledge and widespread whiskies that Mark can deploy with ease. Is that enough for a discount?
I tend to arrive early for these evenings as it’s a chance to catch up with Mark and also sample one of the excellent pizza’s the Kilkderkin offers. For the record this evening I tried the Frankie Goes to Holyrood (Haggis and mozzarella) for £7.95, and the ticket price for the tasting was just £22. That my friends might not even pay for a single dram of reasonable interest in some rather plush bars nearby.
Defrosted and suitably fed, it was time for the tasting itself. As always you’re guaranteed 5 whiskies and a debate on their characteristics accompanied by some facts regarding the distillery or bottler. This evening as we were guaranteed a closed distillery; ok it’s Caperdonich so not exactly premier class but nevertheless it is no more. A sherry cask from the overly rated Benriach and a Caol Ila wine cask of all things from independent bottler Hepburn’s Choice. Plus the promise of a mystery 25 year old whisky and a McKenzie’s De Luxe blended Scotch from Burn Stewart. Not bad on paper eh? 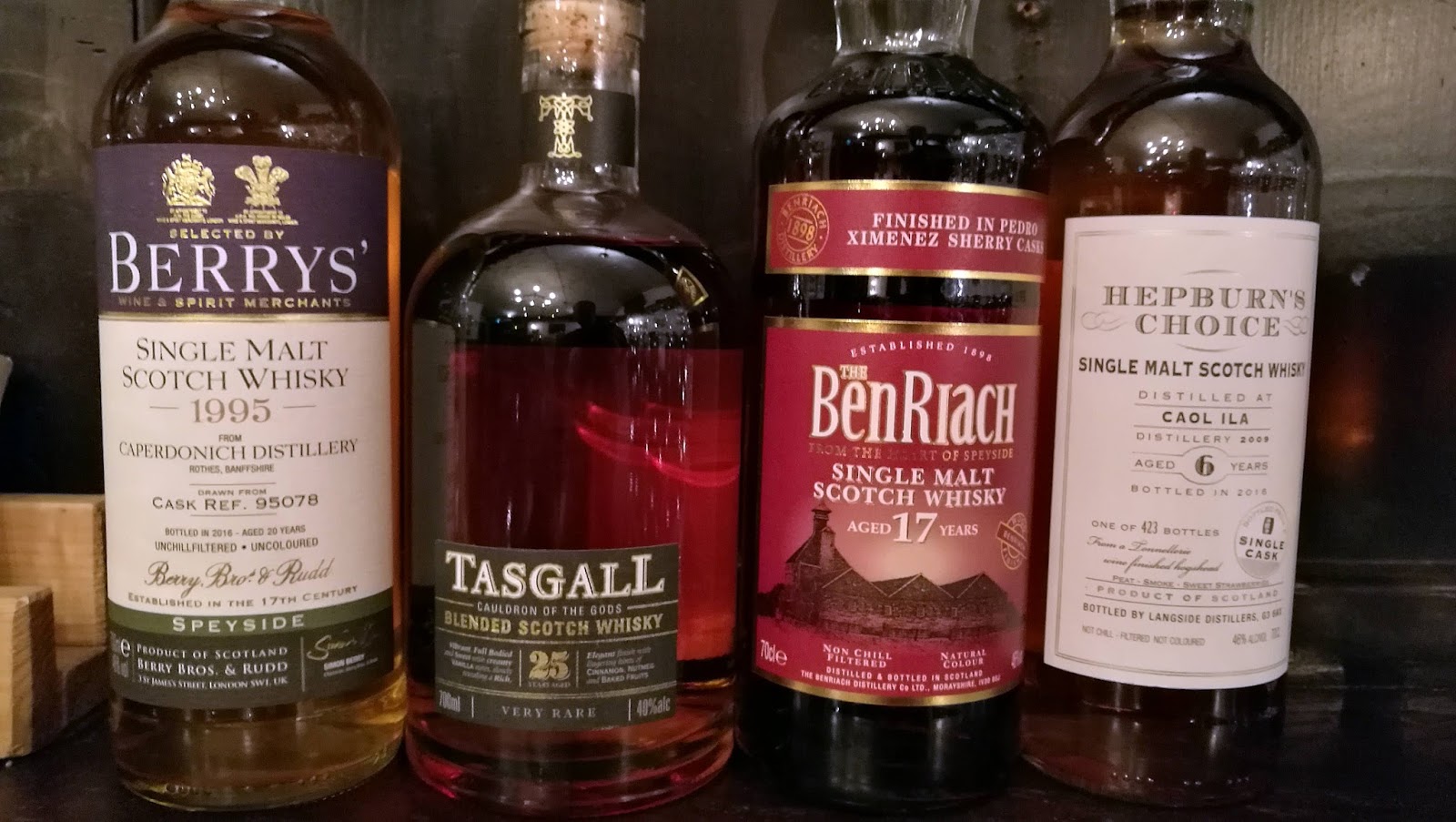 See that’s the thing about these Toper tastings it’s all about the whisky rather than someone pretending to a brand, consultant or expert. You can spot these types normally covered in Tweed, sporting a checked shirt assisted by a suitable bearded growth and brogues. Potentially you could have a full house if they also sport turn ups and deploy the soft handshake.   Many of the attendees have been drinking whisky for decades – some arguably don’t stop during the daytime either – and will impart their knowledge, wisdom and the odd sample as the evening unfolds whether you like it or not.
Caperdonich 1995 20 years old
Bottled by Berry Brothers & Rudd, bottled at 46%, cask 95078
Colour: a sandy beach
Nose: fresh arrival with apples, pears and a touch of mint. An element of sawdust and sandpaper in here as well. Certainly lemon with melon as well plus a cheesy cheddar note. With water vanilla meringues became evident.
Taste: a combination of biscuits with lemon and honey. More of the vanilla with a buttery texture and pineapples. Water brought out boiled sweets, juicy fruits and a hint of ash.
Overall: bottled earlier this year, this isn’t as punchy or peppery as some Caperdonich’s I’ve experienced. In this guise its a more mellow Speysider making it an ideal opener but far from the main event.
Tasgall 25 year old blended Scotch whisky
An Asda exclusive bottled at 40%, chill filtered and no way its natural colour
Colour: a hint of rose
Nose: a herbal element with red berries and a syrup sugary feel. Then chocolate with honey and oranges, caramel, fudge and toffee apples. Just does enough on the nose.
Taste: I’ve scribbled down malty and there was certainly a rubbery element that some of the crowd suggested was sulphur. I felt it was on the safe side of caution but appreciate some are more sensitive to this feature. Cranberries and caramel with a little vanilla and a selection of bar nuts.
Overall: this one went down reasonably well with the crowd when the price of £40 was considered. Tasgall is exclusive to Asda and is created by the boffins at White & Mackay. So it has that Paterson varnish. It’s also available as a 30 year old expression. This experience has me inclined to check out its older sibling. Last time I was in Asda’s this range had £10 off otherwise this 25 year old would set you back £50.
McKenzie’s De Luxe
Bottled by Burn Stewart at 40%
Colour: light honey
Nose: juicy white grapes with a little coffee and toasted bread. Coconut water mixed with a little honey and aniseed. A mellow toffee and brazil nuts round off an inoffensive and relaxed presentation.
Taste: initially its a concoction of icing sugar, honey and toffee. A real nutty last gasp before a gently sweeping finish of chocolate and a hint of pepper. It screams old on the palate because its a bygone era. Not force-fed by the wood and that sense of time integrates into the liquid itself. Vanilla yes its there, but in the mix alongside lemon and wood chippings.
Overall: more my sort of thing, general consensus was this was a 1970’s bottling trying to look older. A brand once owned by Burn Stewart & Company Limited when they focused purely on a variety of blends in the marketplace with most passing into history. 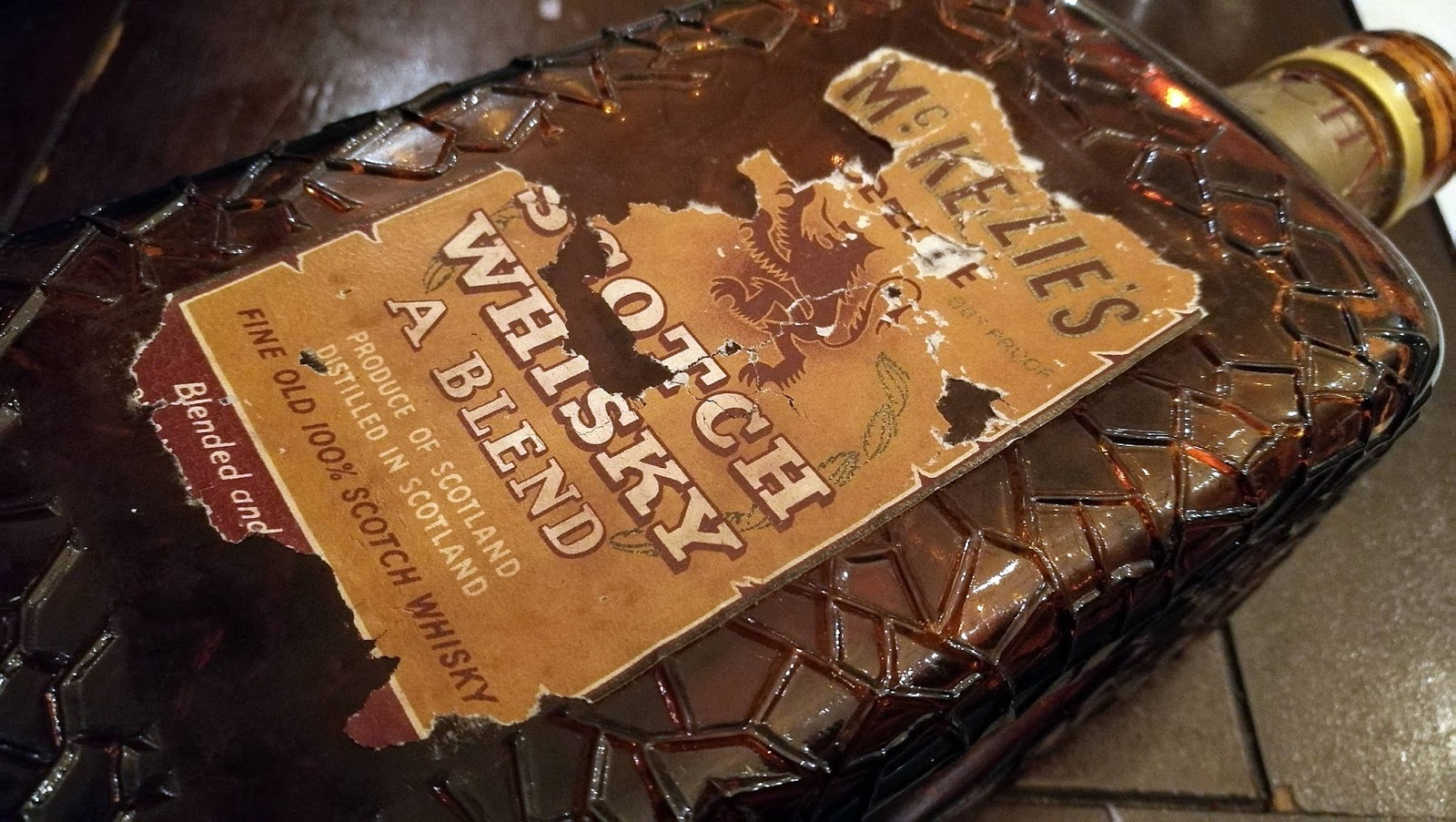 BenRiach 17 year old Pedro Ximinez
Bottled at 46%, natural colour, no chill filtered, cost around £75
Colour: cherrywood
Nose: a thrust of alcohol and then rubber with beeswax. Traditional sherry aromas with dark chocolate, raisins, brass rubbings, ovaltine and mocha. With water its nearly destroyed leaving caramel.
Taste: a burnt element to proceedings with more chocolate and a floral note. Raisins, chocolate and stewed fruits. Water isn’t recommended removed most of the character.
Overall: at our table this was the worst dram of the evening. An average spirit pumped up with a cask finish making it all dubious. Sparking more conversation about just how average BenRiach actually is. For the record I’ve never been a fan as my vertical tasting confirmed but the 12 year old sherry wood – note full maturation in a sherry cask – is far to superior this offering.
Caol Ila 2009 6 year old
Bottled by Hepburn’s Choice at 46% vol
A Tonnellerie wine finished hogshead, 423 bottles,  price around £55
Colour: this could pass for a French rose wine
Nose: the pungent arrival of Islay vegetative peat. Mint imperials follows with a sticky raspberry presence, syrup and candy floss.
Taste: oh this is just wrong. An initial burst of the peat is then cut short savagely by an unpleasant bitter wood and a paper mache onslaught. It’s a real clash of styles and the balance just isn’t there folks.
Overall: the nose isn’t too bad actually but upon tasting this is one of those finishing experiments that I used to associate Bruichladdich and Arran with. Best avoided.

Another tasting over and done with. As you can appreciate it is a real rollercoaster at times but for £22 you’re guaranteed 5 whiskies that stimulate the conversation. Best whisky of the evening? Well, apart from the Tormore 10 year old Pure Malt I dished out a couple of times at the table (to universal praise) it would have to be the McKenzie’s followed by the Tasgall. Go blends!
55.95222-3.1770599
CategoriesUncategorised

The Jolly Toper whisky tastings are a regular Edinburgh event and a must experience for any visitor to the capital. Having attended these on an..

A dreich evening in Edinburgh heralded the return to a Jolly Toper tasting. I’ve been especially poor attending this year for a variety of reasons..