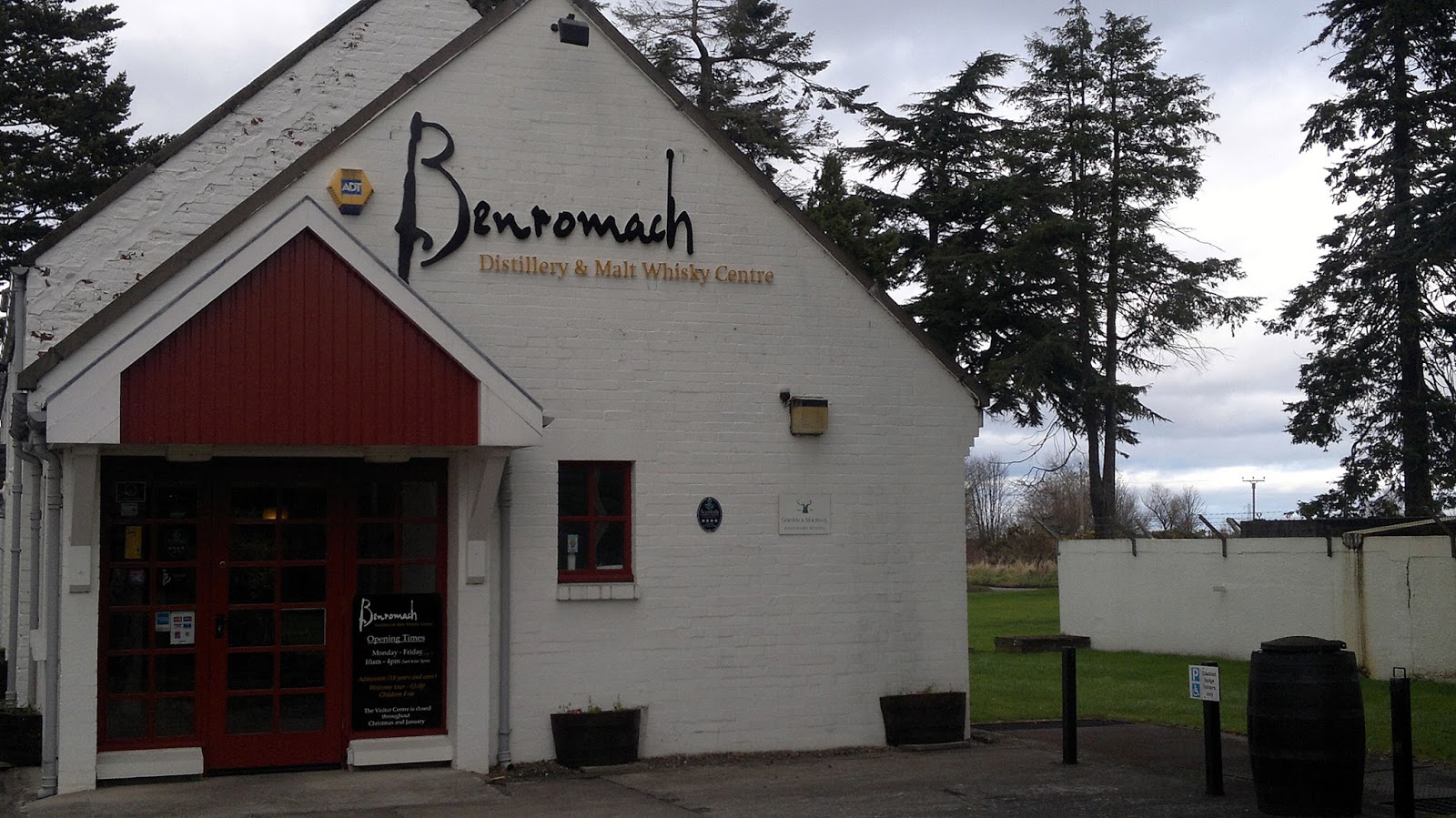 I always have time for Benromach who really have released some excellent whiskies of late. I’m a big fan of their 10 year old and they continue to keep pricing realistic compared to other rival distilleries. I haven’t been at the distillery for a couple of years now but hopefully the photographs here give you a sense of what its like; I’ll be back soon enough.

Benromach distillery was revived by independent bottling powerhouse Gordon & MacPhail in 1998. Located near Forres in Morayshire, the distillery was closed in 1983 but unlike other closures from this period remained mostly unharmed whilst Glen Mhor and Glen Albyn in Inverness were demolished to make way for expansion. Purchased by Gordon & MacPhail in 1993, this experienced company went about reviving the distillery in the right way. Knowing when Benromach produced its best whisky they instigated changes to replicate this period alongside a core belief that you just cannot rush a good whisky.

It’s the pre-1960’s Speyside whisky style Benromach is now aiming for and you can read more about this ethic here. If you’ve never had the experience of sitting down with a whisky from this era then please do so if you can. It’s all about harmony with the spirit, its production and the cask. Nowadays whisky is far too engineered and wood-driven that it lacks the complexity of this bygone era. You’d be mistaken for thinking maturation and ageing is the most important feature but that’s not necessarily the case. I’ve been fortunate to taste whiskies of 5, 8 and 10 years old from this period that just offer a richness and tapestry of character sadly lacking in today’s bottlings that may have sat in the cask for longer periods.

Smoke is an important feature in my humble opinion as it can act as a seasoning within the whisky itself. Nowadays smoke is associated with the huge formidable Islay whiskies, but it can be far more subtle and dynamic at lower levels complimenting other characteristics. It almost acts as a catalyst and a vessel to bring out the best in a whisky. Traditionally Benromach used a medium peated level of 12ppm and this is replicated today. There are special batches of unpeated malt and a heavily peated variant as the distillery is always trying new things including wood finishes. 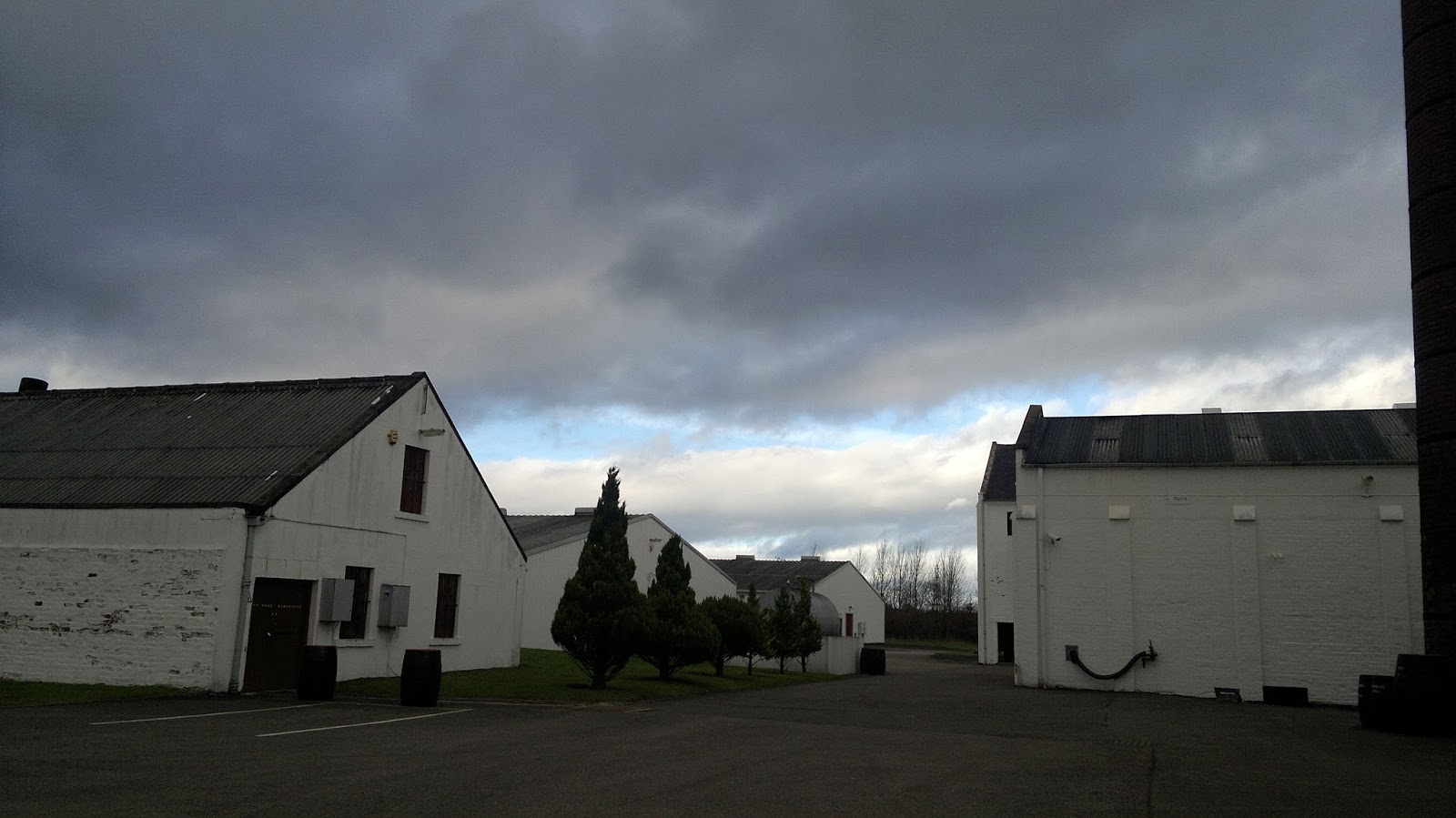 I was kindly given a sample of this 2000 Port Wood Finish by Tom of Tom’s Whisky Fame. It’s now been discontinued but you may be able to find a bottle sitting around somewhere if you look hard enough. It’s bottled at 45% strength having been distilled in 2000 and bottled in 2012. The first few years were spent in what I presume were ex-bourbon casks before a prolonged period of 8 years in Port Pipes from the Douro Valley, which is situated in Northern Portugal. You can read what Tom thought about this whisky right here and for now lets jump into my tasting notes…

Colour: a fantastic amber array
Nose: an initial rush of sweetness with red berries and golden syrup with that hefty tin influence. It smells sticky as well may I add. Some marzipan, well worn leather and coffee bean notes.
Taste: that sweetness carries through onto the palate. There’s a nutty aspect with hazelnuts and some ginger loaf. A clutch of strawberries and cranberries. Dark chocolate that brings back memories of a Black Forest Gateau with cream and cherries. An elastic band presence to some degree with a cola cube finish.

Overall: it’s harsh to label this as a finish given its waited 8 years in a port pipe whereas the Glenfiddich IPA was just 3 months in its second host. This move by Benromach has changed the whisky and created a sweet side that shows what a respectful period in another cask can deliver.

At this time of year Glen Moray has limited tours and nothing at the weekend, so we dropped by briefly before heading elsewhere; after all..