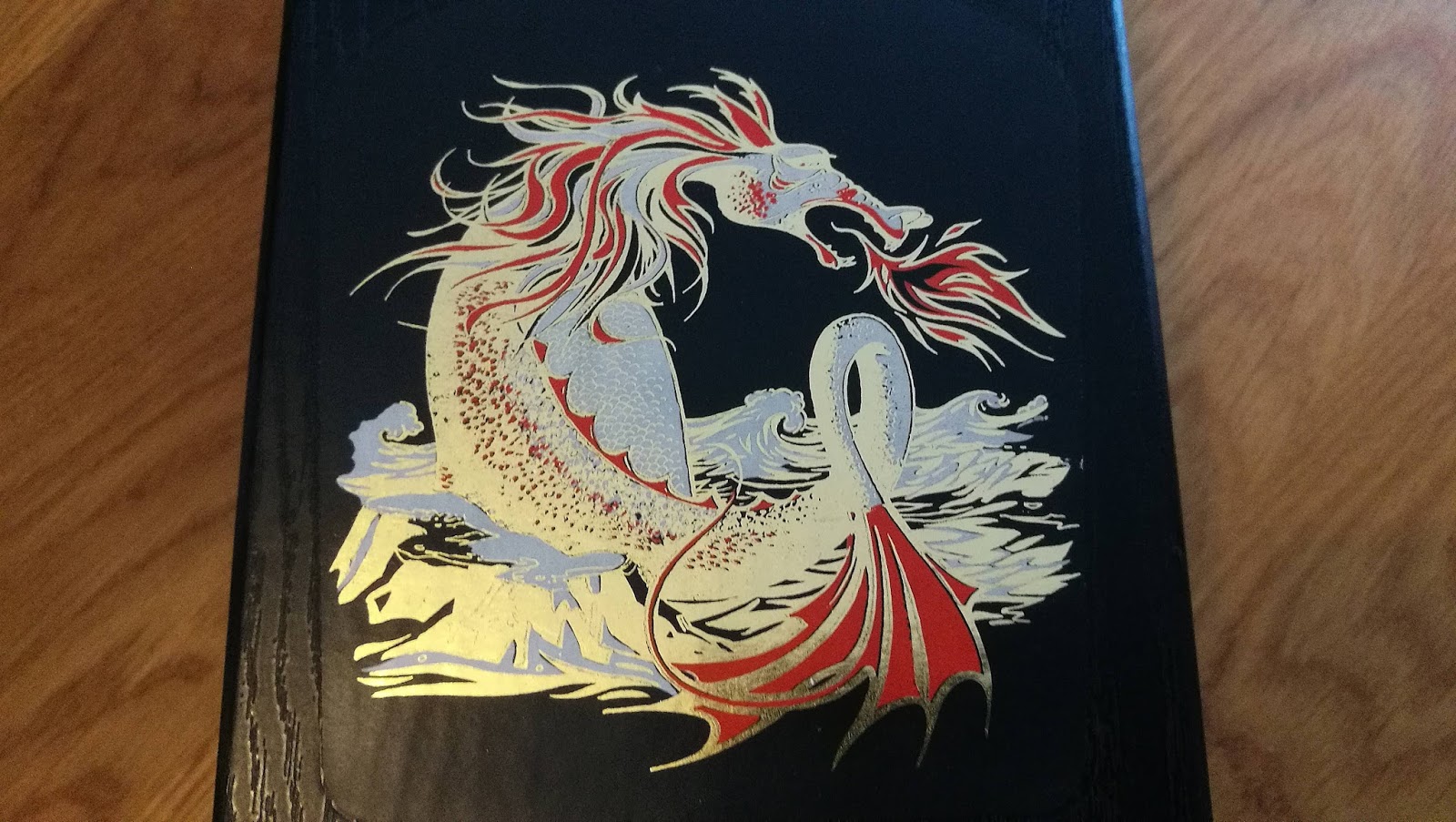 Generally nowadays if I’m asked what whiskies I would like to try on my dream list I just reply Tormore. Yes, its a lazy answer and one that requires very little effort on my part. The problem being there are many whiskies I do want to saviour and experience but in this modern age of investments you rarely see iconic bottles being opened.

There are discrepancies such as enthusiasts who do like to open and share their prized bottles. Then there are shows such as the forthcoming Whisky Exchange Glasgow event that allow enthusiasts to congregate with wallets at the ready.  Yes, I’m attending and I may see you there? I’ll have to start saving post-Christmas to fully appreciate what might be available from the vendors.

Generally many folk like to talk about the whisky fabric and I’ve made my thoughts clear on this previously. Treat folk exactly how you would like to be treated. So when the opportunity came up to acquire a bottle of the Bowmore 30 year old Sea Dragon I had to take advantage. I’m forever having my ear bent at certain tastings by the oldies that Bowmore is a shadow of its former self and where have the fruity aspects gone. Much like the chatter around Mortlach those days have gone now and we’re just left with the trophy bottles.

Modern improvements have certainly changed the characteristics of many distilleries and their whiskies. Whether this is for the better remains an ongoing debate that will never cease. This particular Bowmore has its roots in the classic 1960’s that spawned legendary bottlings such as the Black Bowmore and the final 50 year old edition.  One thing is for sure I’ll never get to try that bottle!

There from what I understand have been a handful of Bowmore Sea Dragons. This one as you can see is the stunning black ceramic version so potentially one of the earlier releases. On the bottom of the bottle is the number B230 and I’m not sure which one this correlates to but I suspect its either the 1996 or the 2003 edition, as the 2006 was intended for the Asian market according to the sterling research from Whisky Notes and this one is devoid of any Asian import labels or language. 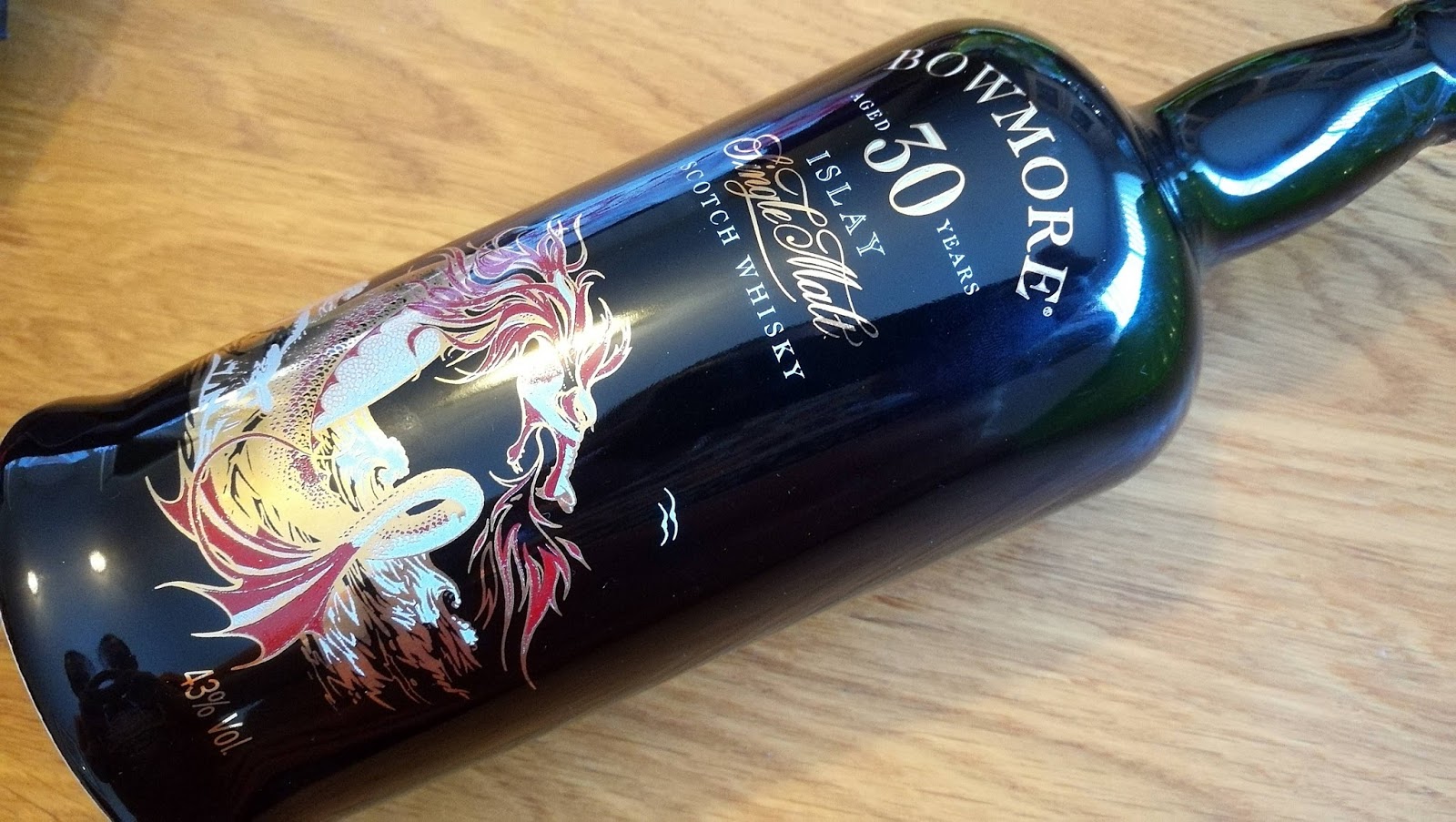 Colour: vivid gold
Nose: a really juicy peat with lashings of caramel and an old school feeling. I’m trying to shake off the bonfire or spent fireworks and there’s a touch of salt in the mix. Then green apples, kiwi fruit, orange peel, sherbet and some lemon. This Bowmore is aptly named.
Taste: a sooty undercurrent with vegetative notes and a powerful brooding nature. More lemon and citrus that I’ve heard of in these old Bowmore’s. A rich chocolate, vanilla and some gentle spices thrown in for good measure. The only downside is the weak finish.

Overall: well, I can cross this one off the list. It’s an experience and a Bowmore with presence and noticeable power even at 43% strength. It’s not a richly layered experience but what it possesses it demonstrates with authority. A real grower, I just wish I had more from the bottle but ensured a few more enthusiasts had the opportunity to try this legendary beast.

Hold on tight, yes we’re going back to Bowmore. Recently we’ve been spoiled with the classic Sea Dragon bottling and then with more trepidation I..

Ooh yes it is me Juliette Hearsay, official buyer for The Whisky Plop and now an aspiring Whisky Consultant. Fantastique. What a year 2016 has..