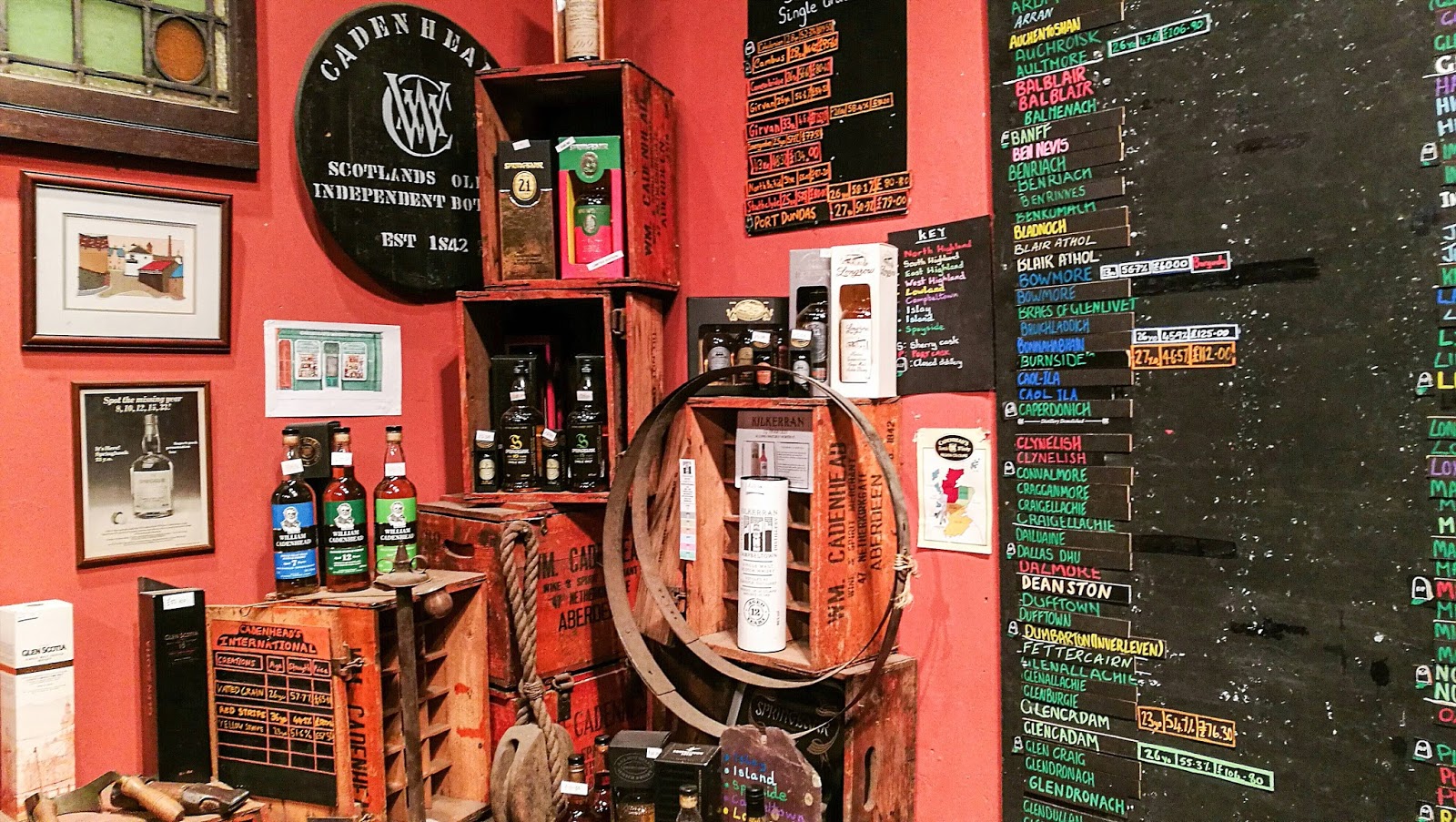 Finally here is the infamous Cadenhead Inchmurrin that for the last couple of years has been a cask end option for visitors to the distillery. For weary travellers it offered the opportunity to try something very rarely seen due to its elder statesman vintage at 40 and 41 years of age. As with most things in life all good casks have to bottled particularly when encroaching on the 40% strength minimum or verging on being empty and unsettling that balance with the host. Thus Cadenheads bottled this Inchmurrin at an incredible 42 years of age – I’ve never seen one older – and at 44.3% alcohol strength.
Just to give you an indication of how low this cask was after its maturation just 48 bottles were struck and these have since sold out at retail for around £200 each. Very low outturns from Cadenheads do appear and this might be due to the age or a damaged cask, or just mother nature doing something different. Earlier this year we had 1986 30 year old Jura that warranted just 66 bottles or several years ago a Dallas Dhu bottling that did not warrant any tasting notes or even a confirmed outturn as it was so low.
For a whisky enthusiast its especially tempting to try something exceptionally rare and the bonus of Cadenheads slapping their usual very affordable asking price on the bottle just adds to the demand. The auction flippers smell blood. If they can grab a bottle it’ll appear at an auction soon after; disappointing I know and we’ll play the game and watch the auctions out of interest. For the record I did have my name against a bottle and I also had the opportunity to purchase a sample share elsewhere, which I’ve done. This means if I really rate this whisky it’ll appear at a forthcoming Whisky Rover event to be held in Edinburgh during 2017 so watch this space. Note you’ll soon see I passed on the bottle.
Prior to this the oldest Inchmurrin I was aware of came from Gordon & MacPhail as part of their cask strength range. Arguably this is the most mature Inchmurrin we’ll ever see, or at least until Cadenheads do it again and that’s part of the mystery. Do Cadenheads even know what they’re doing next?
Of course I’ve been stating Inchmurrin during this article thereby following the label, but its more commonly known as Loch Lomond distillery. It’s a chameleon of a distillery operating under a variety of names and utilising a trio of different style types compromising of a column still for grain, two traditional pot stills and then rarely seen Lomond stills that can adapt their outline to influence the style of whisky created. This whisky when it was distilled in 1974 was almost at the very beginning of Loch Lomond’s existence, having been established in 1966.
Loch Lomond is a bit of a renegade as last time I checked it wasn’t a member of the Scotch Malt Whisky Association and has clashed with the men in suits on various issues including a spat in 2008 over proposed legislation. More power to them I say, the SWA isn’t on my Christmas card list.
Colour: sanded pine wood
Nose: apples and caramel with a real malty vibe. Vanilla cream, apricots and floral light Parma Violet note. A little beeswax and caramel rounds off an understated experience.
Taste: unusual in many respects it doesn’t necessarily grab you with an aged exterior. A little liquorice, wine gums, vanilla, balsa wood and marzipan. Returning again there’s apples a little soap on the finish,
Overall: this is one of those whisky experiences you appreciate but don’t necessarily want to repeat. It’s not a bad whisky by any stretch of the imagination but its not one that sat well with me. It lacks the definition and confidence I’d be expecting from something of this age.
55.9924509-4.5766675
CategoriesUncategorised