Just in time for Christmas the Cadenhead Club offering arrives at shops for members to collect. You can read more about the club itself and the previous releases in the series as apart of my 2015 Glen Spey bottling review.

As you’ll appreciate via that article, the members cards you fill with stamps throughout the year based on shop purchases become an invitation to further whisky delights. You can stockpile and trade in for a previous release if you desire a sold-out bottling. My own preference is the specific Cadenhead Club release as the standard has been very good and its quite an exclusive whisky.

This year marks the biggest outturn for the Club release being 360 bottles. That’s a sign of its growing popularity and repeat business across the Cadenhead outlets. After all, if you’re purchasing throughout the year, for the cost of Club membership you can look forward to a great bottling normally around October time. However time itself in Campbeltown as we know runs differently and this year’s bottling just arrived in the nick of time being the week prior to Christmas.

For 2016 the team have chosen a refill sherry butt from Auchroisk distillery. Distilled in 1989, its been bottled at an impressive 27 years of age. Generally to give you some perspective based on previous releases, the retail on this Auchroisk would have been circa £110. Put that into context with the yearly outlay of your membership fee, you can collect several bottles (depending on how much you’ve bought) for no additional cost. Surely it is Christmas come early? 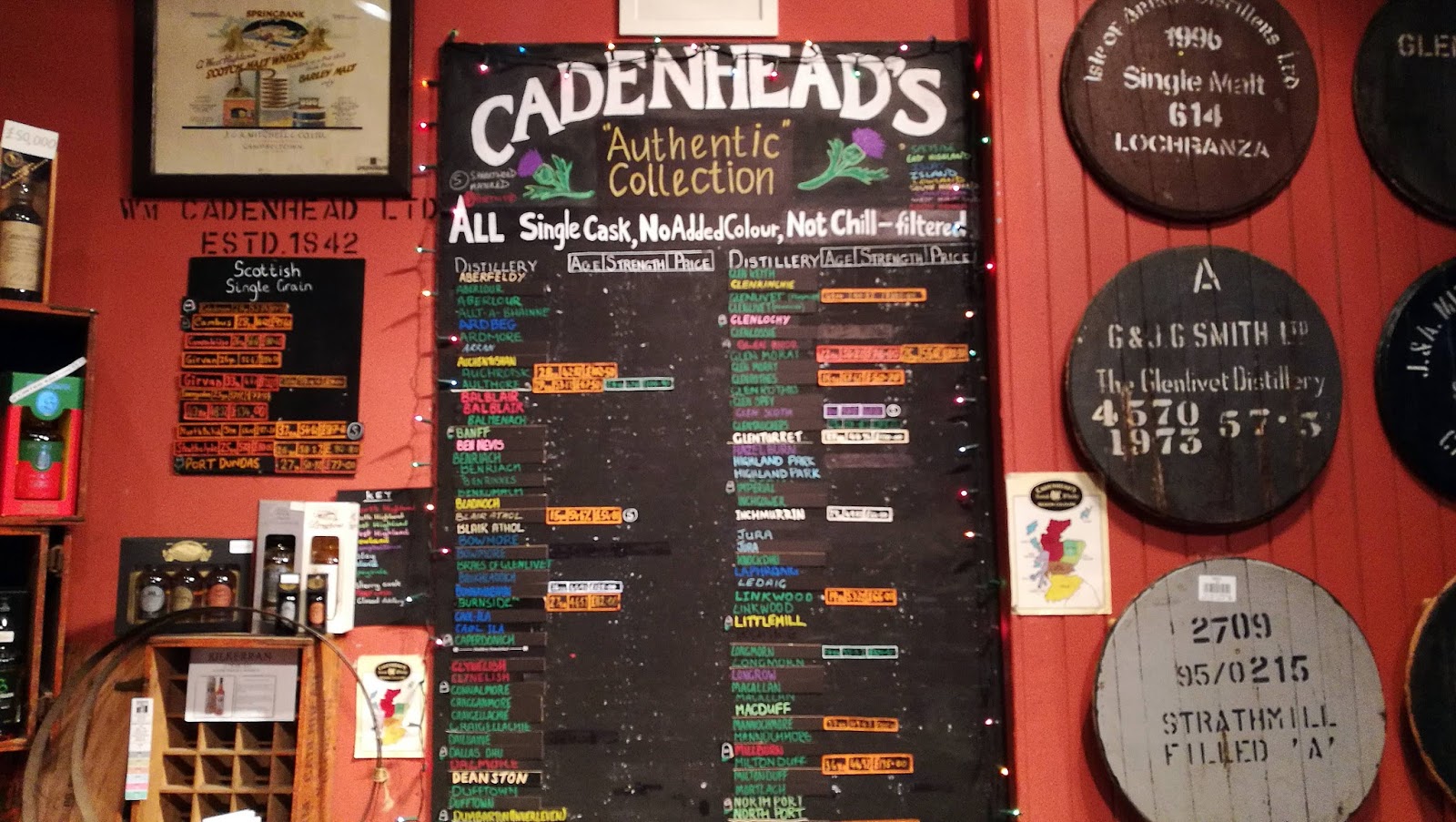 A criticism of the choices so far might be that Club members have become entrenched in Speyside. On paper that is a valid point but the quality of the whisky each year should be the determining factor and its been consistently good if not sometimes very good. For 2016 how does this Auchroisk fare?

Colour: a Highland toffee chew
On the nose: its a rather glorious arrival with tobacco leaves, stewed plums and caramelised figs. Then an autumnal slant with warmed walnuts and a Christmas pudding full of spices and raisins. This is followed by sweetness with honey, plump cherries, vanilla pod and brass rubbings.
In the mouth: initially its toffee and some dark chocolate. Black pepper is present as are tobacco leaves and then more nuttiness characteristics. Elements of fruit with cranberries and those cherries again. A sugary sweetness with demerara sugar gives way to cloves and a loved leather chair. The finish is light caramel that passes by promptly.

I prefer this one at cask strength as there’s a lovely balance present between the refill butt and spirit. A first fill sherry would have been quite dominating but here there’s depth and subtle elements at work. It’s the best Club bottling to date in my opinion and step up from Cadenheads as the membership numbers begin to swell. My only wish is that I had more than four bottles of the stuff.

There are quite a few whisky clubs or membership schemes out there offering various perks and incentives for your hard earned cash. For instance I..